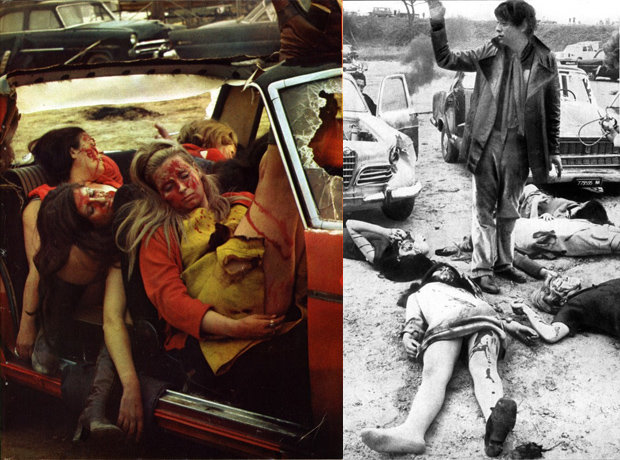 “But those who see, do not see what they see…”
—Carmelo Bene

Practically unknown outside his native Italy yet as essential to the grammar of cinema as a Brakhage, Carmelo Bene finally gets his first retrospective in the English-speaking world courtesy of the Anthology Film Archives (after running at the Harvard Film Archive) on the 10th anniversary of his death.

Though chiefly known for his theatrical work, this possessed avant-gardist gate-crashed the 7th Art leaving in his wake a succinct but indelible body of work: a death rattle of anti-cinema. ﻿Utterly removed from the abominable provincialism of auteur cinema and its authorial individualism, his films are acts of self-dispute, impudently staging the tragic farce of his inner (artistic) life.

Bene’s films regurgitate the disorder of life and its forms; with a contusive freedom of imagination he desecrates the codes of filmmaking while testing his own capacity to live up to his visions. Overflowing with burning colors and hallucinated figures, everything in his cinema is kneaded into an eccentric massacre of meaning offering a vital allegory of the world deprived of its rational cover.

This voracious visionary inaugurates his (mis)adventure in moviemaking with the baroque pantomime of Our Lady of the Turks (1968), transposing his fertile irony from a book to the silver screen. Right away Bene declares his aversion for conventional enunciation, opting for a cascade of ravenous images superimposed onto verbal communication and linear thought. In Our Lady the author puts himself on trial and plays all of the roles, boasting an astonishing modulation (both performative and vocal) deserting the routine of acting conventions.

On trial is his very cultural identity, which he vigorously tries to shake off but continues to be persecuted by. He identifies himself with a victim of the Ottoman invasion of Otranto—a city in southern Italy near Bene's birthplace where the film is shot—only to eventually long for the foreign invader (Our Lady of the Turks…) that would have delivered him from his Christian burden. The only character Bene does not interpret is that of a Virgin Mary/Saint, played by his companion and artistic accomplice Lydia Mancinelli. Around this omnipresent maternal figure the whole film and its failed mutiny against itself revolves, with our character literally being torn apart by its own wrathful and illogical determination to free himself from her symbolic shadow.

One year later, in 1969, at the Cannes Film Festival, part of the newly conceived Quinzane des Réalisateurs, Bene’s second feature Capricci is presented. Articulated around two parallel series of events that constantly interfere with each other, the film demolishes any sequential concatenation. On one side is a painter of ‘poisoned Christs’ and on the other is a poet (Bene) and his partner (Anne Wiazemsky) orchestrating his suicidal tendencies in a self-destructive performance of car crashes (anticipating Ballard’s musings on the carnality of automobiles). Fierce parody of the then fashionable dilemma of art vs. life, Capricci sees and films destruction as the last possibility for creation, savaging all that is emotionally blackmailing and institutional within the frame to expose “the total void of art.” Cradled by an intoxicating choreography of meaningless eloquence, the victims of this crash between instinct and art are the codes of realism and the assertive nature of images. 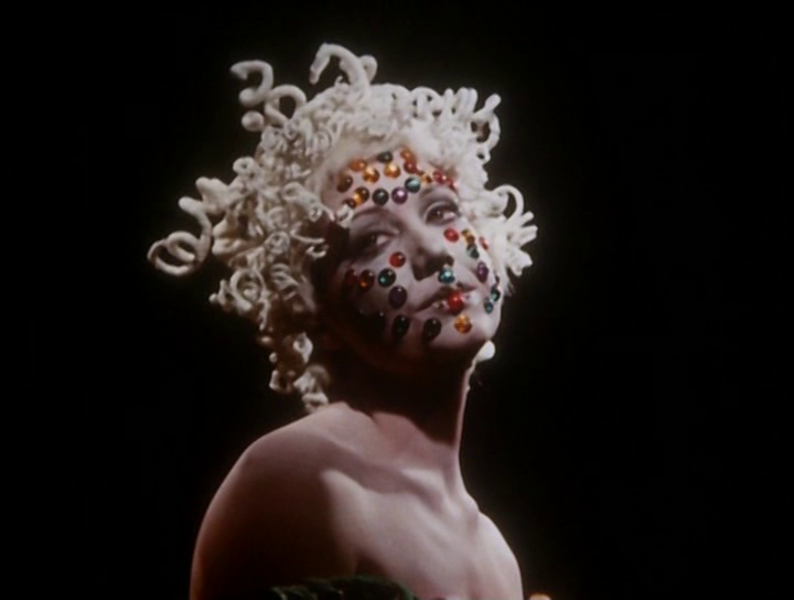 Don Giovanni (1971) is a hypnotic monument composed of circa 4000 shots suspended in a frustrated temporal gap where almost every action never comes to a conclusion. The ultimate impossibility to seduce (in) a world of multiplying gazes corners the mournful womanizer in a dark claustrophobic space (Bene’s apartment in Rome), where he unsuccessfully courts an unripe young girl. The film comes to a halt with a quote from Borges—“copulation and mirrors are abominable because they multiply the number of human beings”—and our Don Giovanni breaking the mirror where his vanity had thrived.

Loosely based on Oscar Wilde’s text, Salome (1972) reaches exquisite heights of visual lunacy, between neo-psychedelia and pompous classicism. Here we feast on a Roman banquet of fluorescent excesses and wild blasphemy, with a Jesus/Dracula watching his apostles fighting over who is going to betray him for a few coins. Another random character crucifying himself on a luminescent cross only to end up with a spare hand… A dissonant contraction over the leftovers of formal opulence, Salome fascinates the spectator for its luxuriant magic and demented spasms.

One Hamlet Less (1973) ends Bene’s cinematic chapter with a caustic parody of Shakespeare's tragedy. The pallid prince, though, is more inclined to the Parisian jetset than the revenge of his father's assassination. Hamlet’s existential crux is declassified to a materialistic “to have or not to have” scribbled on scrap paper for Horatio to read. In this film Bene tries to bridle his lyrical frenzy but in doing so the stylistic elements expose their own isolated artifice instead of melting into the sensual overcharge typical of his work. Resembling at times a filmed play, there remain moments of inspired montage and chromatic acrobatics.

Despite being self-sufficient, Bene’s cinema exceeds itself, perennially not reconciled with ‘the norm’—neurotic, undisciplined and almost irritating, yet capable of exhilarating solos against tumultuous backdrops of ornamental delirium.

His irreverence towards the limits of communication and his insolent presumption that nothing is insuperable are as palpable as they are visible in the lysergic storm of unhinged signs his films are. The sensorial amalgam of syncopated gestures and visual palpitation lends Bene’s cinema a vivid and carnal dimension that knows no equals. A cinema that does not communicate around pre-existing realities, that negates the immediate relation between aesthetic representation and the world thus denouncing the mendacious nature of the civilization of images.

The reality of fiction in his films is not any falser than the fiction of ideology that informs our morality, worldviews and perception of “reality.”

Bene's deviant creativity, its iconoclastic implosions and their "hallucinatory perversity" were tenderly cherished by the late Amos Vogel, aptly enough, in his Film as a Subversive Art.

Celluloid Liberation Front is a multi-use(r) name, an "open reputation" informally adopted and shared by a desiring multitude of insurgent spect-actors, aesthetic dynamyters and random deviants. For reasons that remain unknown, the name was borrowed from a collective of anti-imperialist blind filmmakers from the Cayman Islands. @CLF_Project﻿﻿