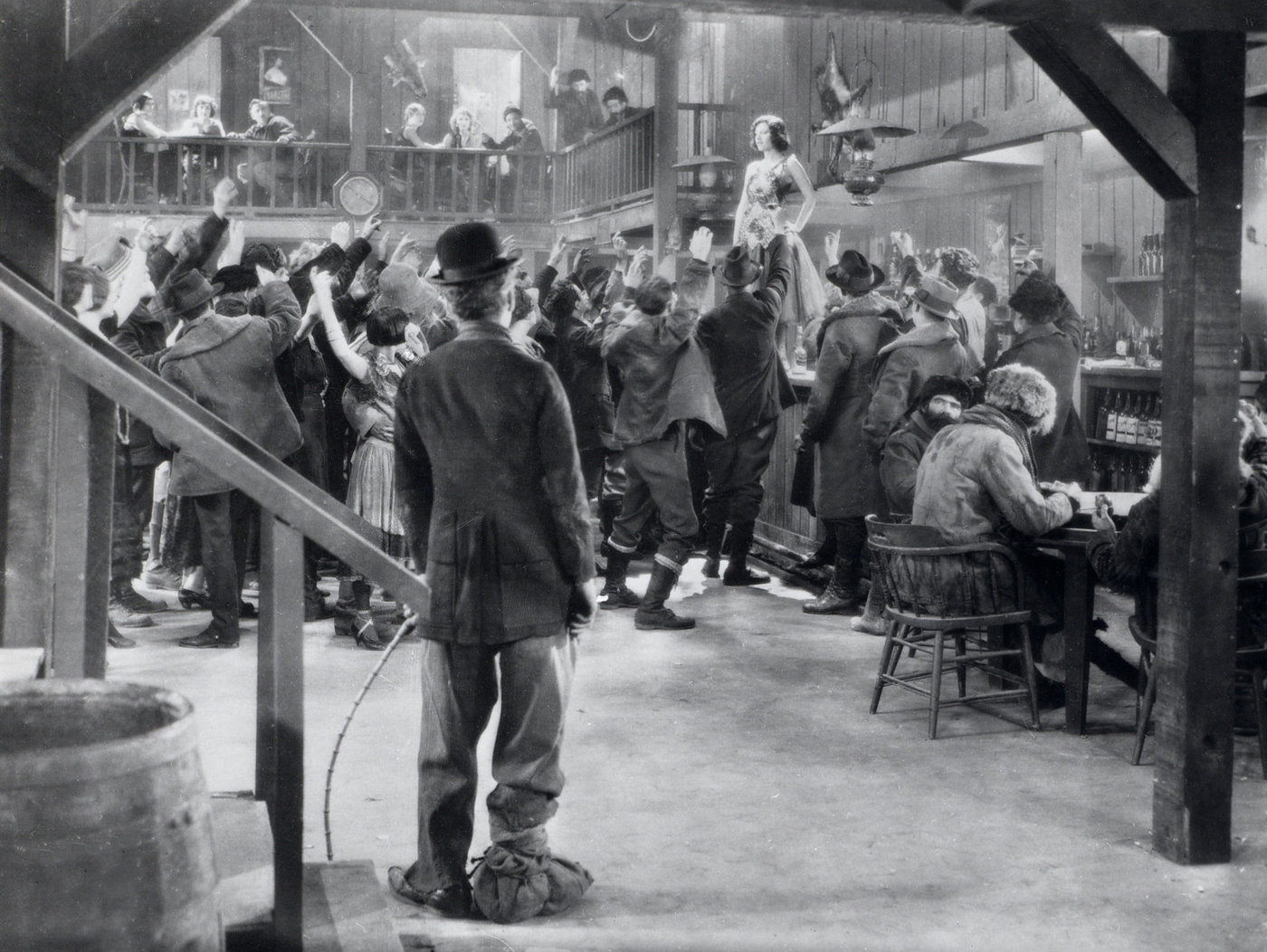 Image courtesy of the Criterion Collection﻿.

I suppose it goes without saying that sight gags are spatial, especially in silent films, with their clear, stripped-down planes. The silents are an inviting clapboard universe, but once inside, the world seems dangerously fragile. And like some wind-up toy with a will to anarchy, a little tramp busily grinds it up—leaving a safe haven in splinters.

I admit that even now, at age 45, I'm pretty scared of Charlie Chaplin's The Gold Rush.

That cabin perched on a cliff grows more symbolic with age, plunging me back into childhood confusion. Of course I don’t regret my time/space issues—or the way Chaplin continues to manipulate them, this shoe-eating gypsy who dotes on vertigo. But I can't write about him without looking backwards and then zigzagging a bit.

My home was a tall, narrow wooden tenement with a steeply pitched roof, which acquainted me with anachronism early. Chaplin himself appeared to my childish eyes as a made thing, not a doll exactly but a construction I could draw (mostly with a blunt pencil, blacks and whites, no grays), an obsessive pastime, an odd one to boot, given my working-class status in 1970s Jersey.

Today, thanks to Criterion’s DVD release, I'm struck by how concisely and completely The Gold Rush manages to sum up my life—in terms of mood at any rate, a very adult sense of dread mixed with geeky love. The blankness of all that snow resembles nothing more than Charlie’s face when he spasms, totally devoid of affect.

The outward commotion of his body points inward, something akin to Kinugasa's contemporaneous A Page of Madness. Apparently, my eventual taste for disjointed experimental cinema was already full-blown in my “naive” adoration of Chaplin's hard-won whimsy in The Gold Rush.

None of his other films have such a harrowing sense of "scope." The painted cliffs loom large, as gold-greedy speculators meet their maker. Jabs at American entrepreneurship leave the audience punchy but smiling...