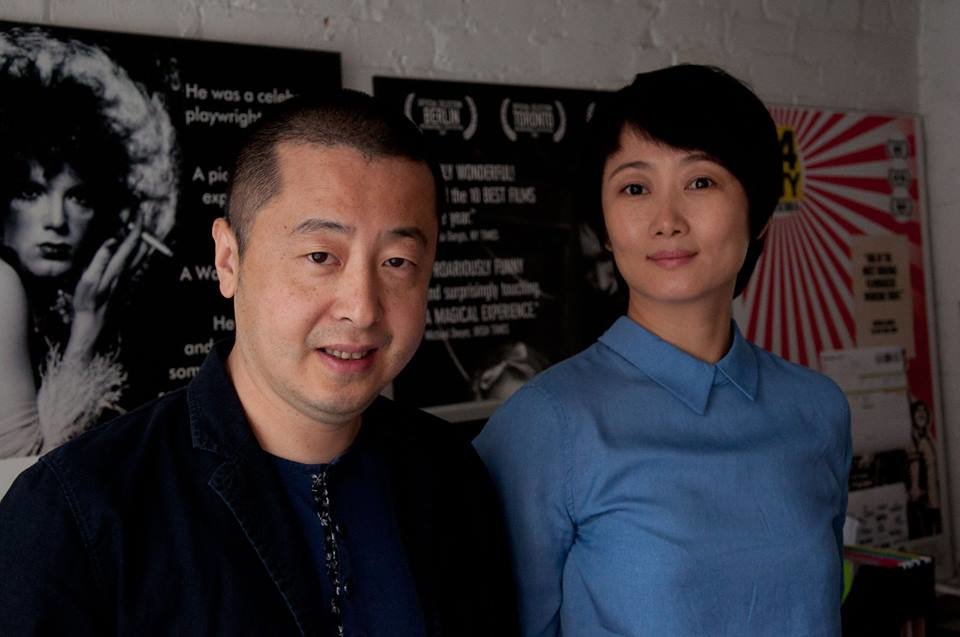 “Resorting to violence is the quickest and most direct way that the weak can try to restore their lost dignity.”
– Jia Zhangke, in the press notes for A Touch of Sin

Since the 2006 diptych, Still Life (Sanxia haoren) and Dong, Jia Zhangke’s work has tended toward the documentary side of the fiction/non-fiction spectrum, and much of the pleasure of watching these recent films owes to Jia’s clever invention—his playful and curious disregard for traditional forms. (Five years later, I’m still not sure how to even describe a film like 24 City.)

In that regard, A Touch of Sin represents a noteworthy turn for the director, as the new film is both a return to standard narrative filmmaking (relatively speaking) and Jia’s first experiment with genre: produced by Office Kitano and inspired in part by King Hu’s classic martial arts films, A Touch of Sin is Jia’s 21st-century take on wuxia cinema. As Marie-Pierre Duhamel points out in her essay for MUBI, however, despite the superficial shifts in style, A Touch of Sin “appears so strongly rooted in a set of themes, characters and concerns that run through Jia's filmography that its most striking beauties may well be in the consistency and strength of his film world.”

Structured like an opera, with a prologue, multiple acts, and an epilogue, A Touch of Sin tells four stories that were inspired by real acts of violence in China and that span from the north of the country to the south. I spoke with Jia about his “comprehensive portrait of life in contemporary China” at the Toronto International Film Festival, where A Touch of Sin received its North American premiere.

Special thanks to Aliza Ma for acting as translator during our conversation.

NOTEBOOK: I’d like to begin by talking about the fourth story, which is about a young man [played by Luo Lanshan) who drifts between various jobs and towns before, ultimately, committing suicide. It’s different from the other stories in interesting ways. You once said in an interview that Chinese youth don’t know how to communicate. Do you still believe that to be the case?

JIA ZHANGKE: Ever since Unknown Pleasures [2002], I’ve been exploring the disparity between the new generation of wealthy Chinese and those that came before. The rapid growth of the economy and changes in our political structures have expanded the divide between the rich and the poor. The youth I focus on tend to be the victims of these recent changes rather than the beneficiaries. As the economy expands, so does that disparity. And, as a result, more suffering.

NOTEBOOK: So, then the lack of communication is mostly a result of economic changes and poverty. What about the other institutions that enculturate us? Families? Education? Are they systematically failing this generation, too?

JIA: The boy in the fourth story was conditioned in the same way that his parents were. When he grew up, his parents were working, so he was surrounded by other children and by elderly people but not necessarily by parental figures. Wang Baoqiang’s character in the second section would have had the same experience.

Today, there are two kinds of youth who don’t have steady work. The first is people who haven’t graduated from high school. The second group has perhaps finished high school, but the next step, applying for university, is a very selective process, so they perhaps don’t make it there. The impending sense of loss begins early, while preparing for exams in high school.

NOTEBOOK: Luo and the girl he meets [played by Li Meng] both seem to drift aimlessly, never quite connecting with others in any meaningful way. It’s a recurring image in your work. For example, there’s a beautiful long-distance shot of them walking through a barren landscape, dwarfed by a massive factory in the distance. Ever since Still Life [2006], I’ve come to expect buildings like that to take off like a rocket—it’s such a strange world you shoot.

JIA: The premise of the fourth section was inspired by the suicide of a Taiwanese factory worker. The building you’re talking about is in Guangdong, which has the highest density of factories in the world. They manufacture iPhones and those types of things.

NOTEBOOK: One reason I’m asking about the fourth story is because in the other three sections, the main characters turn to violence, which in a way is a kind of heroic act. I’m interested in what makes the young boy different. Is it the difference between anger and despair?

JIA: The first three stories are about people acting violently against others; the fourth is about people who act violently against themselves. In the first three stories, you can identify an antagonist; in the fourth, it’s difficult to know with whom the youth can be upset. There’s no direct enemy. Perhaps there are elements that contribute to the formation of his anger—the noise of the factory, his general milieu—but it’s a formless anger. There’s no clear source to which he can direct it.

NOTEBOOK: I had mixed feelings about A Touch of Sin until the epilogue. In my notes I’d written "L’Argent"—I think because of the scene in which Zhao Tao’s character is beaten by the man with a fistful of money. But the final sequence gives a shape to the film by turning each individual story into a ballad or fable, which rescues it all from cynicism. I won’t call it a happy ending, but there’s suddenly, almost magically, a kind of grace or redemption.

JIA: I agree! By the end of the film, Zhao Tao’s character has passed through this period of darkness and violence.

Often in China I’m asked why I choose to depict such violence, and my response is that it would be naïve to think a film can positively affect the violence and darkness of Chinese society, but confronting these conditions is itself an act of courage. I believe it’s important that we do so before the darkness and violence become worse.

NOTEBOOK: Your characters often show very little emotion, but the violence here, like the musical sequences in all of your films, serves as an expressionistic touch. Does beauty serve the same function? I’m thinking of a shot of Zhao Tao sitting bored at her reception desk, which you shoot through a window. She’s expressionless, but the image itself is remarkable and exploding with emotion.

JIA: A Touch of Sin alludes to wuxia films, and a defining characteristic of the genre is that the heroes are always on the move. Scenes take audiences from one location to another. The photography in this film, the landscapes you see, span from the northernmost to the southernmost parts of China. I wanted the photography to represent as much of China as possible, because along with the characters’ personal interactions and expressions, their stories are being told by their surroundings.

My films are interested in the relationship between people and the spaces around them. In A Touch of Sin I explore new parts of the Chinese landscape, places like the airport and high-speed trains, and these spaces become part of the face of China.

NOTEBOOK: As a western viewer, I often wonder what I’m missing, and I’m curious in particular about the accents and dialects in this film. How does language change as the film moves from north to south, and what do those changes tell us about the characters?

JIA: Yes, foreign audiences are often attuned to the changes in locale. They notice the gradual transition from the dry minerality of the north to the humid, tropical environment in the south. But language is also an important landscape in this film.

Each story is told in a different dialect. The first part is in Shanxi, the second is in Chongqing, the third is in Hubei, and the fourth part is a smorgasbord of dialects, including Cantonese. Regional stories—for example, a Shanxi story—should be told in regional dialects. Many, if not most, of the films produced in mainland China conflate them all into Mandarin. This makes me very uncomfortable. It’s unsettling.

All of the main characters are played by professional actors, but it was very important that each speak in the appropriate regional dialect, so I made them study. It was also important that others who appear in the film be the faces of that specific region.