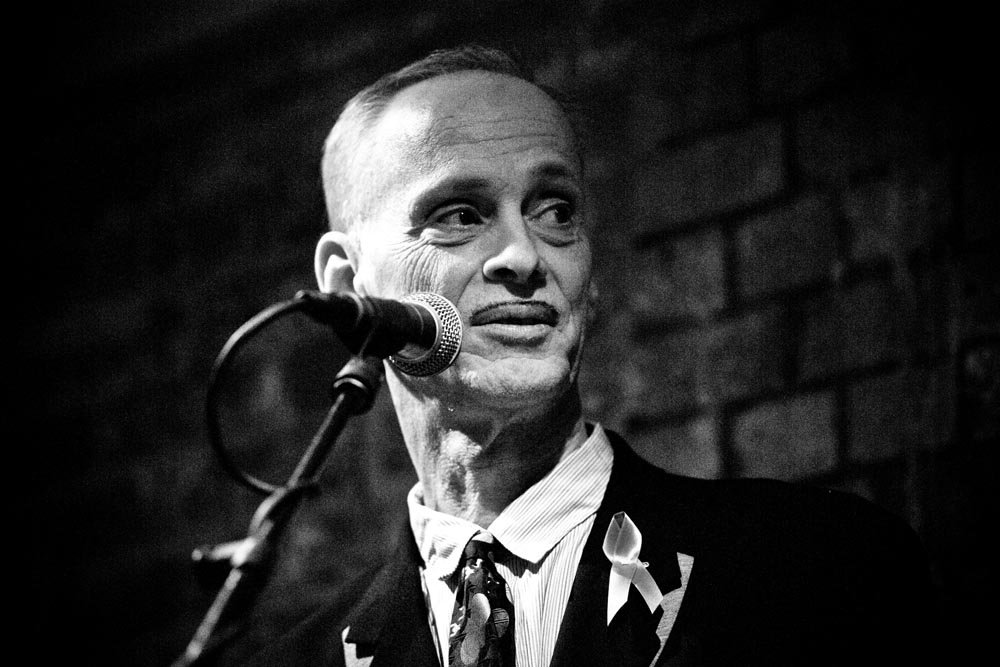 There oughta be a law. Just as it should be illegal for sprawling malls and the Walgreen's on the corner to barf up Christmas decorations before Thanksgiving, so, too, should critics organizations and other awards-giving bodies be banned from opening the season until Artforum posts John Waters's annual "Best Films of 2011" list on December 1. Tradition, people.

Today's the day, and since it's also World Aids Day, I'm choosing his #9 as a sample quote: "We Were Here (David Weissman) Half my friends died of AIDS, so this simple and painfully told doc on the disastrous epidemic's effect on San Francisco is personal. If you don't sob watching, maybe you should be dead too."

Joining Waters on the same page this year is Ed Halter, founder and director of Light Industry and — whoa — a co-curator of the film and video program for the 2012 Whitney Biennial, opening March 1. His #1: "Inkblot films (Luther Price) Produced by scraping the emulsion from old footage, recutting it, and coloring it with inks and Sharpies, Price's 16-mm and Super 8 inkblot films — a selection of which he screened in person in Milwaukee and Chicago this year — have nothing of the stained-glass delicacy characteristic of handpainted work; rather, they struggle through the projector with an unsettlingly existential corporeality."

And there are more lists in this issue, of course: Music, dance, lots of art and, in the books section, J Hoberman recommends Peter Maresca's Forgotten Fantasy: Sunday Comics 1900–1915: "This wildly anachronistic, massively outsize (which is to say, full-size) color compendium of ancient broadsheet Sunday funnies embodies two media forms, one all but vanished and the other increasingly beleaguered." 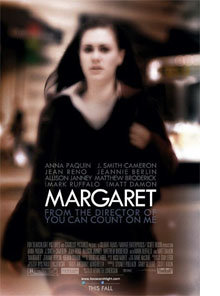 In other news. "There's a petition to get Fox Searchlight to send out year-end screeners of Kenneth Lonergan's Margaret to critics and other voting groups. Please sign it," urges Bilge Ebiri. Many believe Margaret came and went too briefly, too quietly and in too few theaters. Bilge: "This wasn't a deliberate burial so much as a case of a studio not knowing what to do with a film that had already been orphaned a while ago…. You can read about the film's protracted and contentious journey to the screen, here." And he's also pointing to reviews by Glenn Kenny, Alison Willmore, Mike D'Angelo and his own review.

"At the end of December, our public television program Ebert Presents At The Movies will go on hiatus while we find necessary funding," announces Roger Ebert. "We've spoken to the top executives of several channels and film distributors, charitable foundations, web delivery services, potential corporate sponsors, and crowd-funding sources. And we are still talking with them, but the time crunch has intervened. It is a complicated process, and so we are going on hiatus while we sort it out."

Goings on. MoMA's series Iberoamérican Images opens this evening with Ciro Guerra's The Wind Journeys (2009) and runs through December 15.

Also in New York this evening, Glenn Kenny will be hosting a discussion with Kevin Avery, who's edited Conversations with Clint: Paul Nelson's Lost Interviews with Clint Eastwood, 1979 - 1983 and Everything Is An Afterthought: The Life and Writings of Paul Nelson.

DVD. Ben Sachs is now blogging regularly for the Chicago Reader: "No American movie of 2011 exceeded my expectations more than Monte Carlo, an escapist comedy that was marketed primarily to preteen girls. While the film certainly works as a wish-fulfillment fantasy, it's also an object lesson in the art of movie direction, demonstrating how a sensitive filmmaker can elicit universal meaning from trite material." Out from Fox.

In the works. "David Milch will be tackling William Faulkner's works for HBO," reports Margaret Lyons for Vulture. "The agreement covers all of Faulkner's work (except for pieces that are already optioned elsewhere), and Milch's adaptations could be shows, mini-series, or movies. Milch and Faulkner go together like decaying societies and muddy underpants: Perfectly." 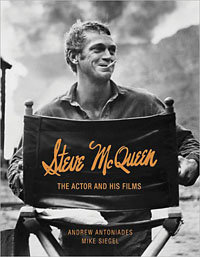 Jeremy Renner tells the Playlist's Todd Gilchrist a bit about two projects he's working on with James Gray, Low Life ("There's a pimp and a whore and a magician, and I get to play the magician, in a really cool, early 1900s immigration movie") and a biopic about Steve McQueen. Speaking of whom. As part of the gift guide in this week's Austin Chronicle, Marjorie Baumgarten recommends Andrew Antoniades and Mike Siegel's "handsomely designed, oversized volume" Steve McQueen: The Actor and His Films.﻿

Hammer Films and Cross Creek Pictures are taking on an adaptation of Cherie Priest's Boneshaker, reports Dave Lewis at Hitfix: "Nominated for a 2012 Hugo Award, the steampunk SF story takes place in an alternate version of 1880s Seattle, where much of the city's populous has been turned into 'Rotters' (AKA zombies) after exposure to toxic gas. A young widow searches for her teenage son against the apocalyptic backdrop where airship pirates, criminal overlords and armed refugees roam the desolate Emerald City."

Glance. Everyone's loving this shot of Daniel Day-Lewis taking a lunch break on the set of Steven Spielberg's Lincoln.

Photo of John Waters by Daisy Honeybunn.﻿ For news and tips throughout the day every day, follow @thedailyMUBI on Twitter and/or the RSS feed.﻿﻿﻿﻿﻿﻿﻿﻿﻿﻿﻿﻿﻿﻿﻿