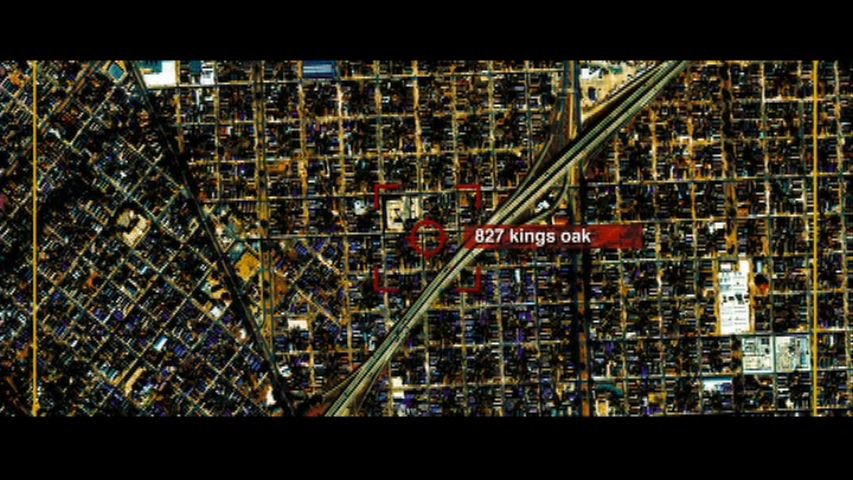 Tony Scott always likes to combine the old with the new. He is fascinated by the latest digital and electronic technologies, which he both uses to make his films, and also depicts within them. But he is equally fascinated by older technologies, like the trains that stand at the center of his last two films, The Taking of Pelham 1 2 3 and Unstoppable. These older technologies still persist alongside the newer ones, just as blockbuster movies, such as the ones he made, still persist in the world of video games and YouTube remixes. Even in our cyber-era, people still ride trains; and even with the shift to a virtual, computer-based service economy, people still have to physically drive, maintain, and manage those trains.

Scott's predilection for combining new media and new devices with older ones is evident both in the content of his films, and in their form. Especially in his late (post-2000) films, Scott makes use of digital image- and sound-processing programs; but he also retrieves and repurposes antiquated technologies (like the hand-cranked cameras used to delirious effect in Domino). A similar combination animates his treatment of narrative and character. On the one hand, Scott is a pioneer in developing post-cinematic modes of spectacle; he pushes the boundaries of genre filmmaking by scrambling his plots, by transforming and multiplying media forms, by using these media forms self-reflexively, and by developing an aggressively blatant "cinema of attractions." Stylistic manipulations of images and sounds are foregrounded, and seem to be indulged in for their own sakes. At the same time, however, these films continue to utilize all the traditional cinematic mechanisms of narrative progression, and of audience identification with characters. No matter how outlandish and exuberant his audiovisual inventions, Scott nonetheless manages to ground these in the (sometimes deranged) psychosocial experiences of his protagonists: Keira Knightley in Domino, and Denzel Washington in the other four late films.

Consider the scene, a bit more than a half hour into Déjà Vu﻿, where Denzel Washington's character is first introduced to the top-secret viewing device that is able to peer exactly four days and six hours into the past. This technology is presented in a manner that is futuristic, but not excessively so. In fact, every aspect of the viewer is recognizable to us, because it shares the look and feel of high-tech, but actually existing devices: video surveillance and digital image processing equipment, plus something that looks sort of like a centrifuge (this latter is used to send artifacts, and eventually Denzel himself, back in time). The presentation of images and sounds through these devices is entirely post-cinematic. On the device's enormous video screen we see digital pans and zooms through simulated image maps, as one or another target is calibrated and acquired. It is only at the end of this process that the video image on the screen becomes conventionally "cinematic" in terms of lighting and camera location. And even then the image on the device's screen is framed by other screens filled with data, as Denzel and the scientists watch it from behind control panels.

At the same time that its look and feel remains entirely contemporary, this technology is entirely science-fictional, in that it gives us a "real-time" one-way link to the past. Paula Patton's character is dead in the "present" of the film, but she is still alive in the past moment that we, along with Denzel. are able to view. And this is crucial. The film insists, both in its dialogue and with the force of its presentation, that the past moment accessed through the viewer is just as "real," and indeed just as "present," as is the present-time action of the movie. The technological mediation of the viewing device, within the film, doesn't impede presence, desire, and identification any more than does the more traditional cinematic technological mediation through which we watch the film as a whole.

And so, as we watch extraordinarily fractured images, with a close-up on Denzel juxtaposed against the much larger close-up of Patton on the video screen, we get an exchange of identifications: we stare raptured at Denzel, who stares raptured at Patton, who glances around confused with the vague awareness that she is somehow the object of somebody's gaze. And it's here that Scott relies on one of the oldest cinematic mechanisms of all: that of an audience emoting-with the object of their gaze. Indeed, no director has ever brought out Denzel's star quality as Scott did in their five films together. The scene insistently calls attention to its numerous, and obstructive, mediations; and yet it all turns on the ways that Denzel—through the close-ups on his face—manifests confusion, anger, wistfulness, defensive humor, and finally a kind of transcendental yearning -- as he views Patton's figure through a strange, ambivalent intimacy-over-distance reminiscent, perhaps, of certain privileged moments in Hitchcock.

In short, Tony Scott embraces both the old and the new, when he routes traditional cinematic subjectivity through the fragmenting and alienating pressures of the most advanced technologies. He manages, miraculously, to have it both ways: to make a film that expresses both the cybernetic future into which we are rushing, and the now-receded modernist heroism of an earlier era; and to make a film that experiments with the best of the avant-garde, while remaining committed to mainstream action-movie values.﻿ 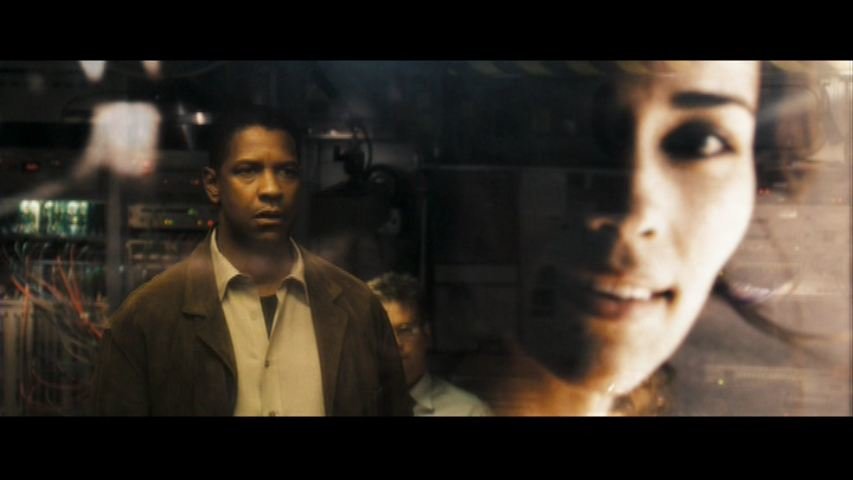 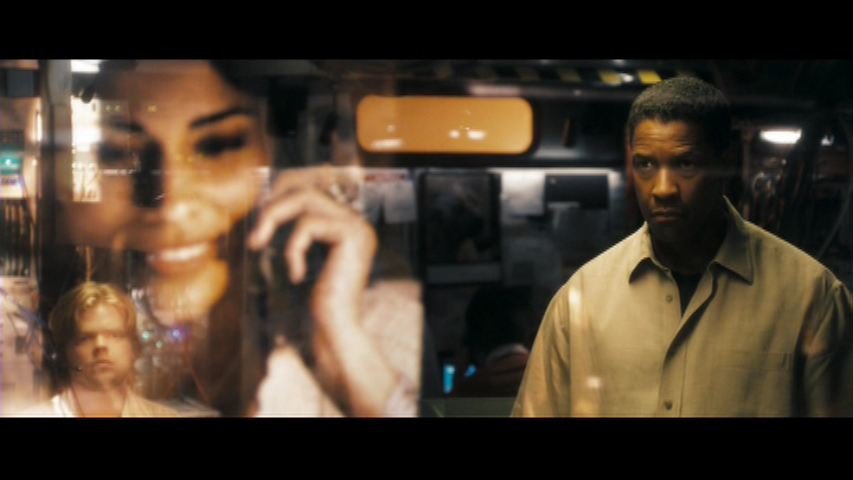