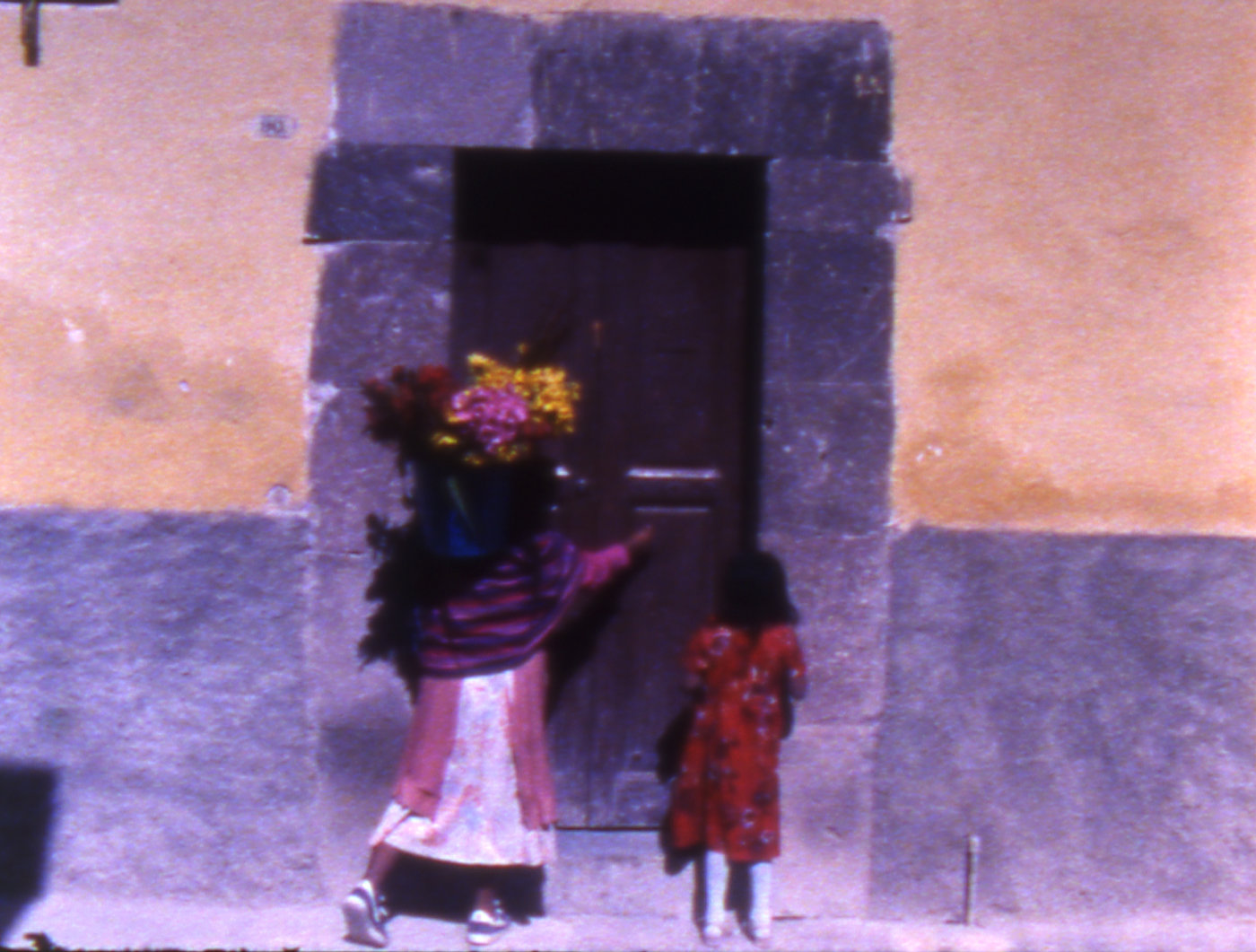 Just after watching Chick Strand’s Señora con flores (post-production work completed this year by the Academy Film Archive) I wrote in my notebook, “Never seen purple like that.” I know that I was referring to the flowers, just as surely as I know that I cannot now conjure their delicate shade. And yet while the searing immediacy of the colors and textures of Strand’s late portrait (she died in 2009) elude conscious memory, the resistance between the filmmaker’s subjective camerawork and the titular subject’s voiceover stays in mind.

﻿Strand experimented with many different forms and styles across decades of work, but Señora con flores’s immersive close-ups are characteristic of the films she shot in Mexico and South America. The fully zoomed camera brushes universal sentience as it bows before the limits of knowledge. Needless to say, Señora con flores’s style is at odds with the objective distance sought by many ethnographic films. Unconscious tremors in the artist’s hand rock the frame with terrific force; it’s the flower seller’s narration that provides a steadying hand. Her plainspoken descriptions of a life suffering her husband’s egregious abuses runs through the film like a river. In the torrent of color, we watch the woman selling door-to-door and then going to wash. The images float free from the indexical bonds of documentary evidence, embodied yet abstracted. The voiceover anchors the film in time, disembodied yet physically telling. Strand strikes the differing elements of experience against one another as if to start a fire. 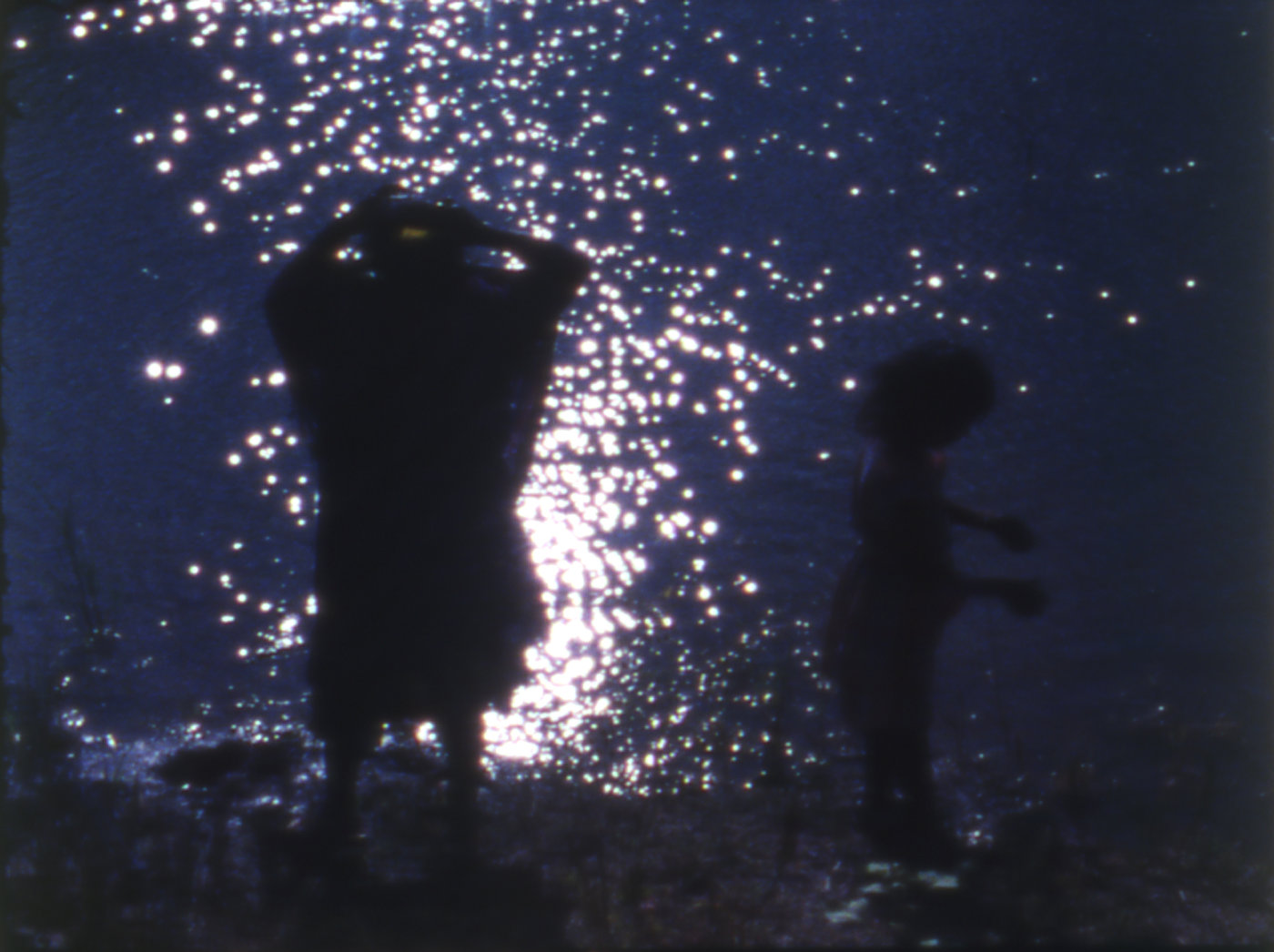 ﻿The woman’s painful testimony exists beyond Strand’s visual scope, but in the gap between how the image shows and what the voice says exists something like intimacy. The flourishing vision (the woman and flowers radiate the same blessed light) and the burden of listening are dual expressions of empathy. Strand opens her camera to uncertainty, and the woman’s running account suggests that she feels secure enough with Strand to speak openly. The two liabilities are not equivalent but entwined (Strand combined multiple women’s testimonies in several of her films, notably in 1979’s Soft Fiction). There are those remarkable interludes in life where we reveal things to a stranger that we wouldn’t to our closest friends. This seems basic to the documentary exchange, but rarely does it manifest with such poetry. ﻿

﻿The film's end credits note the years of shooting and editing, 1986 and 1995. Strand often let footage sit, eventually editing several projects simultaneously, but Señora con flores’s fierce intimacy draws attention to the ellipses. What is it like to spend so many years sculpting a narrow band of experience that in its regular course would have fallen away as fruit from the tree? We might listen to Odilon Redon, a great painter of flowers: “Flowers [are] at the confluence of two river banks, that of representation and that of memory. It is the soil of art itself, the good earth of the real, harrowed and tilled by the spirit.” Strand reaps just such a harvest, and the result is beautiful and just. ﻿ 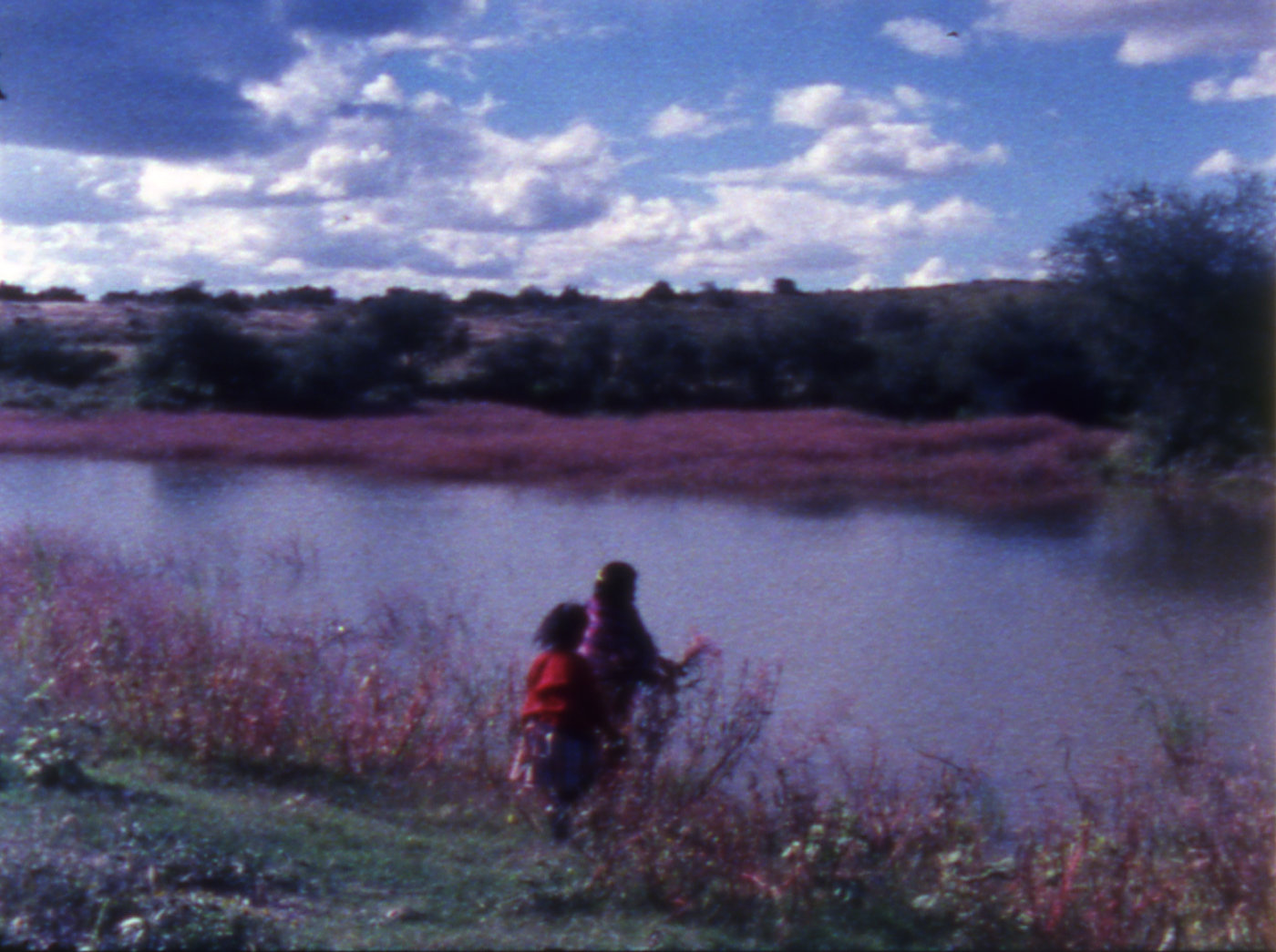