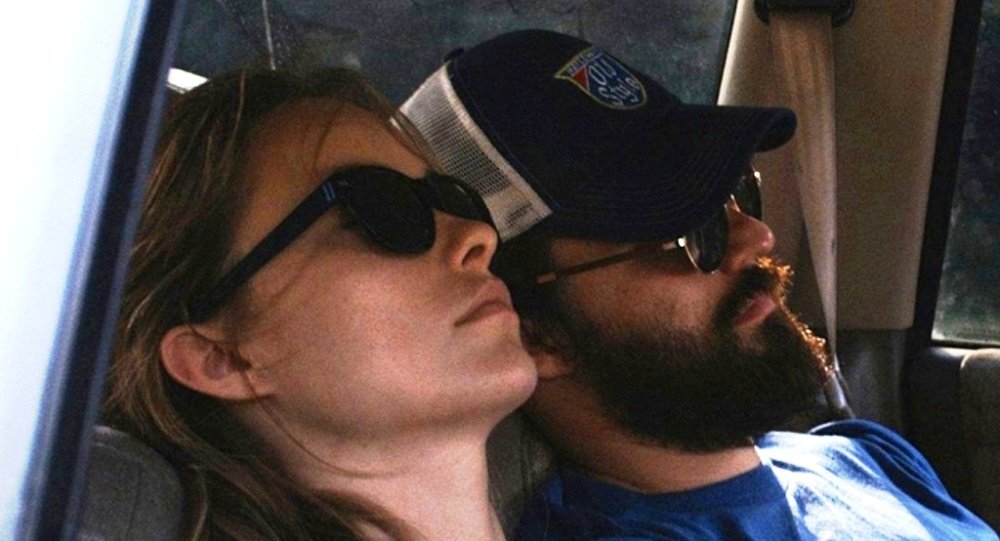 Drinking Buddies is an easeful film one watches to compare the archetypes of the generation one lives in against one's life. When seeing the banality of middle class living inside the film, the viewer may question one’s own life lived instead of the empty ones on the screen: Am I this conceited? Why is my best friend so lazy? Does my beard make me look fat? But the images the film constructs aren’t strong enough to stop the inquiry from swelling to Barthesian proportions, and more spaces open to query what exactly one is doing with one’s life to be watching such a film. Why do people hi-five so much in the last fifteen years? Why do I hi-five? I’ve been to Chicago. Chicago looks like Portland in this film. Should I move to Portland or Chicago? Are microbreweries a metaphor for scrappy individualism or the snobbery and capitulation to a tired capitalism? The microbrewery as setting is merely the effect of science making friends with money and taste. Till finally, the solipsism comes full circle: Sharing a beer is a gateway to falling in love. My relationship to myself will bloom in Chicago. Sharing a beer can make me discover that I don’t love anybody but myself. In Chicago, my relationship to myself will turn others to salt.

The pulse of the film is well regulated. Its life is pretty much like the life the average middle-class American leads. Somebody doesn’t say something, somebody gets hurt. Somebody does say something, somebody hurts his hand. Get over it. Have a beer. It’s a nice, able reality check, but it’s too full of the uniform affliction of the middle class that’s been building up in people raised on cable TV and a plethora of channels, as well as a later life of taking pictures and videos of themselves and posting them on the Internet to give their creators a presence. In its too tight mimicry, Drinking Buddies lacks the “otherness” that is art. If projected in Plato’s cave, the film would easily overshadow the shadows of artifacts and create a new realm of mystification.

The film doesn’t utilize the cinematograph. One might argue it is doctrinaire for a “Mumblecore” or even neo-Mumblecore film, as this is, not to tool with the camera, for nothing to get in the way of the performers. The father of American independent cinema, John Cassavetes, let his camera get in the way all the time, focusing and refocusing, buzzing closer and closer to the characters, thrusting at times, and still the characters dominated the mise en scène, because, in the words of critic Kent Jones, he “ma[d]e people themselves into his mise-en-scène.” Joe Swanberg’s camera is docile in this film—instead of doing the cinematography himself, Ben Richardson (Beasts of the Southern Wild) photographed the film, which may account for the disconnect. The cold camera is afraid of the characters. It’s unfriendly because it can’t be sure of its relationship to them. It doesn’t paw at them like in Swanberg’s earlier films. Did the producers say to Swanberg, “None of that fuzzy stuff, we need a distributor”?

Hampered visuals aside, the story concerns two couples who go on a trip and explore their attractions to the each’s significant other, two of whom (Kate and Luke) work and flirt together in a Chicago microbrewery, but are not together. Swanberg’s idea of less is more keeps things moving. He knows enough not to bother adding to scenes that are too loaded, like when Kate goes skinny-dipping against Luke’s wishes when they are alone, which Swanberg whittles down to leave the viewer not knowing the outcome. Ending it with Luke staying on the beach keeps the tension tense and though the audience can’t really know what happened, whether the non-couple sleep together or not, they can intuit that the two don’t take that leap. Yet, the “fill in the gaps” filmmaking carries its own hazards, as sometimes what is left out is character-building. The characters have faces and they have their mini-celebrations for temporary happiness, but for Swanberg, backstory is for the birds. We only know what they like or are like from what they say, but this only maps half the brain—the inner half is a fog. A day or so after Jill (the live-in girlfriend of Luke) kisses Chris (Kate’s boyfriend) on the trip, she decides to go to Costa Rica with “girlfriends.” A viewer leans toward the possibility of her meeting up with Chris there, or at least going somewhere with him instead of Costa Rica, as she abruptly tosses out that notion to her boyfriend. Why does she say “girlfriends” when her boyfriend asks who she is going with? Why not name them? And why wouldn’t he pursue this? “Girlfriends” is a nice sly lead-in to a lie, but it only misleads the viewer to yearn for complications the word promises.

The gestures of the actors are correct, they're how many middle class Americans in their twenties and thirties emote—through an American nerdspeak essentially, a false front wherein the eyes go googly. The actors’﻿ faces twitch with affections and compromised caring and they smile when there is no reason to smile, when it is actually discourteous to do so. They insist on bringing someone else “good times,” and on reinforcing the mean mantra appropriated by both the liberal and the apathetic, “It’s all good”—a saying that buries the pain of disappointment so it may live longer another day.

Swanberg may be good at reproducing the masks of the generation, but as the poet Wallace Stevens counseled: “Things as they are/are changed upon the blue guitar,” And that is where we are—Swanberg does not use enough blue guitar. The “what is” in the film might be aping “what is” in life, but it does not transcend “what is” like the acting in Robert Bresson films: downturned, dour, and affrontive, or in Stanley Kubrick’s: overeclipsing, cartoonish, and affrontive. There is little mystery in the actor’s affectations in Drinking Buddies because what is unsayable would be said by the framing, by the lighting, by the blocking of the actors, and by the editing, but since all that is missing, the characters and their motivations turn to putty. And so the film borders on the hysteria of reality TV, only replacing the hysteria with the simpers of people too self-involved to be sympathetic. Swanberg also favors a quiet soundtrack and when one scene falls off the next assumes its position behind similar to the quiet of the absent commercial breaks when TV shows are packed onto a DVD. Vital pieces of the art, these baptisms of filmic transition are missing, and as filmmaker Nathaniel Dorsky says in Devotional Cinema, “Shifts of light from shot to shot…[can] be very visceral and affective.” If films keep losing their filmic qualities, if videographers reign, cinema might have finally lost the battle of it becoming theatre, something Bresson had harsh words for:

Few people over forty-five will be taken with this or probably any Mumblecore film. A few of Swanberg’s early films, with their unratedness, captured the awkwardness of young relationships in their discovering the cruelties, as well as the giddy ironies and face-flushing sex, that being with another person brings. Drinking Buddies is rated R for Restricted, and what is restricted is this carnality that makes youth youth. Sex has become a bore, impelled by drinking beer—a truism of life, but a sappy cliché on-screen. The script points toward the consequences of leashing onto someone who’s already leashed, but it isn’t able to find its way to them or a visual substitute. The dark matter of life is abandoned for gimmicky silence, and in the end, for the offering of a banana from one character to another. But woe unto Swanberg. One fruity ending is like another. Two are like another two. Once one begins making them, there could be no end.