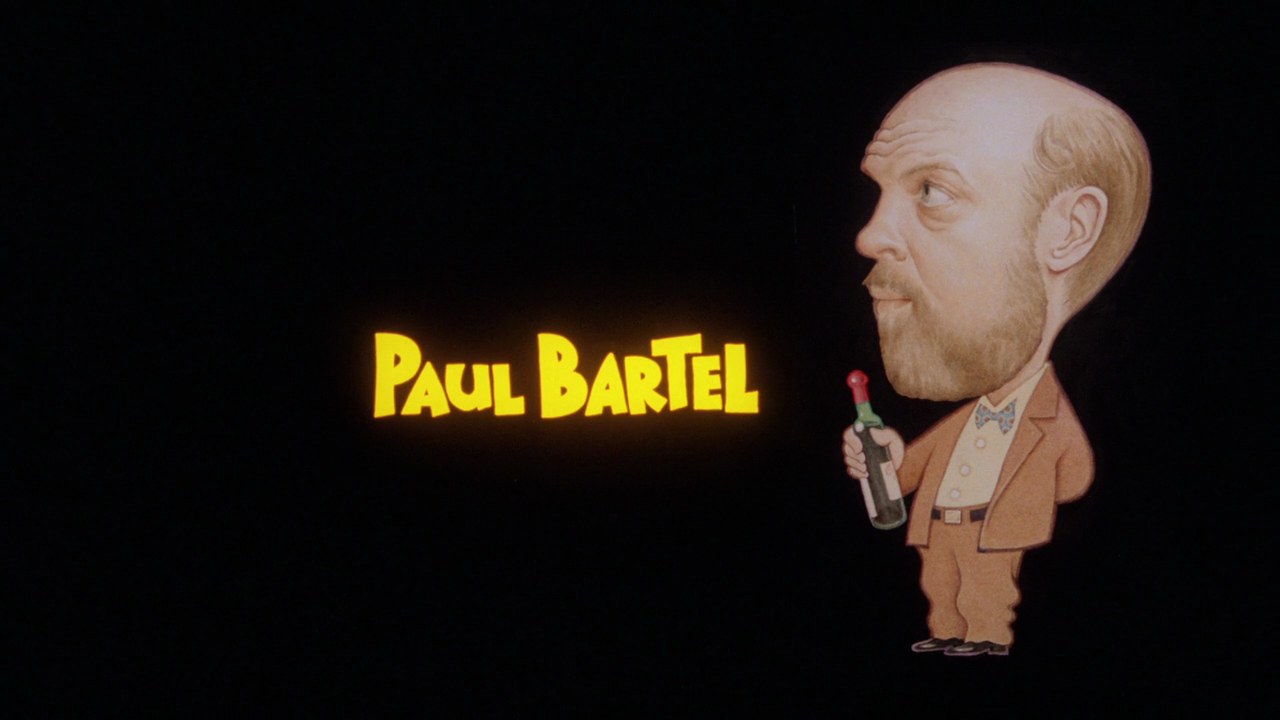 ﻿“To achieve harmony in bad taste is the height of elegance.”
—Jean Genet

A breeding ground of mutinous filmmakers, skillful craftsmen and established auteurs, the Cormanian Factory is the self-effacing creative engine of post-war American cinema. First as a director, then as a producer, Roger Corman innovated, anticipated and subverted Hollywood canons, ushering in a liberated practice of moviemaking. Instead of aping European new waves, the Cormanian Factory forged an indigenous cinema, commercial and entertaining yet resolutely opposed to dominant taste. Having always operated below the notoriety level and on rigorously low budgets, Monsieur Corman has never been recognized as the 7th art luminary he truly is. Neither Jaws nor Star Wars would have been conceived without his exploratory and influential work. His most successful pupils (Scorsese, Coppola, Demme and Bogdanovich) diligently achieved international fame, some others, like Corman himself, ‘irresponsibly’ kept on pushing boundaries within the b-movie format in the catacombs of imagination. Among these, a peculiar figure is that of Paul Bartel. A suave and refined desecrator of taste, both moral and cinematic, Bartel studied in Rome at the Centro Sperimentale after winning a bursary from the UCLA. At the 1968 NYFF his medium length feature The Secret Cinema is premiered. Bartel’s poetic debut is an acerbic and prescient Truman Show, a Big Brother avant la lettre saluted by Amos Vogel as “an extremely clever play on illusion and reality” where “the filmmaker deftly manipulates our subconscious.” It will receive a limited theatrical release in a double bill with Brian De Palma’s early horror Murder á la Mod (1968). After becoming a member of the New York Film-Makers' Co-op he has one his scripts read by Gene Corman (Roger’s brother), who will turn it into Bartel’s feature length debut, the erratic Private Parts (1972). In 1975 his commercial breakthrough came in the form of Death Race 2000, a hyperbolic parody of a future society feeding on spectacular violence in the shape of car crashing races.

In 1982 after unsuccessfully proposing the script for Eating Raoul to Roger Corman, Bartel decides to fund this project with his own finances. Considering the circumstances surrounding its production, it is safe to assume that Eating Raoul represents Bartel’s own unadulterated and uncompromising vision. The film is in fact a ferocious and vitriolic take on the American Dream in the guise of a very black comedy starring Bartel himself and former Wahrol’s starlet Mary Woronow. Paul Bland and his wife Mary live in Los Angeles dreaming of the day they will finally be able to open a restaurant while sleeping in separates beds. Finances are low and when Mary asks for a loan at the local bank the clerk sexually assaults her. Colourful and noisy swinger parties animate the Blands’ apartment building. When a lost swinger accidentally wanders in their apartment and, yet another time, sexually assaults Mary, Paul disposes of the intruder’s life with the help of a frying pan. Once they realize what a source of income that can be, they start posting fake sex ads to lure in more unwitting and fee-paying victims so as to afford their dream restaurant. 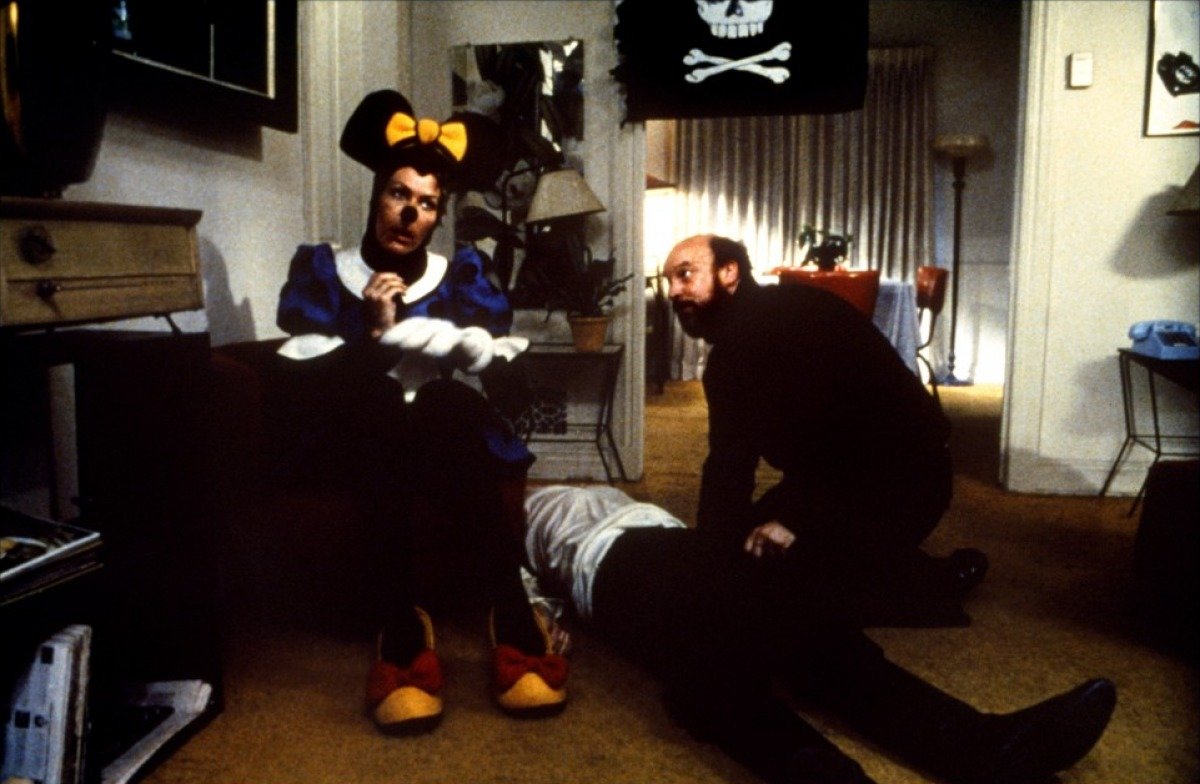 The opening sequence of Eating Raoul dead-pans over the Hollywood streets where underneath the glittering dreams of fame a universe of violence, abduction and moral corruption teems lustfully. Homeless, thieves and kidnappers prowl the capital of illusions in search of their next quick fix. For a director who has walked the B-side of Sunset Boulevard and probably smelled the pungent reek of the Dream Factory’s bowels, the aforementioned strikes as a plausible glimpse. The film sarcastically pick at the puritanical hypocrisy of the American middle class and its bent composure. Bartel demystifies the rhetoric of the American Dream that while promoting itself as open to anyone is in fact based on prevarication, on the methodical weeding out of your fellow dreamers. Murder, perversions and theft, while officially condemned, are the very currency of social climbing. So while parading as this bland Adam and Eve exempt from inner bankruptcy, Paul and Mary quickly adapt to whatever it takes to get their dream come true. When a local thief, Raoul, enters theirs lives and offers Mary the forbidden fruit even their ostensible virginal bond will be tarnished. It is remarkable how despite dealing with murders, rapes and the utmost avarice the film maintains a light-hearted though biting tone. With his trademark candour and sacrilegious spirit, the director chronicles the tasty encounter between cannibalism and free enterprise, haute cuisine and materialist gluttony.

In 1989 Bartel, crippled by changing market conditions that squeezed B-movies straight to video, will realize his late masterpiece, the Renoirian Scenes from the Class Struggle in Beverly Hills. Along with his succinct body of directorial work, Paul Bartel pursued a prolific career as a character actor appearing in films such as The Usual Suspects, Piranha, Escape From L.A. and Rock 'N Roll High School, among others. Fully deserving the Criterion regal treatment (which includes, among other extras, his early masterpiece The Secret Cinema), his work cries for (re-)discovery outside the realm of cult, for Bartel has walked the improbable line between trash and avant-garde, eclecticism and mercantilism like no other. A most unique director who scavenged the gutters of cinema and its wastes with the grace of a grand gourmet.