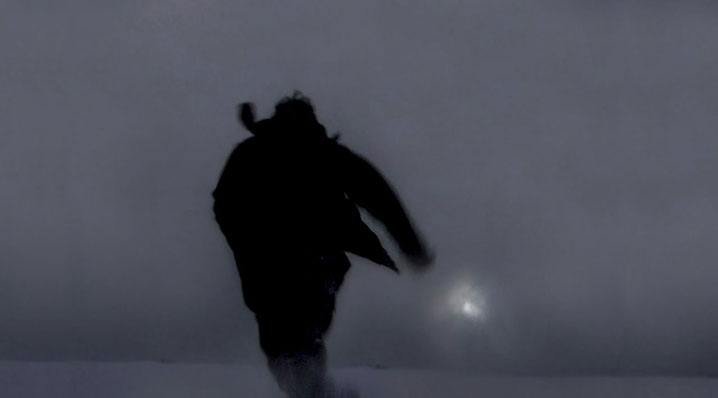 Above: Philippe Grandrieux’s divisive A Lake, playing at this year's AFI Fest.

What do you call a film festival that has shrunken by nearly a third of its former size, hired a veteran film critic as one of its lead programmers, and is offering nearly all of its screenings for free? Eccentric, foolish or, perhaps, brave and at the vanguard of something that’s fresh and more useful to the public? I’m inclined towards the latter. In a film culture constantly faced with creative lulls that seem set off by market-driven festivals like Sundance and Toronto—where the worst tendencies are elevated and the films of real artistic merit are buried under the hooplah—AFI Fest begs a conversation and then goes out of its way to make that dialogue more accessible. In many ways the films at AFI Fest are things that have not fully been discovered yet outside of critics’ circles and the most adventurous of festival travelers, and its new model—better yet, its new search—is to open that dialogue to everyone.

Less films? “There’s been some gentle tweaking,” says Rose Kuo, AFI Fest’s Artistic Director. “[The festival] used to be mini-encyclopedic […] it tried to be as comprehensive as possible. This year we did away with geographical destinations,” adding, “there were more interesting trends to follow.” Kuo cites the strong presence of Romania and Argentina in recent festival years, and said that Romania alone could have consisted of a third of the festival. “Sixty-seven films was a tight number to program,” she says.  The idea to scale down became decisive when Audi, one of the festival’s sponsors, committed to the same level of support as in previous editions. “It allowed us to do away with box-office revenue,” Kuo comments.

No admission? AFI Fest opted for a free web and telephone ticket reservation system in order to attract more filmgoers afflicted by the economic crisis. It’s certainly a sharp contrast to the Tribeca and New York Film Festival’s exorbitant prices that run upward of $18. The option has proved almost entirely successful (at the eve of the fest’s opening Friday night all but two screenings were fully reserved) and includes last-minute standby seating for those who couldn’t get reservations. In the last days, however, some online commentators have noted that they had difficulties in getting through on the phone system and complained about the venues filling up so quickly. It’s possible that the festival experiences some backlash related to this, as eliminating an admission price may also mean dozens of unclaimed seats by patrons who reserved “just in case” but don’t actually end up attending. This has apparently frustrated spectators who are willing to pay but not to take time out of their schedules at the risk of not getting in on a standby line. In comparison, most festivals—Toronto and New York included—are known for their long lines and risky “rush” seating queues, and if AFI Fest is experiencing scrutiny because of their popularity, they are certainly joining the very prestigious company of many world film events.

Critics as programmers? Another move that has likened AFI Fest to some of the best festivals in the world—like the Buenos Aires Festival of Independent Cinema or the Viennale—is the recent hiring of Cinema Scope and former Variety contributor Robert Koehler. “Robert was an organic addition,” says Kuo, “He’s someone I’ve known for years and talked to daily. You walk out of a movie with Robert and talk about it for four hours, bringing up dozens of other films in the process. I came from filmmaking; Lane [Kneedler, AFI’s other lead programmer] came from experimental film; and Robert came from criticism. The mix is good for discussion.”

“The involvement of a critic gives a different texture, a different slant,” says Koehler, “In Europe and Latin America there’s a different cultural attitudes towards critics [than in the North America]; they’re not ostracized as some exotic creature to be feared and loathed; their voice is to be listened to, reckoned with.” Koehler adds, “Critics promote an argument. North American programmers shy away from […] it produces an alienation effect [that’s] been going on for far too long.”

“It’s one thing to be a critic,” Koehler says, “and another thing is to go on and program a film. There’s a day when you’re showing a film, and the audience is there, and it hits you—it becomes your film and you interact with the audience right away. You never get that experience as a critic!”

Among Koehler’s top picks this year are Police, Adjective and The Milk of Sorrow. The former is almost unanimously liked and has played at many festivals, whereas the latter has divided critics and programmers despite its big win in Berlin and has not made it to some of the more esteemed fest lineups. Anyone who is familiar with Koehler from the fest circuit —or from his writings in various journals—knows that he has plenty of discussion built-up on those two films, will debate them endlessly, and is ready to start many other discussions on films that aren’t as well-known, like Eduardo Coutinho’s Moscow and Philippe Grandrieux’s A Lake, both of which have only played selectively up until now and are two of my own top picks for AFI Fest. Coutinho is Brazil’s best-kept secret, a subtle documentarian who was a key chronicler of the military dictatorship in his first masterpiece, Man Marked to Die (1964-84), and is living his most prolific period (Moscow is a good introduction to him and will hopefully result in more North American venues pursuing his work). As for A Lake, it has perhaps been neglected because of Grandrieux’s aggressive avant-garde style and dark subject matter, though some critics swear by him.  Its appearance at AFI Fest indicates an investment in the kind of audience ready to, as Koehler says, “enter into another arena for discussion.”