Like the perplexed Taiwanese he loved, hated and endlessly chronicled, Edward Yang’s methods were constantly in flux. From the nascent hesitance of 1981’s In Our Time, which progressed from childhood growing pains to those of marriage and commitment across four staggered, unconnected stories, to the inter-generational turmoil and strained family ties of Yi Yi, he profiled change while also displaying it, resulting in a continuum of films that shift stylistically and formally across his 20 year career. 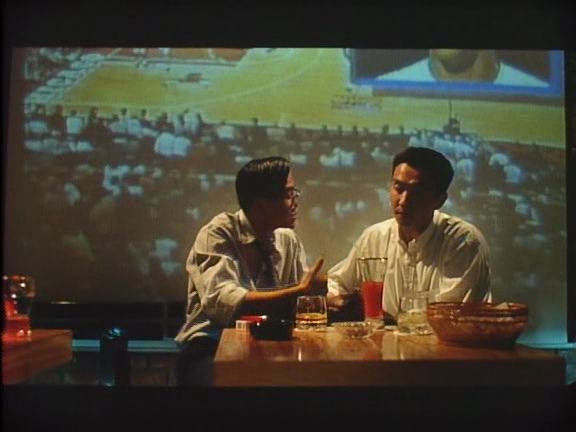 ﻿Above: A Confucian Confusion.

Within such a diverse and continually developing canon, it’s not unusual that two of Yang’s least heralded films are also two of his most important, lying at a significant stylistic juncture: after he’d begun porting his newfound novelistic expansiveness onto a modern day setting, before he’d perfected it. These, both featured at Lincoln Center's recent career-spanning retrospective, are A Confucian Confusion (1994) and Mahjong (1996), borderline farces that are by turns funny, bittersweet and downright stomach-turning. In short, they’re classic Yang, although with a slightly diminished sense of character and scope. Both involve large casts of professionals in modern day Taipei, frantically climbing over each other on their way to the top. Each is concerned with emotional negative space in a city where globalism and profit-mindedness have taken root like kudzu, upending the traditional social structure, damaging these characters’ capacity for interpersonal relationships.

In terms of setting, the pair have the greatest connection to earlier works like That Day, on the Beach (1983), Taipei Story (1985)﻿ and The Terrorizers (1986), sharing the urban locations, the confused characters teetering on the brink of middle-age, the everpresent, darkly shaded ennui, and the specter of violence that often comes to fruition. But all of those films came during Yang’s pre-novelistic period, before the brilliant explosion of 1991’s A Brighter Summer Day, when he was more focused on developing his storytelling than telling such broadly woven, heavily peopled tales. 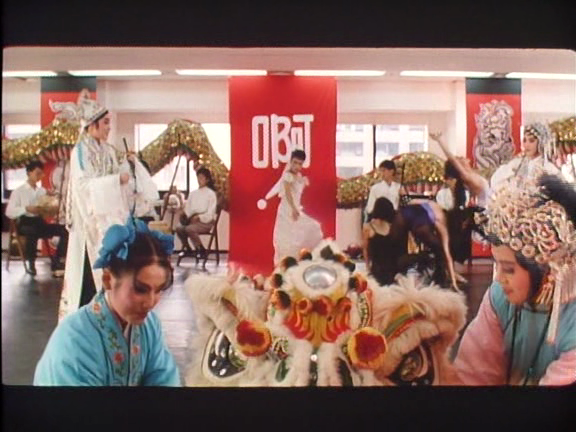 ﻿It’s this that separates the two from something like The Terrorizers, which presents a large group of unconnected individuals and then knits them together through a twisting, complicated plotline, a system that makes overtures towards understanding these characters but never gets down to examining most of them. A newfound assurance, coupled with a greater handle on the kind of stories he wanted to tell this about this perplexing new modern world, colors A Confucian Confusion﻿ and Mahjong. But the two also borrow heavily from their predecessors, so that attempts to carve Yang’s work into neat sectors (colorful family dramas, trenchant urban studies, profiles of harried men driven to murder) while tempting, are impossible, with each of his films slotting into multiple categories.

A Confucian Confusion concerns an interknit group of businessmen, publishers, writers and playwrights, all fundamentally at odds with one another. Within this patchwork are several couples, all in fractured relationships, all seemingly heading toward the kind of frenzied couple-swapping that often defines the type of movie it keeps threatening to become. It’s a farce that progresses glacially over a remarkably dense two hours, which repeatedly threatens ridiculousness but never succumbs, grounded by the same insistent mournfulness that has inflected all of Yang’s films. 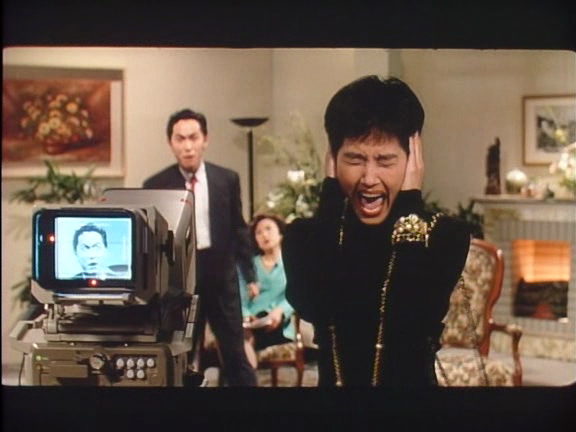 ﻿In Mahjong, the structure is basically the same, borderline screwball proceedings, with characters jockeying for, and adjusting to, to new positions on the social strata, the whole thing smeared with a healthy coating of despondent nihilism. After arriving in Taipei in pursuit of roguish financier Marcus, Marthe (Virginie Ledoyen) gets caught up in the bright lights of Taipei, a place whose grim opportunism recalls the frontier towns of McCabe and Mrs. Miller or Deadwood, rapidly changing places where its implicit that everything is for sale. Adrift in this modern Wild West setting, Marthe falls in with a gang of entrepreneurial thugs, finally finding companionship with fellow misfit Lun Lun, the group’s translator.

In a 2007 piece written to mark Yang’s passing, David Bordwell notes the percussive montage on display in early film like The Terrorizers, comparing it to the frames of a comic book, and how this style had slowed and broadened by the time of A Brighter Summer Day. The presentation of Confucian and Mahjong is similarly slow but with a more fluid, less static mise-en-scène﻿: deep frames, densely populated, with characters passing in and out, creating a broad and exquisitely hectic background. There are also references to that comic-book style economy, with tightly framed shots dense with brand names, snack food mascots and NBA logos, globalist trinkets that reveal the continuing Americanization of a rapidly growing metropolis. At times the camera swirls and swivels around the actors, who seem to combat their pervasive lack of assurance by talking almost endlessly. 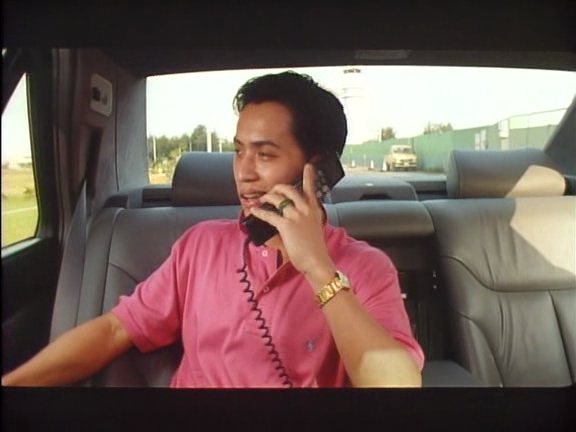 ﻿﻿﻿Above: A Confucian Confusion.﻿

These busy compositions leave Yang’s characters suspended in chockablock world that never stops changing. In a corollary to these types of setups, he heavily favors the backseat two-shot, giving them space to speak while the city plays out in a kind of muted light show behind them. As in all of Yang’s urban inquisitions, the city itself is a character, and he employs it in a static manner that recalls stage sets, with the repeated appearance of T.G.I. Friday’s and Hard Rock Cafes, shiny locations which both undercut and influence the events that take place inside them. 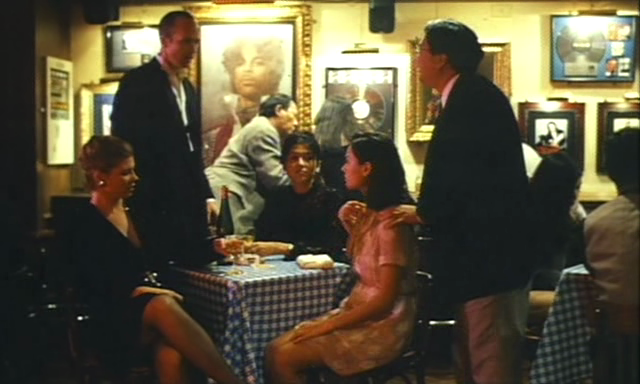 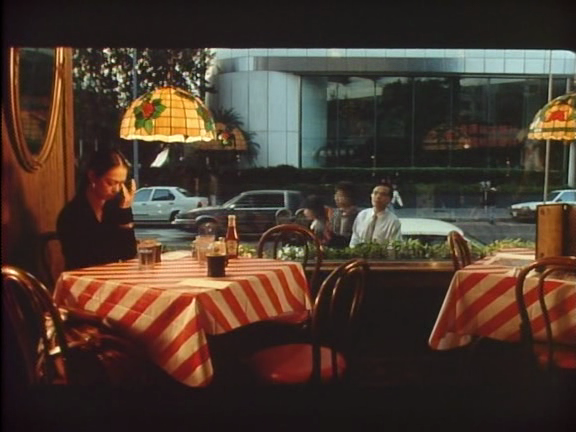 ﻿Top: Mahjong. Above: A Confucian Confusion.﻿

﻿﻿These kind of references are common across Yang’s oeuvre, but the thing that makes Confucian and Mahjong so important is that they’re the only films to directly and exclusively engage with his concerns about change. Unlike his other works, whose family problems and more general treatment of workplace issues grant an air of the operatic and the universal, these two have specific and decidedly modern fixations. They’re not concerned with married couples, or with families struggling to keep their houses in order, only lost and lonely individuals, adrift in a world where the rules have changed, clinging to business rhetoric and pop culture detritus as flotsam. 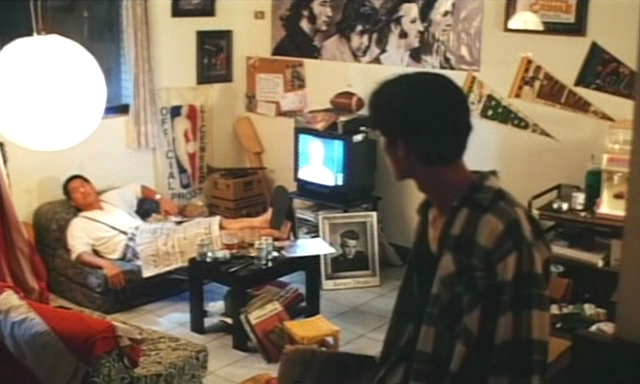 ﻿So there are gags, like one manic fight involving an oversized prop sword, and another at a TV studio, but also an unrepentant air of sadness behind these madcap set pieces. There’s the stage director who rides around on roller blades, orchestrating an impossible stage spectacular, and the lonely writer, shut up in a dark apartment, uncomfortable with the expectations of his newfound fame. Evidencing another Yang fascination, both recall the director himself, who in the window between the gorgeous humanist epics of A Brighter Summer Day and Yi Yi made these two difficult little films, noirish screwball battles where the humor is dark and sympathetic characters are scarce. 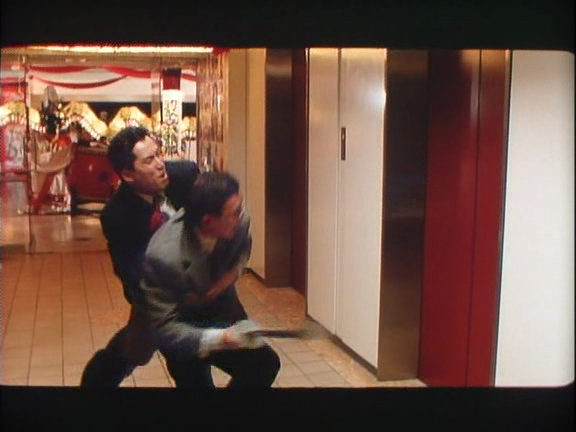 ﻿Confucian and Mahjong are easily inferior to those two famous films, but the things that impair them are the very things that make them essential. The theatrical presentation, which extends to the paper-thin colonialist aggressors of Mahjong and the aggressively self-serving characters of Confucian, is a consequence both of Yang’s ongoing formal experimentation and his attempts to port the teeming tableaux of A Brighter Summer Day﻿ onto a modern setting, something he would finally succeed at with Yi Yi. Their implicit darkness—Confucian ends with a scattered landscape of broken relationships; Mahjong balances out its romantic ending with a murder suicide—makes them hard to swallow but also identifies their place in his canon, broader, messier outgrowths of his '80s explorations of urban ennui.﻿ 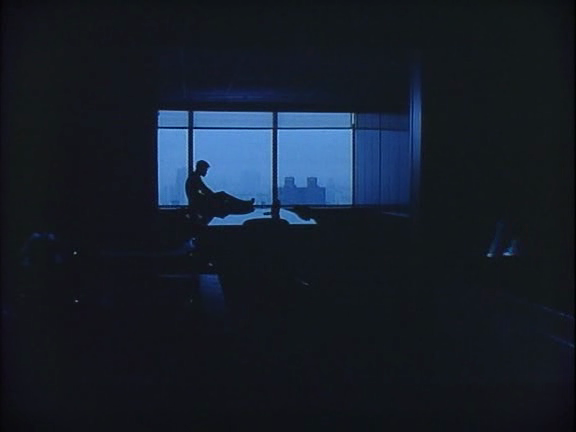 Unlike most screwball comedies, which attempt to assuage audience fears regarding change by spinning them into laughter, these two films take a different approach. They admit that change is scary, dangerous, and often sad, but also inevitable. Understanding this outlook is an essential part of understanding Edward Yang, a director who, despite the pitfalls involved, was always shifting and evolving.