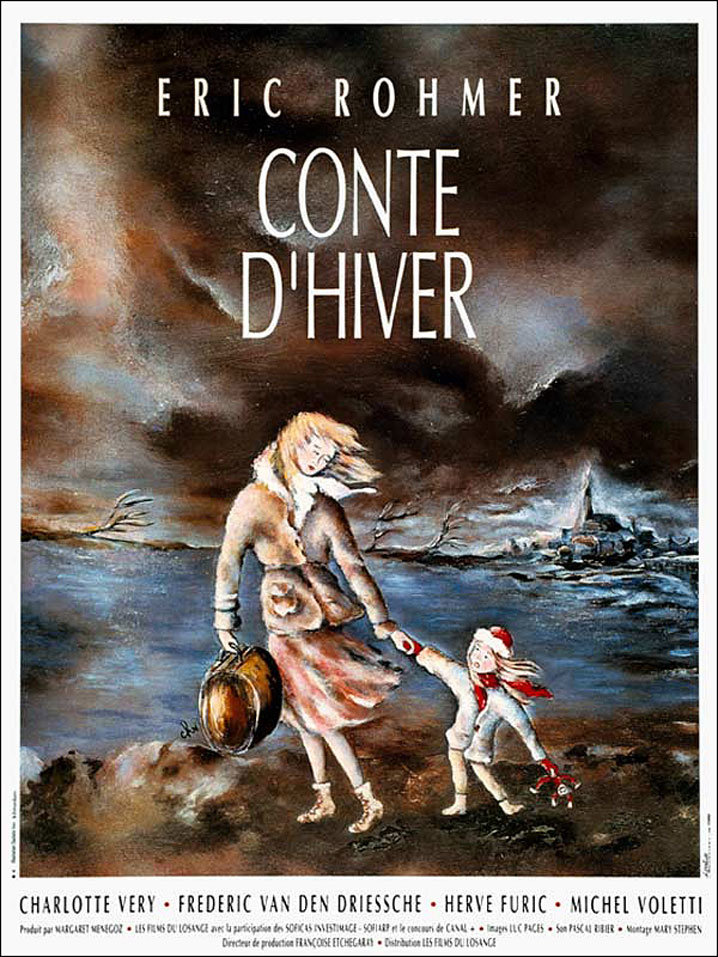 The wonderful late summer Lincoln Center retrospective "The Sign of Rohmer" would require a book-length study to give a reasonable account of the many layers of Rohmer's filmmaking, and of the surprising variety of emotions and behavior that one finds beneath the surface consistency of his material. Instead of that book, I offer a memory of the final impressions that the series made on me: of two intense scenes from two dissimilar films shown in the last days of the Walter Reade program. In one film, Rohmer uses bleak, snowy landscapes and unaesthetic working-class interiors as the backdrop for the single strongest affirmation of a character in his work. In the other, a light-comic tone and an idyllic vacation ambience culminate in emptiness and desolation.

About two-thirds of the way into Conte d'hiver (A Tale of Winter) (1992), Rohmer tips off the origin of his story idea by sending his working-class protagonist Félicie (Charlotte Véry), finally committed to her lonely, heroic variation on Pascal's wager, to a performance of Shakespeare's The Winter's Tale.

And in Conte d'été (A Summer's Tale) (1996), the serene observer figure Margot (Amanda Langlet) reveals her emotional investment in the story only in the final scene, after the winsome protagonist Gaspard (Melvil Poupaud) has surprised us with his coldness and deprived the film of its emotional center.