<- the previous analysis | movement index ﻿| the next analysis -> 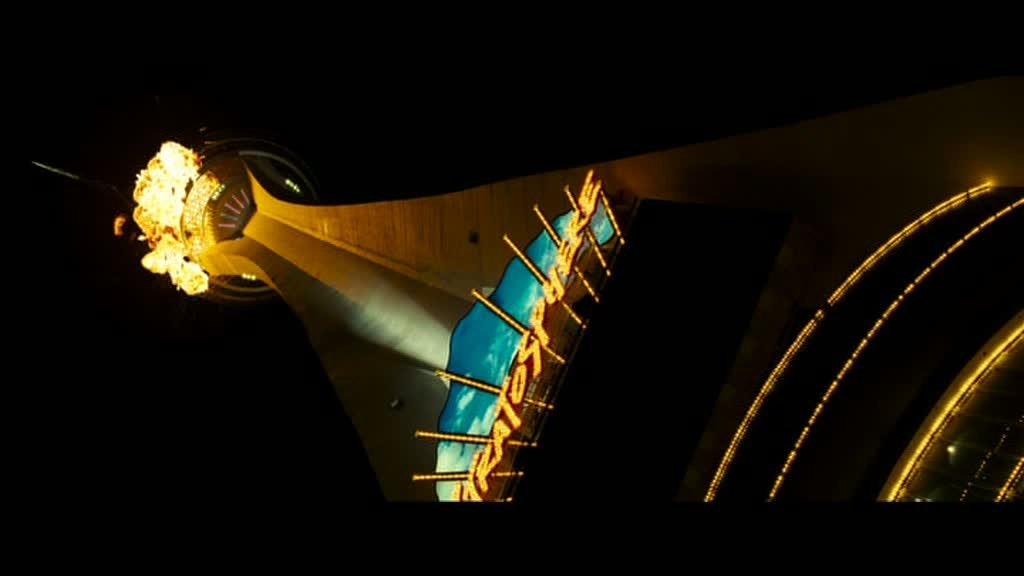 Fire, explosions and flares always play their own choreographic role in Tony Scott’s films. A machine gun roars, belching fire, and Scott’s trademark editing obeys the winking of these gunfire flashes. In the breathtaking finale of Domino—perhaps the director’s most personal and definitely most fragile film—the characters go as high as possible: to the 106th floor of a Las Vegas tower, in pursuit of an explosion. As there they are greeted by the mafia: Welcome to the Top of the World. 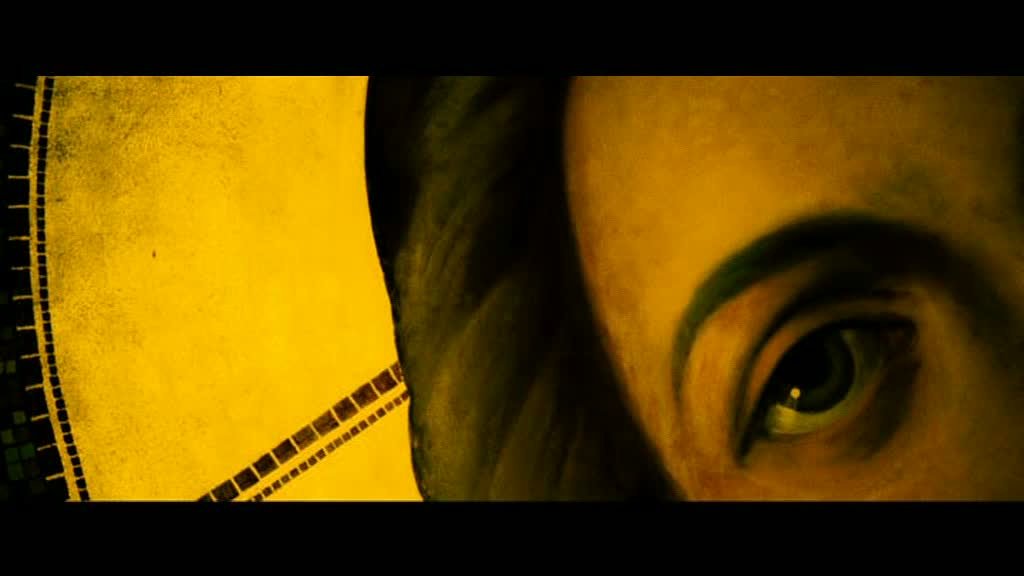 Why go so high? Domino is devoted to the slightly naïve belief in the invisible hands of fortune, in the higher powers. The nature of this belief is superstitious rather than religious. Hence the playful refrain that the main character keeps repeating: “Heads, you live. Tails, you die”. She is, however, also visited by the mescaline god played by Tom Waits, who gives her direction. The higher powers keep sending Domino signs. She has known since she was a little girl—if the gold fish dies, there's nothing good worth waiting for﻿. 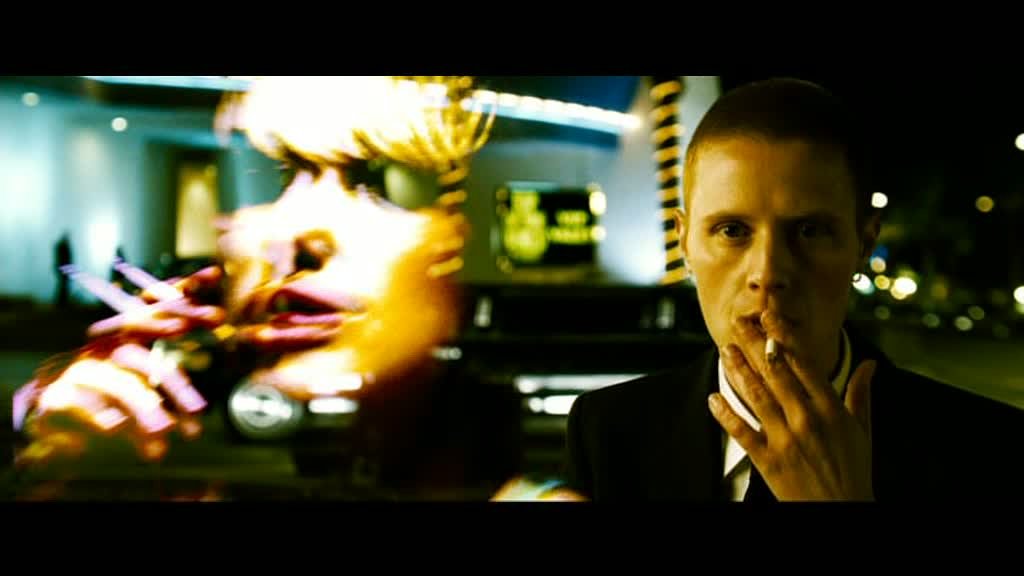 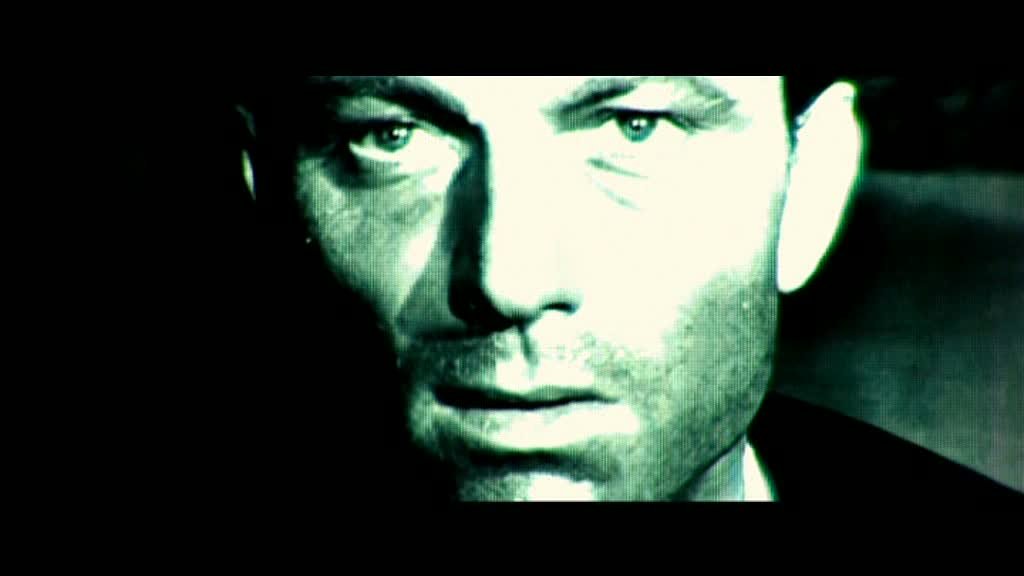 Domino—the daughter of actor Laurence Harvey—is enchanted by cinema. The film keeps giving direct references to the visual art: The Manchurian Candidate, of course, Sunset Boulevard, Night of the Living Dead, the TV shows Alf and Beverly Hills, a hotel porn film (Deep Throat is also mentioned). And, finally, reality shows. In this film, Tony Scott takes a step away from post-9/11 cinema—which is embodied the most in Unstoppable. In the latter, family members are watching their loved ones’ heroic feats on TV, and they might witness their death on live air. In Domino, however, the father had died so long ago that his daughter’s personal memory is not that different from the collective memory—the screen image captured in The Manchurian Candidate, an eternal resident in the phantom lands of cinema. This is why Domino is rather more of a reflection about the essence of cinema then media. Not only the protagonist is obsessed by it, but also Scott himself—taking advantage of his legal right as the demiurge, he kills the characters more than once, right before our eyes, and brings them right back to life. We are so lulled by these resurrections that we can’t believe the finale with the long shootout is going to be so ruthless. After the make-belief deaths, almost everyone will really die. The harder they fall. 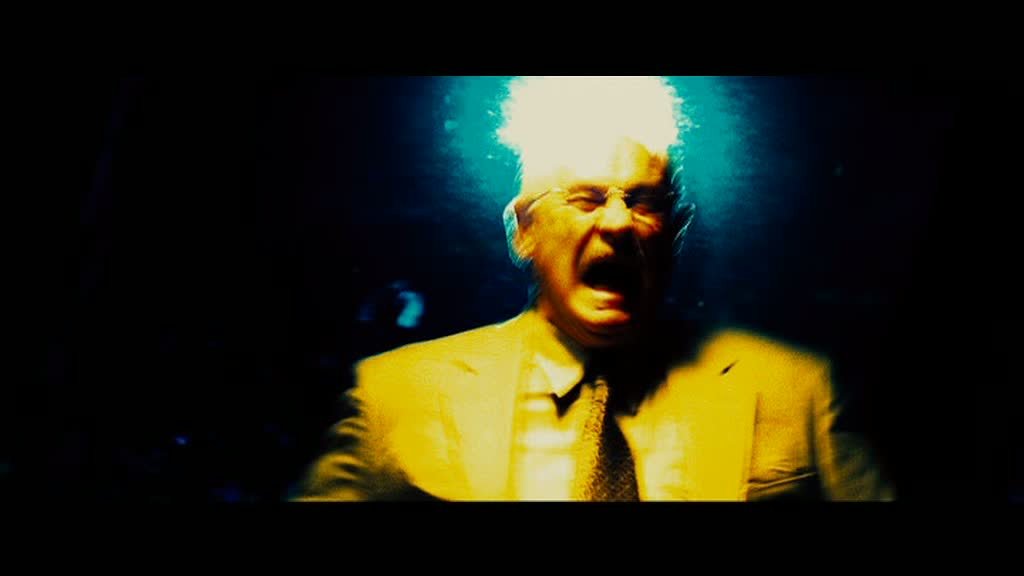 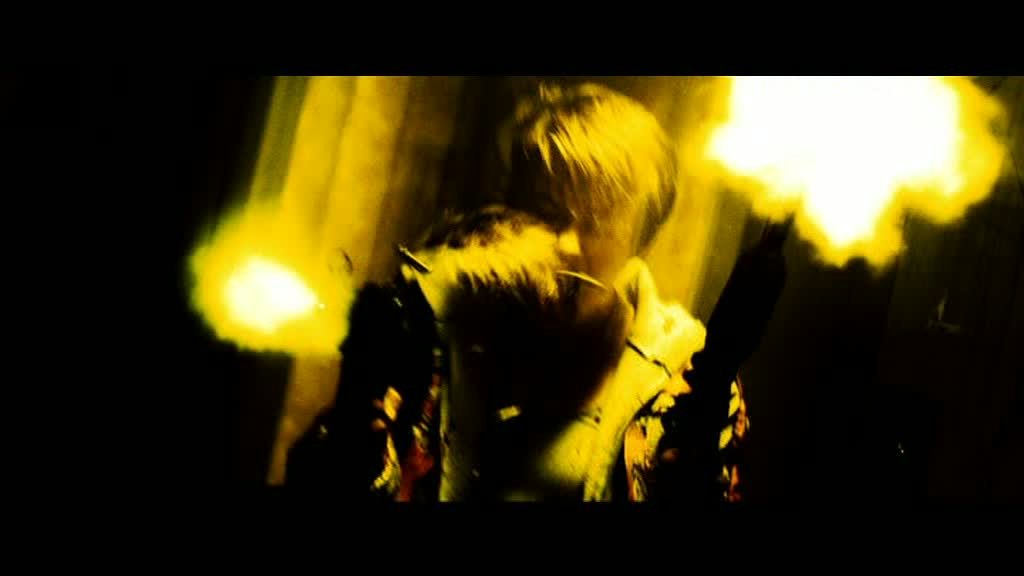 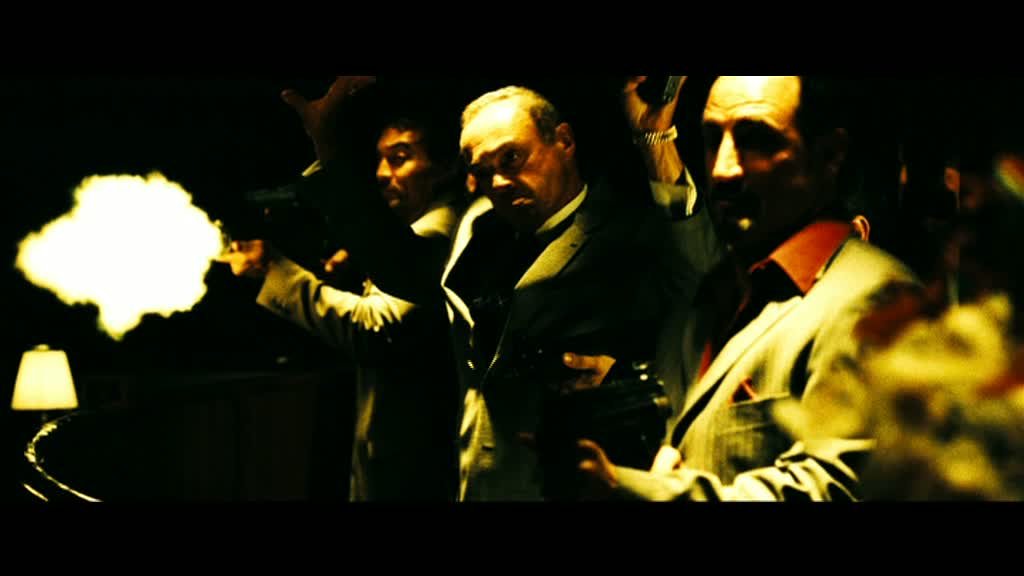 This is just how that final shootout starts—like it’s going to be just a fun, a game to light music, a dance. Alf, who had stolen money and sent it to his people for the liberation of Afghanistan, is holding a remote control bomb and his grip is weakening. His wounded friends are speeding down in the elevator. He is waiting for them to be far enough away so they’re not harmed when he finally blows up this tower. The bills and pieces of paper are flying around in a whirlwind, an image that is soon followed by a rhyme: when the money reaches its destination, it too ends up in the air, thrown around by children. This paradoxical shot, so typical for Tony Scott, bitterly demonstrates what most of the characters died for. Was there any sense in it? Well, for the beauty of the gesture. 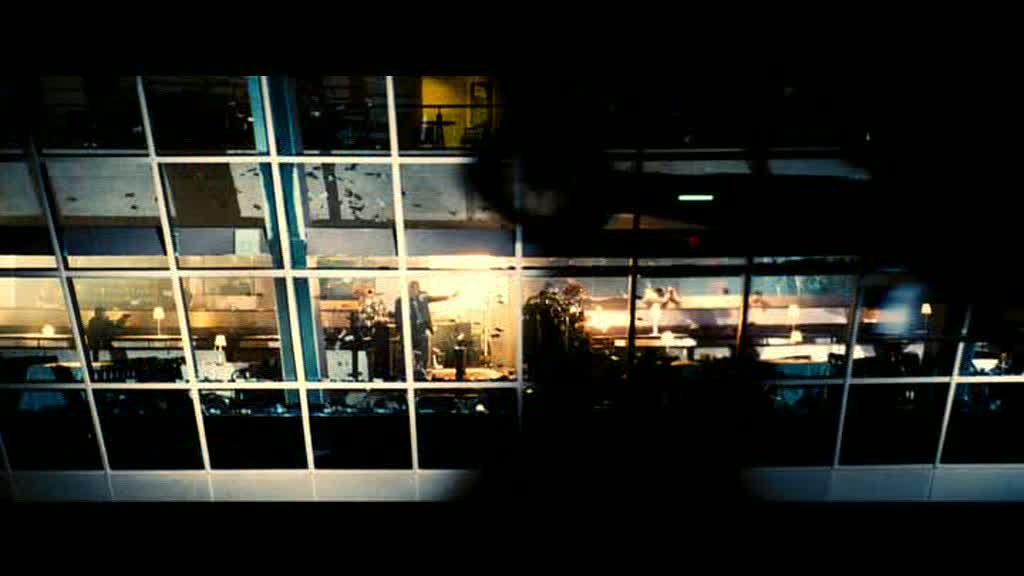 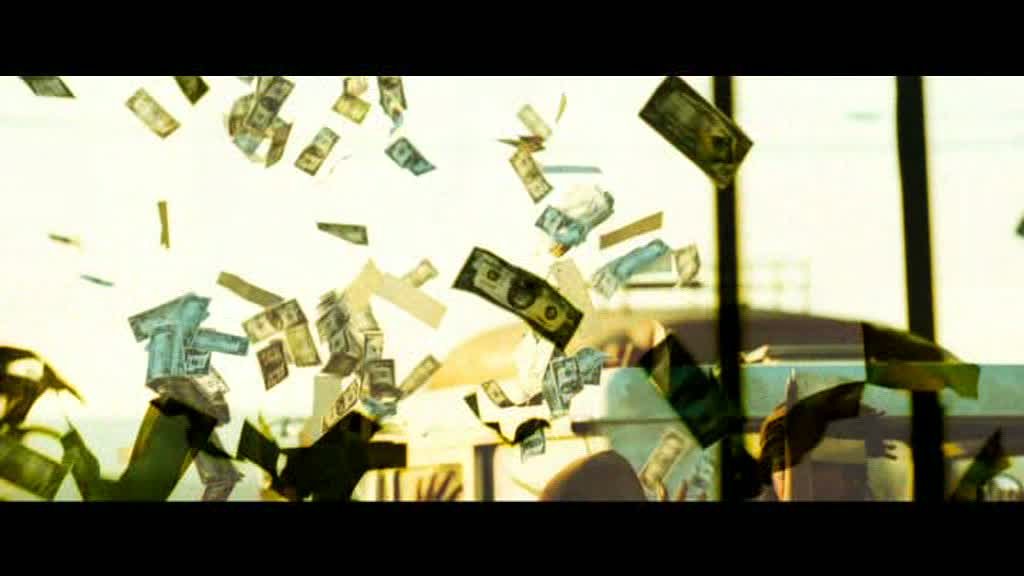 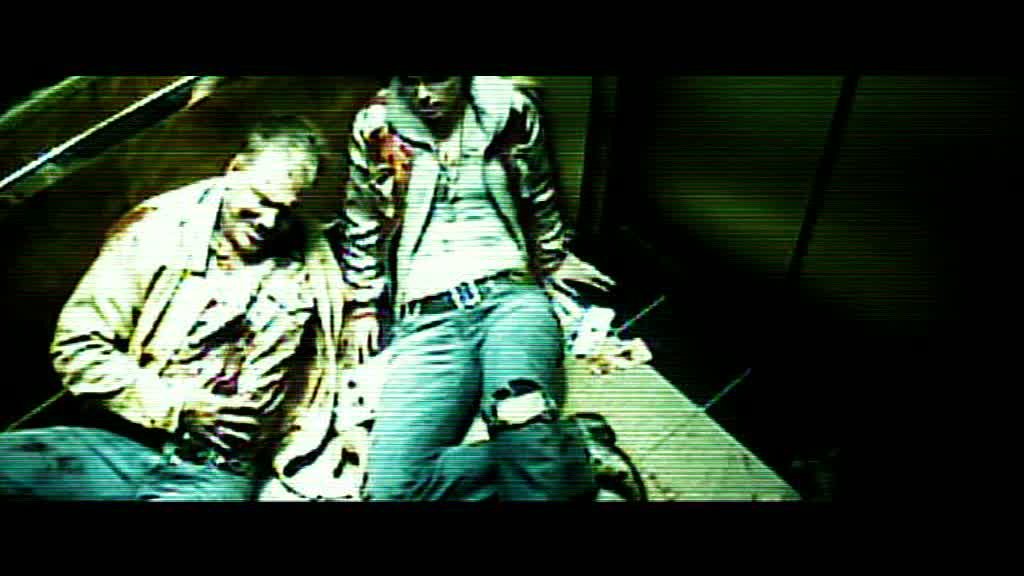 Domino’s final words can now so paradoxically and tragically be applied to the director himself: “There is only one conclusion to every story… We all fall down”. Thank you for this lesson, Domino and Mr. Scott. In reply, I can just think of this quote from Psalm 145: “The Lord upholdeth all the fall, and raiseth up all those that be bowed down”, which gave the title to Samuel Beckett’s radio play. All That Fall. 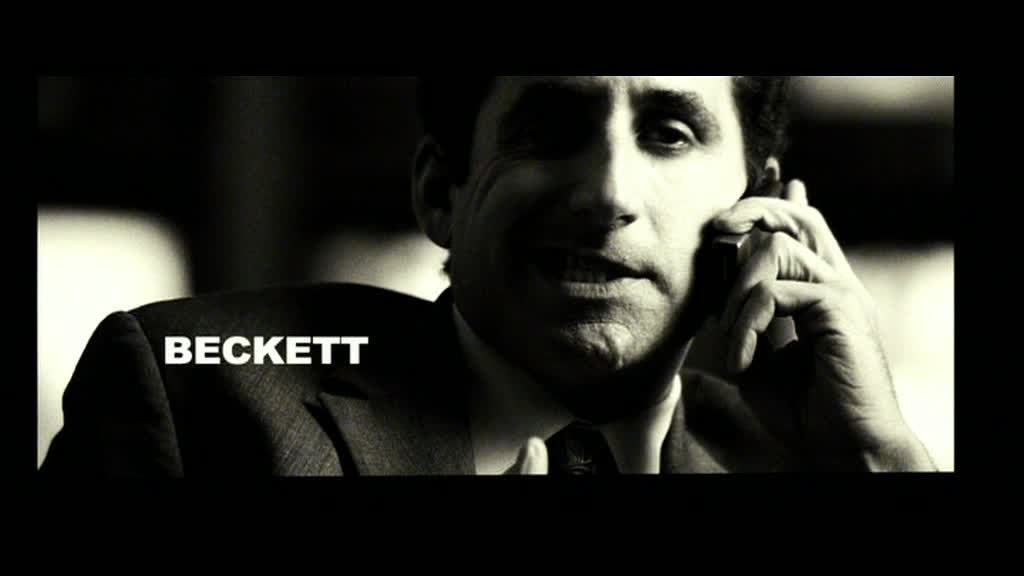