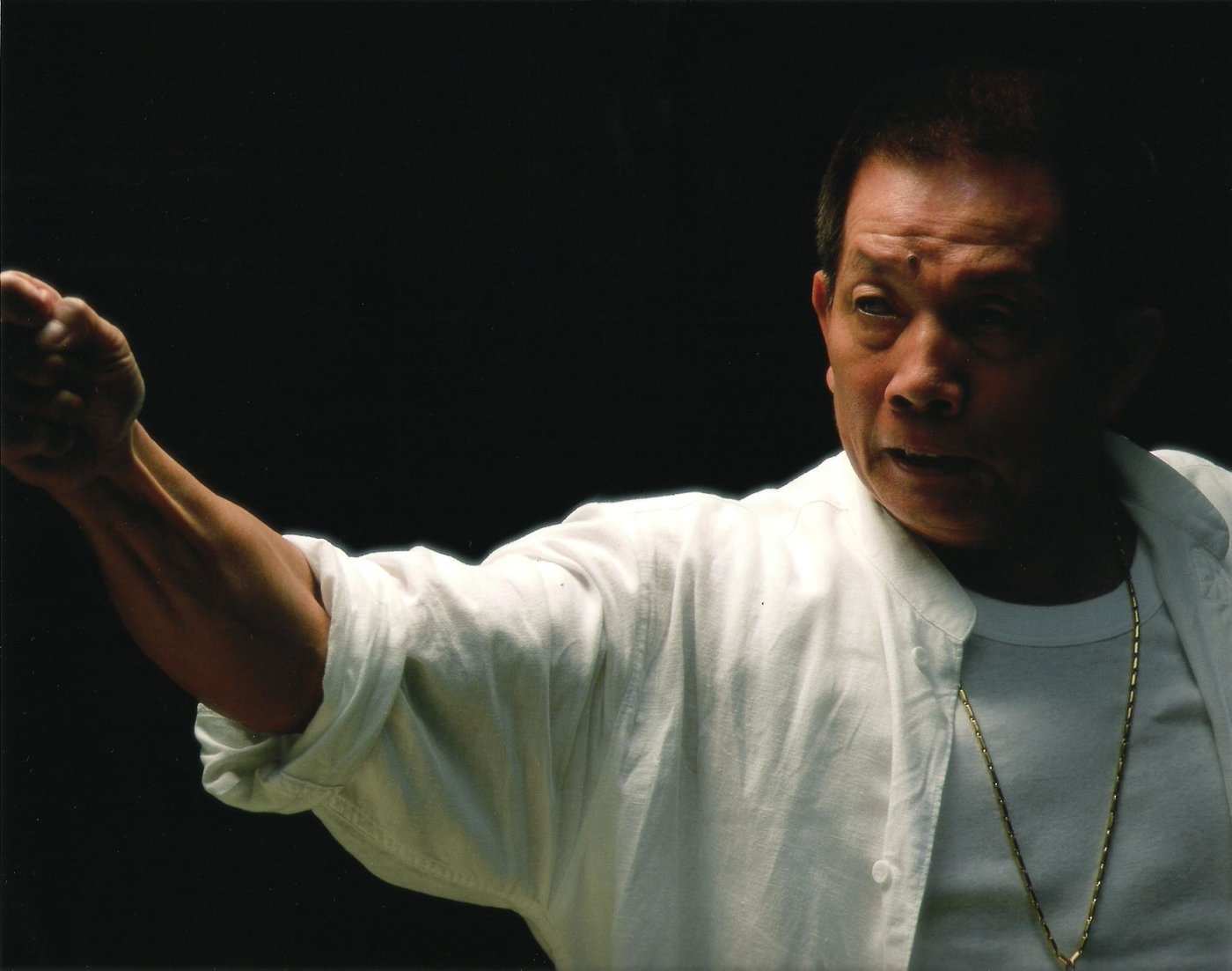 With the passing of Lau Kar-leung (the common Cantonese spelling, he was also often credited in Mandarin as Liu Chia-liang), one of the great chapters of Hong Kong cinema comes to a close. Justly famous as martial arts choreographer and action director for many kung fu and wu xia films—the last was Tsui Hark's Seven Swords (2005), in which he also acted—Lau was also one of the outstanding filmmakers of Hong Kong cinema. His most important period was during the final heyday of Shaw Brothers, Asia's biggest studio: In the late 70s and early 80s, before Shaw Bros. closed their doors, Lau proved himself the biggest proponent of the martial arts tradition in Hong Kong cinema, as well as its chief modernizing force, hiding sublime layers beneath ultra-robust exterior appearance. (Fittingly, in 2003 he also directed the studio's comeback movie, more or less coinciding with the inauguration of belated official DVD releases of Shaw films: Drunken Monkey, a minor work, but an admirably no-nonsense old-school kung fu comedy.)

Lau was himself a martial arts master and a descendant of the school of legendary folk hero Wong Fei-hung, immortalized in Hong Kong's longest running movies serial (in which the very young Lau cameoed) as well as successful series of films by Tsui Hark (known in the West as Once Upon a Time in China) and countless others. He became the preeminent fight choreographer for the Shaws from 1965 onward: This meant he was usually also in charge of directing the fight scenes, so Lau gathered experience early on, mostly working as the preferred choreographer of Shaw stalwart Chang Cheh. Indeed, much of Chang's 70s output shows Lau's influence in one way or another, most notably his stylized credit sequences, in which the performers demonstrate the styles featured in the film in front of monochrome studio backdrops. Basically, Lau was unsurpassed in creating a transparent film form to express kung fu, a process of shaping his mise en scène for maximum legibility and impact that fully come into its own once he started directing. Still,﻿ sometimes it can be sensed in Chang's films of the era, which are wildly uneven, yet even at their most sloppy feature great combat scenes. For instance, Chang's rather diverse and non-chronological Shaolin cycle ranges from the crude, almost documentary-like kung fu of Heroes Two (1974) to the magnificent Shaolin Temple (1976), which in many ways seems like a test run for Lau's justly celebrated, pitch-perfect genre cornerstone (and ultimate training film): The 36thChamber of Shaolin (1978). Indeed, Chang Cheh's apparent lack of consistency in his later work might be attributed to Lau's departure, since Lau's oeuvre is the most consistent of all Shaw directors. There are only two or three minor films, like The Lady is the Boss (1983), a contemporary remake of Lau's own grand gender politics period kung fu comedy My Young Auntie (1980) or the lightweight post-postscript Disciples of the 36th Chamber (1985). 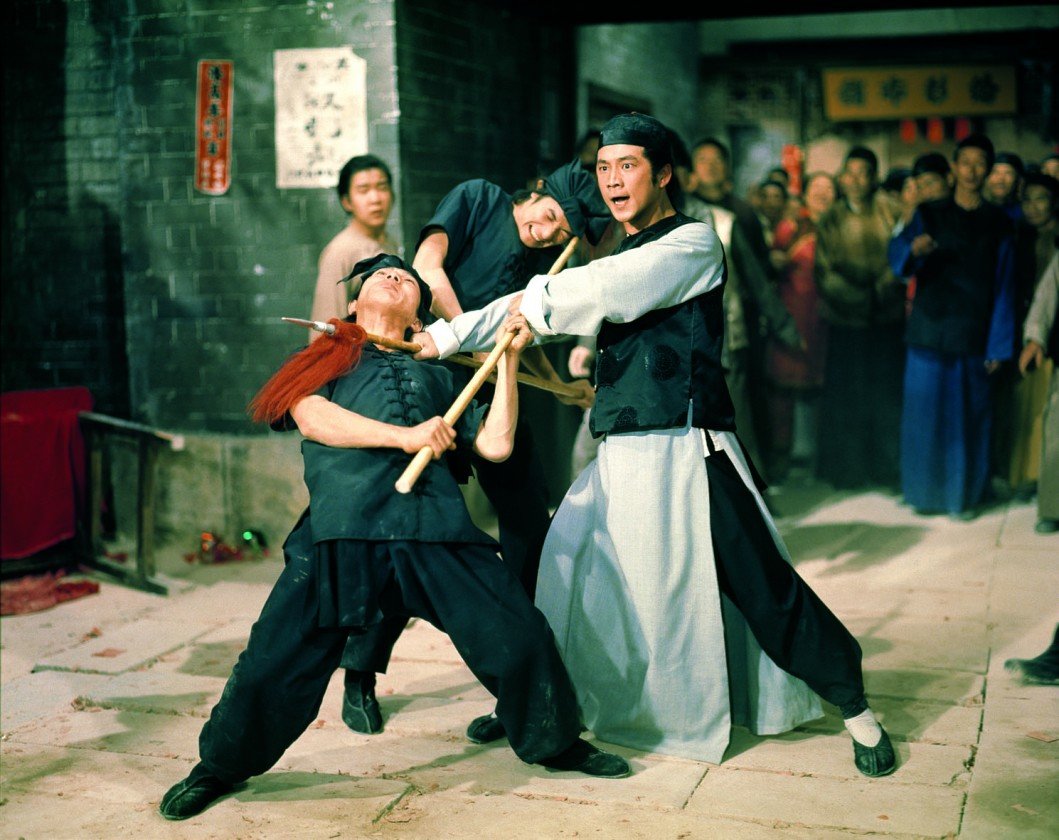 Above: Challenge of the Masters.

With his debut The Spiritual Boxer (1975), Lau inaugurated the age of the kung fu comedy (his charming, flawlessly paced 1979 sequel The Shadow Boxing presages the marvelous Mr. Vampire films of the mid-80s), and with his next film Challenge of the Masters (1976) he inaugurated a series of masterpieces that dialectically scrutinize the kung fu tradition—the semi-autobiographical nature of his project spelled out by his decision to undertake a revision of the Wong Fei-hung legend. Systematically, Lau achieved completion of broken traditions by modernizing them: In Executioners from Shaolin (1977) and other works he adds the yin again to the yang that Chang Cheh once introduced during a more female-oriented era of production and which had long since become the domineering force. Amongst other things, Lau brilliantly stages a wedding night as a duel of the competing fighting styles of husband and wife: Her crane technique allows her to clamp her legs together so that no one can pull them apart. Only when the couple's son is able to synthesize the styles of both parents, can he defeat the nefarious white-browed monk Pai Mei, played by a Shaw favorite, Lo Lieh. (In 1980 Lo, also reappearing as a kind of evil twin villain, directed the splendidly entertaining sequel Clan of the White Lotus, choreographed by Lau, which nevertheless proves that it took Lau himself in the director's chair to achieve profundity.) Lau's Heroes of the East (1979) similarly starts out as a comedy of marriage, then turns into a rebuttal of prevailing anti-Japanese clichés: In it, Gordon Liu (Lau's adopted brother and his preferred lead) plays a Chinese man marrying a Japanese woman. After extensive, hilarious fights she leaves for home, a note he sends after her is considered insulting by Japanese martial arts masters. In the last part of the film Liu has to face off against their techniques, one by one, which in the hands of Lau becomes a celebration of the different authentic styles, ending on a reconciliatory note, as the unifying idea of martial arts triumphs over petty nationalism. 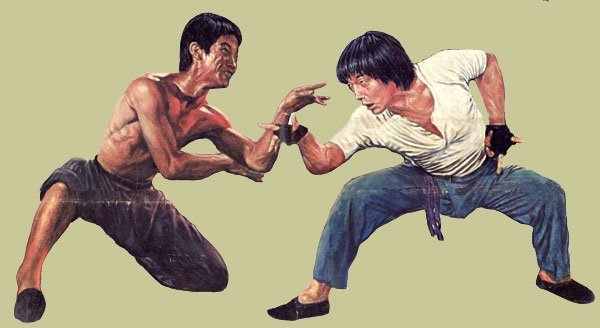 Above: Art work from Mad Monkey Kung Fu via The 36th Blogger of Shaolin.﻿

Similarly, the finale of Lau's Legendary Weapons of China (1982) is a breathless, yet precise manual in the use of those 18 legendary weapons (clearly the—superior—inspiration for Michelle Yeoh's weapon roundelay in Crouching Tiger, Hidden Dragon), whereas in Martial Club (1981)—again with Gordon Liu as Wong Fei-hung—and Mad Monkey Kung Fu (1979), Lau comically revisits the master-disciple theme central to his oeuvre (he gives the latter an additional edge by playing the Mad Monkey Kung Fu teacher). In Return to the 36th Chamber (1980), Lau managed to pull off a wholly original, more comedy-oriented spin-off. One should also mention Lau's neglected, unusual and impressive Shaolin Mantis (1978), whose final twist seems like an announcement for Lau's final and supreme Shaw masterpiece The Eight Diagram Pole Fighter (1983), synthesizing and surpassing even The 36th Chamber of Shaolin and Lau's most opulent work, Dirty Ho (1979). 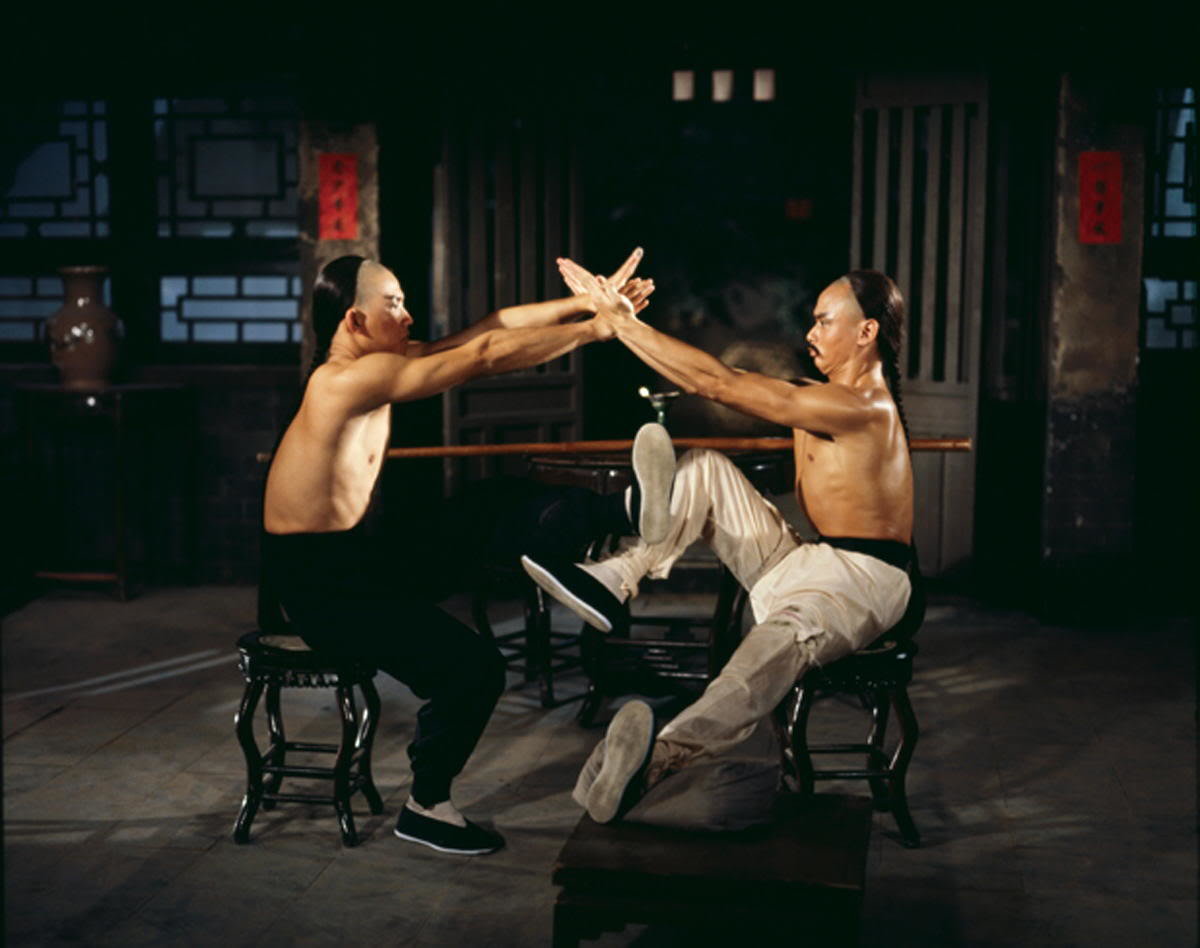 The Eight Diagram Pole Fighter can be considered the Reqiuem for the Shaws, delivering a devastating blow to the central motivation of martial arts film: revenge. Drawing unprecedented mythic intensity from a dark, operatic mise en scène—Lau makes expert use of those abstractly stylized, stripped-bare studio sets he was so fond of using for opening credits sequences—and a powerfully rhythmic choreography of extended, but concisely executed body collisions and weapon movements, Lau tells a story of the futility of vengeance. Of the two surviving brothers of a clan, one (a supporting part for Alexander Fu Sheng, who was supposed to play the lead and whose tragic death in a car accident during shooting undoubtedly influenced the production) drifts into madness, while for the other (Gordon Liu) in the end has no choice but to turn his back on society and walk away, like Ethan Edwards does at the end of The Searchers.

This obituary reworks material from the essay “Heaven and Hell. On the reissues of the Shaw Brothers films“, written for the Slovene film magazine Ekran in 2004.﻿