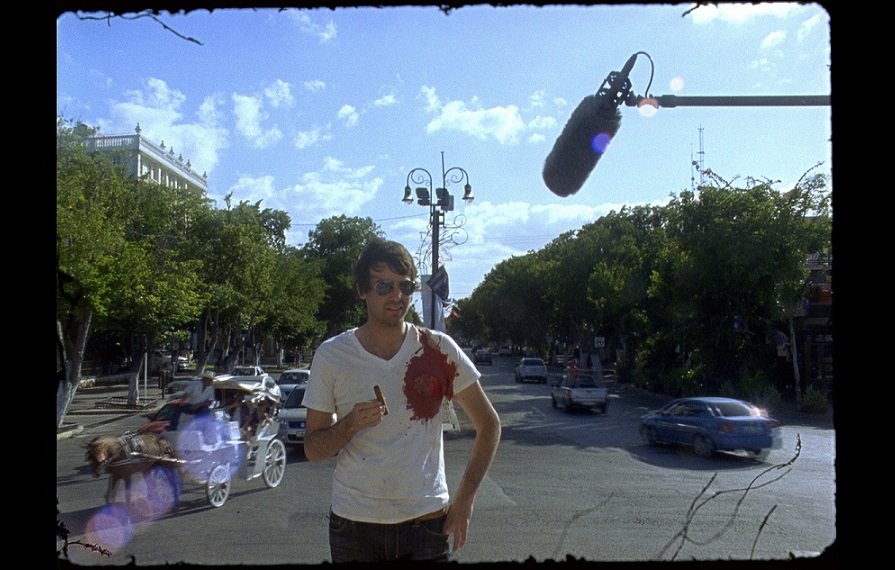 The 2014 Art of the Real series, running from April 11th through the 26th at New York's Film Society Lincoln Center, could not have possibly asked for a more appropriate film with which to kick off its exploratory ruminations on documentary filmmaking. Raya Martin and Mark Peranson’s La última película ﻿is, among several things, a meta-commentary on its own layered being, a jocular doomsday journey through the collapsed scaffolding of the medium itself. Largely riffing on Dennis Hopper’s 1971 acid anti-Western The Last Movie (as well as its behind-the-scenes companion piece, The American Dreamer), Martin and Peranson employ varying film formats—everything from Super 8mm to HD digital—to weave a postmodern quilt that’s forever ripping at the seams. It’s a purposely paradoxical work, caustic and vulnerable, playful and grave, a flickering montage of photographs and an upside-down tracking shot—and, in its mingling of artifice and raw materials, the ideal opener for this adventurous series.

Several of La última película’s stylistic concerns are detectable in Jaguar, part of the program’s welcome revivals of older releases. Originally shot in 1954 but not released until 1967, it merrily illustrates filmmaker-explorer Jean Rouch’s unique approach to what he dubbed “cine-fiction.” Though filmed on location from Niger to Ghana, the trajectory documented here—a sprawling migration enacted by three young men—is closer to discombobulated poetry than to rigid ethnography. The images are rarely less than splendid (glistening skin against a cobalt sky, crowds filing out of a train in the middle of a bustling city), but it’s the soundtrack that transforms them into an elastic human portrait. Rouch wasn’t able to record live sound during the production, so, in place of typical travelogue-type narration, he scored the film to a running commentary improvised by nonprofessional actors watching themselves (or, rather, their fictionalized doubles) on screen. The result is a humorous, restlessly self-editorializing study of city and country. 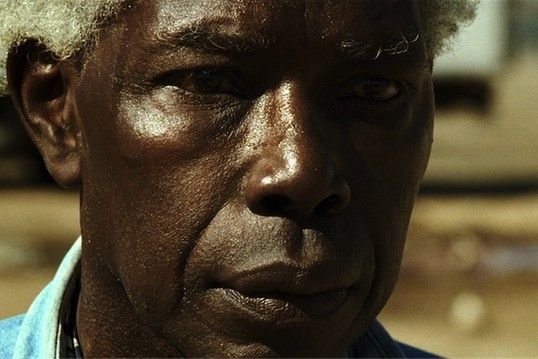 Africa also sets the stage for another form of time-traveling in Mati Diop’s A Thousand Suns. It’s been some four decades since Magaye Niang had the leading role in the 1973 Senegalese classic Touki Bouki; seen now driving cattle into the abattoir, his gray hair topping a gangling frame dressed in torn jeans and cowboy boots, he still exudes the confidence of a matinee idol. A group of people gather at a half-lit outdoor screening in downtown Dakar, and a tipsy Niang gestures to some boys nearby, pointing at the young man riding a motorcycle on the phosphorescent screen: “That’s me there!” But where is his beloved co-star Marene, with whom he had once planned to run away? Memory is a rueful motif in Diop’s films, and, in this superb 45-minute vision, all it takes is a brief glimpse of a faded DVD projection for the weight of lost time and love to be suddenly and wrenchingly felt. The blend of the melancholic and the romantic does full justice to the evocation of intense illumination in the film’s title.

Remembrances, absences, ineffable loss—these are the phantoms haunting the series, with Resnais and Marker as the presiding deities. In Amel El Kamel’s The Garden on Both River Banks, the camera contemplates “the present without time” of a bricked-up old neighborhood near the French-Belgian border. Storefronts, factories and two-story homes have become populated only by duffel bags of trash; the river itself, that mighty embodiment of forward push, is now more like a polluted stream. Similarly, Philipp Hartmann’s Time Goes by Like a Roaring Lion is obsessed with lost narratives. What are the blanched spots in family portraits, Hartmann asks, if not the “gaps in memory” that need filling? Harping on about how precious seconds are lost every other year, the German filmmaker is unsettled by the idea that his little daughter in the future won’t remember the conversation they just had about dinosaurs. A cemetery of locomotives in the Andes, a visit to a clockmaker’s widow, an anecdote about a Manhattan man who obsessively recorded every passing minute before turning suicidal: all part of a drolly associative argument about confronting (and, perhaps, shrugging off) the shadow of mortality. 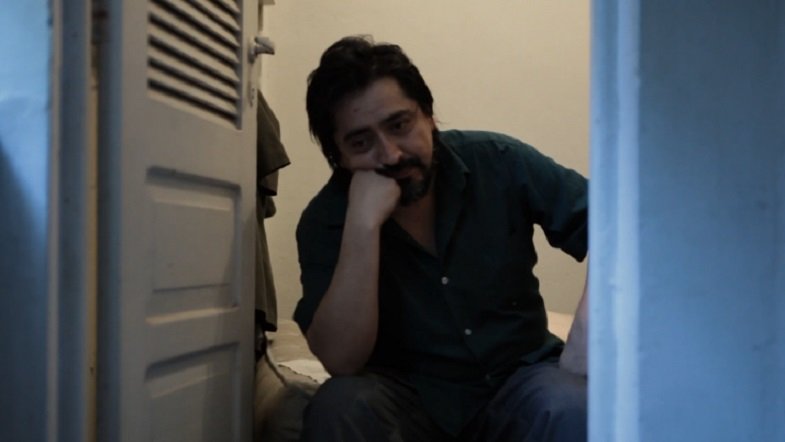 The Brazilian short O Arquipélago, by Gustavo Beck, is a patient catalog of spatial relationships at times worthy of early Pedro Costa. Framed by a doorway, a newspaper photographer sits up in bed in his tiny rented room and delivers a monologue about family, identity in the city, and his increasingly irrelevant role as an imagemaker in the digital age. Meanwhile, the imagemaker in Eric Baudelaire’s The Makes is nothing less than the ghost of Michelangelo Antonioni. The great Italian director’s abandoned "That Bowling Alley on the Tiber" is the spectral project at the center, a Japanese venture that never went beyond a string of notes and photographs. “The most beautiful films are the ones one will never see,” declares French critic Philippe Azoury while rearranging production stills on a black desktop, speculating on how close to L’eclisse Tokyo already was circa 1960. Baudelaire’s film proceeds as a laconic lecture until Azoury casually recalls a voyeuristic incident involving the paralyzed, elderly Antonioni in a recording studio, and suddenly it’s an erotic sketch out of Buñuel.

The mechanisms of stardom are foregrounded in Benjamin Pearson’s Former Models and Jesse McLean’s Just Like Us. In Pearson’s unsettling, Faustian video analysis, the “process of conversion” lies behind pop fabrications from plastic mannequins to music groups. The subject is the late Rob Pilatus, who, in recorded interview distorted into raspy robotic tones, recounts his path from struggling performance artist to one half of the infamous duo Milli Vanilli. Crafting ominous science-fiction textures out of degraded VHS performances, the film gives a tragic voice to the person trapped inside the image, freed and doomed by a glitch in the machinery. Another tale of disembodied speech and blown-up tabloids, Just Like Us drifts coolly through vacant psychological spaces: A sky sparsely studded with clouds, shopping carts strewn around a supermarket parking lot, glossy magazines magnified until only the grain can be seen. Words from an unnamed actress’ former body-double materialize onscreen: “The back of her head, her arm, her feet—it’s all really me.” At once satirical and dead serious, both installations expose the strings of cultural commoditization as a way to tangle them up. 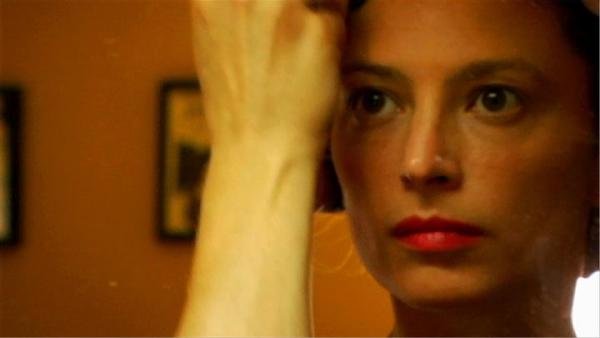 For a program so fascinated by the tensions of performers, it’s only fitting for the Art of the Real to end with Actress. The eponymous thespian in Robert Greene’s documentary is Brandy Burre, whose promise as a supporting player in the cable show The Wire was sidetracked by family demands. In her upstate New York home, she watches over her children, grows apart from her husband, and scrambles for a potential comeback, all while seemingly tiptoeing on the edge of an emotional abyss. As with Greene’s previous films, this is an intimate, empathetic distillation of the artifice that goes into quotidian crises: Struggling to convince herself of the creativity of domestic chores or effortlessly holding a soulful spotlight at a nightclub, Burre is a close sister of the constructed gladiators of Fake It So Real. The uneasy, invigorating collaboration between camera and subject reverberates not just for this film, but also for the whole series’ challenging blur of “reality” and “fiction.”