The final part in our series on Forgotten Gialli 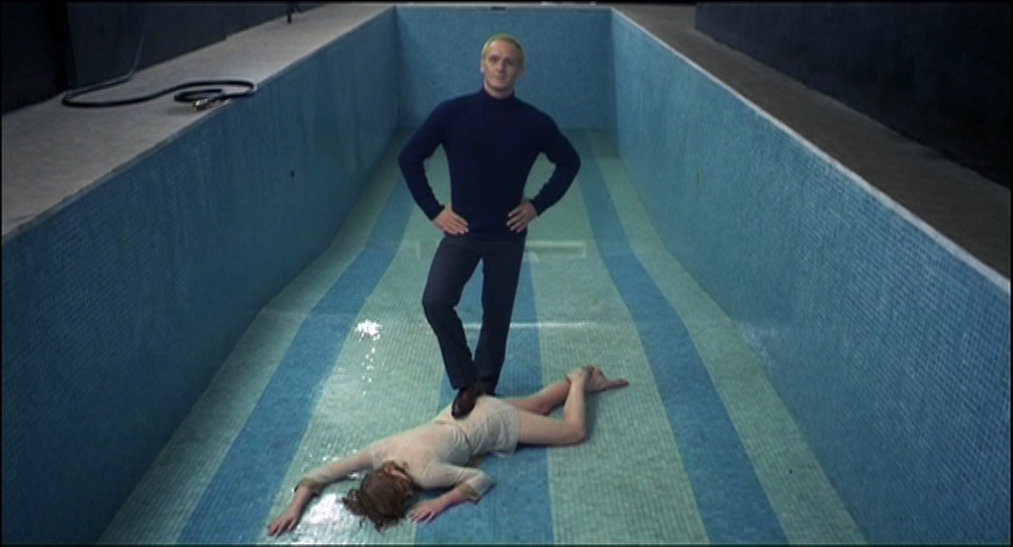 ﻿My problem with the misogyny that runs through the giallo genre is not so much that it's there, but that it's so often unexamined. At least Sam Peckinpah's films seem to tell me something about the demons of insecurity, paranoia and loathing infesting his mind. I'm frustrated, for instance, that Dario Argento has portrayed the graphic mutilation-murder of women in his films so frequently (his own leather-gloved hands doubling for those of the killer), without ever seeming to take much interest in why this subject seems to obsess him. "I love women," he has said, "therefore I would rather show a beautiful woman being killed than an ugly man." Is it just me, or does that statement open up questions, and even paradoxes? For a former critic, Argento seems disinclined to analyze things.

Not only do the films not actively interrogate their own violence, they sidestep doing so even when it might seem beneficial. Psychological motivation in such films is frequently ludicrous, almost as a point of honor, and the more extreme acts of misogyny usually end up attributed to female culprits. Now, even forensic psychologists, who supposedly read crime scenes like critics poring over a text, are unsure what it actually means when a killer leaves a weapon or other implement embedded in the victim's vagina, but they agree on two points: (1) It's not good and (2) The killer is likely to be male. But in both Aldo Lado's The Night Train Murders (1975, one of several exploitation remakes of Bergman's The Virgin Spring) and Massimo Dallamano's superior What Have You Done to Solange? (1972), the culprit is rather counter-intuitively chosen from the fairer sex. This seems like frantic finger-pointing by the guilty gender. At least Lucio Fulci has a male killer in The New York Ripper (1982), and plays the killer himself, as himself, in A Cat in the Brain (1990), both of which seem rather like attempts to destroy by overkill the genre he was most associated with. 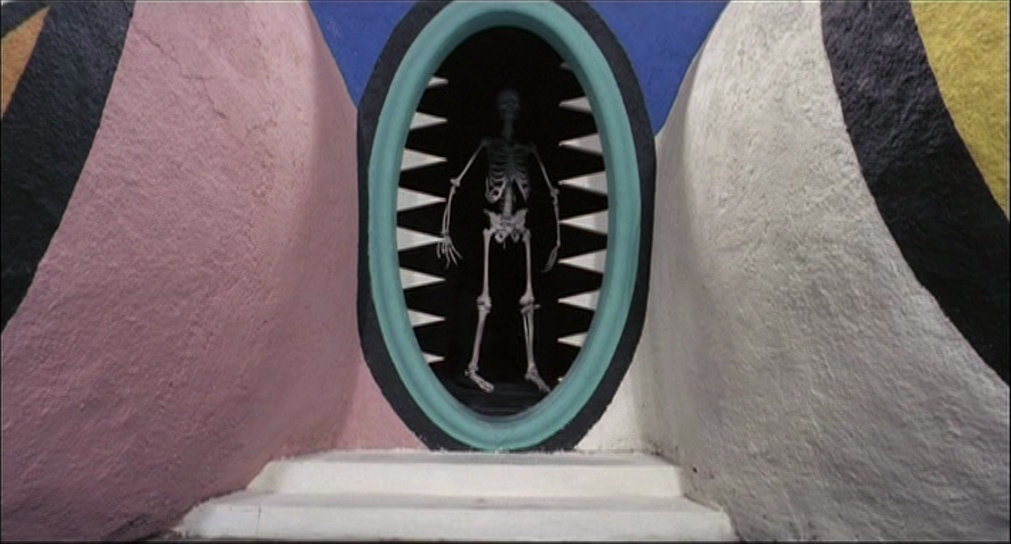 ﻿So it's, well, not exactly heartwarming, but at least encouraging, to find a semi-giallo that actually tackles specifically male sexual psychosis in a way that's practically nuanced, and at least honest. Piero Schivazappa's Femina ridens (1969, properly translated as The Laughing Woman, sometimes as The Frightened Woman) is also a delirious pop-art spectacle, playing sort of like a remake of Wyler's The Collector (1965) only with a lot more laughs. 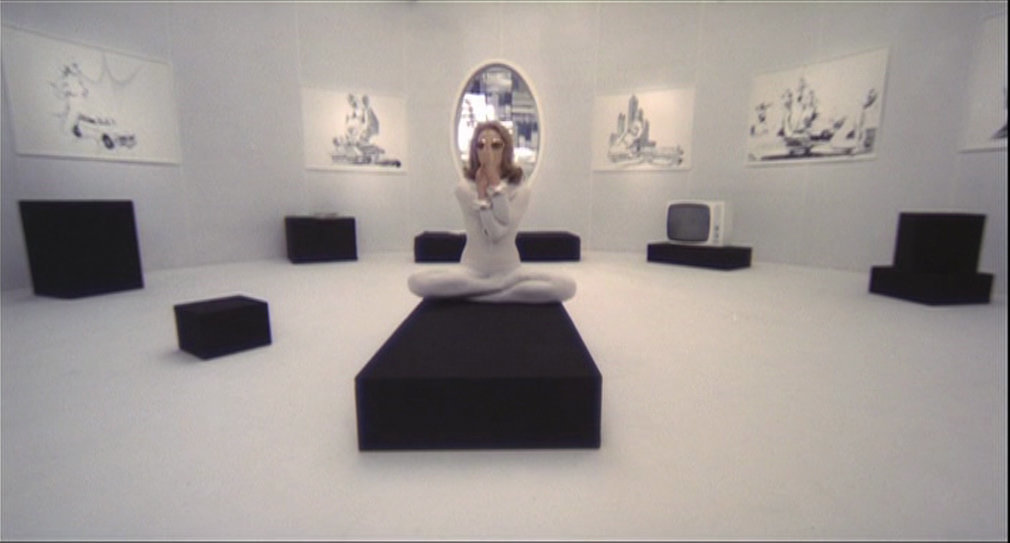 ﻿When S&M freak millionaire Christian Grey Philippe Leroy's usual call-girl stands him up, he spontaneously abducts journalist Dagmar Lassander (a living link between the German krimi genre and the mostly-later giallo) as a plaything. What makes the ensuing hour of torture-games interesting as something other than nasty softcore fetish-porn is not so much an investment in character (there's none) as a sharp awareness that the abusive male is not some powerful lurking-behind-the-camera supernatural force, but a weak, inadequate and messed-up individual frantically trying to (over)compensate for intense feelings of anxiety and persecution.

In a scenario like this, the victim is not the most interesting character (though one wishes the script could have given Lassander a little more substance), since suffering is a leveler: we're all the same in pain. The twisted dickwad wielding the hose or camera is worth exploring, if you get past his ubermensch pose. Leroy, a chiseled creepy type with a bad dye-job, is suitably loathsome, but when he produces a life-size rubber replica of himself (designed by the late Carlo Rambaldi of ET fame) and demands that Lassander make love to it, he crosses over into some new realm of perverted lunacy that was actually new to me. He's an even better portrait of the disintegrating fascist macho than Fellini's Professor Xavier Zubercock from City of Women. 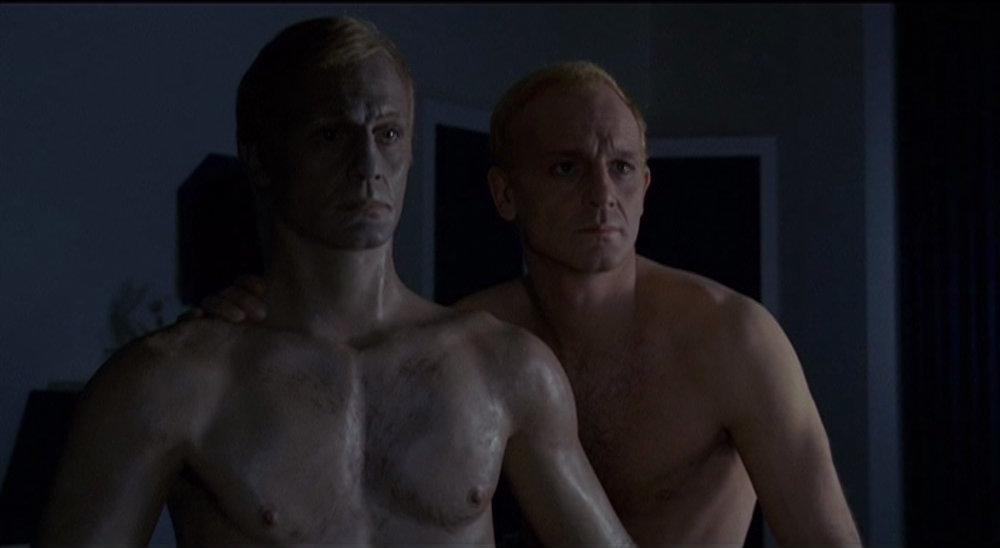 Look, I don't really care if this is a giallo at all: it is a mod psycho-thriller (as gorgeous as Clouzot's La prisonnière﻿ and Bava's Diabolik), and the direction the plot takes owes some kind of debt to Les diaboliques, a key text in the development of the genre, I'd say. Director Schivazappa shows a keen eye and a great sense of visual rhythm, aided by Stelvio Cipriani's hip score: together they turn the final sex confrontation into a Leone gunfight, complete with big eye close-ups, blaring trumpets and twanging electric guitar.

A visual feast that may leave you feeling slightly sick, Femina Ridens takes with one sweaty hand what it gives with the other, so that the ending may make you feel it's endorsing Leroy's vision of women as man-eating scorpions. But even that may be OK, since by the end we're on the side of the scorpions.