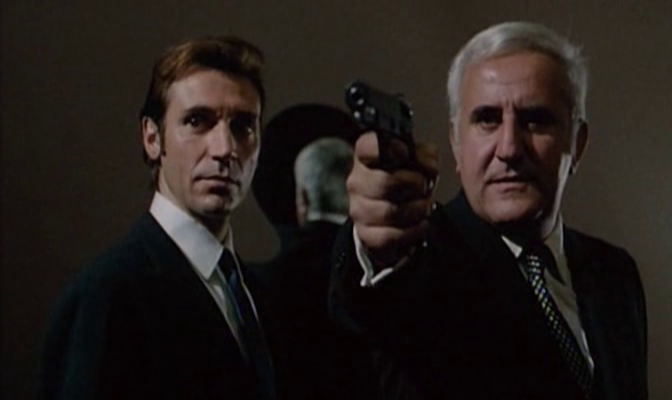 The first in a short series on Italian horror-thrillers of the sixties and seventies.

Are these all true gialli, or am I stretching genre definitions to breaking point? It might be more interesting to ask, What elements must be present, in what concentration, to make a film qualify as a giallo?

...Hanno combiata faccia (1971) translates as They've Changed Their Faces. Bear that in mind. 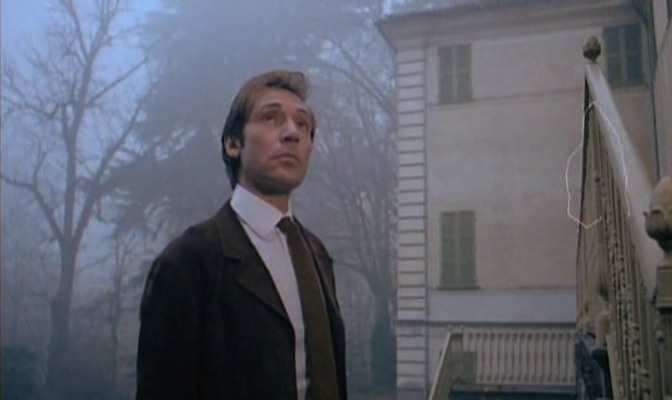 The movie falls into the satirical-pastoral-tragical category, I guess. The run-down secluded villa and the white, ultra-modern interiors both have their place in the giallo tradition, and there is murder and conspiracy sufficient to nudge the film towards Argento terrain, but the movie is certainly a genre outlier: no leather-gloved hands wielding daggers here, and the Bram Stoker references seem more like knowing asides than emulation. But I would argue, however, that the idiosyncratically tinkling, pulsing and droning music is alone enough to seal the deal and cast a yellow pall over the whole yarn.

But who, precisely, has changed their faces? Well, Farina's debut deals with a young executive sent on a trip to the mountain retreat of his company's reclusive owner, hopeful for a profitable promotion. The industrialist is played by corpulent Bond villain Adolfo Celli (Thunderball), which might seem like a bad sign, but not as bad as his character name: Engineer Nosferatu. 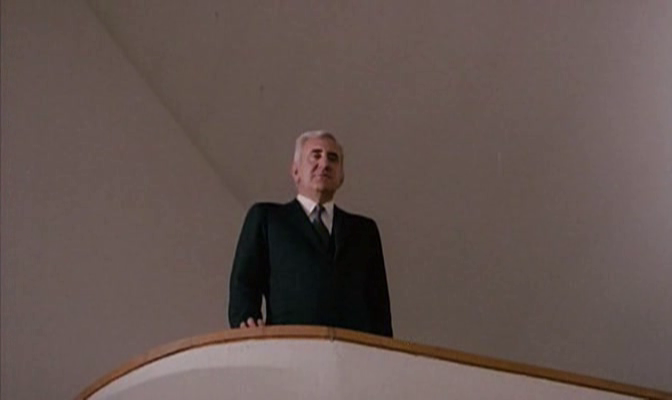 The movie plays, at first, like a sprightly update of Bram Stoker's Dracula, shot, cut and scored in giallo style (with a particularly archetypal soundtrack by Amedeo Tommasi), and that's just what it is, but the updating is far more than a fashionable layering of gloss. The vampires of myth have changed their faces, you see, and are today's capitalists, controlling our political process with their wealth and controlling our very minds with advertising.

The impressionable hero is, meanwhile, torn between two women who represent (fairly schematically) opposing poles of human existence. Topless hitchhiker Laura (Francesca Modigliani) is here on the side of freedom and nonconformity (although she conforms to certain inane male fantasies all too readily). Palalid androgyne Corrina (Geraldine Hooper) is the closemouthed and possibly sinister secretary of Nosferatu, though there are signs that she might be amenable to leaving the thanatic forces of capital and choosing life. It's interesting, but not necessarily revealing, that her character name seems to be a contraction of the writer-director's. 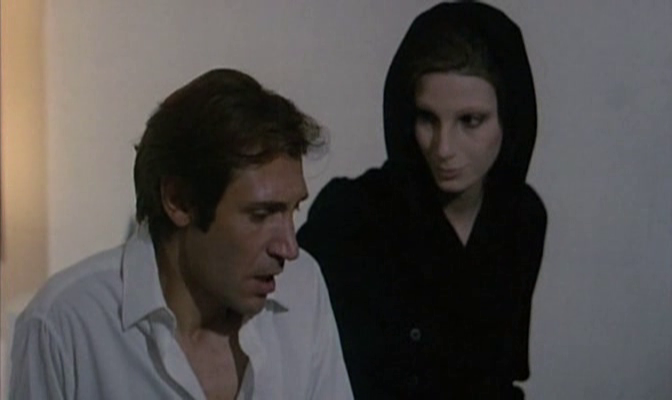 Villa Nosferatu is a gigantic old ancestral pile on the outside, the grounds patrolled by hilariously malevolent Fiat Cinquecentos (the tiny, cute car supposedly the favorite of women drivers). But on the inside, everything is modern, from the sterile nursery where Nosferatu raises acolytes from babyhood, to the flavorless astronaut food served at table. The complete denial of gothic style here is almost frustrating, especially as either Farina or his production designer or his budget haven't substituted spectacular futuristic sets, but just used the most bland and pleasant interior design. It's tricked up, however, by the constant babel advertising copy piped in on a sound system: soap ads in the shower, and a contraceptive spiel during the obligatory sex scene.

Farina is as sly and witty a host as Signor Nosferatu is a disturbing one. In particular, a board meeting where Celli chooses between three potential ad campaigns for LSD, affords the filmmaker glorious opportunities for scattershot parody and satire, as one ad is in the style of Godard, one Fellini, and the third the Marquis de Sade. And if that sounds good to you, you are probably the intended audience for this film.

The young cineaste pitching the ads is Farina himself.