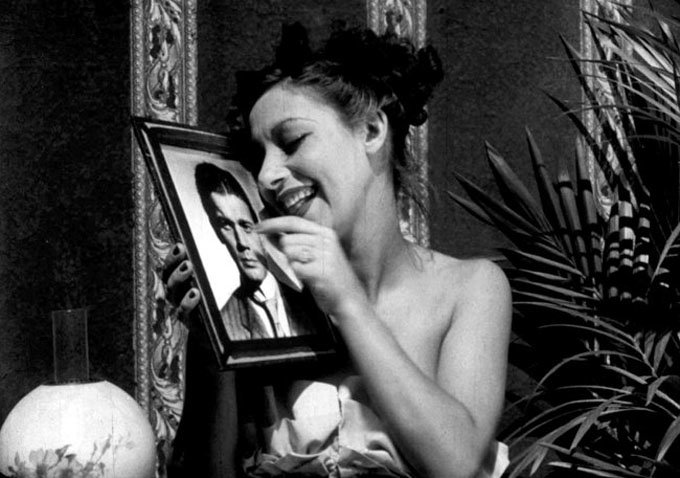 Orson Welles' Too Much Johnson, screened for the first time to a full house at Pordenone Festival of Silent Cinema, comes trailing clouds of mystery like so much else in the life and work of its maker.

We know Welles shot the film in 1938 with a newsreel cameraman, intending it as a series of insert sequence within a play he was producing with the Mercury Theater. For various reasons, the three sequences, intended to carry the exposition in William Gillette's 1894 farce, were not ready or could not be projected when the play opened, and as a result the show was not a success.

Now George Eastman House has restored what it describes as Welles' cutting copy, apparently discovered in a warehouse in Pordenone itself. It consists of several reels of loosely ordered material with multiple takes, and was presented without any alteration apart from the preservation necessary to make the material projectable. One reel was apparently a solid mass of celluloid, impossible to unroll, and rescuing the images from it was a risky operation which could have destroyed it altogether. Fortunately, it did not, and the footage, though more damaged than the near-pristine other reels, is quite watchable.

But what is this film? Paolo Cherchi Usa﻿i—whose commentary during the screening, along with Philip C. Carli's piano score, did much to clarify the action and render the fragmented material enjoyable as a complete film—claims that we have Welles' unfinished edit. But it has long been held that Welles finished cutting the film at his villa in Spain, years after the intended play, in order to screen for its star Joseph Cotten. It's further claimed that the print was destroyed by a fire started by a drunken Robert Shaw, which also robbed us of a couple of Welles novels and other irreplaceable artifacts.

Some have suggested that the reels are actually Welles' out-takes, and that's what it looks like to me. Rarely does one leave multiple takes in a cutting copy, and many of the scenes here look unfinished in a way which could have been tidied up in half an hour, so why weren't they? The early parts of the film, in which Cotten is pursued across New York rooftops by Edgar Barrier, seem more like a complete sequence, but this may be because Welles shot fewer takes of the material, since Cotten was gamely risking life and limb in every shot. One spare take for protection, and that's what's left in the out-takes. 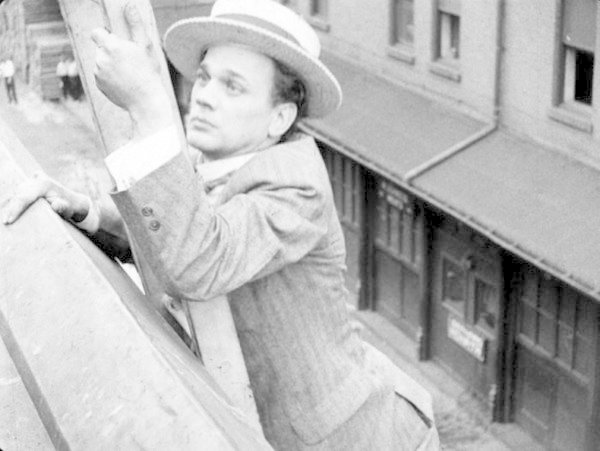 I don't see why those responsible for the preservation and presentation of this historically essential material, for which all film lovers must be grateful, need to present it as Welles' edit: as a set of out-takes of a lost film, it's still fascinating and important, and maybe even reveals Welles' methods more sharply than an edit might. (It is also accompanied by amateur film of Welles shooting the movie's Cuba sequences on location in a New Jersey quarry, which provide further insight: wearing the ruins of a straw bumpkin hat, Welles silently barks orders at his team, lips curling in an involuntary smile at the absurdity of this whole movie-making business.)

What of the film itself? Pordenone festival regulars, whose interest usually inclines to rather earlier cinema, went with interest but skepticism. "So Orson Welles shot a home movie of New York in the 'thirties," shrugged one, going in. But coming out, everyone seemed rather impressed. For one thing, Welles' attempts to evoke both 1910s Keystone cops comedy and the more sophisticated '20s humor of Harold Lloyd and Buster Keaton, is adroit and respectful, certainly more than his pastiche of Un chien andalou and German expressionism in his earlier Hearts of Age. While Welles lacks the stunt and gag team that a comedy studio could muster, he has in Cotten a player apparently unafraid of knockabout stuff and willing to teeter on high buildings with the best of them. Cotten's implacable near-scowl seems a direct nod to Keaton, and a moment when he edges around a clock tower both recalls the Lloyd of Safety Last! (1923) and Welles' own later The Stranger (1946).

Cotten is soon joined by Virginia Nicholson, the first Mrs. Welles and a total peach. Then we get John Houseman stumbling about as a Keystone cop, and Erskine Sanford from Citizen Kane, one of Welles favorite comedy players, though here he actually underplays the puffing bluster. 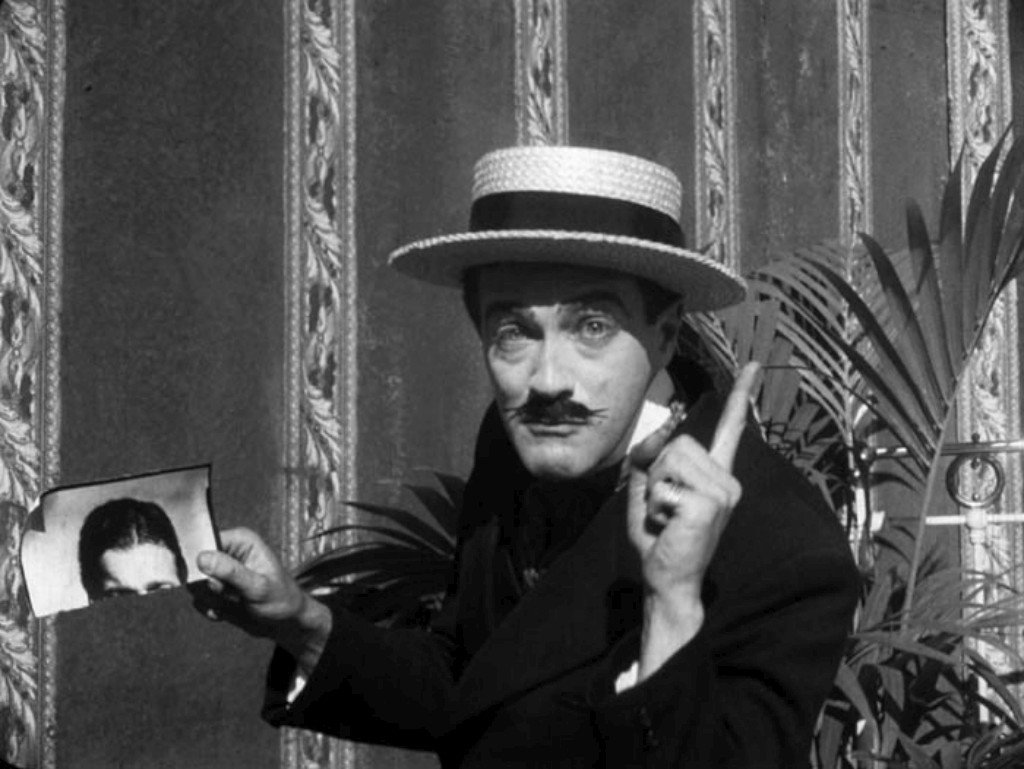 Welles musters crowds of extras in period dress, and scenes of Barrier knocking the hats off every man he meets (because he's looking for Cotten, his wife's lover, but only knows what the top of Cotten's head looks like) are expertly choreographed and very funny indeed. There are also a carriage and a period automobile, and Cuba is recreated with strategically-placed palm trees and some artful day-for-night shots which provide the only breathing space in the frenetic action. An action sequence based around a maze of packing crates is reminiscent of Feuillade's celebrated shoot-out among the barrels in Juve contre Fantômas﻿, while also looking ahead to Welles' use of landscapes of stacked newspapers and the detritus of Kane's life in his most famous film (which it's tempting to call his "later directorial debut").

While the film ostensibly apes the look of early cinema, with flat, planimetric framing for interiors, Welles' nascent cinematic sensibility explodes out at regular intervals, with looming low angles and Dutch tilts which have nothing to do with Mack Sennett and everything to do with the future auteur of Touch of Evil.

Too Much Johnson may be juvenilia, it may be off-cuts rather than a complete film, it may have a sniggersome title and be lacking the bulk of the stage farce's action, but as presented to loud laughter and applause, it is entertaining, imaginative, endearing and a wonderful discovery. 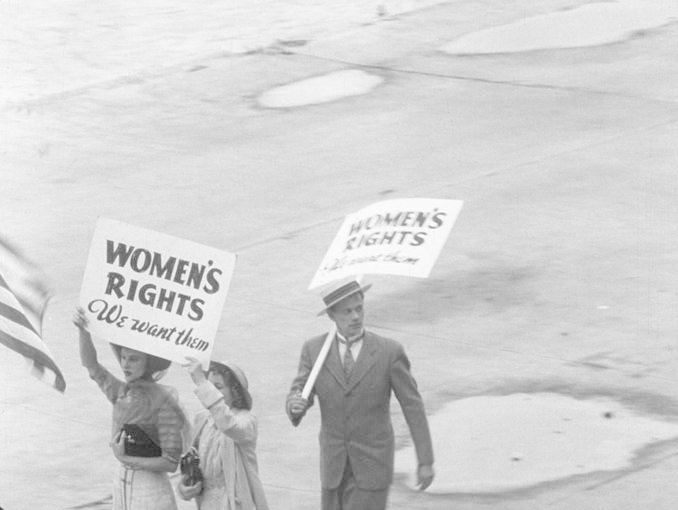 David Cairns is the author of Shadowplay.