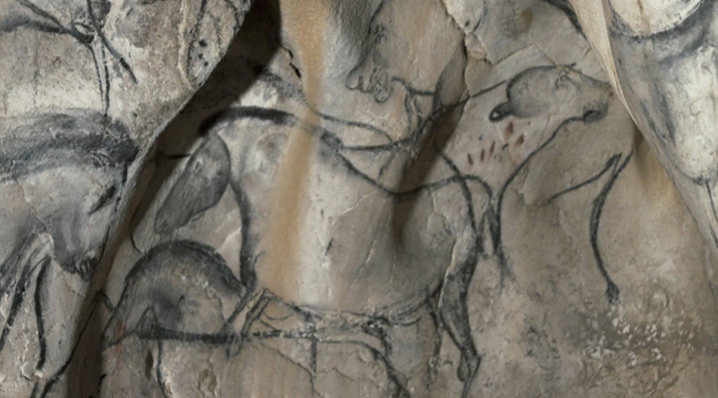 There was a lot of confusion following last year’s announcement that Werner Herzog would be filming his next documentary subject in 3D.

The confusion did not arise from the film's topic.  Given Herzog's penchant to document far corners of the earth and regularly people his stories with cultural outsiders, it is no surprise that he would be drawn to the subject of the Chauvet Cave in southern France.  Only a handful of applicants, usually scientists and specialists, are permitted to enter each year to research the treasure trove of prehistoric drawings within.  At upwards of 30,000 years old, they are the earliest such artworks known to exist.  The surprise, even concern, was over a singular auteur embracing a technology which most have appraised as mere passing industry fad, and the reaction was especially understandable given Herzog’s almost non-existent reputation using special effects. His unique subject matter and imagery from collected around the world have always been more vital than a CGI alternative. An actual viewing of Herzog's 3D documentary Cave of Forgotten Dreams allays fears that the iconoclastic director succumbed to gimmickry.  Without lobbing a single virtual projectile at the audiences’ faces, Cave of Forgotten Dreams  nevertheless presents the best use of 3D I have yet to see in a movie—so good, in fact, that its camerawork may demand a new classification beyond traditional “cinematography.”  Cave of Forgotten Dreams announces that we have entered the age of “Holography.”

At different times throughout the film, the image presented shares the properties of a hologram, a physical model, a diorama, and ultimately the real-life act of visually experiencing space as one passes through it. Even next to more traditional stand-out 3D segments, such as one with spear-throwing or another from the perspective of a remote-controlled helicopter, the real trailblazing into the third dimension is via the film’s highly mobile handheld camerawork.  It is the documentary’s lingua franca with the audience, repeatedly returned to and relied upon to communicate the film crew’s privileged journey.  Herzog has taken the first real strides with a style I expect we will see a lot more of: 3D POV.  In an era when navigating first-person video games has become such a popularly accepted pastime, it seems like inevitable that 3D movies would embrace this head-on perspective too.  And after emerging from Herzog’s Cave with some hindsight about how it fits into his body of work, the director is an obvious choice for such explorations: his career-long collaboration with camera operators has yielded a consistently measured hand-held style and has almost always made the camera itself into a palpable, unabashed character amidst the surrounding action it is recording.

Cave of Forgotten Dreams’ camera operator Peter Zeitlinger has had plenty of opportunity to rehearse this character.  He has shot 11 previous Herzog projects.  He displayed some of his most refined work yet in 2009's The Bad Lieutenant as he uncovered the previously inconceivable fine line between reality television’s Cops and Murnau’s Nosferatu. Through Cave's addition of 3D, Zeitlinger’s handheld vantage undertakes a quantum leap, aided by the film’s ideal subject—the endlessly detailed, undulating contours of the earth’s interior.  Like the professional spatial mapping software used by scientists on the same expedition (we briefly glimpse a computer’s translation of tunnel walls into a complex topographical network of green dots peppering a 2 dimensional screen), Zeitlinger and Herzog deliver more than the traditional indexical reproduction we’ve come to know as “cinema.”

At its most stripped down, Cave's images are a verbatim documentary of the camera operator’s navigation through space, the viewfinder standing in for his eyes.  Consequently, large portions of the film pulse with the bated breath accompanying one's first steps into uncharted, unreliable terrain.  At its most loaded, immersed in the optical illusion of the new technology, with the exclusivity of this uniquely beautiful location fully impressed upon us, and with Ernst Reijseger’s sublimely ecstatic improvised score in full tilt, Cave's lingering contemplations of Chauvet’s drawings communicates a reverence for the simple opportunity to behold, even if by proxy, such inestimable rarities.

Herzog’s globe-spanning oeuvre has always had some element of the travelogue to it. In each project, he has headed to a different destination and returned with recorded evidence, however personalized, of his journeys. In Cave of Forgotten Dreams, he seems to return for the first time with an actual chunk of the destination, carved out to be shared generously with the rest of the world.