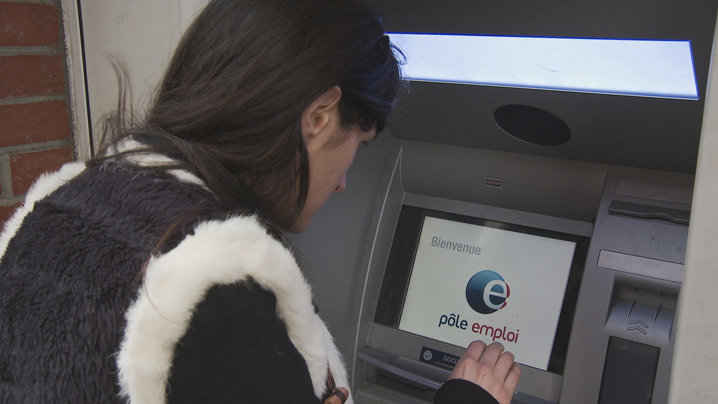 Luc Moullet in Toujours moins (France), a short film suspiciously formed of footage of automated terminals (ATMs, ticket dispensers, turnstiles, etc.) over three decades (perhaps culled from the director's own work?), with customary pith and concision picks up, toys with, and, like a bon mot dismissal, finally drops the many ways human interaction has been eliminated in favor of blocky mechanical interfaces.  Why use real people when an automated teller can be used to distribute unemployment payments (because it is awkward for the unemployment workers to face the unemployed), baguettes (shopgirls are more expensive than flour, don’t you know), and police the state? The self-evident quality of Moullet’s humorist-material record is absolutely in accordance with the filmmaker’s style of matter of fact direct presentation.  It may all seem obvious, but what Moullet gets and what makes him radical is something so few filmmakers understand, that approaching something as if it has never been filmed and revealed to audiences before has the power to transform the every day into something new and revelatory.

These Hammers Don’t Hurt Us (Michael Robinson, USA), in which laser sparkle, and the throbbing glow of the afterlife (in ancient Egyptian polytheism) and celebrity culture production (stars may be dead, but their public work lives on, as in the included Michael Jackson video and Elizabeth Taylor film).  Touches upon a great idea of an awful film I walked out of, that something about our modern culture seems a resurrection or refraction of the distant past’s black magic.

Shadow Cuts & Soft Palate (Martin Arnold, USA) are my first experience with Arnold’s playfully termite-like burrowing into powerfully granular moments of old films being applied to animation, here two Mickey Mouse shorts about the hilarity and terrors of the darkness surrounding sleep.  In Shadow Cuts, Arnold’s customary film manipulation—slowly making his way through precisely chosen segments by going backwards one step (or frame?) for ever two steps forward, creating a tortuous slo-mo stuttering back and forth—explores the terrible nuances of what seems a nightmare Goofy relates to Mickey between flashes of darkness, the slow-and-repeat technique plumbing unbelievably micro variations of comedy and horror in the hand drawn eyes, the soundtrack likewise manipulated so that even Mickey’s carefree laugh is silenced when Pluto’s eerie panting takes on the quality of spectral banshee exhalations.  Soft Palate is a more solitary and fragmented affair—literally, as it rhythmically builds Mickey’s sleeping body out of the darkness of his bedroom one body part at a time, revealing hands and mouth and tongue all set to Arnold’s fabricated sense of the Mouse’s hypnotic nighttime whistle-snore. 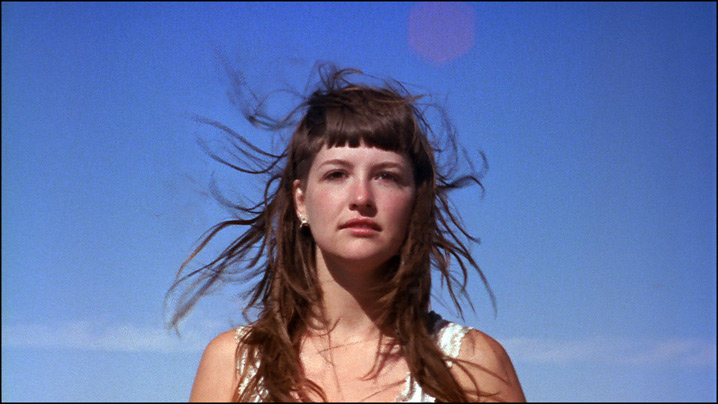 Ben Russell peers into the horizon and finds nothing but the simplicity and welcoming face of the female form in Trypps #7 (Badlands) (USA).  But this is the desert and looks can be deceiving, as deceiving as light, optics, desire, space—cinema.  Depth and reality is revealed to be a trick of reflections—or is it the wonder of light?  A contemplative bell tolls something forever ephemeral but also expansively emotionally and spiritually moving, perhaps a cycical pattern as circular as the spinning mirror at the center of Russell’s frame and the center of the film’s philosophy. 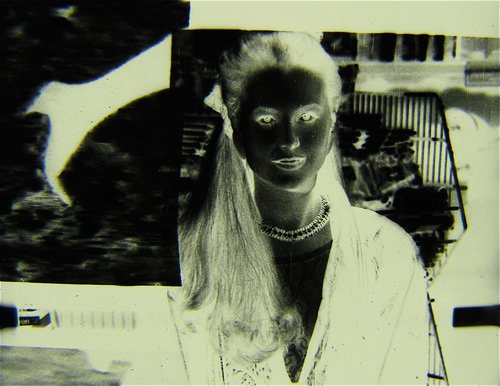 The gaze comes equally into play in Coming Attractions (Peter Tscherkassky, Austria), but the look is no longer ours through the magic of the camera but rather the come-hither beckoning of commercial advertising, models asking us to check this out, buy that, buy them.  The gesture is repeated across several vignettes in Tscherkassky’s montage-heavy short of highly manipulated footage, using outtakes from commercials (like the Kubelka short, Poetry and Truth, of some years ago) to repeat with minor variations the gesture seducing us to see and to partake.  Legs, hair, clothing, more legs—all are promised in overlapping, double-exposed visions of associated motion between commercial and aesthetic products. 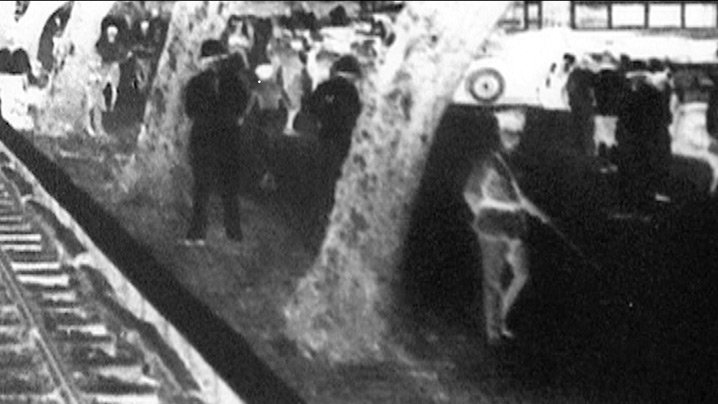 The only rival in visual density for Tscherkassky at IFFR was Ken Jacob’s latest stroboscopic-politique, Another Occupation (USA), a foraging, propulsive film on rails, integrating welcome cinematic movement (rather than Jacob’s common focus on static tableaux) into the source material the filmmaker digitizes and proceeds to re-film in throbbing semi-3D.  The mobile camera movement—let’s not forget, the first indication of moral cinematics in the history of film criticism—is the subject of the video, with an ambiguous Southeast Asian country as the setting which could very well be Vietnam, Cambodia, or Thailand, a setting at any rate with heavy military presence revealed not only through the original camera movement of the footage but of also by Jacob’s artist-imposed “stops” on the camera-train’s journey, halting our elegant glide to wobble the frame’s contents into a dimensionality revealing its local atmospheric lyricism as much as its uneasy population.  That unease comes to the fore half way through, as intertitles proclaim the life of the soldier being one of the most miserable created in this human world of ours.  This context casts the locked-on-rails tracks of the video’s movement into disturbingly confining terms, as if it is at once a “tour” through a foreign country as well as a soldier’s “tour” through their own (or someone else’s!) country.