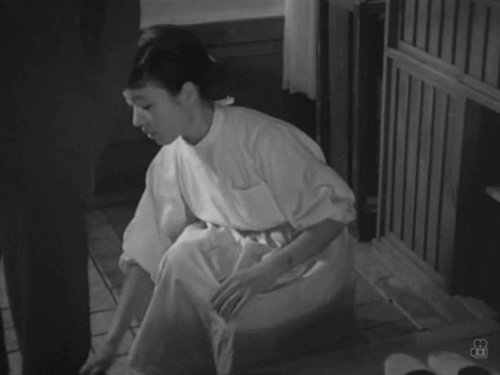 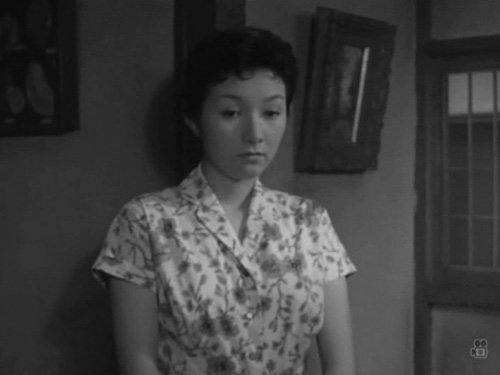 From "Women's Ways," Mikio Naruse's contribution to the omnibus film The Kiss (1955), which consists almost entirely of scenes where Hideko Takamine, our favorite sad-eyed gal, looks at something or someone; cinematography by Kazuo Yamasaki. Suggested alternate title: "Sonata for Reaction Shot." 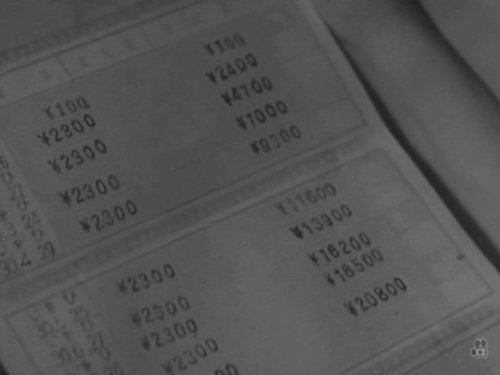 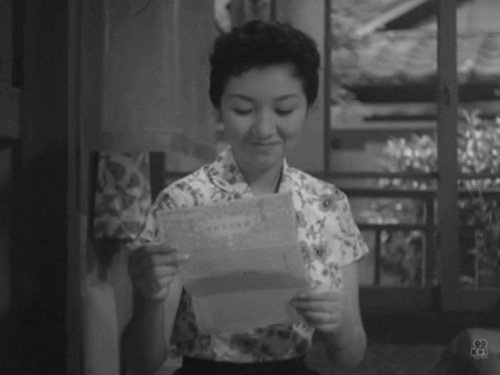 Miserable Mikio turns something like a Lubitsch comedy plot—a woman married to a doctor discovers that his young live-in assistant has a crush on him after stumbling upon her diary, and decides to solve the problem by finding the girl a suitor—into a funny mini-tragedy, playing the final punchline for equal parts irony and heartbroken resignation. 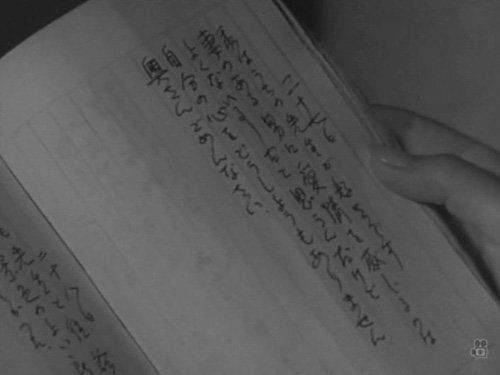 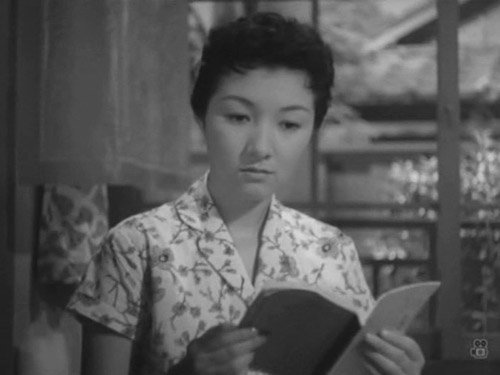 Almost all of the action transpires across Takamine's face. When she meets her brother at a cafe where a tinny proto-Muzak version of "The Blue Danube Waltz" gently farts in the background, and tells him that despite the situation, she "trusts her man," he responds: "That's not what your face is telling me." 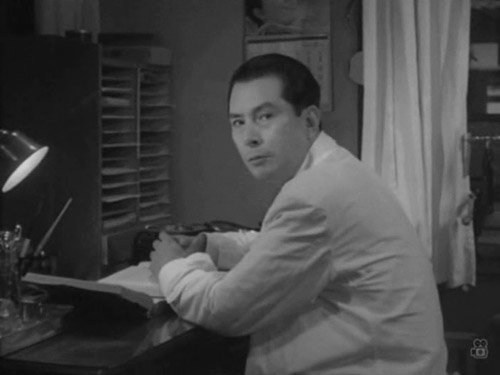 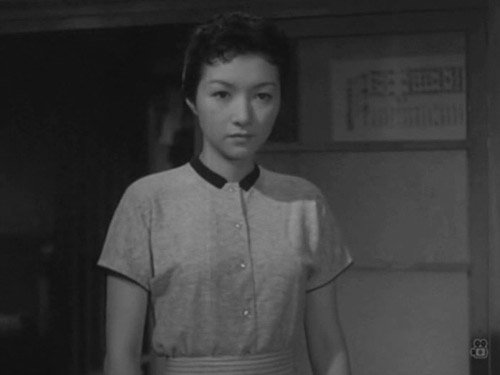 As you've probably noticed, there's a contractual clause here at The Daily Notebook that says that we can't go for longer than two months without posting some stills from a Mikio Naruse movie. This is to remind you that there are certain aspects of what can unfashionably be called "the human condition" that so far only Naruse has understood and that, as a master of editing (extending beyond the trademark abrupt Naruse Cut), he was also a master of images. 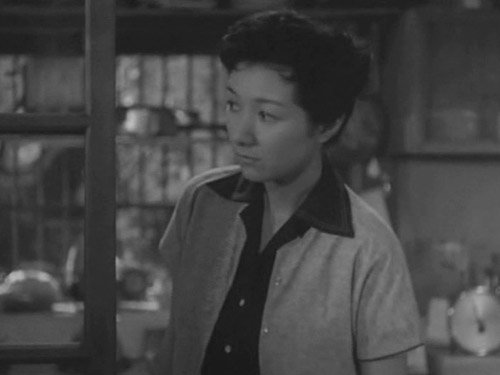 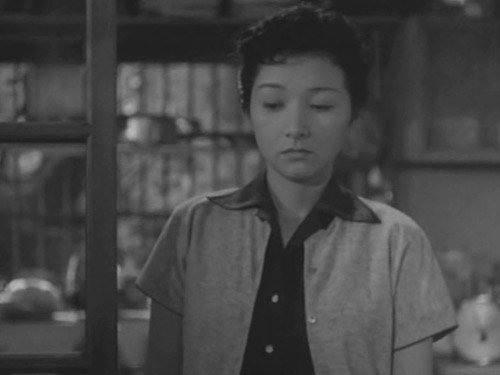 There's a second part to that clause that specifies that the stills always have to be taken from a blurry bootleg of a foreign TV broadcast of the film, to underscore two facts: 1) that all but one of Naruse's films remain woefully unavailable in the US and 2) that sometimes it is necessary to steal for love.