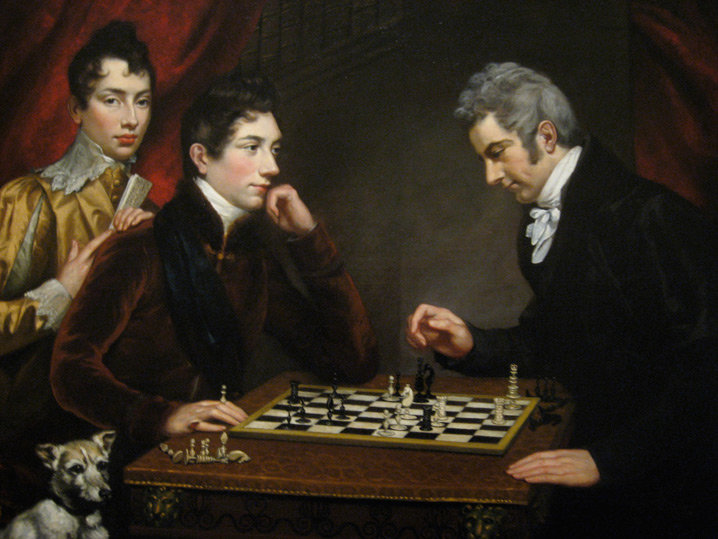 The debate about video games and their artistic potential (or lack thereof) in the shadow of film seems to rise and fall in swells, and while my own attitude may seem a bit specious, I would like to think that many readers feel the same: I love video games, but don’t necessarily like the fact that I love them. I catch myself backpedaling on the medium, unsure of how to react when it triumphs but eager to vociferate when it doesn’t. Thankfully, the potential for advancement in the study and creation of video games is nowhere more apparent than at the annually held Game Developers Conference (GDC), which marked its 25th anniversary in San Francisco this past March, and I was fortunate enough to attend and have my faith in games and their possibilities reaffirmed.

When compared to the more customer-focused Electronic Entertainment Expo—a whirlwind of game announcements, demo stations and testosterone heavy marketing blitzes—GDC is subdued, serious, even elitist at times. Notions of capital-A “Art” are joked about and mentioned in bashful passing, but there is also a quiet reverence attached to the term, a longing that perhaps some writer or coder or illustrator can tap into the medium and make its artistic promise constitutional, as if they were drilling for oil in some desolate terrain of consumerism.

Do video games belong in the sea of mass media, through which we—as film watchers, book readers, music listeners, sculpture circlers, etc.—drift and consume? Or are they strange jutting anomalies, inviting us to beach, interact and actually shape their topography?

If the latter is true, then there is an inevitable risk that our ocean of passive content will forever be surrounding and eroding these islands of experience, preventing them from fully meshing.

Brian Moriarty—a game industry veteran and Professor of Interactive Media and Game Development at Worcester Polytechnic Institute—eloquently pointed out in his lecture “An Apology for Roger Ebert” (apology taking on its etymological meaning of “defense”) that having an inherent stigma of “kitsch”—that is, commercially viable, traditionally unambiguous, and lacking the qualities of “Sublime Art” that aim to evoke the inexpressible— does not necessarily make video games any less culturally valuable. After all, kitsch, at its core, specifically exists to endow the general populace with art, albeit with recognizable and digestible products.  But video games are still “games,” Moriarty concluded, hinging on systems of will (and quoted legendary computer game designer Sid Meier in describing games as “a series of interesting choices.”) Moriarty’s lecture wasn’t a concession or sheepish admittance of defeat, however; rather, it was a subtle rallying cry for game makers to focus on how video games are played, instead of what they could mean or where on the spectrum of serious contemplation they belong.

Game designer Clint Hocking, who also frequently writes on the subject, including at his own blog, Click Nothing, echoed this sentiment with an inspiring lecture on the subject of “dynamics” in games, distilled into the mantra of “How Games Mean.” In his talk, Hocking recalled the early montage experiments of Kuleshov, creating perceived emotional effects from a base level of rearranging and splicing certain shots of film (a man with a neutral expression, a bowl of soup, the same footage of said man but with a new attached meaning of hunger, and so on). The “emotional noise,” as Hocking put it, rests in the edit, otherwise we are simply given “de-conceptualized bits of reality” and left to fend for ourselves.

Video games, on the whole, seem to be especially susceptible to fragmented interpretations of the synthetic worlds they portray, but the games that are truly good and worth playing are the ones that “mean” through their dynamics, and this is a shared, negotiated process between the systems of play and play itself. The game of Go, Hocking offered as an example, has to begin with a game of Go; only then can the board and its stark binary stones be celebrated as a creative work and art form, as so many players and scholars have attributed to it. The video games that Hocking has helped to design, like Far Cry 2 and Splinter Cell: Chaos Theory, make player effort a crucial component in how each game’s rules are transposed into dynamics and then grafted onto the immersion that, in turn, is felt by each participant during their individual experiences with the game. The ethical quandaries and opportunities for  “social savagery” that formed the backbone of Far Cry 2 (for example, euthanizing allies in the game either to put them out of their misery or for personal gain, or both) had no tangible way to “mean” until they were unearthed—often times unexpectedly, or unwillingly—during gameplay.

Montage may arguably be the way through which films create meaning—at least, according to Hocking’s rudimentary definition—and interaction the way that games mean, but dynamics are also influenced by story itself. When the two fail to complement each other, the experience becomes over-saturated with the perfume of the artificial. Heavy Rain, a plot-driven detective game released last year for the PlayStation 3, is a divisive title, and the majority of the arguments seem to stem from whether or not the marriage of the gameplay to the narrative is successful. Using cinematic camera angles and choices of action that are logically and contextually tethered to what is taking place within the overarching story, the game gives the feeling that players have unbiased freedom to engage with the characters and environment as they see fit. The plot shifts accordingly, taking the player’s specific choices as cues to shape what happens next (when a character dies, they remain dead until the game is finished, for example).

David Cage—founder and CEO of Paris-based game developer Quantum Dream, and director of Heavy Rain—spoke of the game’s development process at GDC, and seemed slightly defiant and off-putting during the postmortem (perhaps the result of a language barrier), adamantly insisting that games needed to “grow up” with their narratives. Cage’s aspirations with Heavy Rain were that it “played like a movie,” a concept that initially seems enticing. But a major disconnect between player input and narrative output in Heavy Rain prevents any “dynamics” from taking shape. Being able to manually control the speed and repetition of actions in the game world, no matter the banality of the situation—puffing on an inhaler, opening a car door, sitting on a child’s bed—undermines the serious intentions Cage and Quantum Dream were trying to convey, and providing these mechanics to the players in the first place seem to actually encourage messing around.

At its best, Heavy Rain becomes a series of tense and effective moments of story made mildly interactive with limited choice and reflex-based skill sequences (or, as current designer/former game journalist Sean Elliot succinctly put it on Twitter, “entering a password to unlock a cut-scene”)—hardly the dynamism Hocking champions.  Strangely enough, during Cage’s talk I was suddenly reminded of an early PlayStation Network title, Linger in Shadows. This game also used “cinema” as its mode of both reception and interaction—a surreal animatic involving a cat and dog being chased by a frightening cybernetic alien squid progresses chapter by chapter, and the player manipulates factors such as camera angle and speed to discover and “unlock” the next branch in the story—but managed to keep me invested more than Heavy Rain ever did. 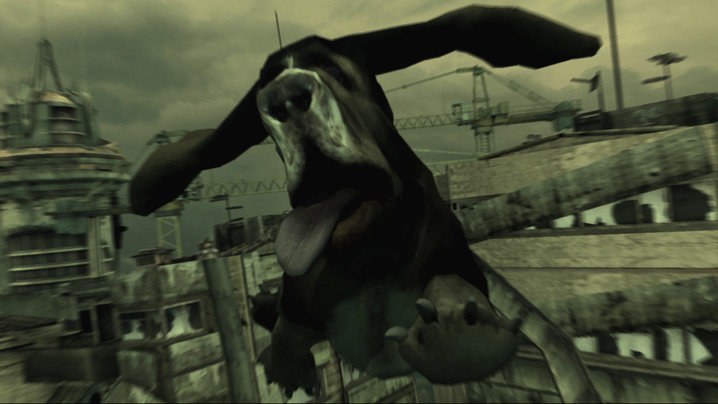 One of the more insightful arenas of interactive discussion took place at the Experimental Gameplay Sessions, in which a panel of seven independent game auteurs presented their homemade creations and the inspirations behind them. All of the entries were fascinating, from retro-active time manipulation puzzles to simultaneous micro/macro actions within a model physically located inside the space it represents, to a kind of meditation game where smooth, cadence-like rotations of a mouse cursor are the only way to continue the exercise.

It was Nicolai Troshinsky’s Loop Raccord, however, that demonstrated a type of “game montage” in which the process of editing becomes the system of play itself, and organizing the bits of reality the dynamics. If there were computers in Eisenstein’s time, a design document for Loop Raccord could have been found nestled somewhere within Film Form’s manuscript, perhaps the chapter on ideograms and the Japanese method of teaching drawing. In Troshinsky’s game, a series of repeating, randomly selected public domain video clips are shown, brought to life by the player’s clicks. Scrolling the mouse wheel up and down advances the selected video frame by frame, and clips can also be reversed. The objective of Loop Raccord is to continue the lines of inherent motion created by each clip’s mise-en-scene—something extremely difficult to do, admittedly, without exhaustive repetition—and create something of an abstract continuum between bursts of action in scenes that are otherwise completely unrelated.  The hand of a man turning a large industrial wheel in one clip, for example, becomes a mug of beer being slid across a bar, which becomes a pair of legs walking in the same direction, and our eyes follow a handkerchief dropped on the ground next to those legs into a nose-diving jet plane in the frame below, and so on and so on. Not only was it an exciting way to see found footage come alive again, but that new life was one of interaction, where something even as conceptual as mise-en-scene could serve as a type of playfield. Next to Linger in Shadows, it was the first time I could see how an “interactive movie” could successfully work in the context of video games—not one of filmic conventions and arbitrary authorial control, but one of moviemaking itself.

The emphasis on being playful—that is, full of play— was a recurring theme amongst many presenters at GDC, a quality of video games that runs the risk of being obfuscated as the medium gravitates towards more high-budget, cinema cribbing and enclosed narrative experiences (perfectly represented by Rockstar’s L.A. Noire, featured at the Tribeca Film Festival this year and lauded for its facial expression technology). But there was an undeniable creative electricity present throughout San Francisco’s Moscone Center that offered hope that the medium of video games could be art but should also, first and foremost, be games, interactive archipelagos holding firm in our modern waters of idle consumption.

Images: "The Chess Players" by James Northcote (1730), used in Brian Moriarty's GDC lecture 'An Apology for Roger Ebert' and a screenshot from Linger in Shadows.