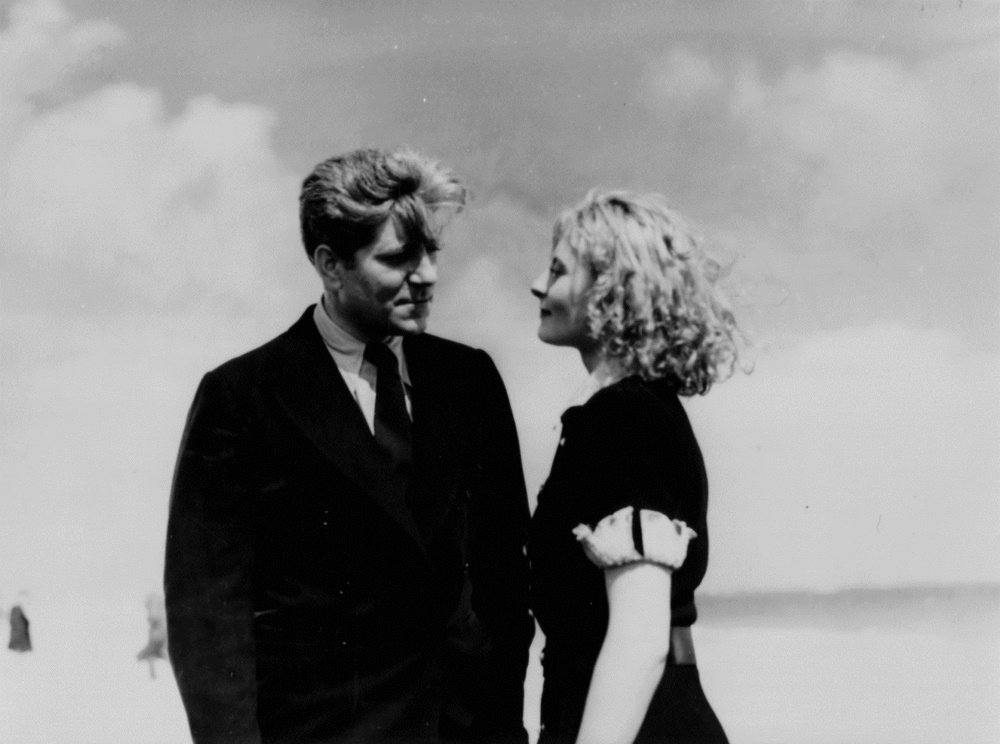 The “melo” of melodrama, a word from the French, takes its root from the Greek melos, meaning “song.” Originally, the two-pronged word was said to be a sensational or romantic stage play with songs or orchestral accompaniment. The recently departed Alain Resnais took the prefix for the title of his superb 1986 film Melo, about a love triangle involving a violinist and a pianist. Only one of the three Jean Grémillon’s films (Remorques, Lumière d'été, and Le Ciel est à vous) in the Museum of the Museum Image's major and rare retrospective, made during WWII and the French Occupation, carries the music or the happy ending, which Webster’s affixed to melodrama’s meaning in the year of the filmmaker’s death, 1959, but now leaves out. These Grémillon films are probably harder to place than a pat definition of melodrama. The don't feel like war-time films. They move in a different circuit, embracing but also expounding upon the tawdry conceits of the form–if Grémillon's primary interest is melodrama, he is as disobedient to its mores as the most liberal lexicographer is to the imbricated word's meaning.

Remorques or Stormy Waters, but literally, Tugboats, from 1941, is a work that dons many different genre guises and then quickly abandons them. In the first minutes, Yvonne (Madeleine Renaud) dances with her husband Andre (Jean Gabin), a tugboat captain. They are at the wedding of one of his crew members. As they dance, she is dispirited and says to him, “...I love you and I know you love me. You men don’t understand these things.”. Jacques Prévert, a poet and oft time screenwriter for Michel Carné, wrote the scenario and dialogue. One thinks the film will be a response to this Keatsian cri de coeur of living in opposites, with the bored housewife versus the man who is all about his work, and that bell is struck when a large ship caught in a storm must be rescued by Andre. For the next half hour or so, one is in action land with plenty of slow-motion shots of heaving waves battering the ships. Interspersed is the introduction to the flailing ship’s captain, a lecherous man only interested in money, and his distraught wife, Catherine (Michèle Morgan), whose hatred of him spurs her to abscond with others on a raft, boarding Andre’s vessel despite the storm. It is a gamble to stage the action scenes in the first part of the film, but it makes the human drama of the rest compelling. The grace notes of small scenes at the wedding anchor the narrative's return to people problems in the second half.

There follows the brief drama of one ship towing the other, but the rest of the film is landlocked and the towed ship’s captain falls out of the narrative, while his feline-faced wife later finds Andre and preys upon him. Andre continually doesn't flash much affection his wife's way and what at first seems like a long-shot affair morphs into a sure thing. Yet, the fires of lust flame temporarily because Yvonne falls ill, a fact slid between the long scenes of their entanglement when a doctor makes a desperate phone call. A simple bit of information, but Grémillon adds into the doctor's shot an old woman knitting in the background, a reminder of the life Andre can’t see fit to enjoy. With this new detour, the heart accelerator of any melodramatic script, there is a gesture at the disease of the week film. In a picture only 85 minutes long the threads multiply, as do doublings of the major characters with different sets of minor ones, and at one point the whole speed of the film upshifts at an eerie beach house that looks forward to Jacques Rivette’s similar structure in Out 1, when Catherine remembers a horror film and Grémillon obeys the incantation and delivers Lynch-like music and images for a few minutes, which goes a way toward aping the incongruity of two people, who have little in common but attraction, coming together on the sly. That Andre, who gives his wife so little, will give his attentions freely (after fighting them) speaks to Grémillon's interest in flawed characters, men he saw dominating the culture at the time

Remorques, like a Lynch film, is as absorbed in fulfilling melodrama's imprimatur as wandering into spaces not normally reserved for the genre , even if  the time was not ripe to explode the familiar tropes carefully lined up to garner audience sympathies like a rack of bowling pins. Started in 1939, but not finished filming until 1941, the spirit of malaise just before the great event is signaled when a crewman says, “Unhappy people easily recognize one another. It’s be sad if we didn’t.” As in La règle du jeu, which Grémillon heavily alludes to in his next film, Lumière d'été, people are alive, but so many are at cross-purposes. Just as in real life tragedies, and quite apart from melodrama, little good will comes from such misplaced emotions. 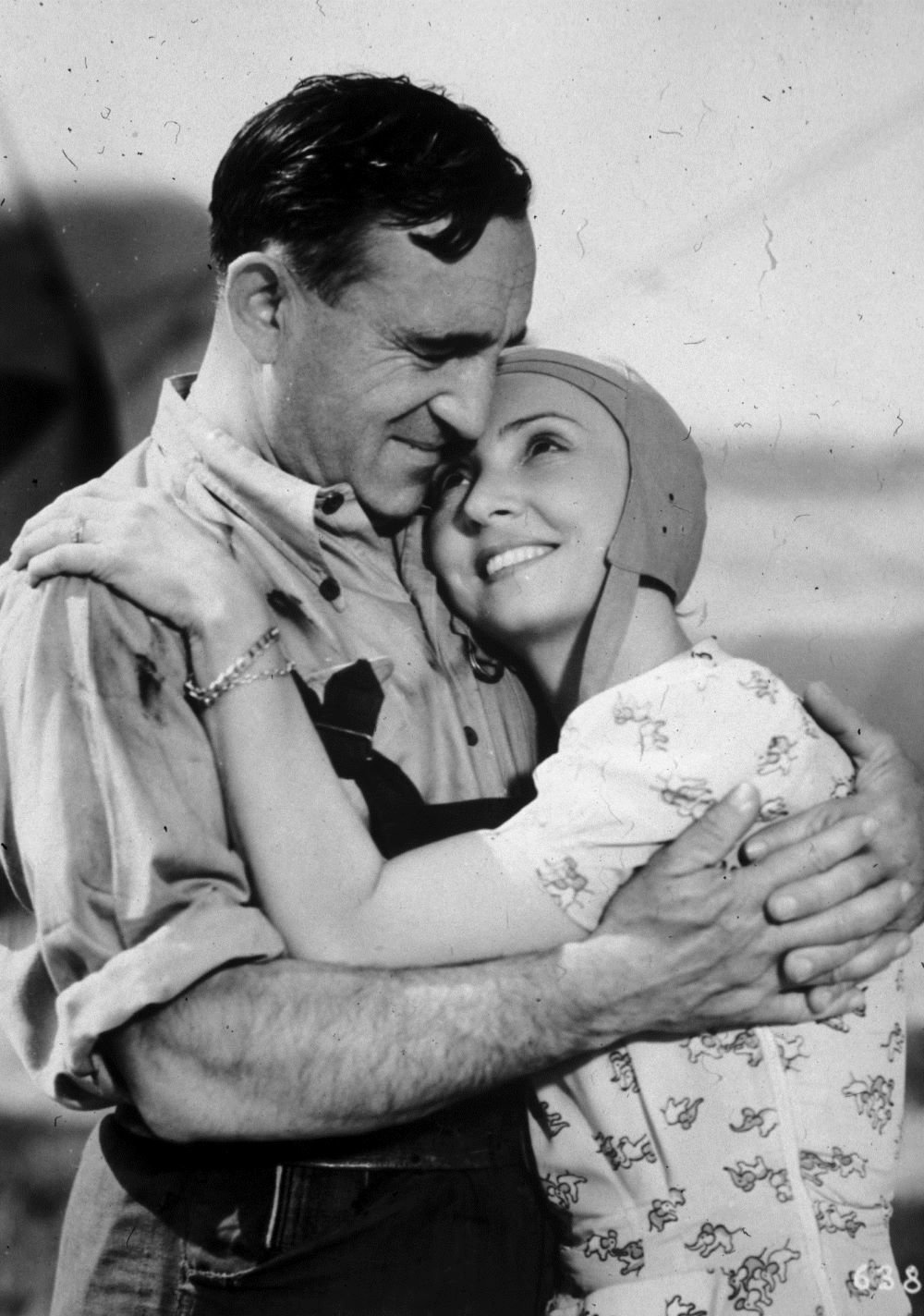 While Lumière d'été followed this way of thinking, with a more class-conscious love triangle set at a mountain resort where the decadent lives of the rich lead to their own extinction, to the point of the Vichy Government's trying to get changes (which Grémillon overcame), Le ciel est à vous (The Woman who Dared in English, but literally, The Sky is Yours) from 1943 is something else. It is more the quintessence of melodrama, though it begins with a preface saying the film is “based on people who even today lead modest hardworking lives.” The beautiful opening shot gives a bird’s eye view of the village where the family at the center of the film is headed, showing both a flock of sheep and a group of orphans. The family moves to Villeneuve in an old open-air car stacked with belongings, one gets a “Grapes of Wrath” feeling, and it is full of other throwbacks as the daughter’s piano teacher puts his arm around the diminished girl’s back, comforting her in the face of her parent’s egos, as well as the irascible mother-in-law living amongst the family and armed with barbs for everyone. The husband, a car mechanic, is enamored of aviation and soon his wife catches his enthusiasm after returning from working in a distant city for a few months to make better money for the family. All this is to the detriment of their daughter’s musical ambitions, as they eventually want to sell her piano to pay for their flying adventures. When the piano teacher tells the daughter, “Small towns need girls like you, so the best things in life may continue,” it’s easy to imagine the edict as an admonishment against the hardscrabble living of the French resistance.

Five years before the making of the film, Emilia Earhart had disappeared in the Pacific Ocean. Distance records, which the wife eventually tries to eclipse, probably weren’t on people’s minds at the time, but it is a symbolic of resistance, especially of a woman's place in society, and Grémillon keeps things suspenseful till the end. He arrives there by telling a tale of dreams set before responsibilities, as story that can look callous against today's strong-arming helicopter parenting styles. Indeed, the husband ironically tells his wife, who initially returns to find her family occupied with other concerns, that they had to find remedies for their boredom because she wasn't there to chase after them. Her thought that she is not so important in, mainly, her husband's life becomes the clarion call driving them to succeed in the sky.

In the same year as the film's release, Grémillon began to serve as president of the Cinémathèque Française, a position he retained until his death. He went on to make documentaries again (his career began with portraits of the working class) and later a few more melodramas (L'Étrange Madame X and L'Amour d'une femme) with strong female leads. His wide-ranging oeuvre demands viewing (much of which has been written about here on the Notebook), especially for his impression and understanding of melodrama in all its meanings and the melancholy he often portrayed as pressing down on, but not always breaking, the human soul. ­