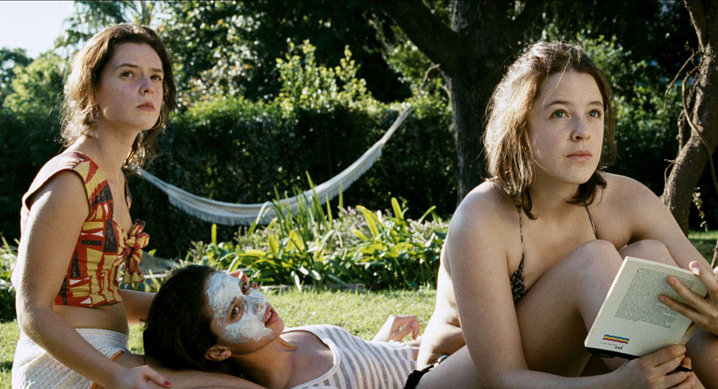 Locarno is wrapping up its 64th edition tonight with an awards ceremony that spreads the wealth across nine features in the International Competition and the Cinema of the Present. In a year that was notable for several strong debut films, six of the nine awarded films are "opera primas." (Full disclosure: I served on this year's Opera Prima jury, with the Bangkok Post film critic Kong Rithdee and Le Film Francais correspondent Anthony Bobeau.) The Golden Leopard went to Milagros Mumenthaler's exceptionally confident Chekhovian debut, Abrir Puertas y Ventanas, which has been officially titled in English under the very poor Back to Stay, but which is subtitled on the print with the far better Open Doors, Open Windows, which also scored a prize for Maria Canale as best actress—an odd pick in my view, since the film is for a good stretch of its running time a ensemble drama between Canale, Martina Juncadella and Ailin Salas. The runner-up Leopard was handed out to Israeli first-timer Nadav Lapid for his objectivist examination of stark divisions in current Israeli society, Hashoter (Policeman). The jury, led by the legendary Portuguese producer Paolo Branco, decided to give Aoyama Shinji a special jury prize for his Tokyo Koen (Tokyo Park) and "his outstanding career," which is fairer to describe as "uneven" rather than "outstanding." Adrian Sitaru's extremely effective if somewhat mannered drama, Best Intentions, scored two Leopards—one for director, a highly debatable pick in this field, and a consummately smart pick for lead actor Bogdan Dumitrache as a grown son stressed out to the max by his mom's stay in ahospital. Branco's jury continued to show the love, with a special mention for a fifth film in the International Competition, and the only major one I've yet to see, but which was generally liked: Mia Hansen-Løve﻿'s Un amour de jeunesse (Goodbye First Love). 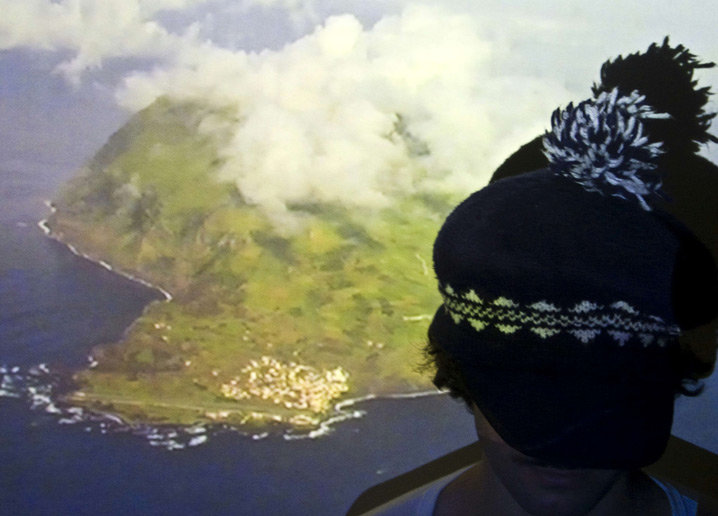 Above: Gonçalo ﻿Tocha's award-winning It's the Earth Not the Moon﻿.

The Cinema of the Present jury, led by Dreileben co-director Christoph Hochhausler, delivered three smart and perceptive decisions. Their Golden Leopard went to Alessandro Comodin's brilliant in-between film, L'estate di Giacomo, for me, the discovery of this year's Locarno, and a fine marker not just of the present, but the future. The runner-up prize was handed out to yet another debuting filmmaker: Santiago Mitre and his study of politicized college life, El estudiante (The Student), which premiered in BAFICI. And in a great pick, the jury (which included such fine filmmakers as Raya Martin, Athina Tsangari and Michelangelo Frammartino, along with producer Zhu Rikun of Karamay) opted for a special mention to one of the unquestionable highlights of Locarno 64: Gonçalo﻿ Tocha's years-in-the-making film on the furthest and tiniest island in the Azores, Corvo, whimsically titled, It's the Earth Not the Moon. Festivals are made by such films, and Locarno 64 will certainly be remembered for these—and that's not something juries always do. On top of my Opera Prima jury list was a film as adventurous as any in the festival, and, yes, yet another debut: Valerie Massadian's Nana, as disturbing as it is poetic, a quicksilver piece of pure cinema that will be much discussed. We certainly did. And as a sign that the Locarno prizes kept their smarts all the waythrough, even the audience prize—almost guaranteed to go to a bad film—went instead to a good one, and my Vegas bet for Canada's Oscar submission: Philippe Falardeau's emotional grade-school drama, Bashir Lazhar, which is headed for Toronto.﻿