According to my best available sources, the first Jean-Marie Straub/Danièle Huillet film to appear at the Locarno film festival was their 1994 short, Lothringen! (All corrections and updates to this are welcome.) This turns out to be perfectly appropriate for the appearance of Straub in Locarno circa 2011, in which new and old work appears in three separate programs, including a revival screening of Lothringen! (sometimes known as Lorraine!) as part of a Straub shorts program. That program also includes one of Straub's newest films, Un héritier, which was commissioned by the Jeonju film festival for its annual Jeonju Digital Project and, in what's now a tradition, is here in Locarno. This edition of the project is about as strong as any recent one, with the Straub and a small masterpiece by José Luis Guerín, Memories of a Morning, which sees him in the sublime mode of En construcción, both set in distinctly different Barcelona neighborhoods; Claire Denis' inconsequential diary short, Aller au diable, rounds out the trio. The beauty of this selection is that Un héritier is shown for the first time since Jeonju (where I saw the entire Digital Project) both within its original commissioned context and apart from it, in a different and perhaps more useful and meaningful context—as part of Straub's ongoing fascination with the history of his hometown of Metz, and the surrounding Alsace-Lorraine region. Seen paired inside the four-film program with Lothringen!, Un héritier takes on an even angrier tone than when I first saw it. Both pieces are based on different literary texts by the Lorraine regional author, Maurice Barres: Un héritier stems from Au service d'Allemagne, which describes the bitterly resented subjugation of the native French population by the dominant German occupiers; Lothringen! is derived loosely and in fragments from Barres' 1909 novel, Colette Baudoche, about a young Alsatian girl in Metz in 1870 falling in love with a German university professor. 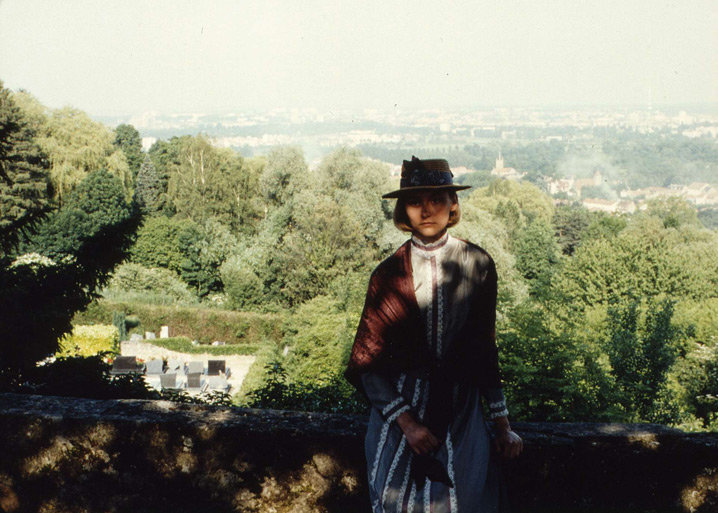 The two films mark poles in a notable shift in Straub's cinema over the past two decades. Lothringen!, as my critic colleague Francisco Ferreira marveled to me after yesterday's screening, is some kind of high water mark for Straub-Huillet's use of the pan shot to convey historical meaning by means of a photographic capture of geography and architecture. In shot after shot, the 35mm camera pans left to right or right to left, often in 180 degree arcs, and occasionally in high-angle dipping arcs or low-angle rising arcs, to observe Metz and its environs in the mid-1990s, a little more than 120 years after the novel's events as well as the European wars which saw many Metz males lose their lives—captured in two shots of war monuments, the sort that tourists typically will gaze at without comprehension. This pan shot grammar has been gradually integrated with more fixed shots observing actors reciting selected texts, such as the recent series of short films based on Cesare Pavese's Dialogues with Leuco—Quei loro incontri, Artemis' Knee, Le streghe, femmes entre elles (represented in Locarno by a separate program devoted to a single non-fiction 2010 feature by Romano Guelfi about the making of Le streghe titled Dell'avventura 2/1, marking the first of a series of docs Guelfi is making about Straub's filmmaking practice) and, now, L'inconsolable, in which Orpheus laments his journey to Hades to rescue Eurydice. The pan does recently pop up as a visual element in the 2010 short, O somma luce, but one is struck by how different the overall cinematic construction of Lothringen! is from the recent work, and not just because the former is in 35mm while all of the recent work is in digital video. The spoken text, presumably taken from Barres, is purely in voiceover in Lothringen!, while the dialogues in both L'inconsolable and the other world premiere in the program, Schakale und Araber, are delivered in partial direct address.

For all of the formal differences between Un héritier and Lothringen!, the concerns remain the same. Some viewers may be just a tad bothered by Straub's selection of material by a frankly ultra-nationalist writer like Barres, whose hatred of the Germans knows no bounds, and who is even described on occasion as a French "blood-and-soil" patriot. Straub, too, doesn't much like Germans, and it seems that with Un héritier, he returns to Lothringen! and its ringing call against German psychic and cultural occupation. To underline the point, Straub appears in Un héritier in a speaking role for the first time in any of his own films since the 1973 short, Introduction Arnold Schoenberg's Accompaniment to a Cinematic Scene, playing opposite Joseph Rottner as a French Alsatian doctor. Straub physically inserts himself into the action on screen—and there is action, with Straub and Rottner having a casual conversation while walking down a forest path, followed by a moving camera, a rarity in Straubian cinema. More striking still is the sight of Straub on screen taking on the role of listener, attending to Rottner's doctor describing his attempts to treat a woman (Barbara Ulrich, who appears in three of the Locarno shorts) while contending with her violent husband. These images remind that Straub, as a filmmaker, is always standing or sitting next to his camera, and listening to his actors. Now, in Un héritier, he permits himself to be seen in his normal position as listener. 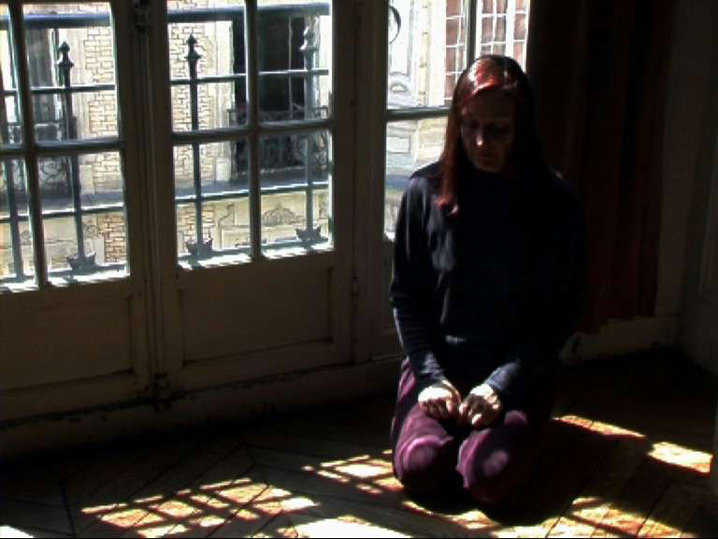 If there's no doubt where Straub stands in the struggle between the French and Germans in his native region, the struggle between two groups in Schakale und Araber is more mysterious and open to interpretations. The original text is a Kafka story, about what happens when a European trekking through Arab lands is confronted by jackals, which can speak his language. The jackals tell the visitor how much they despise Arabs, and appeal to the European to help kill them. As allegory, the story has been read any number of ways—as a tale of Zionist vs. Orthodox Jews, as a fable about Jews vs. Arabs—and Straub's handling maintains the openness. Paradoxically, while some of Straub's filmed texts aren't necessarily set outdoors, including the beautifully performed Pavese dialogue of L'inconsolable (set, like so many of the recent "performance" films, in lovely natural locations that always remind me, as a Southern Californian, of the wooded glens in the Santa Monica and San Gabriel mountains), the Schakale und Araber story is set in the Arabian desert, yet Straub films actors Ulrich, Giorgio Passerone and Jubarite Semaran in an old drawing room cast in daylight through French windows. Since physical space plays such a crucial role in all of the films, this choice for the Kafka is especially mysterious and ripe for puzzling over. It's as if, by placing it in a hyper-European interior, Straub is bringing the original Arabic place setting back to the source of the problems, in Europe itself.

It seemed to me that the Locarno screenings were also distinctly Swiss, or at least exactly mirrored what an outsider experiences in Switzerland, which is a quadri-lingual world which skips between Italian, French, German and English, the country's four languages. While L'inconsolable is in Italian with French subtitles, and Schakale und Araber is in German with French subtitles, Un héritier is in French with English subtitles, and Lothringen! is in French with no subtitles. Maybe only in Locarno, certainly only in Switzerland.