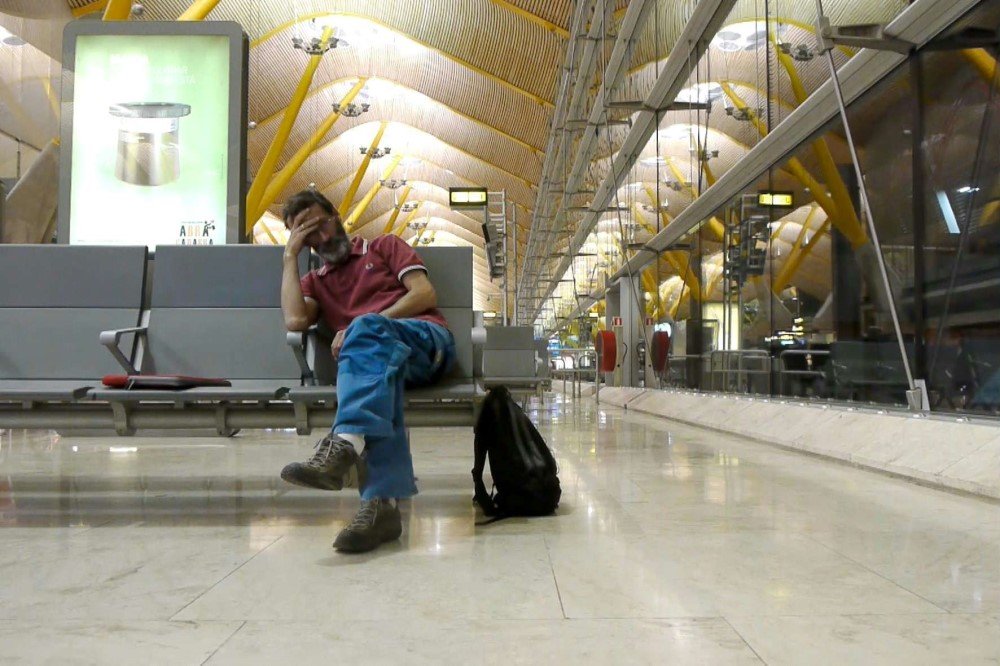 “My name is Joaquim, and my life has nothing special.”

This is how the film begins, and the film is what makes (among other things) Joaquim Pinto special.

A notebook, a diary. A tale of pains and joys, of suffering and struggling. Of books and films. Of many places and moves. Of memories and images that come again and again. A tale of bodies, cells, and the making of mankind.

Almost 20 years ago, Joaquim Pinto has been diagnosed with AIDS.  After having gone through all available treatments, he has entered an experimental program with a Spanish specialist.

From November 2011 on, Joaquim has been making a film: the notebook of one year of tests and treatment, of limited activity. But also a year of going through one’s memories, a year to study and think, a year to live with Nuno, his life partner and husband, to live with the neighbors and the friends, with faithful and loving dogs. And with piles of boxes eventually opened after the most recent move from an island of the Azores back to the continent.  Boxes that bring back memories. Photographs, films, books, scripts. Paper and celluloid.

Joaquim Pinto has lived with cinema since the early 70s. One of the most famous sound artists of his generation, he has been a tireless companion to João César Monteiro﻿, the mentor and friend who made him go to film school, and Werner Schroeter, Raúl Ruiz﻿, Manoel de Oliveira, Vitor Gonçalves, André Téchiné, João Botelho﻿, Robert Kramer… and also the producer of many films (many by Monteiro), and last but not least, the refined director of films like Onde bate o sol or Das Tripas Coração.

Joaquim’s album is not a press book. It’s a family album. Of times when cinema was being questioned and reinvented… or better to say “enchanted”— enchanté. Politically challenging and artistically under new spells.

And threatened and stricken by a disease.  In the 90s, Monteiro offers a script to Pinto, called “The Disease of the Century”. Friends die: Daney, Jarman, Copi…many others.

Pinto’s film is not an anthology. Nor a lamento. It is a road. A meditation in film that does not walk the straight line of time but goes back and forth, wanders and gets lost, anticipates the future and catches up with what has been missed. Images and sound seem to meditate along with the “storyteller,” someone at times despairing, at times amused, at times full of hopes. The one who lives, fights, shoot images, edits sequences, chooses the sounds and the music.

One year, many years, and even centuries of human experience. The film starts and ends with a book. A magnificent precious edition of De Aetatibus Mundi Imagenes (The Illustrated Ages of the World) by painter and essayist of the 16th century Francisco de Holanda. Going to Spain for the treatment, Pinto visits the book at the National Library as one would visit a long dreamt of monument. De Holanda’s illustrations conclude the film after a journey through the ages. Having to understand what the disease and the treatment are about, Pinto travels along the long road that Man walks as “a mix of cells, memories, DNA and bacteria.”  A creature not so much “different” than “recent.”  Having to know about cells and viruses in an exercise in asceticism. 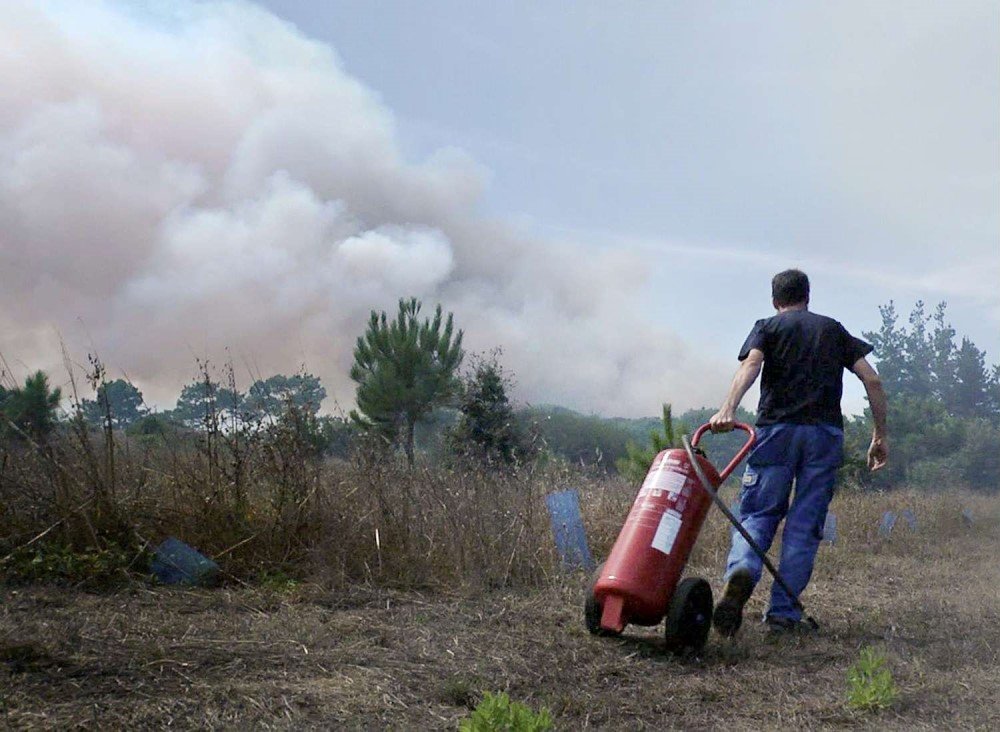 ﻿The traveler’s voice and the traveler’s image: a distance and a proximity. Long shots of vibrant nature or long shots of the traveler’s face while he’s talking to us through the camera lens: the director-traveler has a witness, and this witness is treated as a friend—each of us viewers is a companion. Someone who can enjoy the delicate movements of an insect and share the sleepless night of pain and confusion. Sequences of work in the field or of fighting the fire in the countryside where Pinto and Nuno live, moments to share a conversation with a neighbor or to talk about money: traces that become an everlasting “present time,” starting points of longer roads. To produce one’s own food (as much as possible), to live among others living one’s love, to listen to the dark vibrations of one’s body all carry a political dimension: the world is around, in the TV programs or on the Internet, in the daily papers of Spain and Portugal. Fighting is global: mankind is an organism, a complex body tortured by injustice, exploitation, greed. Medicine and drugs: treatment, and also drugs as a refuge in crisis stricken Portugal. Illness as a history of the poor. Debt as sin. Tests as injustice when the Spanish government cuts the public health funds. The director-traveler is a witness, sometimes lost and confused, who slowly walks towards a new conscience. Not a happy ending nor a redemption: a way of dealing with “sad times.” Images that may look “simple” (a wasp, a tree, a face) become complex sentences that match the sentences of the narration's text.  Humor and refined wit are playful tools to tell a few personal conclusions, like in: “Favorite pastime for virologists: are viruses alive? Without an agreement on the definition of living. Favorite pastime for some biologists: writing banalities about God, homages to Anglican atheism.” A fragile insect trembles. In the background of the shot, the blurred silhouette of a building. A bankrupt bank?

﻿Pinto’s cinema is about the fruitful possibilities of images, far from cheap symbolism, in the simplicity that was called “evidence.” His belief is in cinema’s capacity to express the incomprehensible and to conquer knowledge and conscience thanks to its most basic elements: frame, vibration of light, time, cut. And to its capacity to make the past present, to have friendly ghosts walk and smile again, to engrave fleeting moments in collective memory.

Pinto’s filmic journey ends with Francisco de Holanda’s images. A figure of Eros and a sentence. Does the sentence contains the words “Nuno” and “love”? It is a sentence of Virgil, and it goes:  Nunc scio quid sit amor. “Now I know what love is.” Could it be the same?