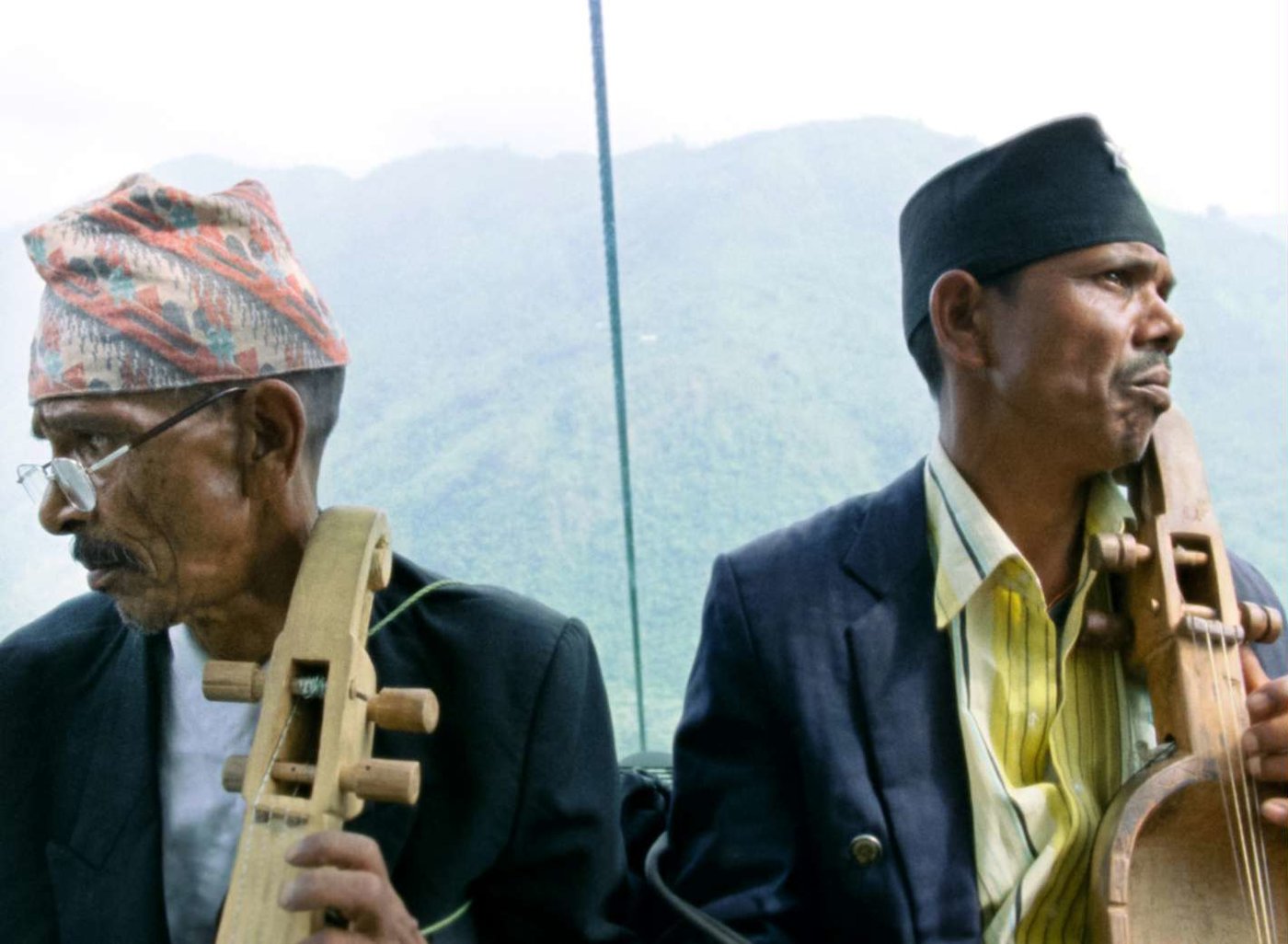 The at-first discomforting setup of Manakamana, too aesthetic and too set on its rails—or, in this case, its cable—eventually gives way to the command of the people it records on camera, becoming an increasingly warm and open experience. It works like this: the entire film takes place in a cable car in Nepal (Manakamana, a mountaintop temple, is the destination). The camera is fixed, pointed at whoever is seated on their way to (or back from) the temple, each shot lasting the duration of a trip, something like 10 minutes, leaving the various passengers as the one variable in this experiment, their behavior releasing the film from its own rigor. The first two riders remain silent, leaving the viewer with nothing but his or her own imposed thoughts, a somewhat dangerous exercise—what could one read from such a blank slate conceit other than one's own naive inventions and cultural reductions?—but once we meet more people, occasionally in pairs and trios, some of whom shyly interact, others less inhibited, the film becomes progressively engrossing. Less about defining a cultural space or habit, Manakamana becomes about a brief space that exists in between, when people are just people, however they behave. The ethnographic ambitions of the film, then, are slight or misplaced; the real pleasure here comes from the smiles, conversations, melting ice cream, strummed sarangis, and the colorful mundanity of this seemingly uninteresting revolving trip. The cramped cable car may appear unremarkable as a location, but the film's most instructive insight is into how this space is transformed by whomever inhabits it, with no trip the same, the space is fixed, the camera still, and yet it is always something new.

Functioning best at their least intellectual, the Sensory Ethnography Lab films search for new aesthetic experiences in strange, calculated parameters, offering not what Werner Herzog would refer to as an "accountant's truth" but instead senses and resonances equally if not more valid than the sort of bare anthropological readings such subjects could yield. The one composition of Manakamana is gorgeous. It's static but always shifting, framing a perpetually evolving landscape, contrasted with various native people, tourists, and, um, goats, that offset the space and the color. As usual with the most successful of the Ethnography Lab films, there's as much about cinema here as there is anything scientific or academic. Filmmakers Pacho Velez and Stephanie Spray provide the framework, but it's the people on camera that shape the film's feelings, and it is this intersection of movement and stillness, of control and spontaneity, that makes Manakamana a special destination indeed.