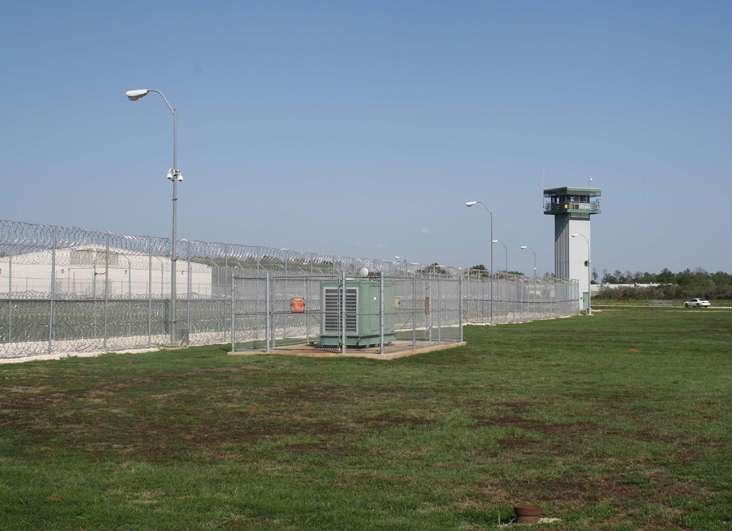 Expanding further on a project that began with the feature film Into the Abyss two years ago, Werner Herzog has added another set of four hour-long entries to his On Death Row mini-series. The initial film focused on a single murder case in Conroe, Texas, the two criminals, various loved ones of the victims, and even employees of the state involved in acting out the death penalty. Without playing down the horror—and absurdity—of the crimes, indeed emphasizing the meaninglessness of the murders, Herzog created rich human portraits of the "killers", arguing not for their innocence but simply against the primitive death penalty. By carefully tracing the reverberating pain caused by the crimes, and the trauma inflicted on everyone it reaches, the film's empathy lay equally with everyone on screen. As beautifully restrained and convincing the film was, the TV spin-off, is, in some ways, even more successful, and enriches the overall scope of the project, if only for allowing us to meet more people through the distinct gateway that is Herzog's lens.

Each case and its accompanying cast of characters support the project's underlying ideas while also working as small character studies—though maybe "sketches" is a better term considering how little time (50 minutes) Herzog is able to have with each inmate. The most striking of the new four episodes features Douglas Feldman (as of now, just recently executed), a man who randomly killed two people one night out of sheer rage and disregard for human life. However, Feldman comes across as the most eloquent and intelligent of any of the inmates Herzog meets and, remarkably, the two men turn out to have some things in common. Having both traveled extensively, coincidentally, Feldman and Herzog have some overlap in their worldly adventures. Herzog points out that during the shooting of Fitzcarraldo, they were merely miles apart, both caught up in the same tumultuous border war. They also engrossingly talk about their encounters with the same mischievous type of monkey (the ones seen by the dozens at the end of Aguirre, the Wrath of God). The usual somber tone of the series takes a backseat to their mutual fascinations only to be jarringly stripped away as the conversation shifts back to the crimes and Feldman is exposed as cold and remorseless. An uneasy moment arrives when Herzog realizes that the man sitting across from him would not hesitate to harm him in spite of the ingredients for camaraderie﻿ between them, positing out loud to Feldman that "if we didn't have bulletproof glass between us it might be bad luck for me". Minutes earlier, the men seemed close, but now it is apparent they couldn't be further apart, an artist who creates, and a man who destroys—a most unpleasant reminder of the different paths people can take.

While the immediate and most obvious points and qualities of the film and mini-series revolve around criticizing the death penalty, what gives them their power is in how Herzog privileges human personalities above themes or arguments. In declaring that he does not "have to like" those he meets on death row in order to believe they should never be executed, Herzog constructs a deeply humanist, but distinctly unsentimental, portrayal of various lives. Without needing likable subjects to easily make his case, Herzog relies on his skill as an interviewer to reveal, if not something resembling kindness or empathy, humanity in his subjects. The hour-long episodes each focus on a single case, briefly detailing what happened, and cross-cutting interviews with detectives, family and friends of victims and murderers alike, and centering on the interview with the inmate in question. Avoiding sensationalist depiction of the murders, Herzog's focus is not precisely on what happened but on how those he meets describe it, and how it has clearly affected their lives. With each case Herzog delves into, the tragedy of the series magnifies as we encounter more unendurable, indelible pain, and a complex portrait of "evil" as something impossible to reconcile with humanity. While Herzog does not forgive the inmates the responsibility of their crimes, he distinguishes between these past actions and the people who sit before him as bound yet somehow opposing forces—evil not being something all-encompassing but transiently possessive.

This "portrait"—it seems reductive to label it such—is only implicitly drawn and indeed the greatest strength of the series is Herzog's refusal to make broad claims, and to avoid constructing some sort of thesis about what connects these people, what defines a murderer, etc. Such banalities are avoided and instead every individual is nothing more than representative of themselves. It is this approach in Herzog's cinema, the regard of the magnitude and uniqueness of individuals, that feels so essential—dealing with core issues of existence, of living in a world dominated by so many other forces, in ways that no other filmmaker seems to. Moreover, it is in On Death Row, one of his most stripped down works, in which only the essential of the essential remains and reveals what is perhaps the filmmaker's greatest gift: the ability to talk to people with dignity and responsibility, guided by genuine curiosity, with respect for anyone that comes across his camera.

Having once described all the characters in his films as somehow part of one family, I was afforded the opportunity at the Locarno Film Festival to ask about this idea and how the inmates on death row fit in. Herzog cited everyone from Woodcarver Steiner, Aguirre and onward as somehow being linked—though he advised me to be careful on "riding this donkey to its death". It isn't their similarities as people, however, that connect them, but their proximity to the abyss which darkly masks them in the same shadow. It is in these figures, somehow closer to the edge of existence than most, that Herzog finds a uniting humanness, qualities that articulate the core of being, while also allowing the specificity of every character to register on screen, complex, and fascinating in their existential solitude.