The following text by Carlo Chatrian, the Artistic Director of the Locarno Film Festival, is featured in Titanus. Family Diary of Italian Cinema, published by the Edizioni Sabinae in collaboration with the festival. The book is an Italian / English edition and is edited by film critic Sergio M. Germani, Simone Starace and Roberto Turigliatto.﻿

In the past, Locarno has mounted epic retrospectives on Classical Hollywood filmmakers such as Otto Preminger and George Cukor. This year, the festival has ambitiously assembled a program spanning the legendary Italian production company's history. We're proud to present this piece, otherwise only available in print, to join Locarno in celebrating Titanus and the amazing breadth of films they have produced. 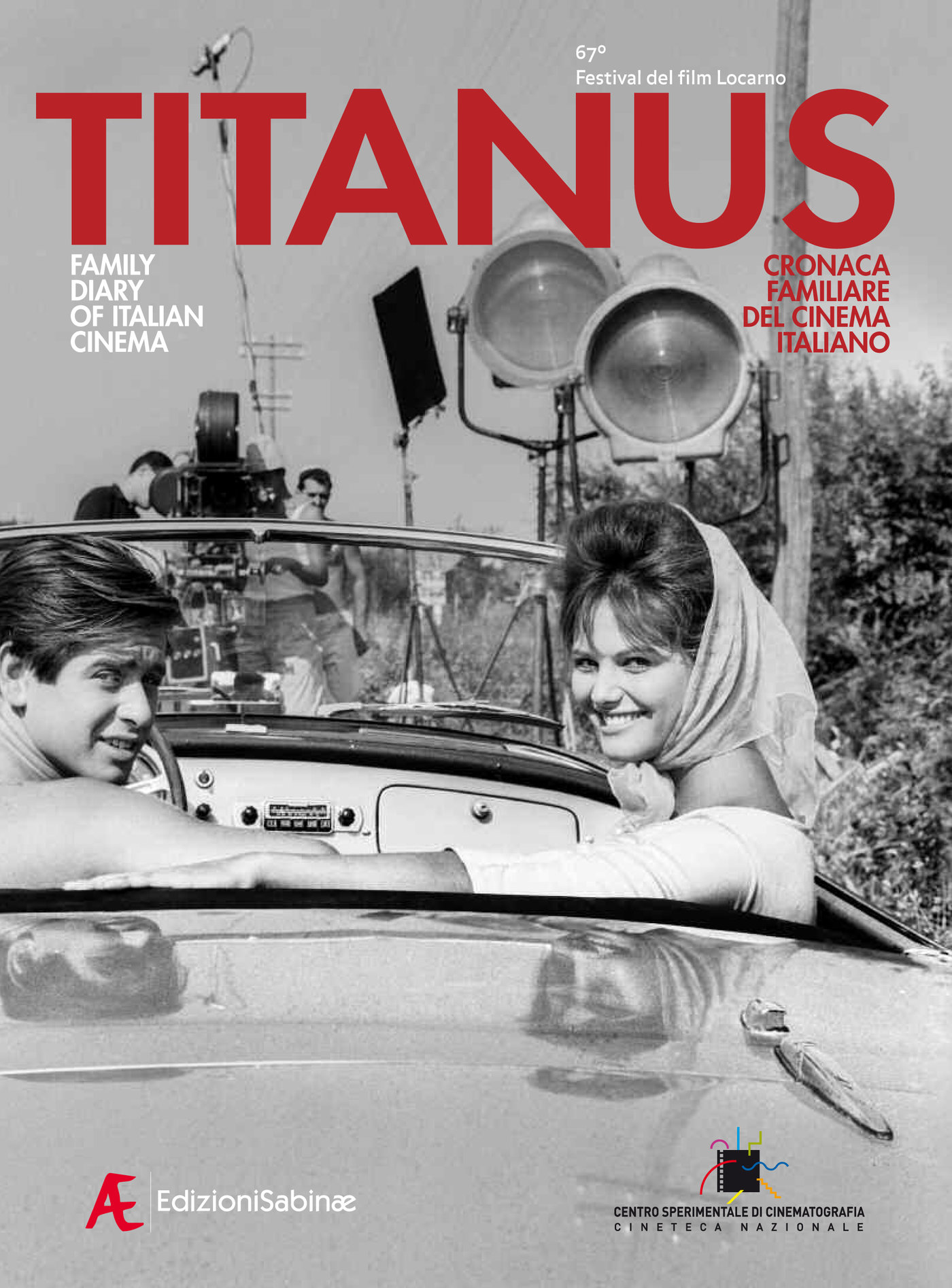 Titanus, the production studio founded and shaped by the Lombardo family, is a universe that extends far beyond the mandates of its presidents, and one that resists any single definition, far less being epitomized by a single film. Being both the outcome of a precise objective and the precipitate of a confluence of opportunities, taken as and when, this makes its history a wonderful lens through which to read Italian cinema. This is what motivated the Festival del film Locarno to undertake the task of summing up one of the biggest of the “dream factories” through a range of titles which, if taken singly, could hardly suggest the richness and resonance of the whole. Alongside the retrospective it seemed equally important to offer not so much a single-minded and structured argument, but an array of suggestions, reflections and materials that open up wider perspectives.

Thus, for example, the comprehensive and cogent chronology that accompanies this book makes clear just how many impressive directors, actors, screenwriters made films that opened with that famous gleaming “shield”. What emerges from accounts of both (father and son) Lombardos’ journeys, actions, contracts and encounters is a different account of Italian cinema history, in which the transitional phases, the discontinuities of highbrow and lowbrow count more than the conventional genealogies, and a rediscovery of a number of genres as building blocks for the identity of a people. A constant interchange between art and society was Titanus’ mainspring: melodramas from Matarazzo, comedies from Risi, and then the “musicarelli” – to cite only a few of the more dominant models – contributed to the forging of a national identity of which film was both a mirror and a matrix. In this sense, from its very inception “Titanus cinema” was both plural and multi-faceted, the production studio founded in Naples operating on several, sometimes conflicting fronts. Reflecting a land long divided in its cultures and dialects, Titanus started out in a well-defined geographical and cultural context then swiftly branched out, as if through a series of grafts and transplants. As becomes clear from the various essays that comprise the book, to read the history of Italian cinema from this perspective highlights much that has not necessarily been given its critical due: hence here Zurlini’s art is given more space than that of Rossellini, the work of Matarazzo and Lattuada more than the films of Fellini or Antonioni. Titanus’ trajectory – that of seeking to embrace all artistic experiments – enabled it to transcend the opposition between popular and auteur cinema, between those who look for the name behind the film and those whose attention is caught by an instantly recognizable name and face. The desire to launch new stars (Totò, Sophia Loren…) or to draw on established names (Mastroianni, Nazzari, Delon, Cardinale…) went hand in hand with the attempt to make films featuring unknowns in a kind of back and forth between reality and the footlights, which is perhaps the most basic encoding of Italian cinema.

Titanus thrived on a two-fold impulse: that entanglement of calculation, impulsiveness, and determination, obtuse persistence along with enlightened intuitions, that have marked its history, reveals the straining to embody cinema as sparkling entertainment, the constant endeavor to make ever more lavish art; yet on the other hand the desire not to lose contact with reality,  with the cinema-going audience. In other words, however enduring, influential, awesome the history of Titanus might be, it remains, as underscored by the retrospective’s tagline, “a family history”. An extended family, with children and step-children, distant uncles and first cousins, with its black sheep and an army of servants… What links such a diverse array of people is a palpable feeling of belonging, as noted by many commentators here, even those who found themselves in conflict with the directives of the Lombardo father and son. This feeling is emphasized by the importance the Lombardos accorded the “studio” as a physical entity, where the filming, editing and dubbing took place. On the other hand, a homey atmosphere can still be felt, even today, when, after having ascended the grandiose staircase of the palazzo on Via Sommacampagna, one reaches the offices. Their layout feels more like a living room than a production unit, designed to encourage circulation rather than indicate direct reporting lines. It is a space that, from the very moment one enters, presents itself as a site inhabited by, and having created, history. One that is destined to continue to exist.