This is the second of four dispatches on some of the goods offered by the 57th London Film Festival’s ‘Experimenta’ section.﻿ 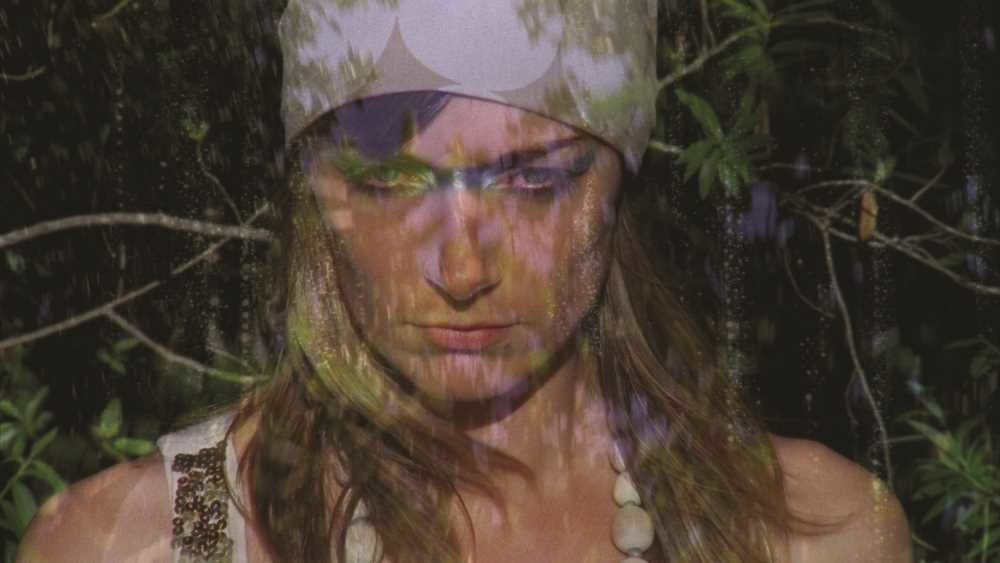 A spectre is haunting cinema—the spectre of commune porn. At a time when alternative ways of thinking, living and coexisting are becoming ever more urgent, a number of filmmakers are looking to more collectivist contexts as a platform for more profitable (if not unproblematic) narratives. At the 57th BFI London Film Festival (LFF), one may have so far seen no less than three feature-length films dealing with life amidst a co-op: Kelly Reichardt’s minimalist eco-thriller Night Moves, Paul-Julien Robert’s documentary My Fathers, My Mother and Me and Ben Rivers and Ben Russell’s spiritual pilgrimage triptych, A Spell to Ward Off the Darkness.

The latter film is one of two works by Russell at this year’s festival. The other is Let Us Persevere In What We Have Resolved Before We Forget, a 20-minute short that screened as part of ‘What Do We Do Now, Now That We Are Happy?’—a three-title programme in the festival’s ‘Experimenta’ section, which brought together works imagining and presenting utopias. Sandwiched between Margaret Salmon’s Gibraltar and Michael Robinson’s Circle in the Sand, Russell’s latest 16mm (and French-funded) short was made on the island of Tanna, a part of the Vanatu archipelago in Melanesia, and evinces its director’s familiar fetish for those climes and customs found at some geographical remove from the metropolises of the capitalist world.

A volcano rages. An impoverished local clad in an Arsenal soccer jersey gives a spiritualist take on the formation of capital and the annihilation of indigenous cultures, and explains why, on every 15th of February since 1957, the US flag has been raised as a local annual tradition. Recalling a post-rock album name, the title of Russell’s film almost takes longer to say than the film does to watch, and is presumably meant to force viewers into some kind of lateral search for meaning. More probable is the notion that a great deal more remains to be said about Tanna and its ways of life. The film’s chief strength, as is often the case with Russell is its indelible feel for a strange, cultural otherness.

Margaret Salmon’s mononymous short Gibraltar is a more amusing affair, revealing in 18 or so minutes the varied dynamics that define life on an observation deck in Gibraltar. Peopled by tourists, the vertiginous level overlooks the mountain below and the sea beyond, but the humans are seemingly more interested here in snapping pics of the many resident monkeys—Barbary Macaques—who live in and around the immediate vicinity. The interplay between men and apes is funny—the former struggle to look anything other than exploitative and naïve and even stupid (even when they may very well be none of these things), while the latter prowl the area like grouchy security guards, singularly, deceptively and alarmingly passive in character.

Ending the programme, Michael Robinson’s Circle in the Sand—which first appeared at NYFF 2012—is double the length of the other two films combined, and is the most appreciably imaginative (if not the best) of the bunch. As if acknowledging the lack of blueprint with which a social superstructure develops, the film makes much reference to doing away with established language(s) in order to begin afresh. “Words, words, words,” so said Hamlet, and Robinson’s film mounts lexical density with readings from Edgar Box, Kerrelyn Sparks, L. Ron Hubbard and Marguerite Duras, all of whom are quoted by characters who fumble over the words in strained staccato.

“We wanted to destroy kilometres, but from within kilometres,” the film begins in voice-over. “We wanted to destroy it in order to replace it with a void. The complete absence of men; the zero point where sensitivity regroups to rediscover itself. We don’t see religion, we don’t see regret—we forget everything, so as to start over.” With such pseudo-hippy mumbo-jumbo, it’s difficult to know what we’re meant to make of Robinson’s film—in which a band of brothers supervises a group of glittered-up folksy folks in the future, a war-torn territory at the coast…

Utopia? If so, it’s one we should be deeply wary of. In the meantime, a more burning question remains: what do we do now, now that we are—on the contrary—more unhappy than ever? As the aforementioned real-life doc by Paul-Julien Robert has it—outside of LFF’s ‘Experimenta’ strand—commune life may very well have its aesthetic appeals and emotional ideals, but power relations and gendered divisions remain. And what of the relationship between a seemingly hermetic economy and the rest of the world? Communism In One Country has nothing to do with communism—which might be why these visions of utopia all have that dreaded sense of doom.﻿