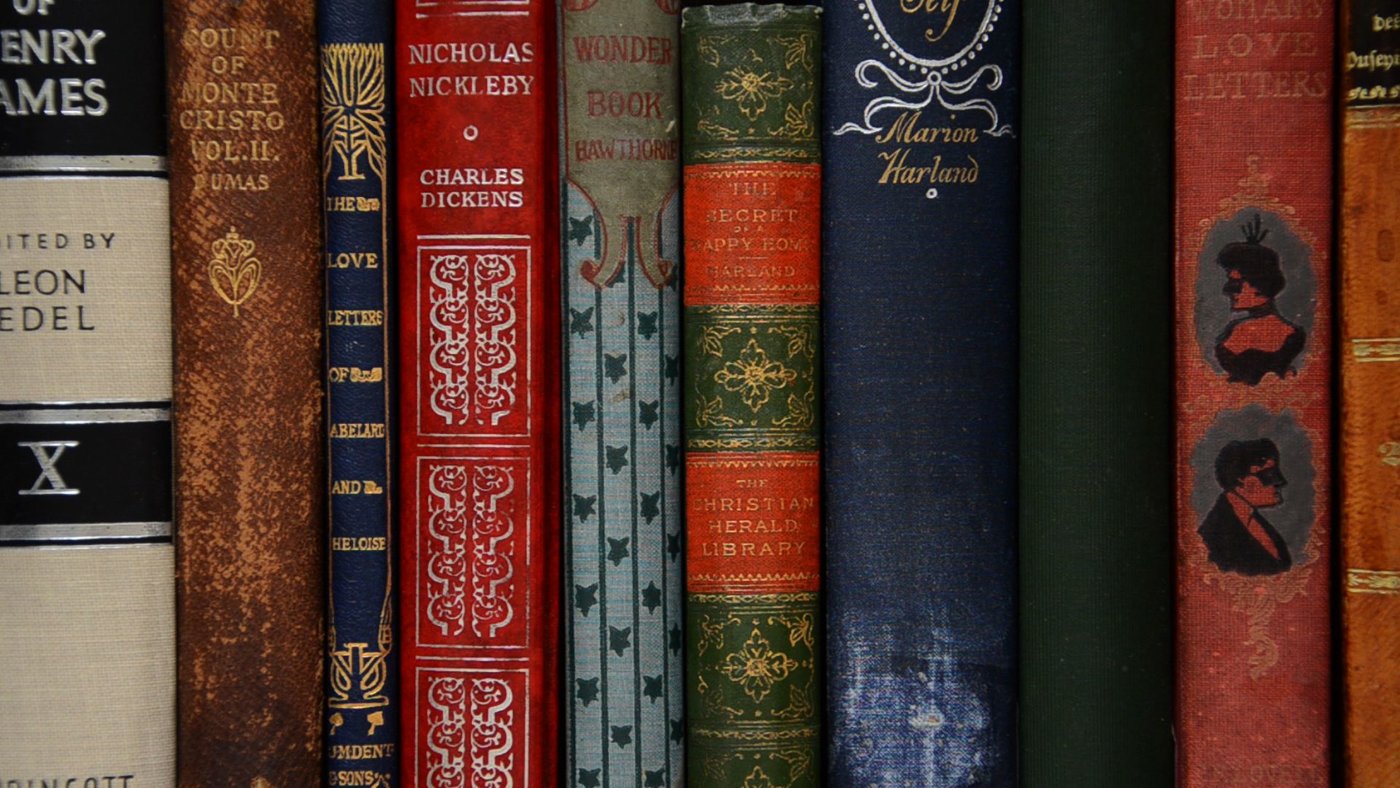 ﻿With the propensity, if not the overt mission, for contemporary film festivals to project just about anything they can get their hands on digitally, I couldn't help view the beginning of David Gatten's new work at the New York Film Festival, The Extravagant Shadows, ﻿with a moment of bemused shock, if not suppressed, ironical horror. Playing in the Views from the Avant-Garde sidebar, the first image of Gatten's first work in digital video is of a closely cropped bookshelf. After a moment, a glass panel, perhaps the bookcase or cabinet door, is slid into the frame in front of the spines, and in its reflection we see both the filmmaker and his DSLR on its tripod. Gatten leaves the frame and we stare, face to lens, at the books impeded by a pane in which we see the image of the recording of its impediment. And then a brush reaches into frame and begins to paint over the glass, stroke by stroke, then color by color, layer by layer until the image of the books is entirely wiped away.

At nearly three hours, the vast majority of The Extravagant Shadow's image features a hand methodically applying vibrant, quick-drying layers between us and the books, and one can feel, millimeter by millimeter, as the layers steadily, even discernibly get closer to the camera lens, the microscopic yet impenetrable distance between the camera and its original material content. Yet very quickly, the layers replace the books as the image's content and interest, and whatever promise the books suggested becomes lost behind countless planes of digital shades and hues. 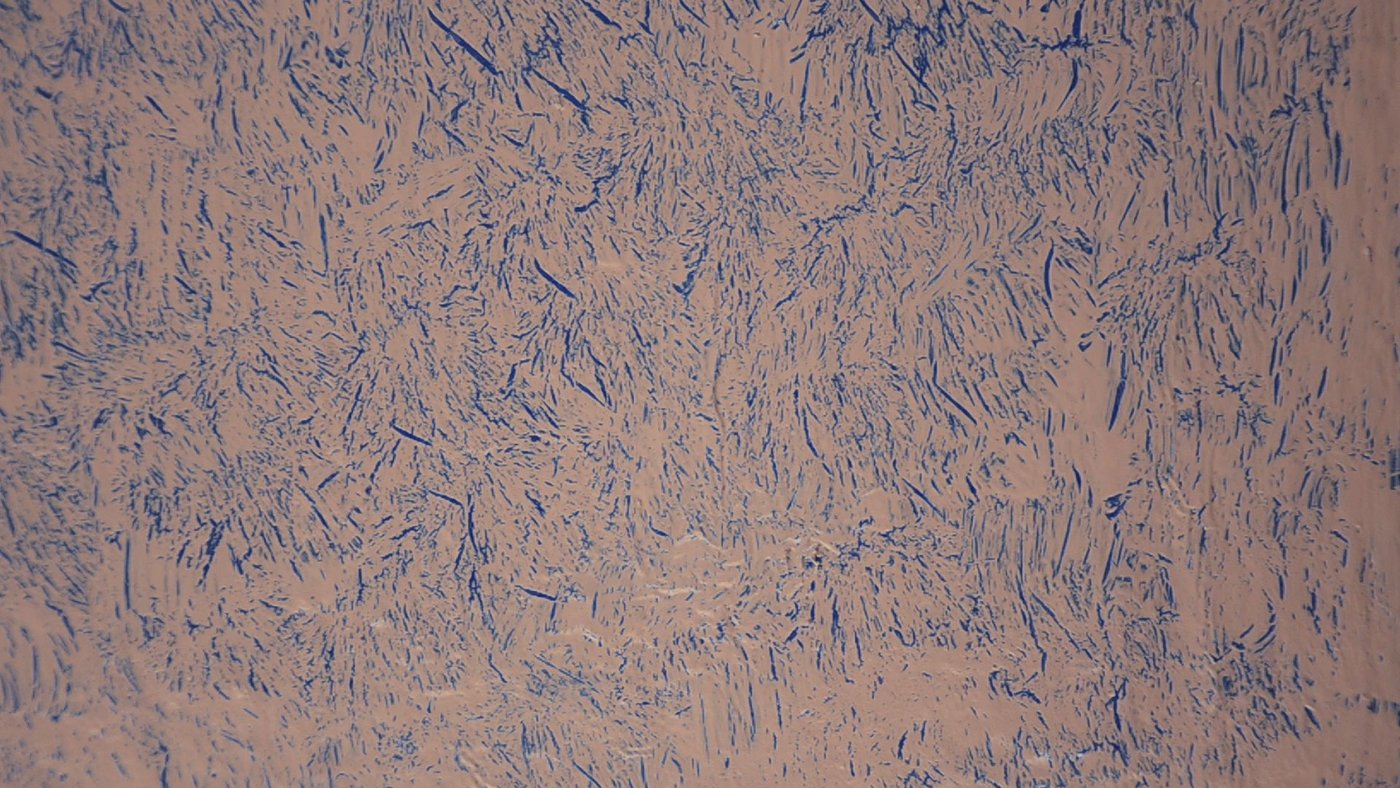 This distance between us and the books' repositories is made up for by Gatten, who, in a method common to his film-films, lays long excerpts, condensations, and re-writings of text upon the image itself, so that looking at the image is as much about seeing as it is reading—if these two activities can even be separated. The text tells a looping, broken and elliptical tale of love across distances, love missed and time passed, of communicating via letter, manuscript, telegraph (and, implicitly despite the late 19th, early 20th century setting, Twitter), notes, novelization, monologues and memories across and within these spaces. Of the lost meanings, allusive facts and fixtures, of the supreme ambiguity of purposes, of a sense of time, of narrative to be found between, around and inside text and its transmissions to the reader. 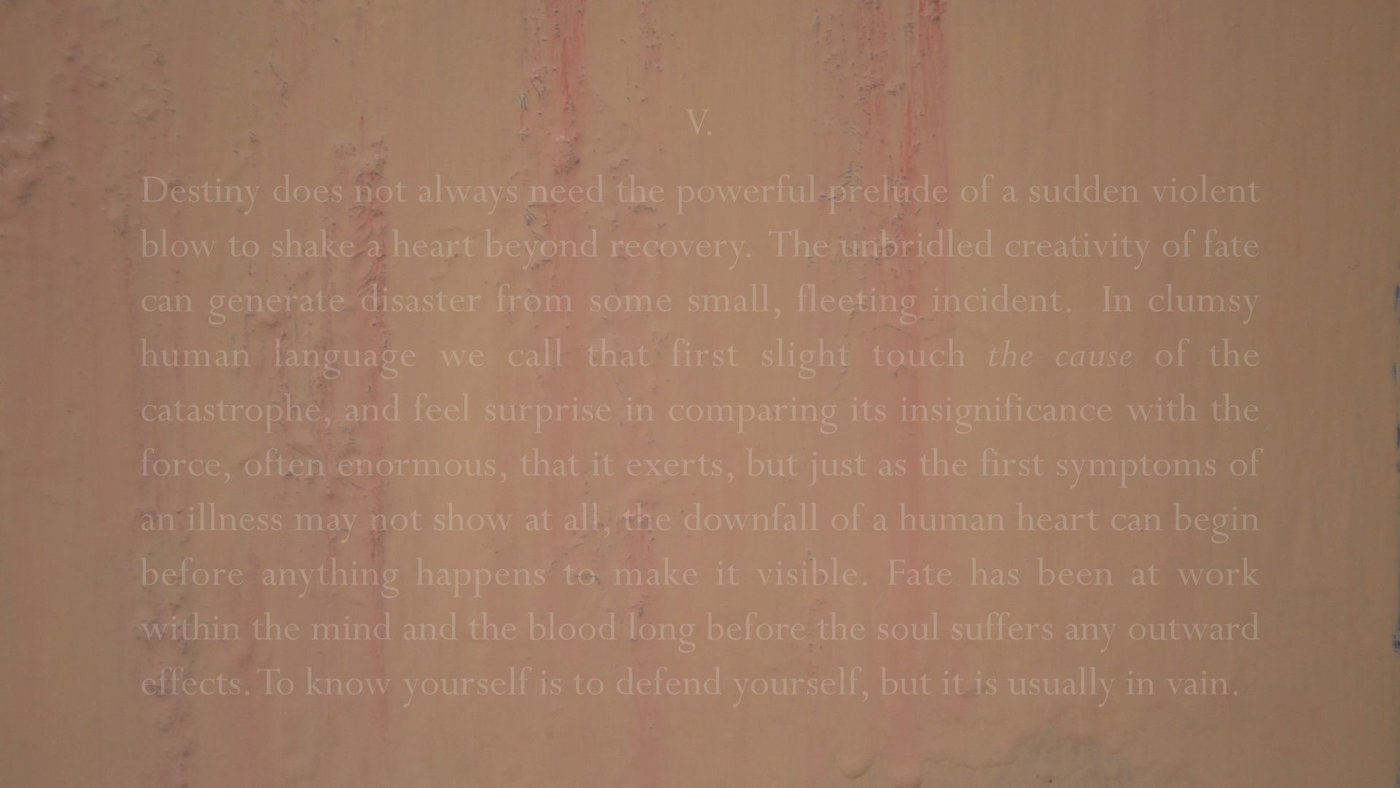 ﻿The effect is, if you pardon me, extravagantly digital: the texts fade in and out with a suppleness that can only be the result of gradation changes in pixels, so the texts don't seem laid upon the image as much as literally emerging from it. Likewise, changes in the light conditions of the room in which the glass pane is painted—and it is painted, and dries, and is painted again in real time—modulate the colors on the screen in a way that has nothing to do with the way light changes and colors fluctuate accordingly when captured on celluloid. The color flow seems to be coming imperceptibly from within the generated image rather than implanted upon the film strip. Colors seem to morph naturally, inexorably, intrinsically, with utter fluidity—the  color is suddenly different, an image not of a path of light across the frame, a movement, but rather of a blushing change.

Since the paint is quick-drying, we also witness the change in texture of the painted surface itself, along with the evolution of the light conditions, so cracks, welts, smashed gnats, ripples and other distortions become apparent second by second. These changes—in light/color, texture—are often happening at the same time Gatten is fading in, or out, long excerpts of text, and the result is that as your eye scans the text to read it, “behind” the text the “background” seems to be changing with your reading. It is almost as if you, the viewer, are changing the image through the act of reading, which dovetails into the text's mysterious evocation of almost/not-quite/happenstance/erstwhile relationships: the act of reading, of seeing, is so quicksilver that it changes the nature of the subject being seen, read, and the reading's subject, the love, the memory.

It was impossible not to contemplate with this leisurely movie full of time passing—not to mention its evidence of what we lose through the passing of time, though, also, what we gain, moment by moment as each "layer" (text, color) of "distance" (the written word, the communication, paint) gains its own poetry of miss-aligned expressivity—this continued, sensorily endless distance so carefully, fully pronounced by the work as a digital phenomenon. The texts in The Extravagant Shadows clearly predate any such thing, but one cannot separate them from their presentation and their existence contained within the digital image, especially as Gatten has so specifically (re)composed them. In the integration of these texts and their story(/ies) into this digital work, into the books, spines, glass, and paints, they become one, existing within the layers between the us and what is in books—the mysterious origin subject of The Extravagant Shadows that becomes farther and father out of reach, yet is conjured, slantwise, by this special movie's special means. 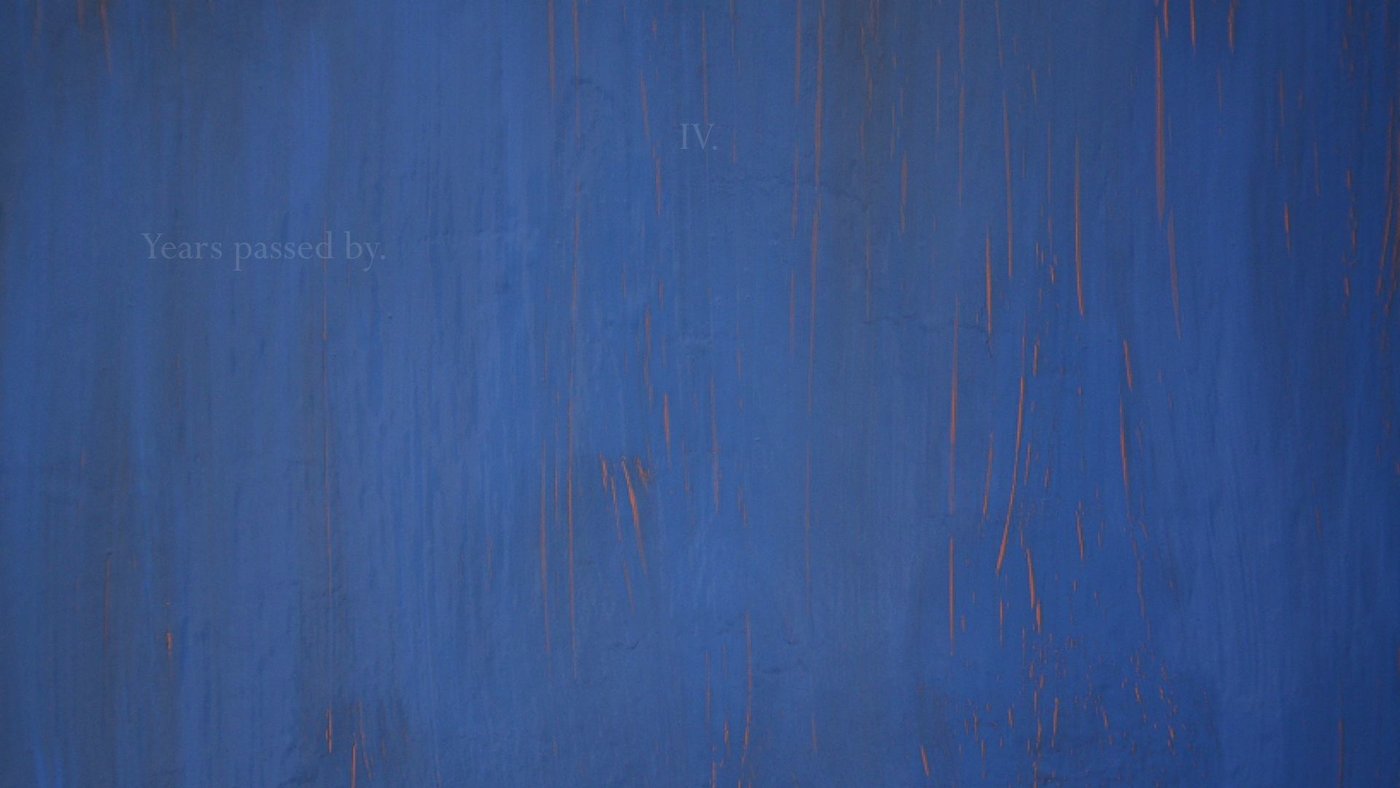