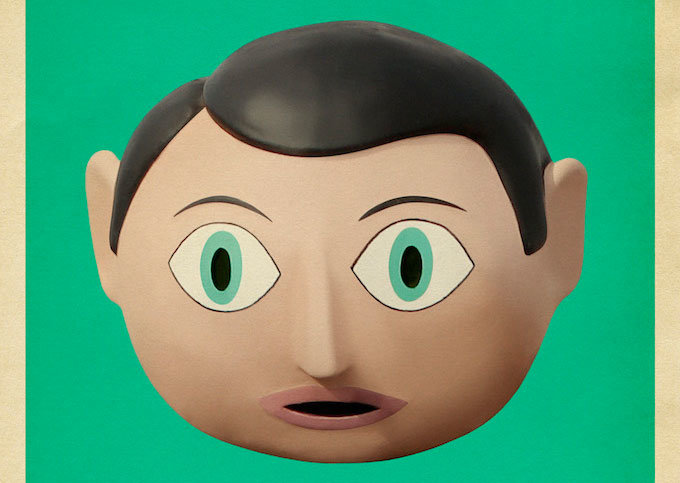 Last month I selected the poster for Lenny Abrahamson’s Frank﻿ as my favorite poster of 2014. In the article I invited the “as-yet uncredited designer at P+A studio” to “come out from behind the mask and take a bow,”﻿ and so I was very pleased when I got an email from Nicolette Vilar a few days later letting me know that she was the P+A designer behind the giant papier-mâché head.

Nicolette, it turns out, was the perfect designer for a film about a fractured rock band, because as well as being a talented artist she is also the on-again, off-again lead singer of the all-female punk pop group Go Betty Go who have recently reunited and have a new EP out this month. The band formed in 2001, released two CDs and played on the Vans Warped Tour, but Nicolette left in 2005. She recently rejoined the band with the original line-up (which includes her sister Aixa) in 2012. In the interim she became a movie poster designer. 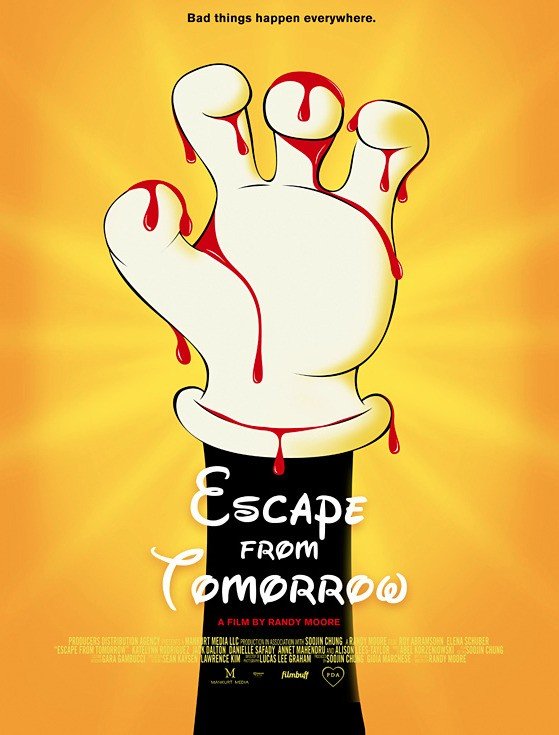 Above: poster for Escape from Tomorrow (Randy Moore, USA, 2013) by Nicolette Vilar for P+A.

ADRIAN CURRY: I know you are a musician and a singer. How did you become involved in graphic design or is it something you’ve always done?

NICOLETTE VILAR: I’ve enjoyed drawing and painting for as long as I can remember. In school, art class was my favorite part of the day and I imagined I’d grow up to be an illustrator. But that got put on the back burner when Go Betty Go grew momentum and being a singer became my full time job. My interest in graphic design came from designing my band’s t-shirts, flyers and logo.

When I left the band, I took a little time off to really think about what I wanted to do next. It was scary to have reached that level of success so young, only to realize that it wasn't the life I wanted. I had to start from scratch. The only career that I had any interest in aside from music was art and I saw a future in graphic design. So after taking a few community college classes I submitted my portfolio to Art Center and immersed myself in school. It saved my life. I was in a dark place but design gave me a new purpose. 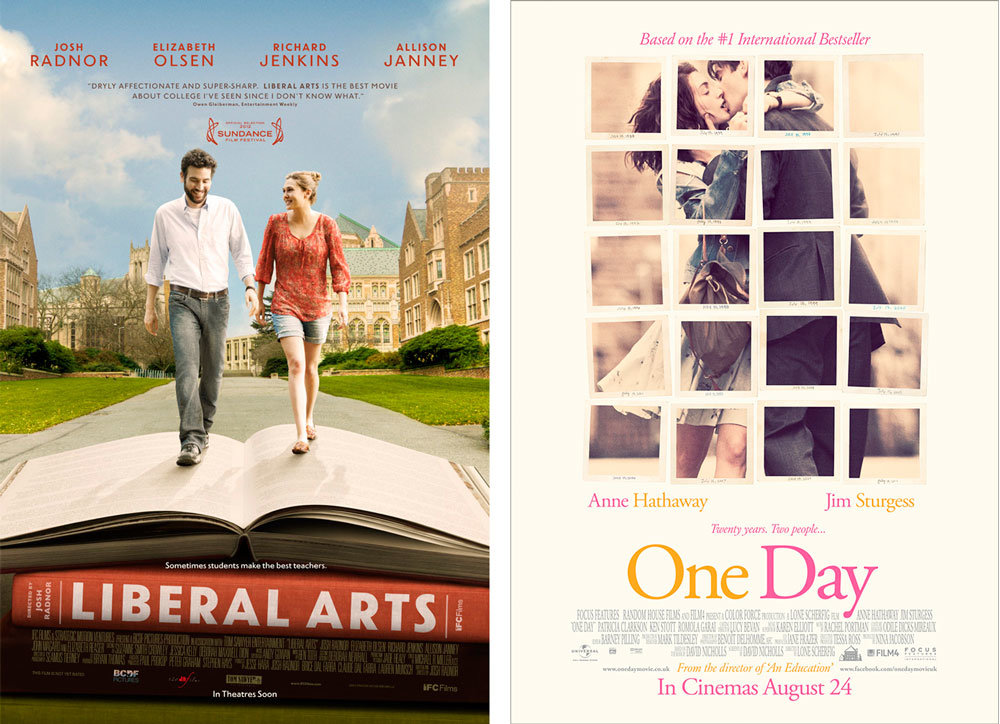 CURRY: Can you talk about the process behind the Frank poster and what were some other ideas you explored for it?

VILAR: I actually came up with a few illustrated comps, some photo based environmental comps, and some comps where you see the full cast. I then decided to go extremely simple and just do one of his head. It seemed like an obvious choice but the idea came last. As I was working on it, I felt my boss Andrew behind me. I turned around and half expected him to say it was rubbish but he stopped to see it because he liked it. He had advice on what to do with the type and I finished it pretty quickly. 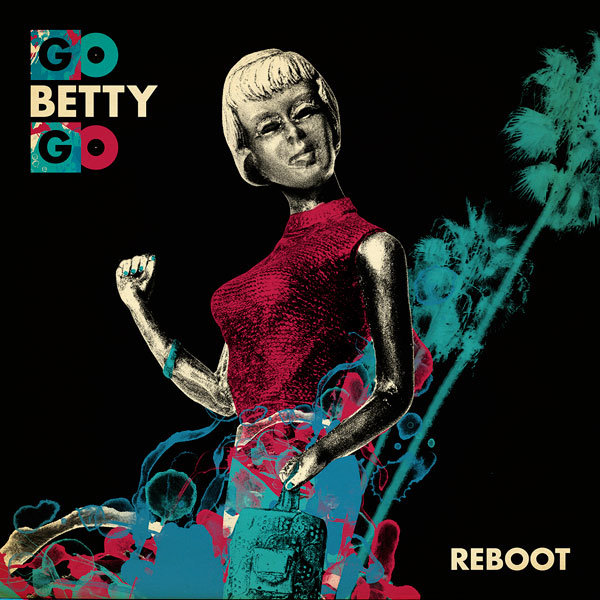 CURRY: Did the experience of having been in a band yourself feed into your design process for Frank?

VILAR: Having a life in music allowed me to relate to the story﻿. ﻿﻿It’s a story all too familiar: band works hard to create momentum, then gets popular, then self destructs. If I had a nickel... It was fun to see it played out on screen.﻿ I knew right away that color would be an important part of the design. Frank himself is very organic and experimental so that inspired me to be a bit more illustrative and hands-on instead of just using photography. 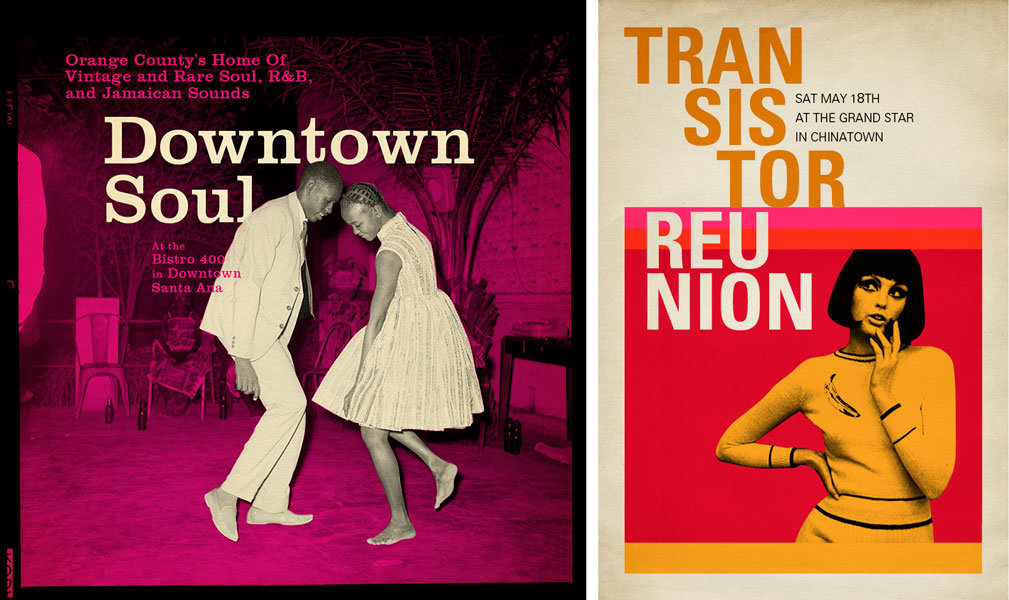 CURRY: Is there another poster you’ve done recently that you are particularly proud of?

VILAR: I was very excited to see my comp for Fargo [the TV series] go to finish. It was super cool to see all the different renditions of my design. They made beanies, sweaters, and even covered an entire bus in New York with a knitted Fargo covering. 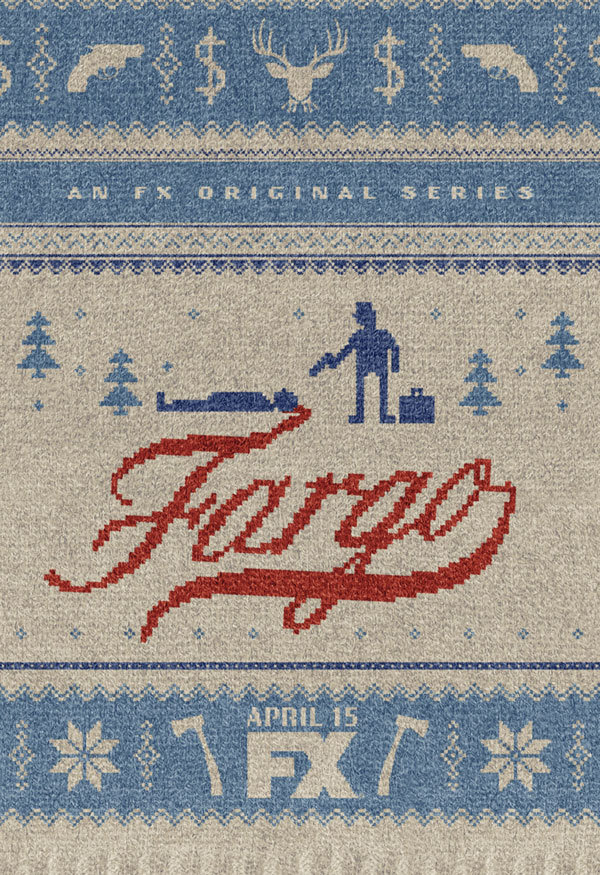 Above: poster for the FX TV series Fargo by Nicolette Vilar for P+A.

CURRY: Do you have a favorite movie poster that influenced you?

VILAR: I’ve always loved the illustrated poster for Fright Night. It mesmerized me as a kid even though I wasn't allowed to watch the actual movie. 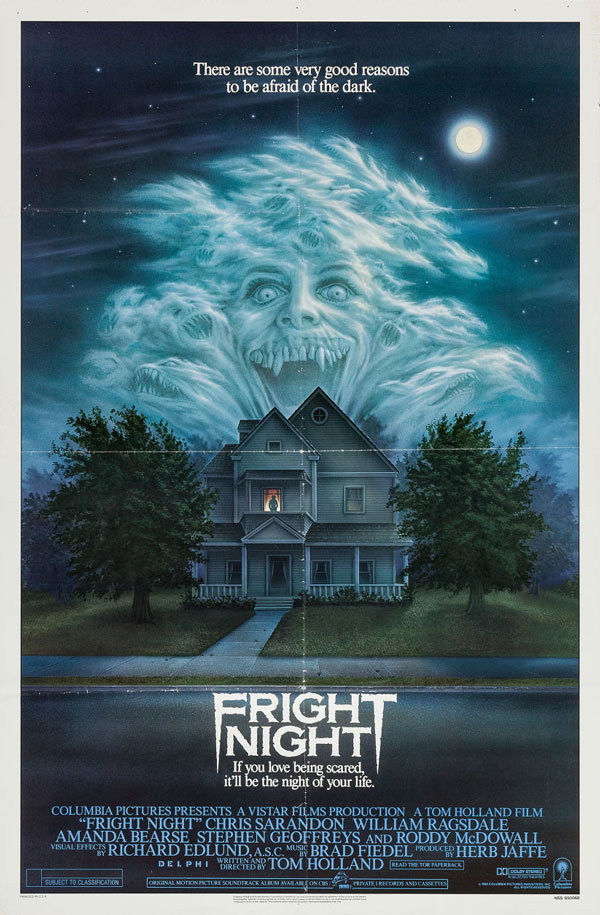 Above: US one sheet for Fright Night (Tom Holland, USA, 1985) by Peter Mueller.

Given that Fright Night﻿ is one of Nicolette’s favorite posters, it seems fitting that Go Betty Go’s new single is called “It Haunts You Now.”

Go Betty Go’s EP “Reboot” comes out on January 27th and they have a record release show at the Roxy in L.A. on January 25th.

Many thanks to Nicolette and to the good folks at P+A.