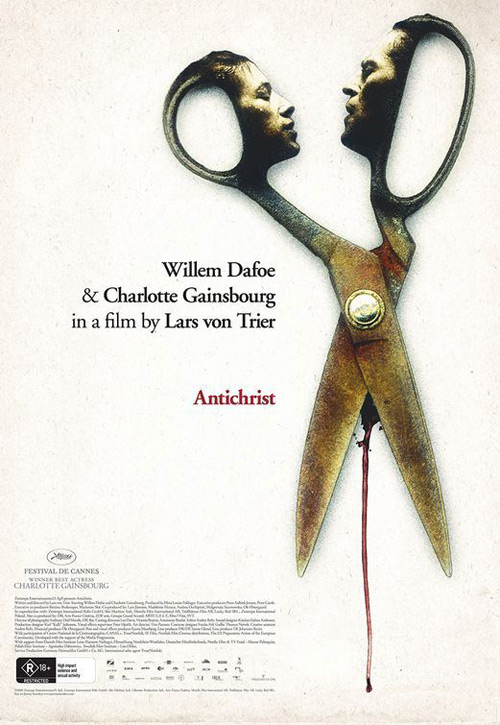 Visually striking and deeply unpleasant, and thus perfectly in sync with the film it is promoting, the Australian poster for Lars von Trier's Antichrist was designed by Jeremy Saunders and is already popping up all over the internet, though there seem to be some doubt as to whether this will yet accompany the official Australian release. (Saunders' website contains many fine rejected designs for films he's worked on. I particularly like the first of his 4 Months, 3 Weeks... posters). Though the concept is a little bit Saw-like, it is undeniably smarter than those, and I love its understated typography.

A tough sell if ever there was one, though coasting in on the notoriety that precedes it from Cannes, Antichrist has already inspired many different campaigns. Below are the US one-sheet (top left), based on the original Danish design: the UK subway station design (top right) and Italian poster (bottom left), both of which use nothing but typography; and the more pastoral French poster. But nothing quite compares to the design for Eden, the videogame version of the film (no, really) being developed by von Trier's Zentropa Films and billed as “a nightmare version of Myst”. Love the very Tarkovskian burning house in the background. 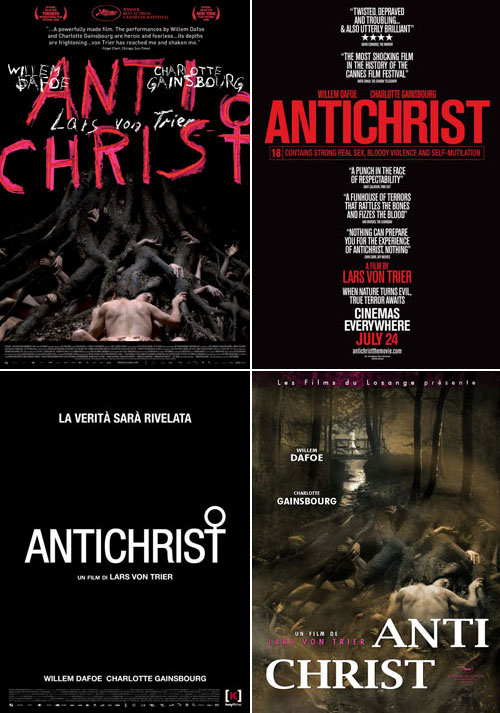 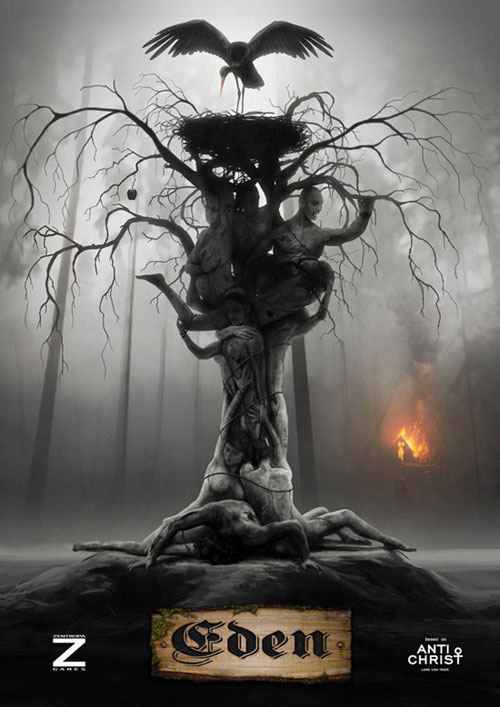