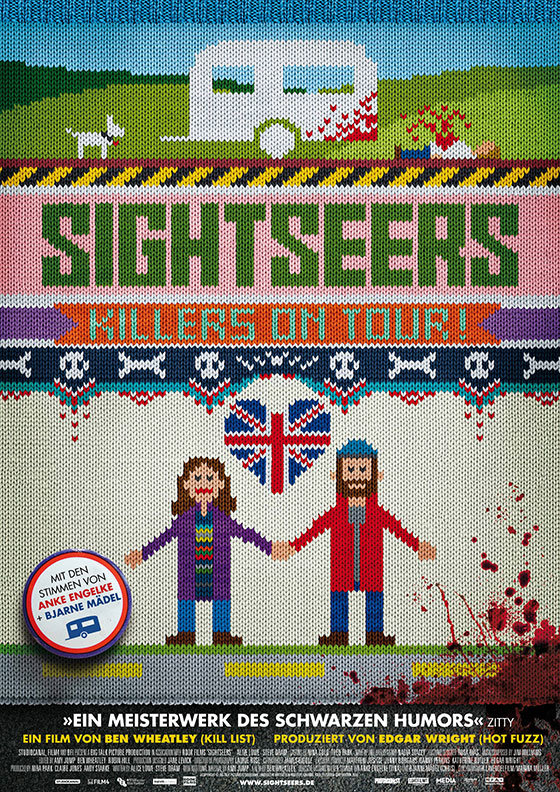 A cross between Mike Leigh’s Nuts in May and Terence Malick’s Badlands, Sightseers is the latest film by that artful dodger Ben Wheatley (whose Kill List I wrote about last year). Ever since its debut in Cannes there have been a number of very different posters for his new film, ranging from the mysterious to the cartoony, but the German poster, released last week, gets its blackly comic tone (“Ein Meisterwerk des Schwarzen Humors” as the pull quote promises) just right with the first knitted poster I’ve ever seen. Black comedy in multi-colors.

I tried to find out who the designer, and more importantly the knitter, were for the poster, to no avail. For the life of me I can’t tell if the poster was actually knitted or created digitally. If you look at it in extreme close-up you can see what looks like digital cloning of certain areas, but then you notice tiny differences (which again could have been added digitally to fool people like me) which make you think that it was in fact knitted by hand, hopefully by an old lady in Baden-Baden. 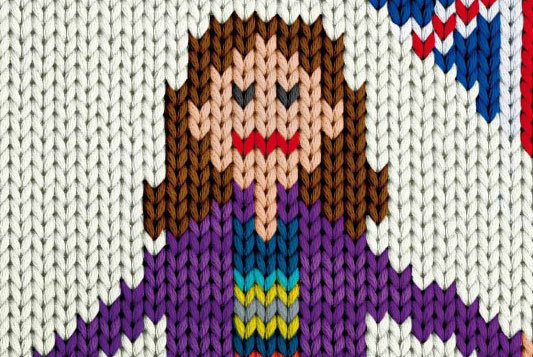 The poster obviously owes quite a lot to the original poster for Fargo, though that was created in needlepoint rather than knitted.

Knitting is an important theme of the film, encompassing knitted lingerie, knitting needles as deadly weapons, and a lovely selection of patterned sweaters (or jumpers as we call them in England). A recent New Yorker article on the British obsession with Danish television (The Killing, Borgen etc.), also brings up the current British sweater-fixation. At a London viewing party for the premiere of the third season of The Killing fans took part in a “best jumper” contest.

The poster nicely conveys Wheatley’s signature mix of quaint and queasy, capturing all the homespun elements of the film, and adding two eruptions of blood, one knitted and one real (well, hopefully not real, but you know what I mean.) 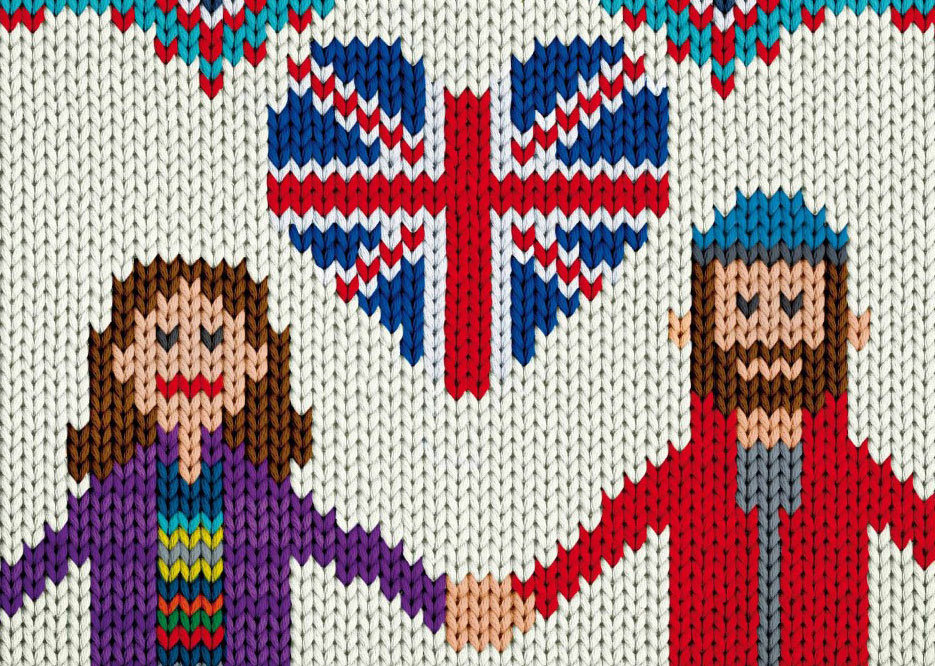 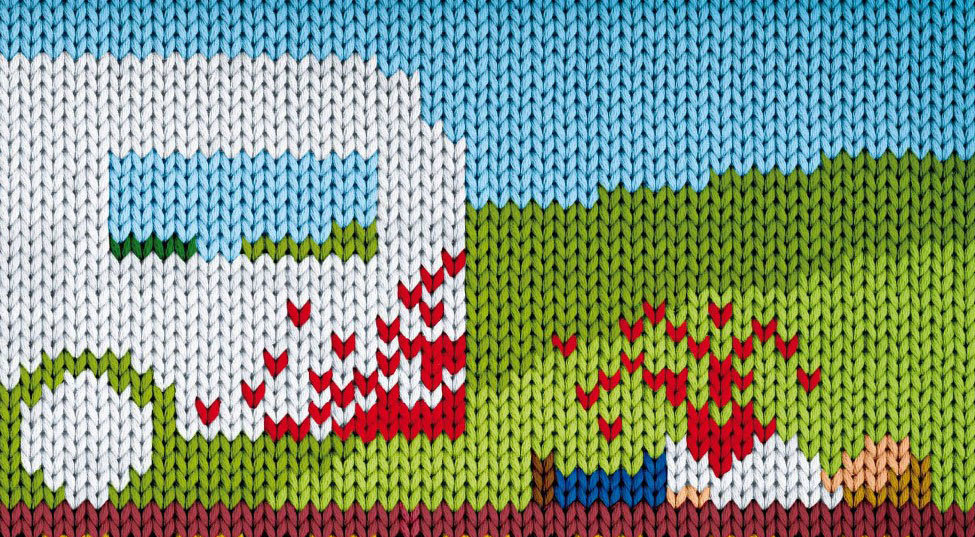 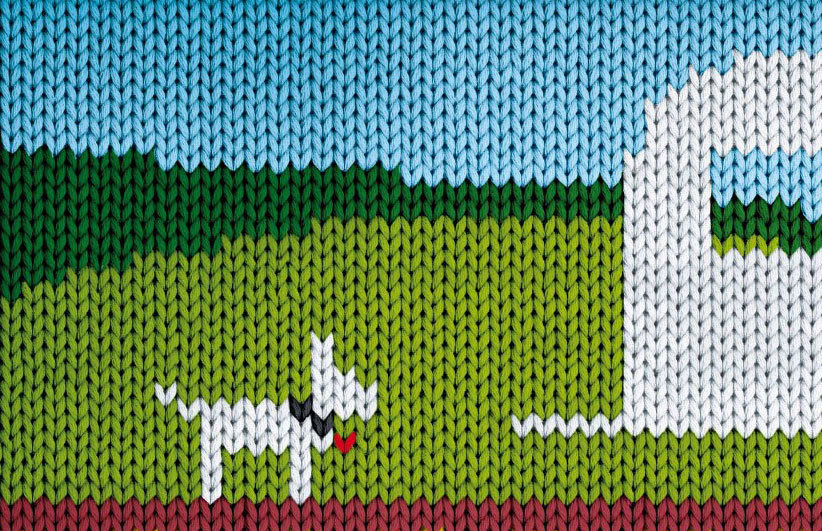 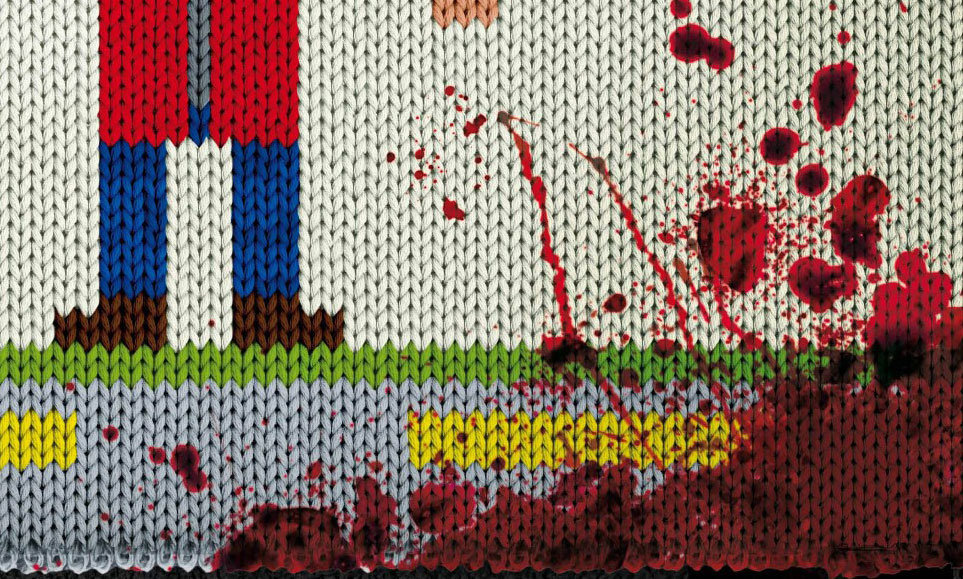 The “real-life” addition of the blood also seems to nod to the three-dimensional needle in the Fargo poster. 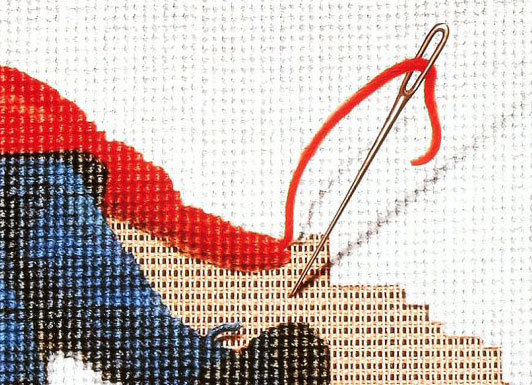 In the UK, Sightseers was publicized with more jokey character posters, though you can see that sweaters still play a big role. 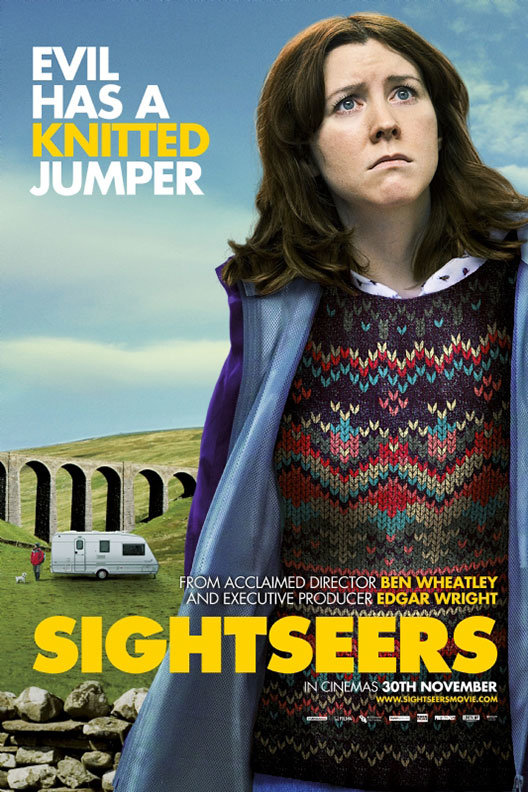 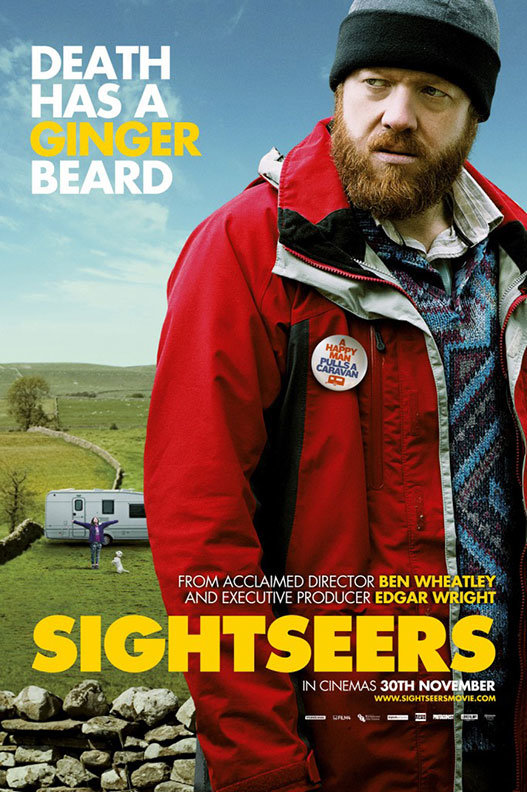 The French poster uses a drawing by Wheatley himself (one he did for the cast and crew t-shirts according to his and his wife and co-conspirator Amy Jump’s blog Mr and Mrs Wheatley). 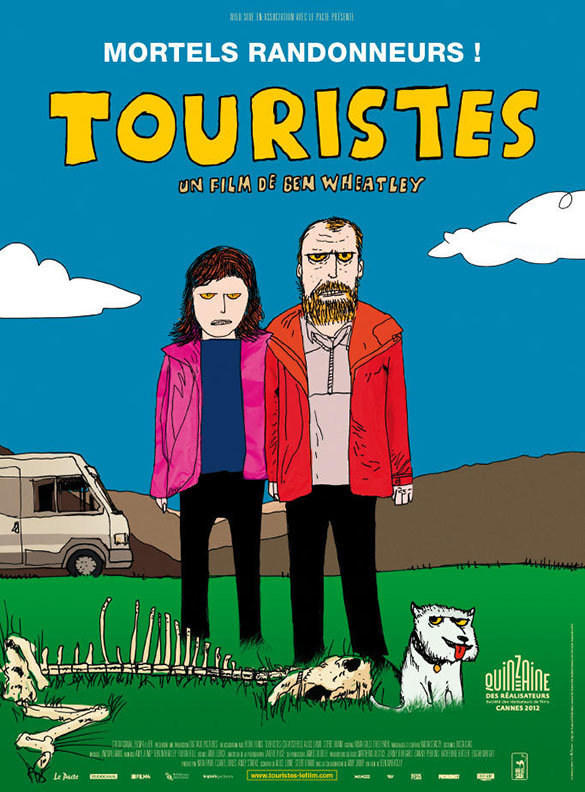 Though the first French poster released for Cannes promised something far less comic. 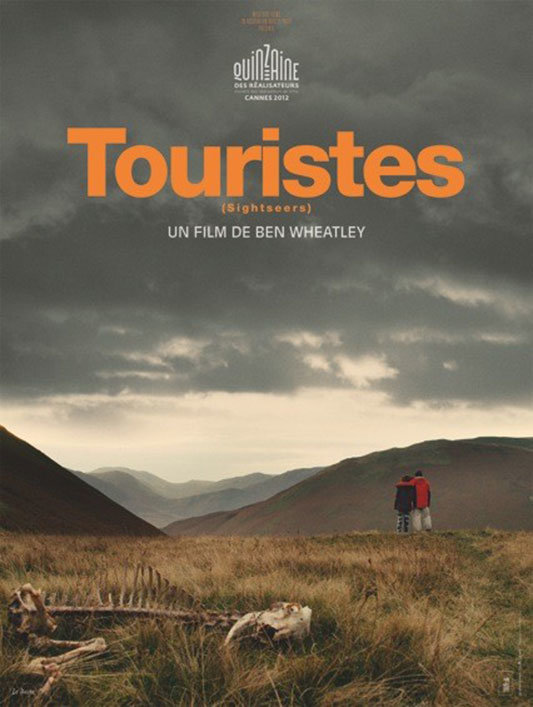 One last thing to note about the German poster is the prominence it gives to the voice talents for the dubbed version who are well known actors and comedians in Germany. 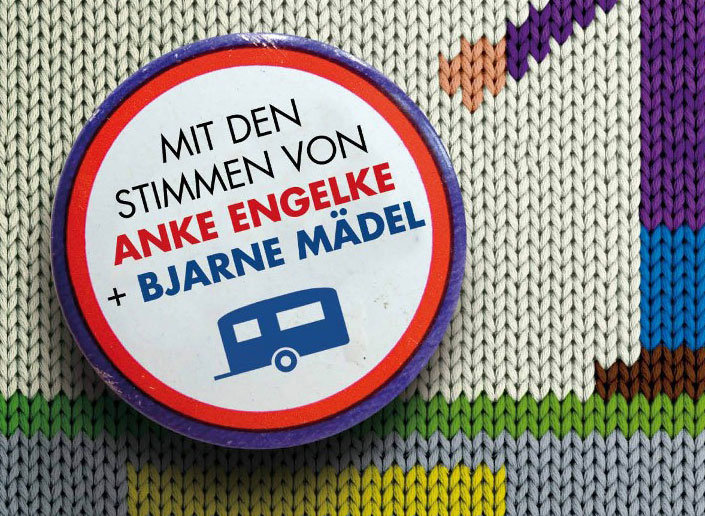 Sightseers will be released in the US later this year by IFC Films, though no release date seems to have been posted. Thanks to IMP Awards for providing the hi-res poster. And if the old lady in Baden-Baden would like to come forward I’d love to hear from her.

Postscript 1/19/13: The mystery is solved! Thanks to Christoph Hochhäusler I have since discovered that the designer of the poster is Heike Jörss. I got in touch with her and this is what she told me:

“Dear Adrian, your article is great! And I’m very pleased about your compliments. Well, I let the murder out: it’s a complete digital artwork. Made up of many many realistic knitting patterns/photographies – extreme close-ups, makros and details – composed, coloured, stretched and shaped in photoshop. A lot of work, I swear! Most of all because I wanted to have an absolute natural look with handmade blemishes. Finally it took more than a long time to finalize the work and often I wished I could knit in the analog way.

“I hope that I have answered all your questions. Kind regards, the old lady from Baden-Baden ;-))﻿”