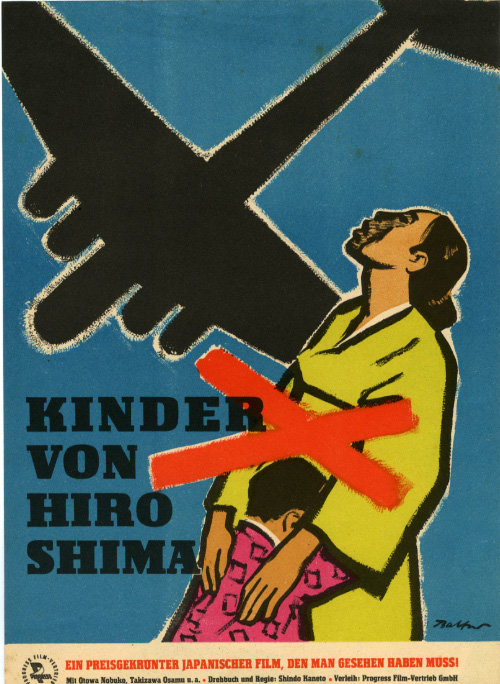 Kaneto Shindo, who died this week at the grand age of 100, made almost 50 films over the course of his career (and scripted over a hundred). Best known in the West for his gorgeously stylized horror films Onibaba (1964) and Black Cat (1968), Shindo had continued to work until 2010 when he released his final film, Postcard, which made him the 2nd oldest working director in the world after Manoel de Oliveira.

Born in Hiroshima, Shindo’s work was haunted by the atomic bombing of his city as well as by his own wartime experience in which he was one of only six of his 100-man naval unit to survive. One of his very earliest films, the 1952 Children of Hiroshima (seen above in an East German handbill designed by Siegfried Ebert)﻿ was the first Japanese film to address the devastation of Hiroshima and its after-effects. (It received a US release only last year.)

Despite being known outside Japan for only four or five films, their rich pictorial quality inspired a wide variety of graphic design in the 50s and 60s, especially from Czech, Polish and Russian designers. Here is my selection of the most striking work. 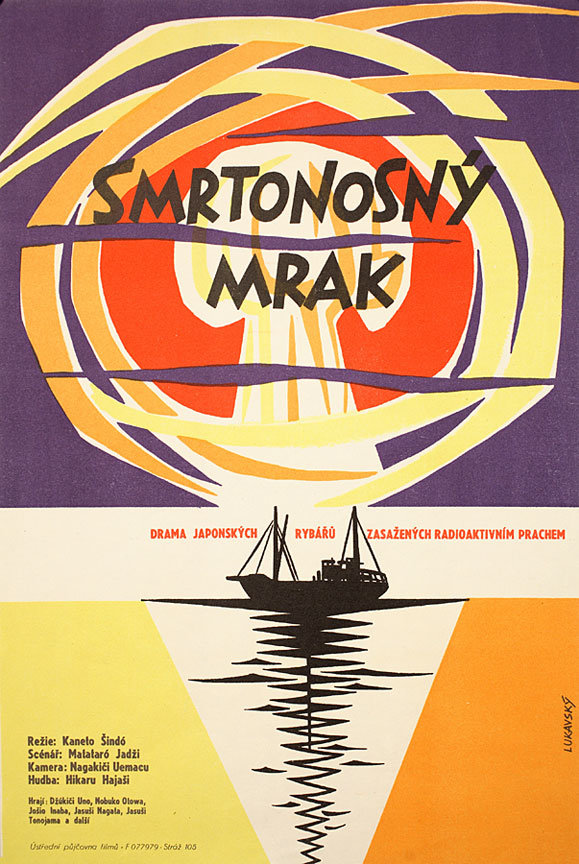 The Czech poster for Lucky Dragon No. 5 (1959), designed by Jaroslav Lukavsky (1924-1984)﻿. Another film haunted by Hiroshima, it dramatized the true story of a group of fisherman that sail too close to the Bikini Atoll atomic tests with tragic results﻿. 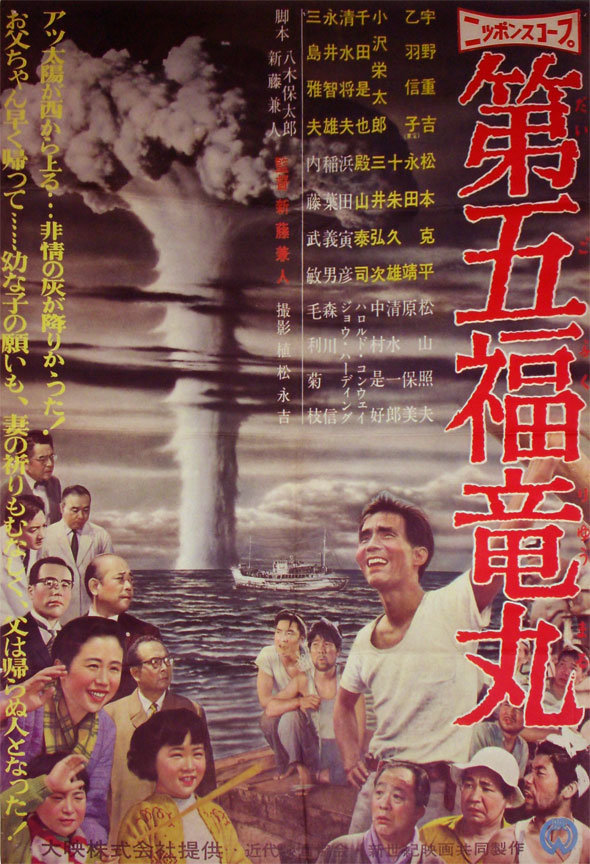 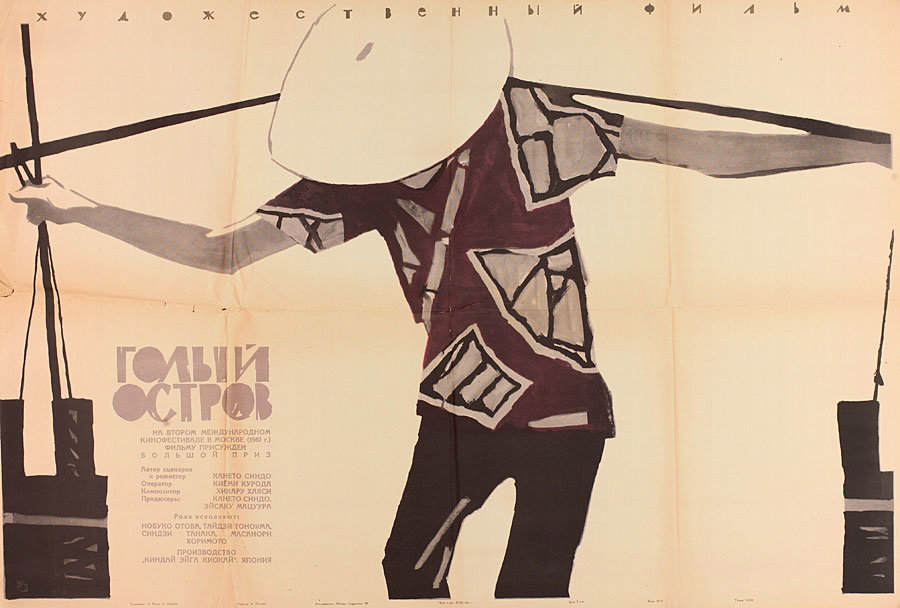 A Russian poster for The Naked Island (1960), a wordless study of peasants living on a barren outcrop who have to daily carry water from the mainland, another of Shindo’s most celebrated films. 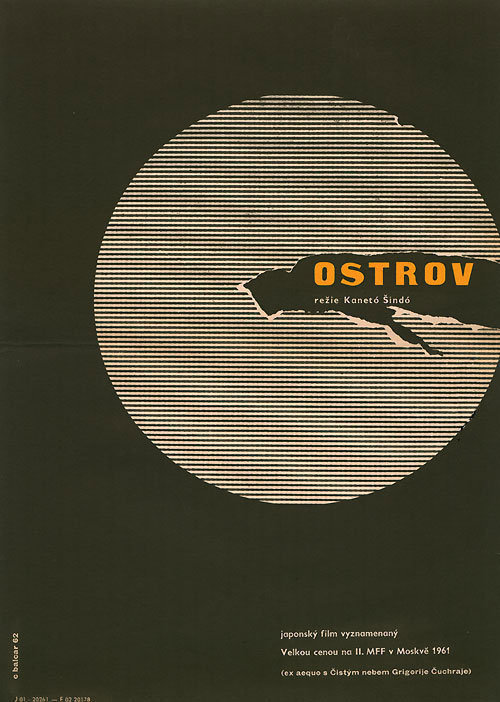 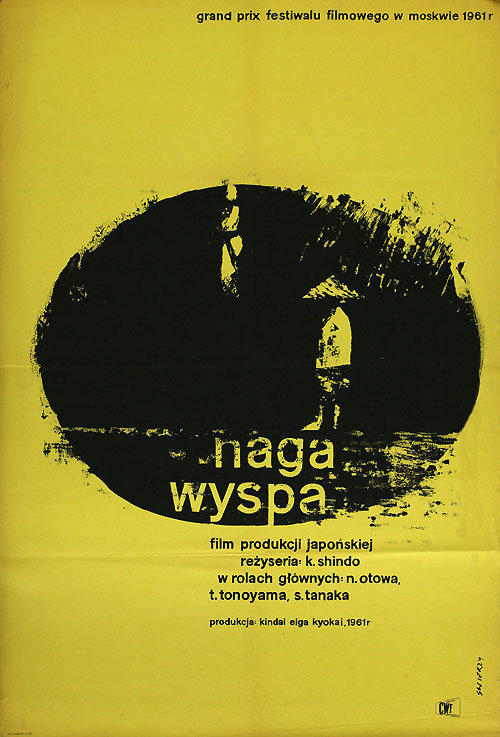 And the Polish poster for the same film, designed by Waldemar Swierzy (b. 1931).﻿ 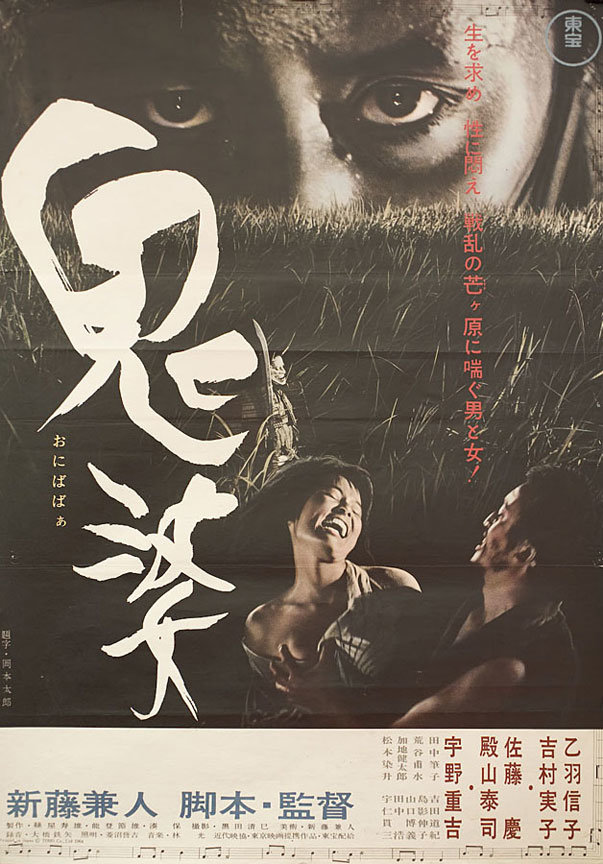 The original Japanese poster for Onibaba (1964). (I have no idea what the musical notation at the bottom is meant to represent.) 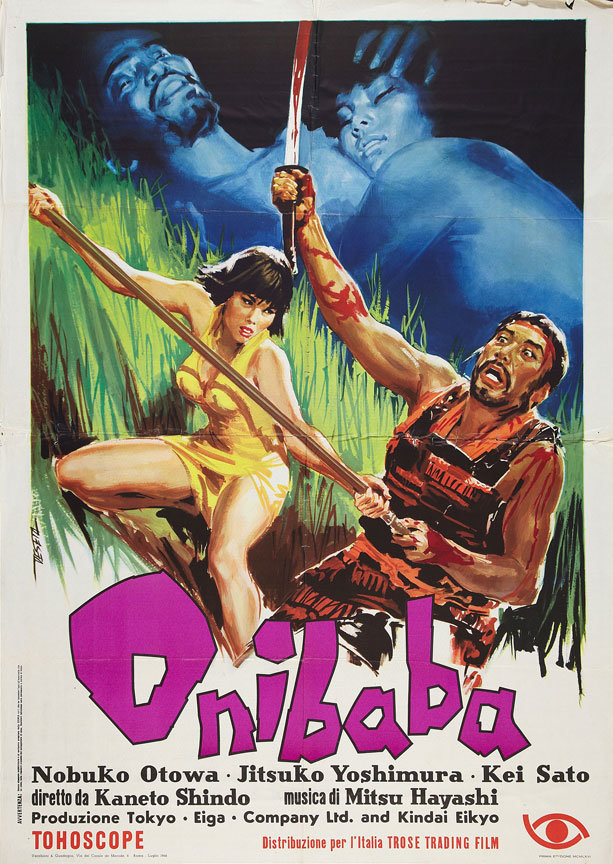 The 1966 Italian poster, illustrated by Enrico De Seta (1908-2008) who, like Shindo, also lived to be 100. Despite the lurid hues of De Seta’s poster, Onibaba actually makes stunning use of high contrast black and white. 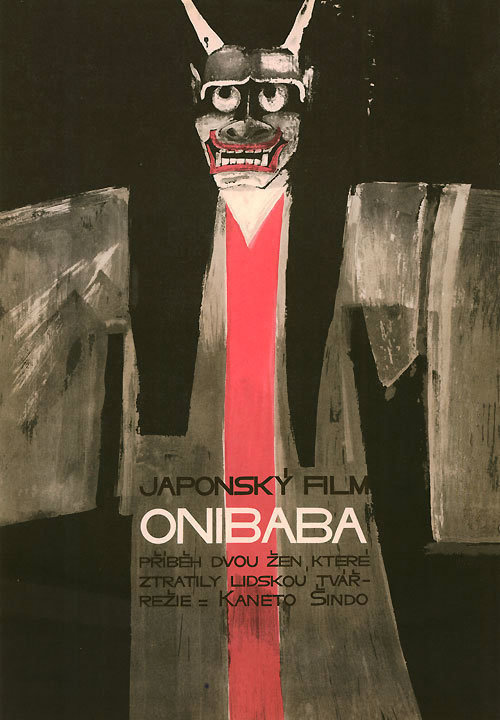 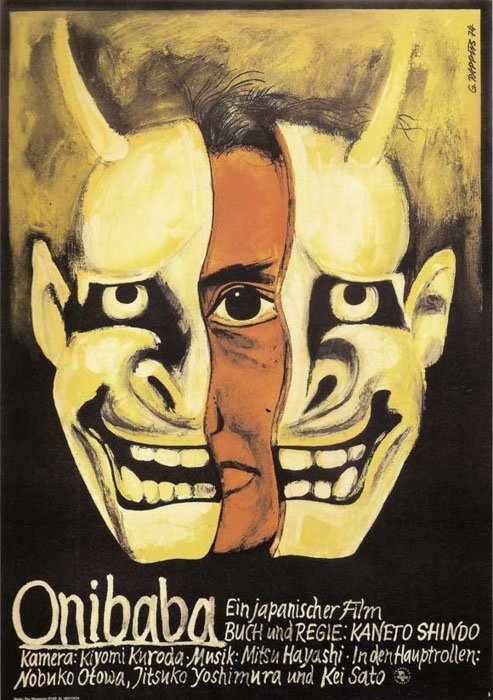 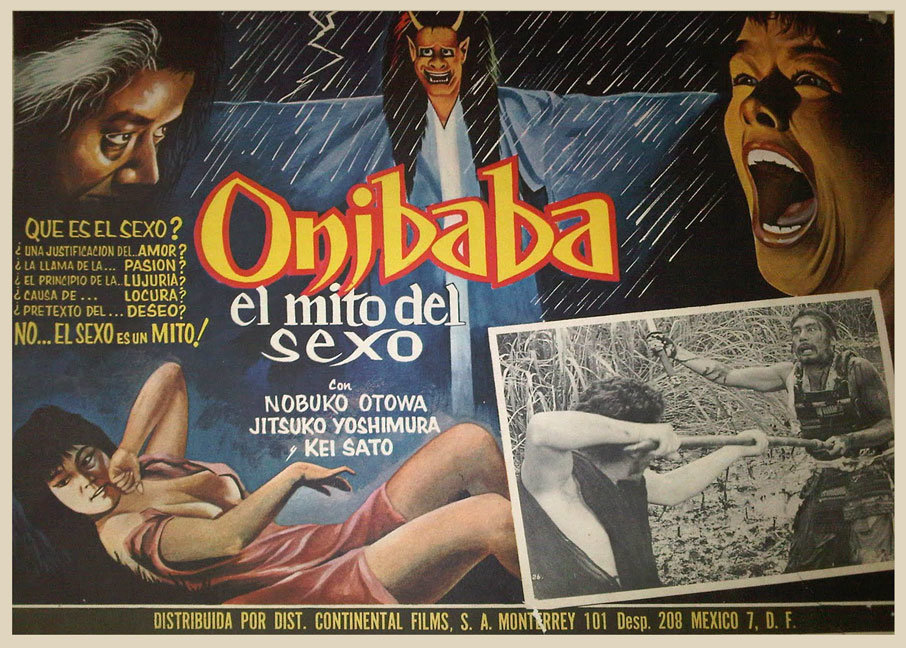 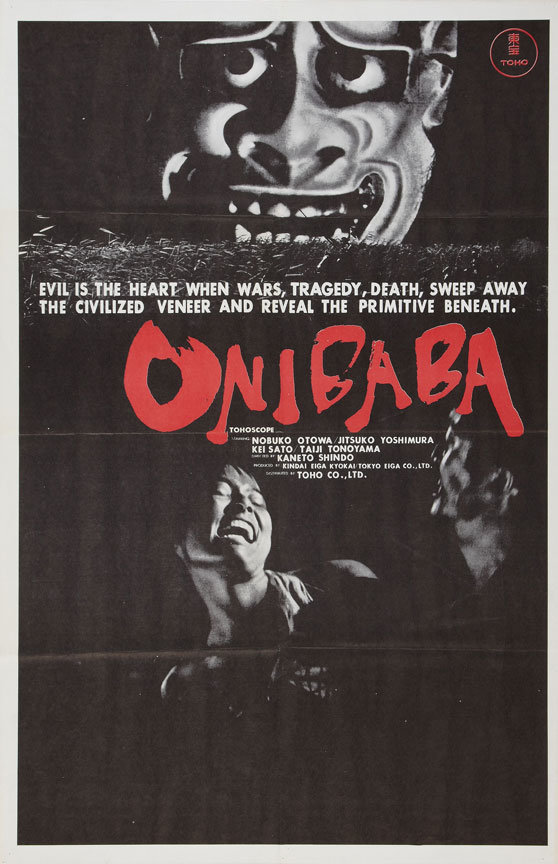 And an English-language poster released by Toho for foreign markets. 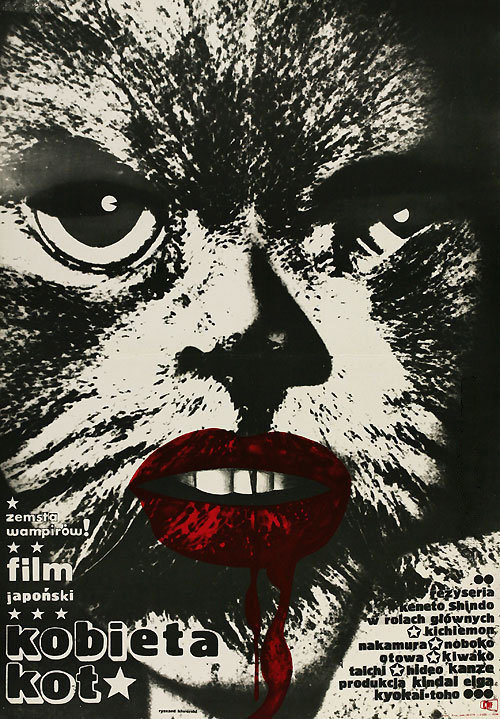 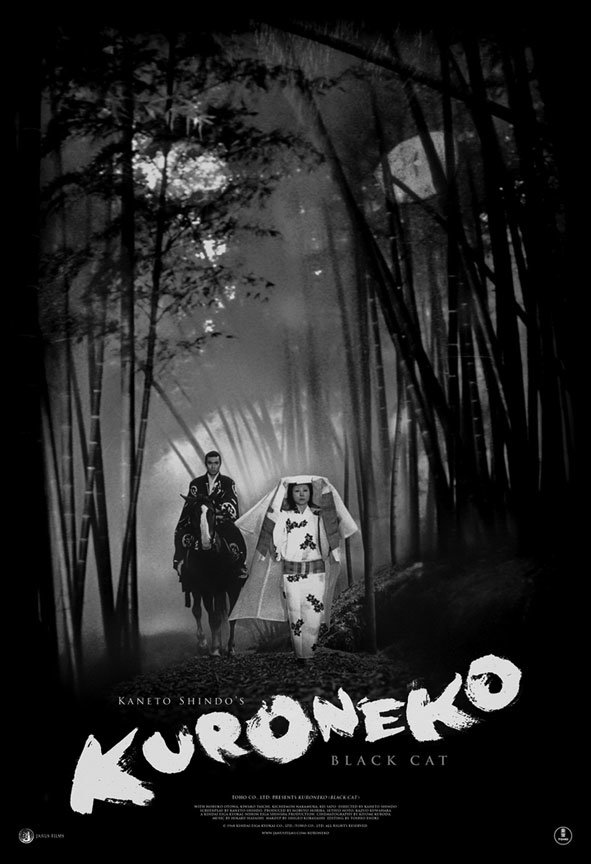 And Sam Smith’s design for Janus’s 2010 re-release of the film. 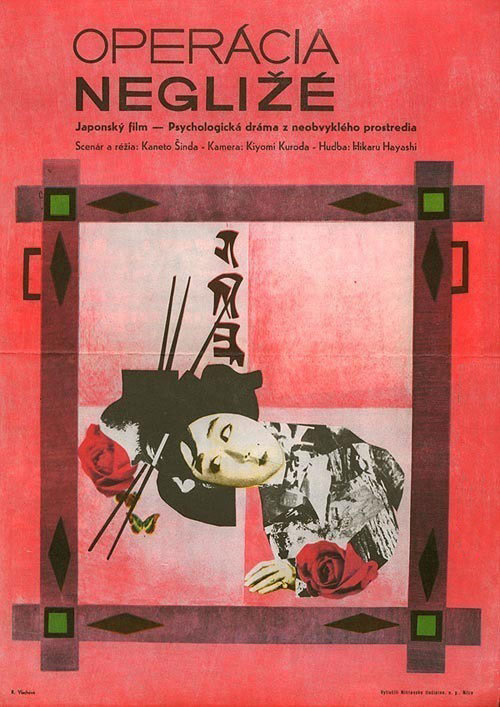 A Czech poster for Operation Negligee (1968), designed by Renáta Vlochová. 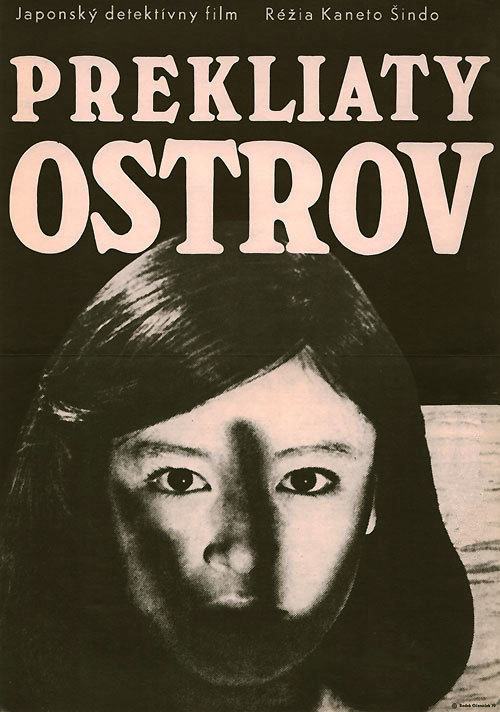 The Czech poster for Heatwave Island (1969), designed by Radek Ocenásek. 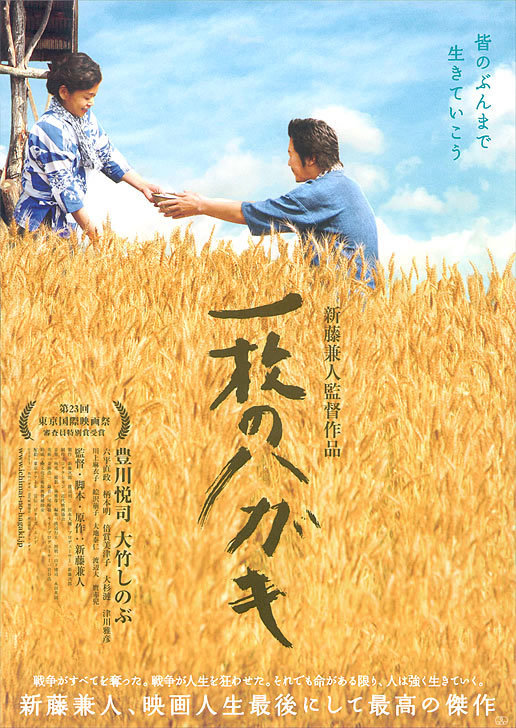 Thanks to Posteritati and Terry Posters for many of the images.