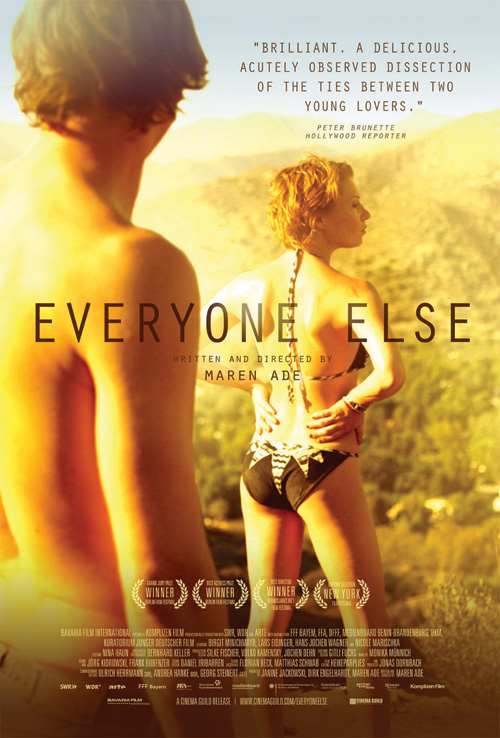 One of my favorite films of last year, and a favorite of many at The Auteurs, Maren Ade’s Everyone Else is finally getting a theatrical opening on April 9th at the IFC Center in New York. The film premiered at last year’s Berlin Film Festival where it won the Grand Jury Prize as well as the Best Actress prize for the wonderful Birgit Minichmayr, and also played at the New York Film Festival. Everyone Else covers a few days in the lives of a young German couple on vacation in Sardinia, and it is a glimpse of a relationship in full rollercoaster mode. Cinema Guild’s gorgeous sun-drenched poster (nicely adapted from the less radiant still below) perfectly captures both the alienation and the warmth of this uncomfortably honest and poignant film. 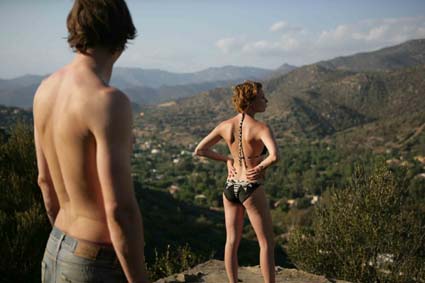 Part of the so-called Berlin School, Ade was first noticed for her devastating debut The Forest for the Trees (a less happy-go-lucky version of Happy-Go-Lucky) which is on Netflix Instant and which I highly recommend.

Below are posters for the German, Norwegian and Russian releases of Everyone Else, of which my favorite is the Norwegian, if only for the lettering and some judicious carpet photoshopping. 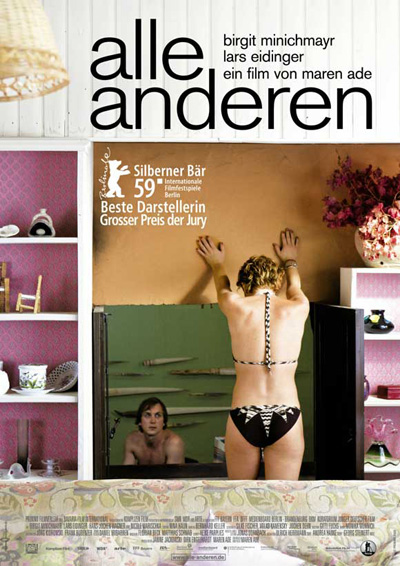 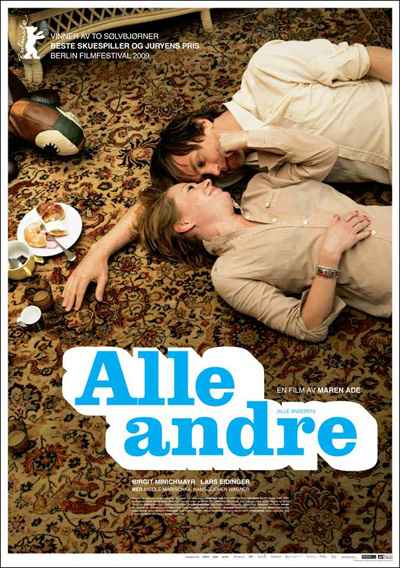 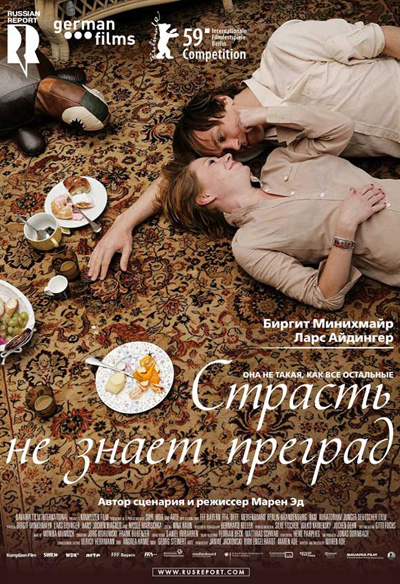