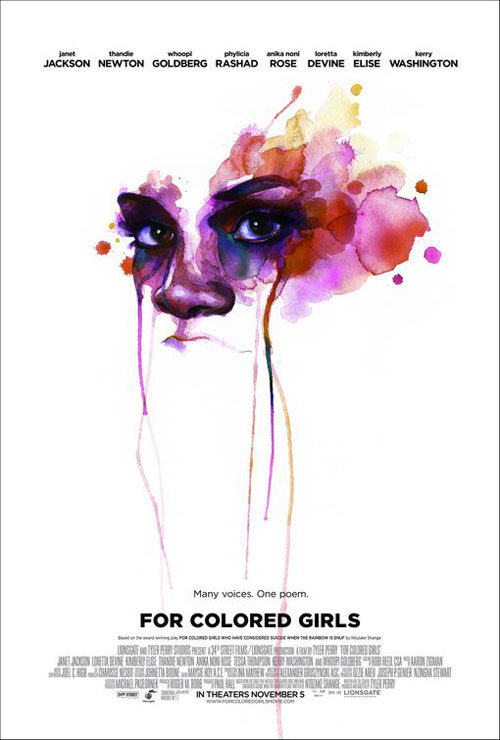 Tyler Perry may not be the kind of auteur that MUBI usually celebrates, but an auteur he most certainly is: a hugely popular, multi-hyphenate, name-above-the-title titan who, with Fassbinder-like prolificacy, has released nine films that he has written, directed and produced (starring in seven of them) in the space of less than five years. (Unlike Fassbinder his financial success far outweighs his critical success: his films to date have grossed over $500 million.)

There seem to be three kind of Tyler Perry movie posters: there are the generic ensemble cast posters which you barely look at twice; there are the Madea posters which feature Perry as his indomitable gun-toting grandmother alter-ego in parodies of Warhol or the Straw Dogs poster; and then there are the teaser posters, which are something else.

For Colored Girls, Perry’s upcoming film adaptation of Ntozake Shange’s 1975 “choreopoem” For Colored Girls Who Have Considered Suicide When the Rainbow Is Enuf, boasts a total of ten official posters (all of which can be seen on the film’s official website). Eight of them are character posters which feature beautiful actresses trapped in ugly layers of graphics, and then there is this film’s equivalent of an ensemble poster which has the eight actresses color-coded in a more-pleasing Mondrianesque layout. But what seems to be the film’s official poster reverses the trend of most Perry releases.

I have no idea who is responsible for the superb teaser posters that announce Perry’s films before the more conventional marketing kicks in, but they follow such a similar train of thought (flowers, faces, silhouettes) that I’d like to think that Perry himself is behind them, rather than just the marketing team at Lionsgate. Simple, bold, inventive and memorable, they stop you in your tracks, but they are also now recognizably Perry-ian. Which is why I’m happy that a similarly fresh and arresting design is being used as the official poster for Colored Girls.

One other notable feature about this poster is that, for the first time, Perry’s name, no doubt in deference to Shange, is not above the title with its usual Felliniesque possessiveness.

Below are the good, the Mad, and and the poorly Photoshopped... 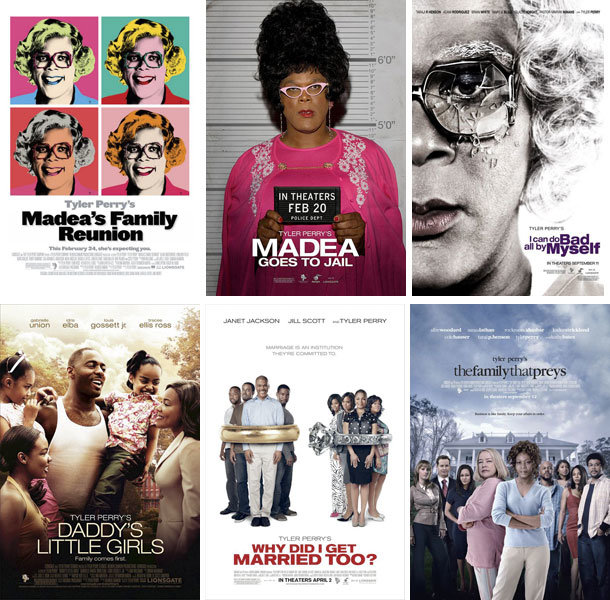 Movie Poster of the WeekimagesTyler Perry
10
Please login to add a new comment.