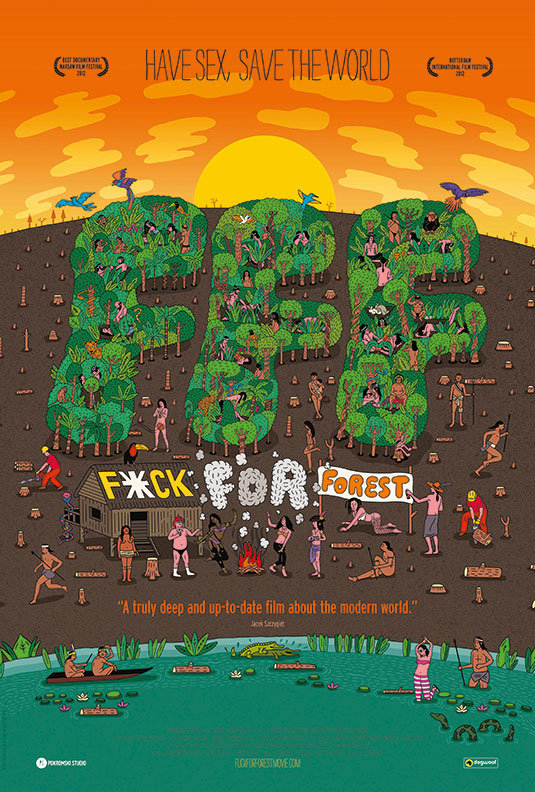 In last week’s rundown of my favorite posters of 2012 I included the work of a young British designer named Sam Ashby who had created two witty, rule-bending posters for two of my very favorite films of the year: The Turin Horse and Two Years at Sea. Both of those played with type over a single stark black and white﻿ image so it was a surprise to see his newest poster—unveiled here for the first time—which is a riot of color, detail and illustration.

The delightfully titled Fuck for Forest, or FFF, is a brand new documentary by Polish director Michał Marczak﻿ about the radical German eco-charity of the same name.

The film—which had its world premiere at the Warsaw Film Festival last October where it won the Best Documentary prize—will play at the Rotterdam Film Festival next month and will be distributed in the UK by Dogwoof in March. ﻿I haven’t yet seen the film so I’ll give you the official synopsis: “Berlin’s Fuck For Forest is one of the world’s most bizarre charities. Based on the idea that sex can save the world, the NGO raises money for their environmental cause by selling home-made erotic films on the internet. Meet Danny, a troubled soul, as he accidentally discovers this exuberant, neo-hippy world where sexual liberation merges with global altruism, and joins their already colourful operation. From the streets of Berlin to the depths of the Amazon, together they are on a planet-saving mission to buy a piece of forest and save the indigenous peoples from the sick, sick West.﻿”

Not an easy, nor straightforward concept to encapsulate in a one sheet to say the least. This was the original﻿ nudge-nudge-wink-wink festival poster. 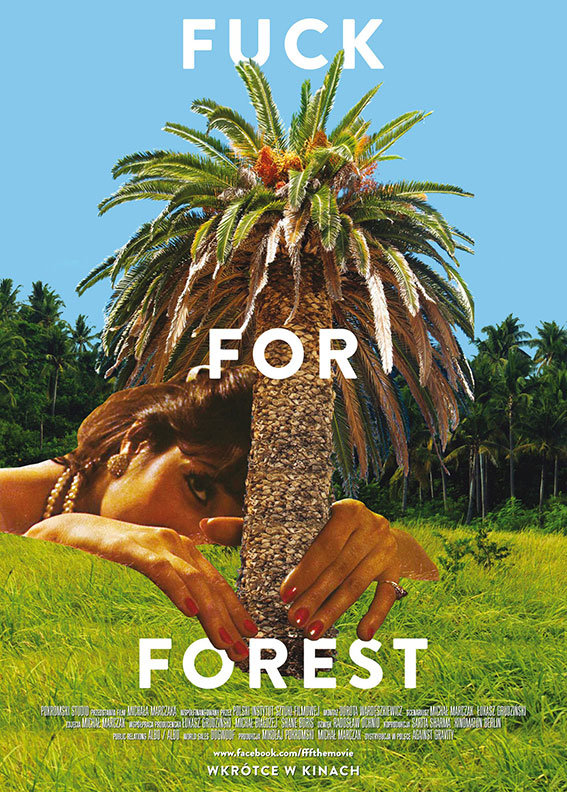 Dogwoof’s poster was a collaboration between Ashby, who started out at the renowned London design studio AllCity before going solo a few years ago, and the illustrator Serge Seidlitz who, among many other things, recently redesigned the Judy Blume book series. Born in Kenya in 1977, the English-German artist grew up travelling all over the world, the influence of which is strongly felt in his illustration work, which is crammed with information and color. 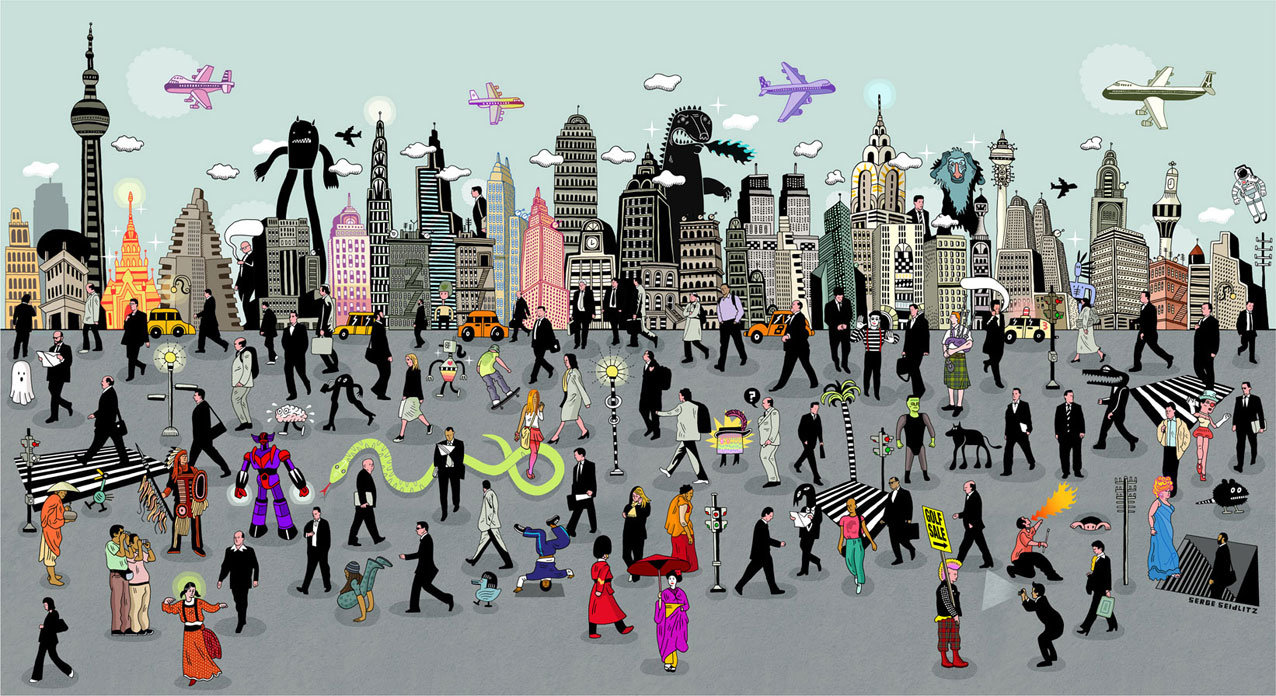 In an email conversation this week, Sam told me “﻿﻿I wanted the poster to feel like a racy Where’s Wally﻿, [a.k.a. Where’s Waldo] which would somehow make sense of the title whilst upping the humour which is something me and Dogwoof were keen to do. Also, since the title needed to be shortened to FFF for their marketing purposes, I was keen to make that a big feature of the design, so turning it into the forest was kind of perfect really.

“I sketched out the idea to present to the client, a simple pencil drawing but one that conveyed the main image of the trees, then explained the idea of the little hippies having sex whilst the local tribespeople look on confused, or run away terrified. Where’s Wally﻿ provided the perfect image reference. Once they were sold on the idea I did some research into illustrators whose work would fit and found Serge Seidlitz through his agency. He was the ideal choice and got the idea instantly.

“After a bit of to-ing and fro-ing we got the sketch stage working and approved by the client and then Serge presented his initial version. Unfortunately we had to censor it because it was too rude and no cinema would use it (we know, the client asked them!), so Serge added some more foliage and a couple of butterflies to hide the offending parts. I actually think I prefer this version because it is a little more in line with the Where’s Wally idea of having to spend time with the image to find things happening. I specified a few extras, such as more birds, some men with chainsaws, the colour of a few elements, some spacing to allow for me to add type, but ultimately it was a very easy process led by Serge’s incredible understanding of the idea and his ability to transform it into something better than I had imagined.”

The result is one of the most exuberant and joyful posters I have seen in a long time. While it works from a distance, thanks to Sam’s concept of shaping the remaining un-deforested jungle to the title inititals, its when you look close up that it really comes to vibrant life. 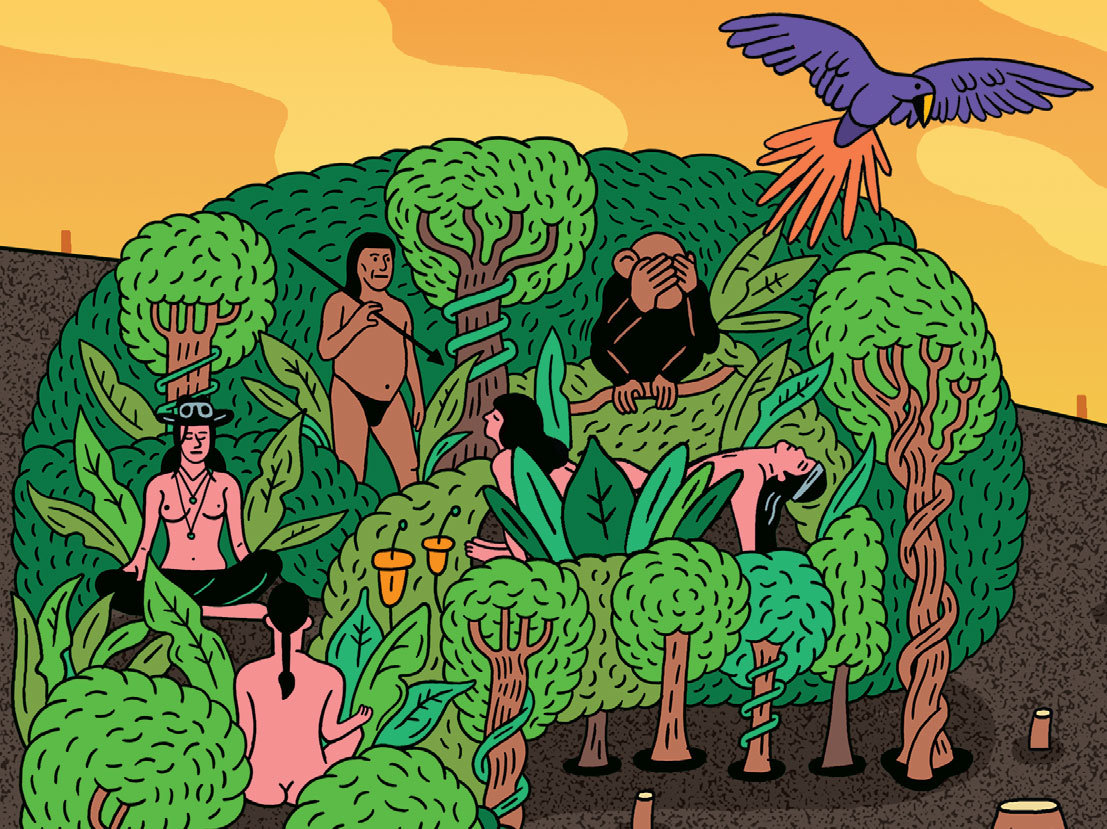 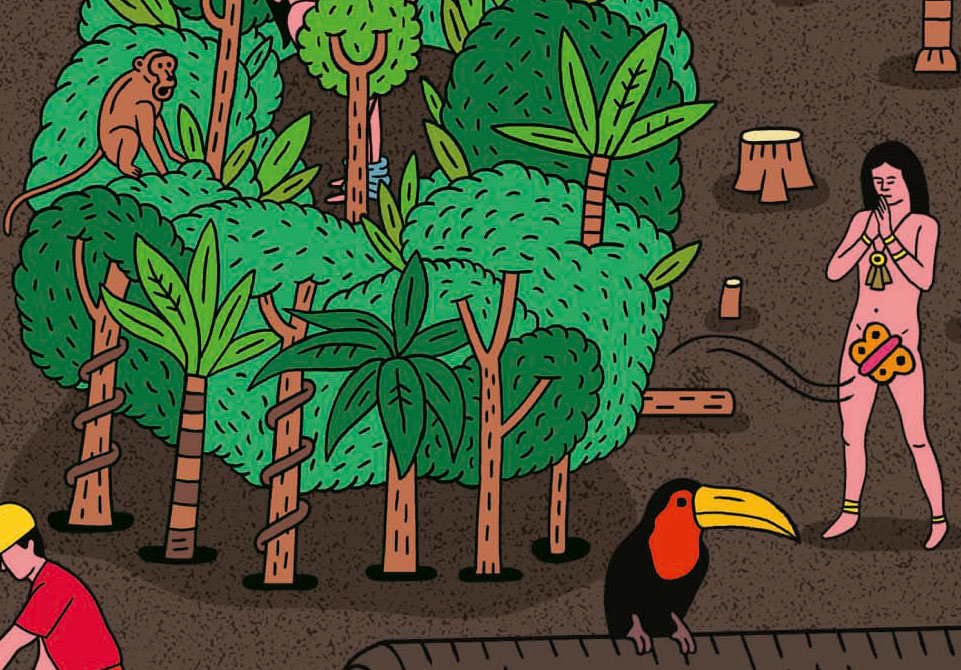 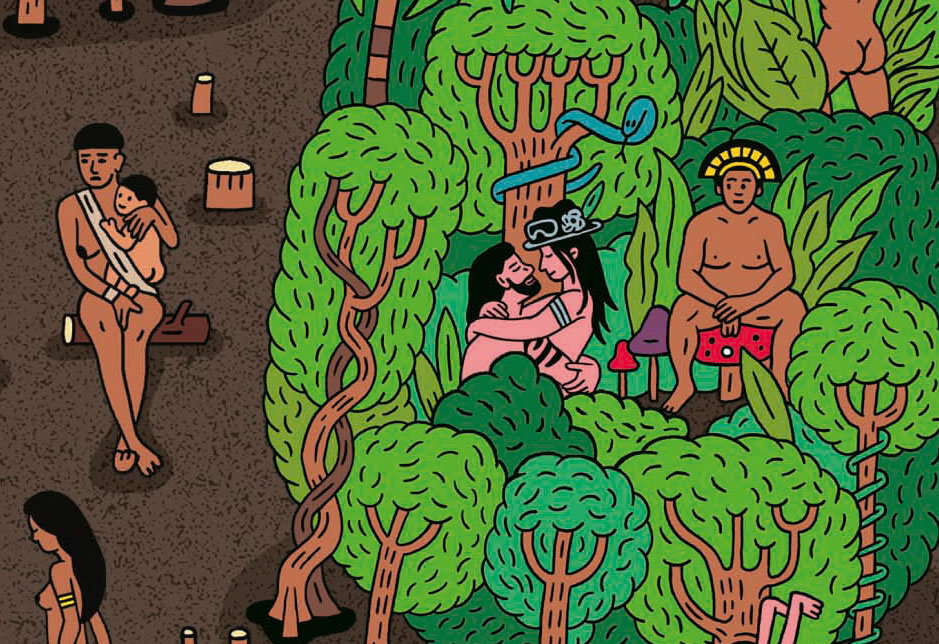 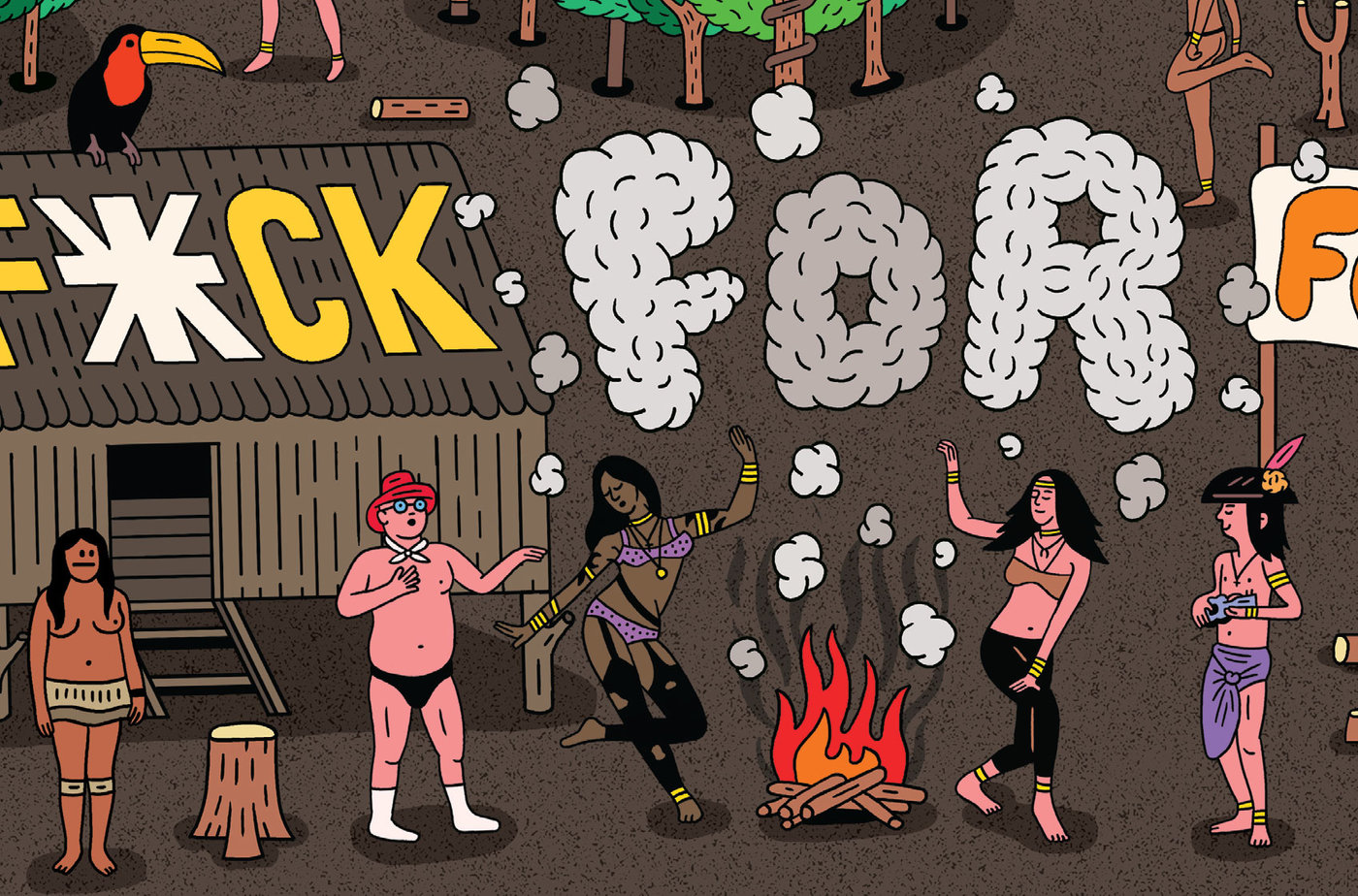 I want to finish with some of my favorites of Sam’s other design work. Five years ago, long before I knew his name, I wrote two of my earliest Movie Poster of the Week posts about two superb posters of his for AllCity: Reprise and Alice in the Cities.

I also love the teaser poster for the little-seen Beauty, and his UK Quad for Cold Weather with that amazing interwoven title treatment. 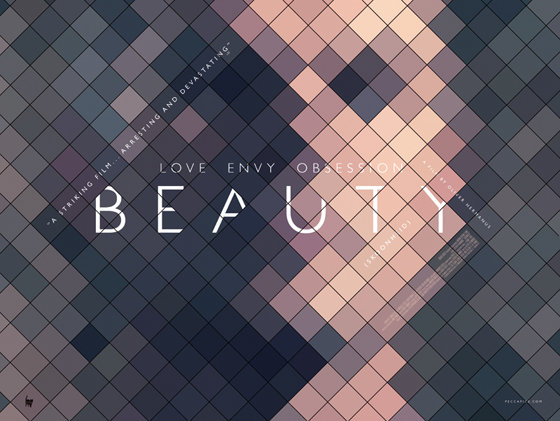 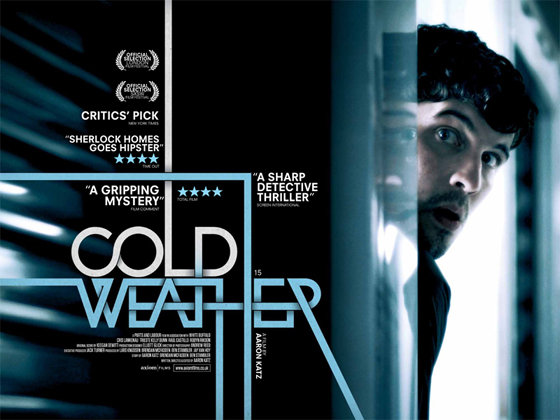 I am also quite fond of two pitches Sam made for two different Tilda Swinton films, neither of which were accepted as the final designs, though the I Am Love design he describes as “perhaps my favourite poster yet.﻿” His ambition is to get a poster for a Tilda Swinton movie to the final stage, so if any distributor has a Tilda movie in the works, take note. 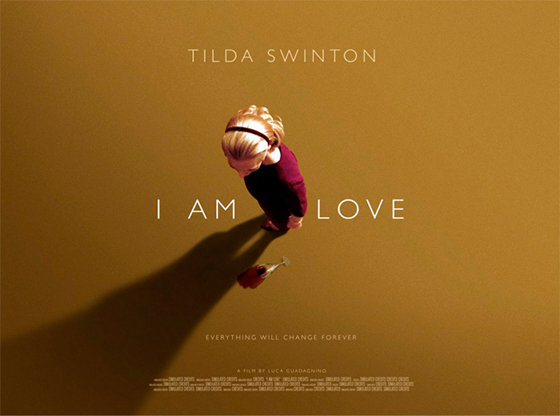 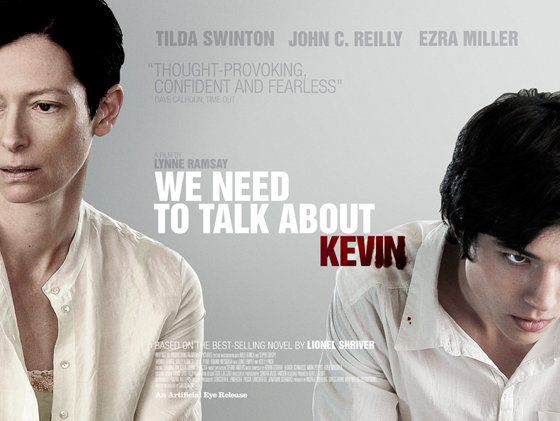 Many thanks to Sam for his time and to Emma Green at Dogwoof who turned me on to his poster. More of Sam’s work can be seen at iamsamashby.com, while Serge Seidlitz’s work can be seen on his website or Tumblr. And you can watch the trailer for FFF and find out more about the film at fuckforforestmovie.com﻿.

Movie Poster of the Weekimages
4
Please login to add a new comment.