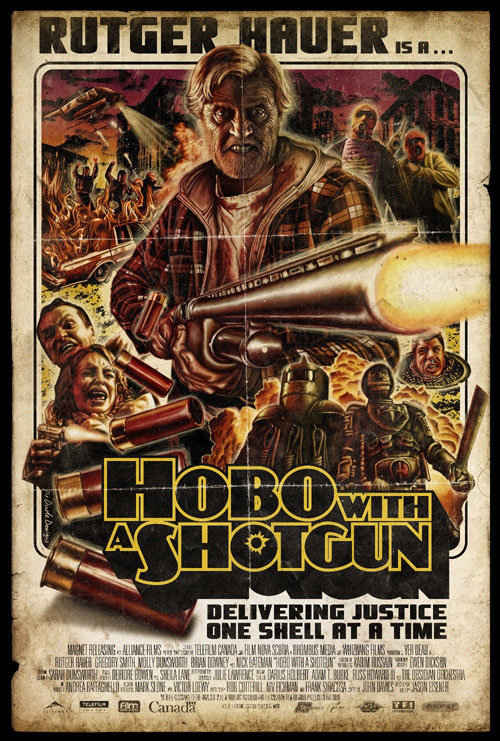 Having its world premiere tonight in the Park City at Midnight section of the Sundance Film Festival, Jason Eisener’s Hobo with a Shotgun is a film with an interesting genesis. A film that came out of the womb backwards, so to speak.

Back in 2007, inspired by the popularity of the fake trailers in Grindhouse (for my money the best part of that film), Quentin Tarantino and Robert Rodriguez hosted a competition to find the best amateur fake grindhouse trailer. The winner was a for a nonexistent film titled Hobo with a Shotgun, and the trailer (you can see it here), made by Nova Scotian filmmakers Jason Eisener, John Davies, and Rob Cotterill, was shown before some screenings of Grindhouse, especially in Canada.

Three years on and the fake trailer has now, like Machete before it, been turned into a real full-length feature, now starring the great Rutger Hauer as the eponymous vigilante homeless person. You can see the new trailer here.

However, as compelling as Hobo with a Shotgun looks (if you like that kind of thing, of course) it’s the perfectly realized and illustrated retro poster for the film that we’re interested in here. It was designed by British artist Tom Hodge, who prefers to call himself The Dude Designs (see his business card below). According to his blog, Hodge grew up in a small village where his biggest source of inspiration were the “video nasties” (as exploitation films were known in Britain in the ’80s) lined up at the local rental store. “My aim with my design/illustration work” he writes, “is to bring back the lost magic of the video cover and poster art. To paint, illustrate and hand assemble images which have ‘personality’ more than pixel perfection, that invoke those memories/emotions you used to get when you held a video box in your hand or stared at an illustrated movie poster.”

Hodge, who has been designing posters for London’s Curzon Cinema Midnight Movies for the last few years, actually contacted Eisener via his blog and offered up his services. You can read more about his design process on his blog, but I especially like this particular piece of design rationale: “Another must is you always need a helicopter (whether there is one in the film or not). There’s a definite correlation between the decline of helicopters and the quality of movie posters these days! A helicopter tells you it’s exciting, and there’s a budget!!! (well it used to but I’m getting old these days and maybe kids just aren’t impressed by such a thing).” Can’t argue with that.

One final personal aside: one of my favorite memories of the Rotterdam Film Festival (which also starts next week) was being up in the festival center late one evening a couple of years ago and going up to the information desk usually staffed by helpful young volunteers, only to find Rutger Hauer sitting there, kicking his heels and shooting the shit. 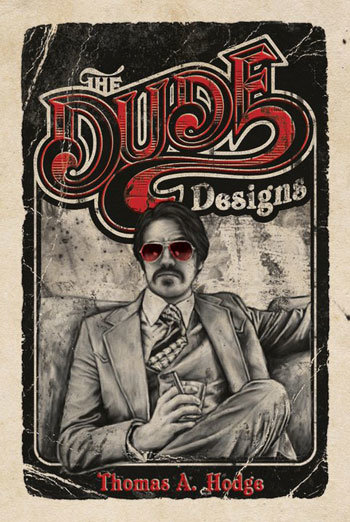