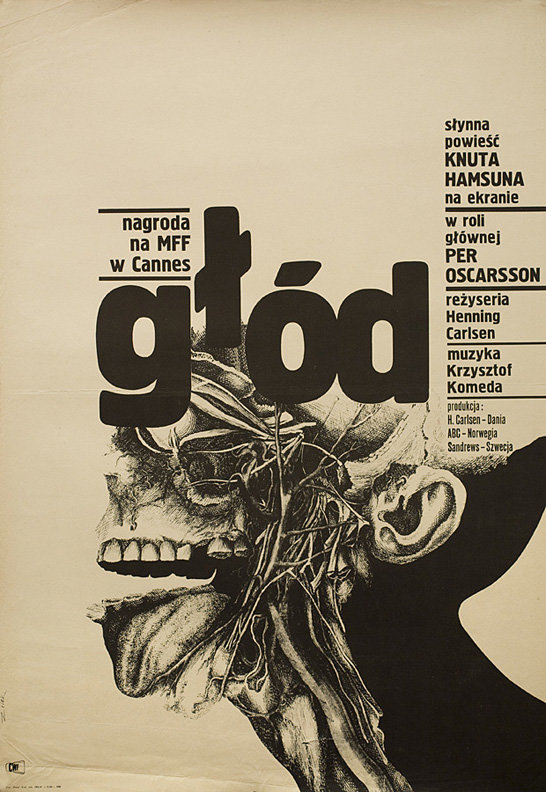 For cinephiles, animation afficionados and graphic design connoisseurs there is a must-see exhibition opening at the Museum of Modern Art in New York this Sunday. Quay Brothers: On Deciphering the Pharmacist’s Prescription for Lip-Reading Puppets is a beautifully staged, labyrinthine gallery show (which runs through January 7, 2013) containing a treasure-trove of drawings, photographs, book jackets, posters, puppets, dioramas, installations, and, of course, films that make up the life’s work to date of those enigmatic identical twin filmmakers Stephen and Timothy Quay.

It’s no secret how much the Quays are enamoured of and indebted to Eastern European literature and music, but it is maybe less well known how much they owe to East European graphic design and, most especially, to Polish poster art. Legend has it that on their very first day at the Philadelphia College of Art—where they were studying illustration—they walked into an exhibition of Polish poster art that changed their life (though the invaluable catalogue to the exhibition dates the show two years after they matriculated, in April 1967). According to Ron Magliozzi, the curator of the MoMA exhibition, “it wasn’t simply the radical design...or the posters’ revelation of a foreign world of European opera, drama, music, and cinema that irresistibly attracted them—it was the fact that the posters spoke so freely of their subjects, as if consuming them.” It was “illustration art with the courage to be strange and ambiguous,” an idea which would strongly affect the budding illustrators.

The MoMA show contains a lovely corner of framed Polish posters personally selected by the twins. If the piece above, a poster by Bronislaw Zelek (b. 1935) for Sult—Danish director Henning Carlsen’s 1966 adaptation of Knut Hamsun’s Norwegian novel Hunger, a film that had a powerful effect on the twins—is familiar to eagle-eyed Quay fans it might be because it can be seen in the background of the opening sequence of the Quays’ 1986 masterpiece Street of Crocodiles.﻿﻿ 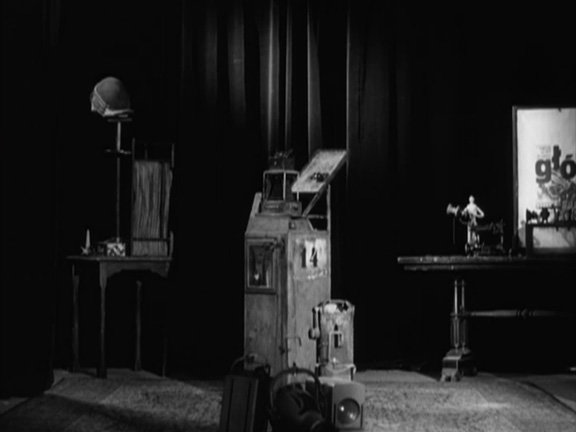 One of the Quays’ very favorite Polish designers is the great Roman Cieslewicz (1930-1996)﻿ who has seven posters in the show, including this 1961 poster, below, for Katastrofa a.k.a. Merenylet (Zoltán Várkonyi, Hungary, 1959)﻿, the influence of which on the Quays’ work is palpable. Magliozzi compares the “cityscape motif” of the poster to “the maps and visual textures of Street of Crocodiles” and Roberta Smith writes in today’s New York Times that “the one-eyed gnome that dominates a poster by the Polish poster designer Roman Cieslewicz...re-emerges in the Quays’ world as a charming ogre with a body of black twisted wire who obsessively fingers a one-haired mole on his forehead...the opening character of the 1987 Rehearsals for Extinct Anatomies.” 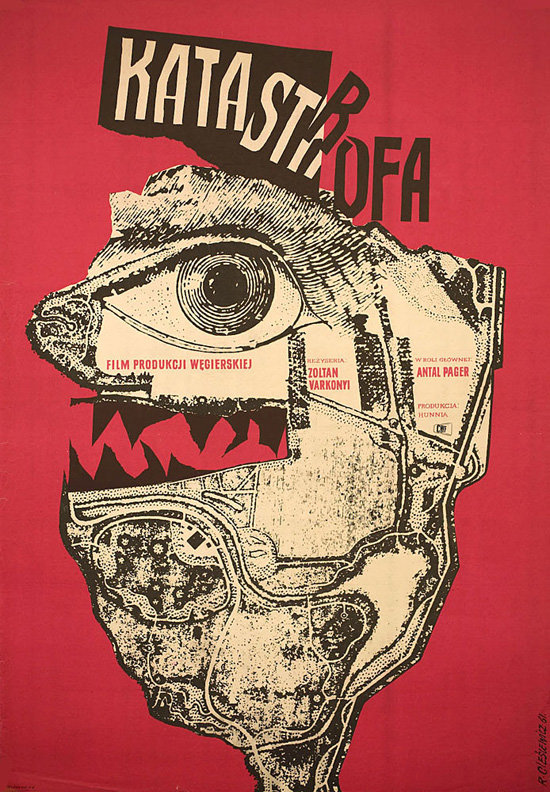 Another huge influence on the Quays, if not the biggest of all, was Jan Lenica (1928-2001)﻿ whose beautiful 1962 poster for Antonioni’s L’avventura can be seen below. Lenica was a renowned poster designer who, in 1957, in collaboration with fellow graphiste Walerian Borowczyk (sadly not represented in the show), turned to animation.﻿ According to Michael Brooke in the booklet for Zeitgeist Films’ DVD collection of the Quays’ short films (which, full disclosure, I was the design director of, Zeitgeist having been the American distributor of the Quays for the past twenty years), Lenica’s “cut-out animation was a major influence on the Quays’ early art-school projects.” A fellow emigré, like the Quays, he lived from 1963 to 1986 in France and from 1987 onwards in Berlin. (None of Lenica’s film work is available on DVD in the States, shamefully, but a number can be seen on YouTube, including a top quality transfer of his 1963 totalitarian satire Labyrinth.﻿) 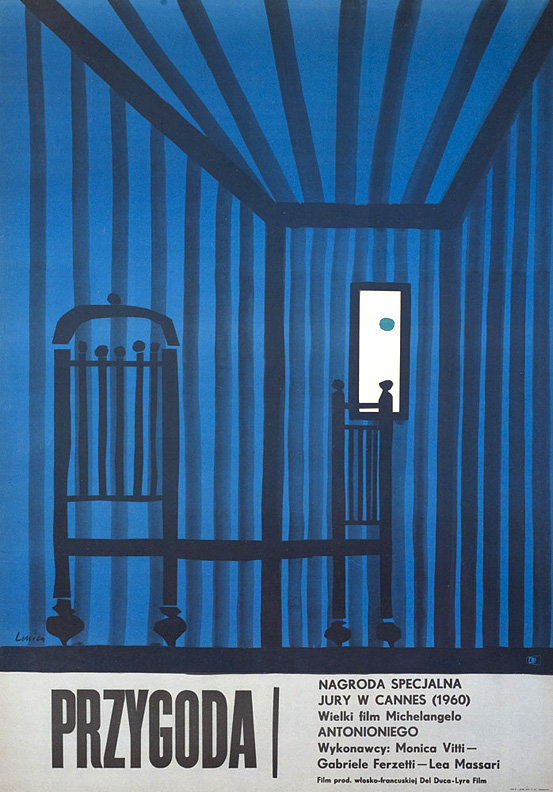 Franciszek﻿ Starowieyski (1930-2009) was a calligrapher and a stage and television designer as well as a painter. His posters, according to Brooke, “fused overtly surrealist, often strongly sexualized imagery with a visual sensibility consciously modeled on 17th-century art...his influence on [the Quays’] work has consequently been vast.” Below is his 1964 poster for Thérèse Desqueyroux (Georges Franju, France, 1962)﻿, Franju being another important early discovery by the Quays in their art school days.﻿ 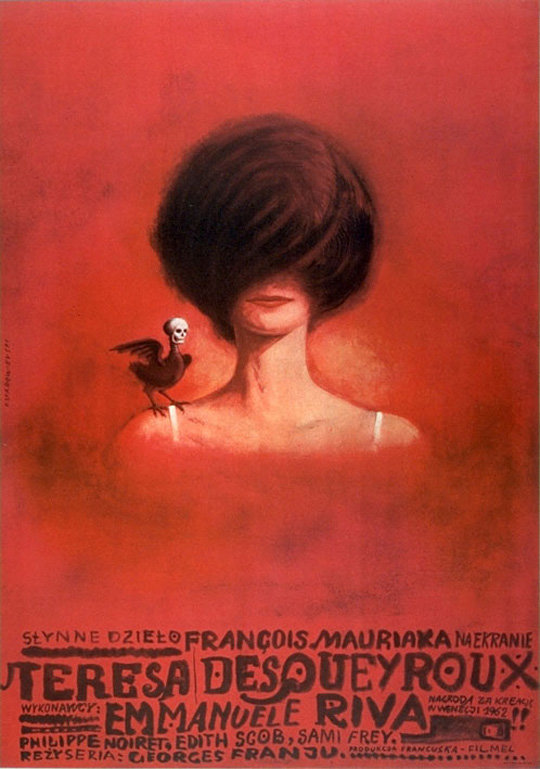 A couple more items round out the movie posters in the exhibition: 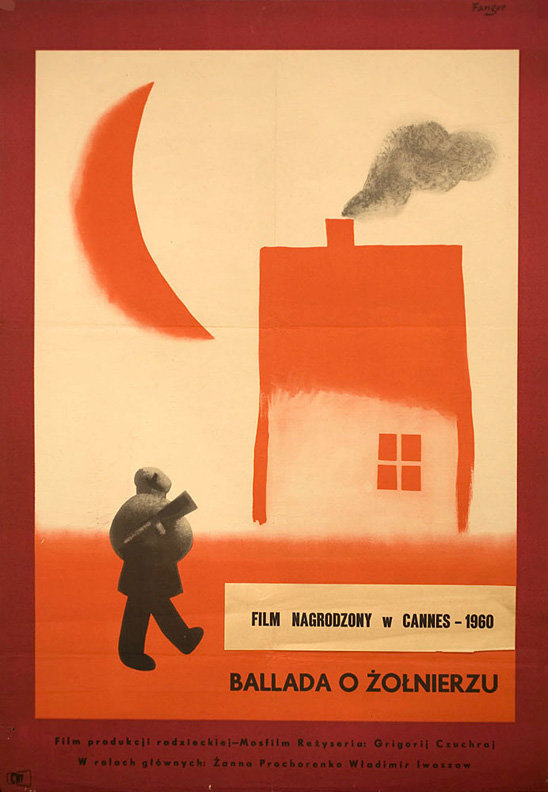 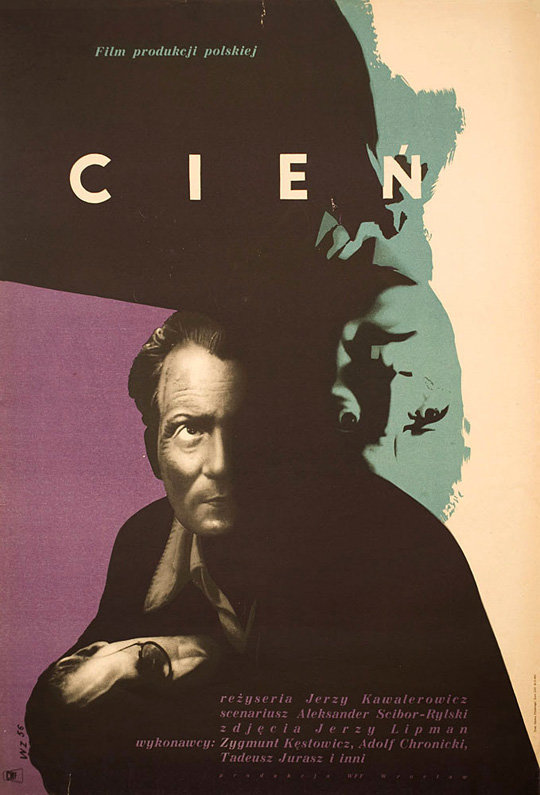 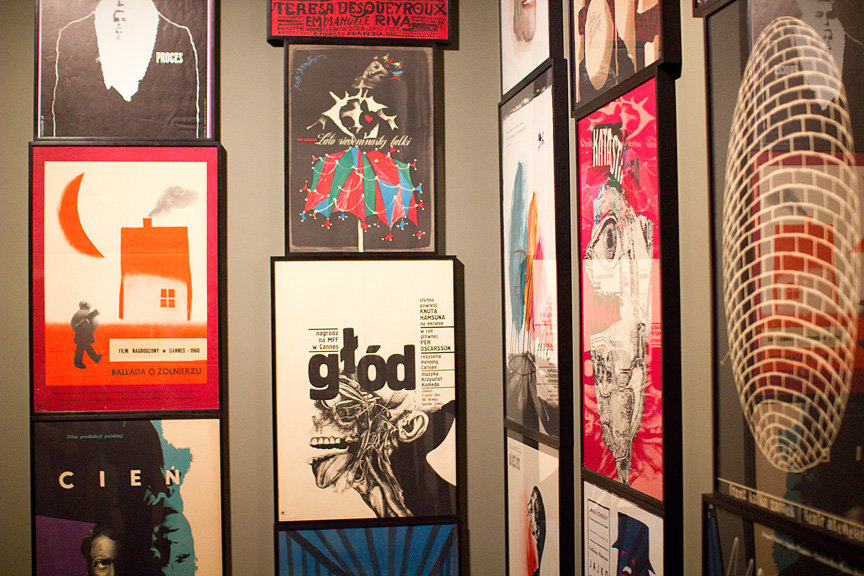 Many thanks to Ron Magliozzi﻿, and to Stan Oh at Posteritati (who also took this photo of the Polish corner at the Quay exhibition).