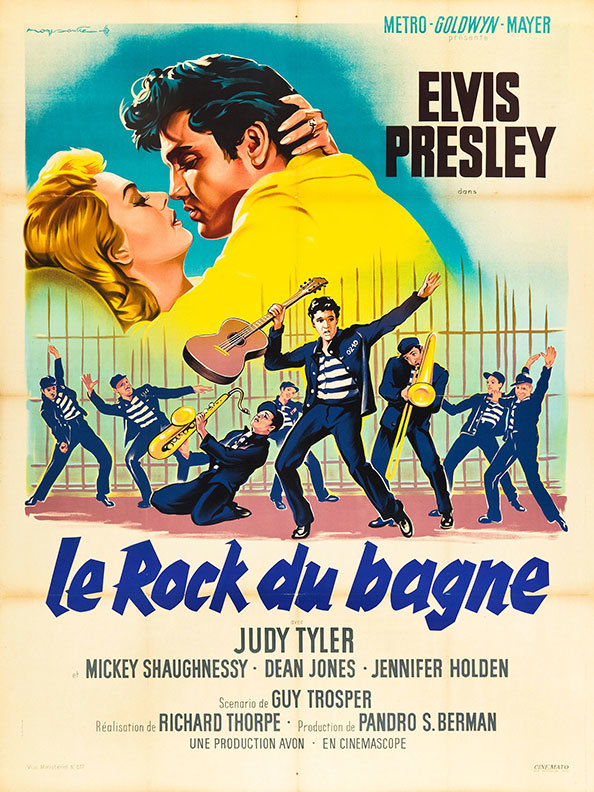 I’ve recently become a little obsessed with the poster art of French affichiste Roger Soubie, whose bold, expressive colors, striking portraits and vivid backgrounds enlivened many a Hollywood release. Born in 1898, Soubie illustrated more than 2,000 posters between the mid 1930s and 1966 (he died in 1984) and was the illustrator of choice for the major Hollywood studios.

When this superb poster for Jailhouse Rock came up for auction last month (it sold for almost $1,﻿000) it got me looking for other Elvis posters by Soubie, of which I found four more and I’m sure there were others. The beautiful hi-resolution scans on the Heritage Auctions website give us a chance to look at his work in detail and to see the difference between the large portraits that center his designs and the more sketch-like figures in the lower half of his posters. 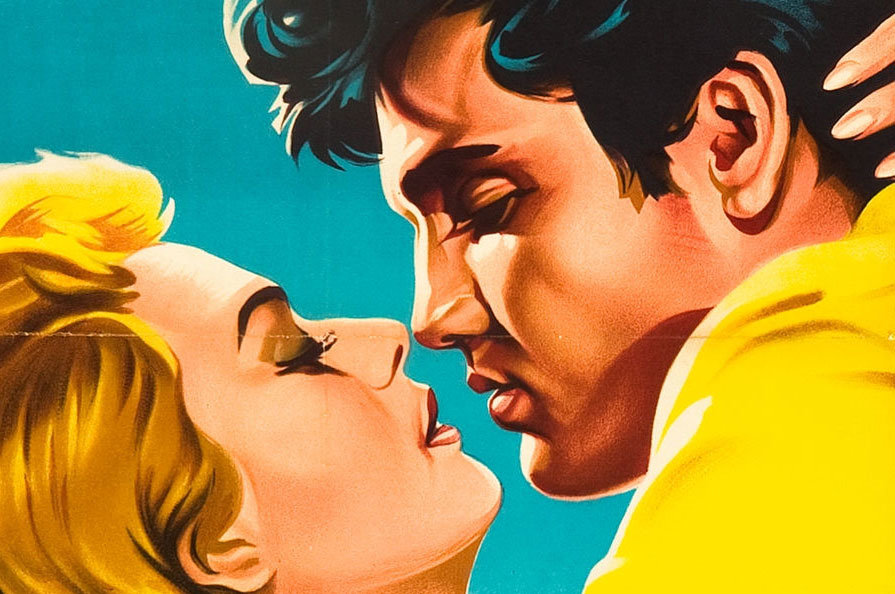 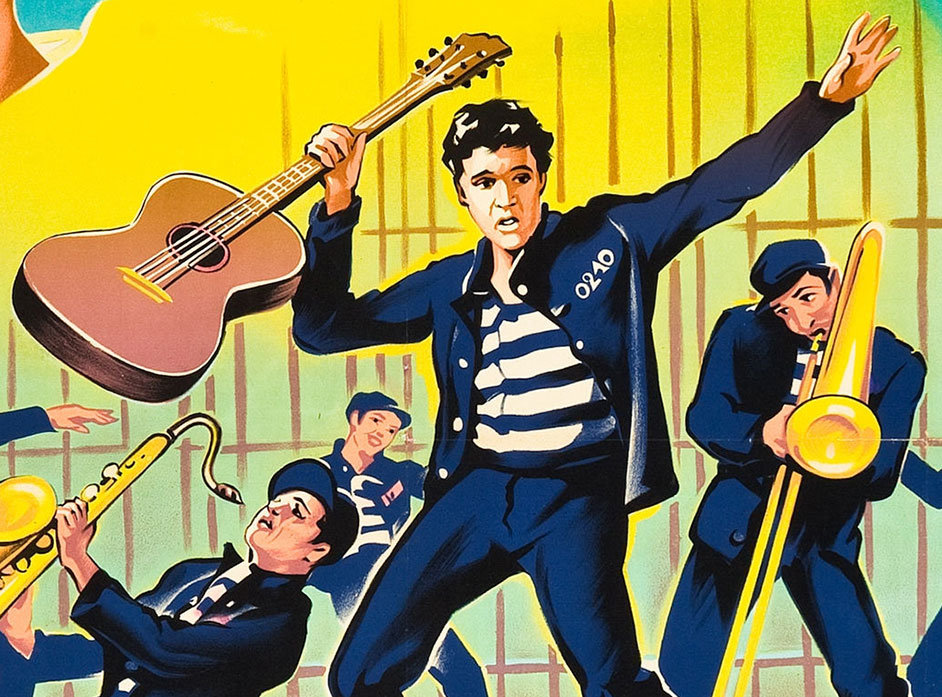 Both Jailhouse Rock and Viva Las Vegas (French title: Love in 4th Gear) have a similar set-up: Elvis romancing his leading lady at the top and Elvis in full grind at the bottom. And never without his guitar. 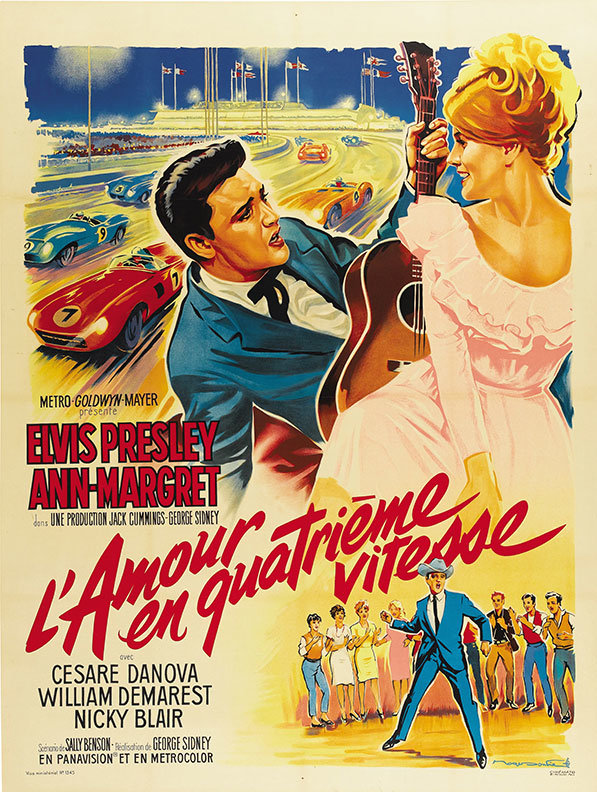 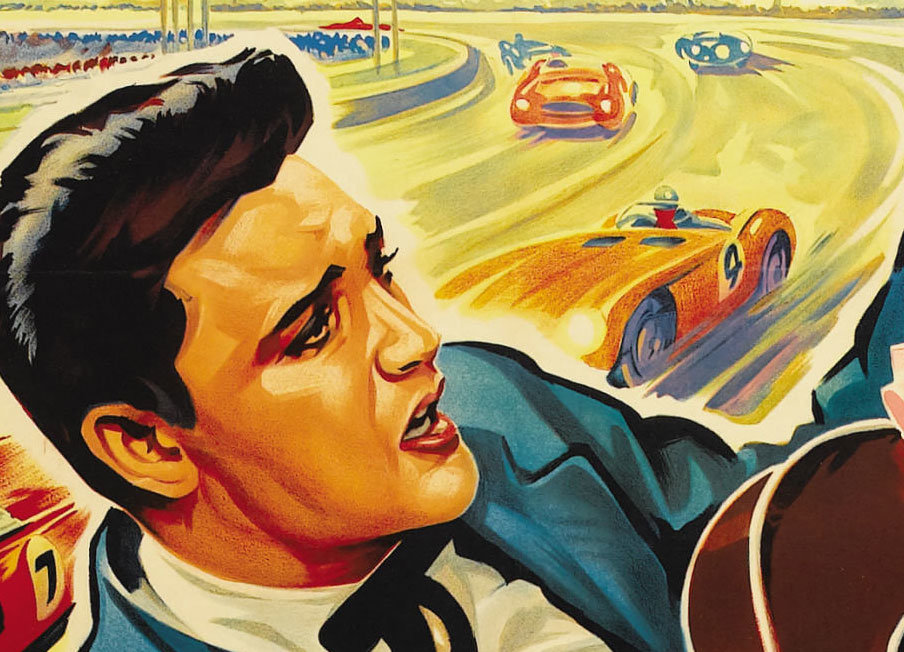 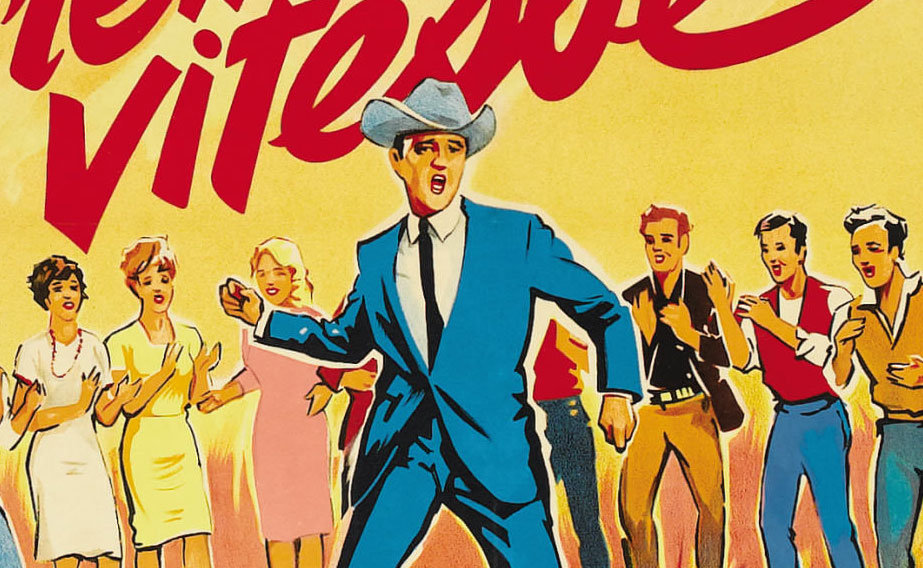 The lettering in all of Soubie’s posters is also always arresting and seems perfectly in sync with the energy and style of his designs, but as with many of the artists of the golden age, I have no idea if Soubie himself was responsible for that or if he handed his illustrations over to an art department that created all the type. 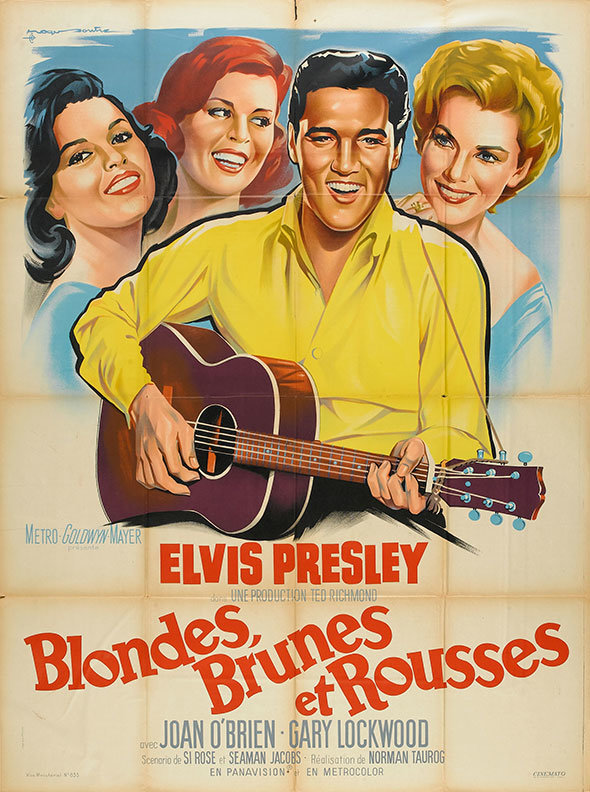 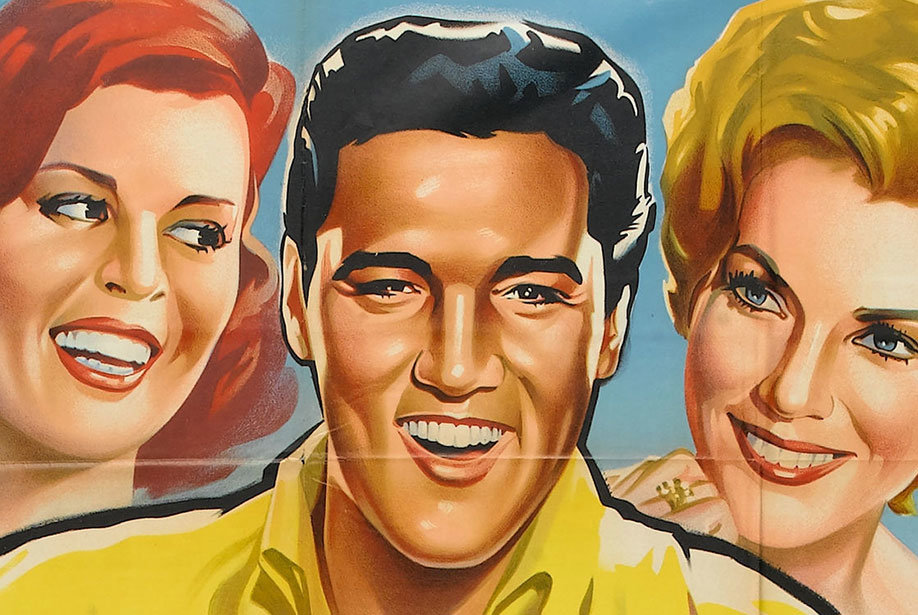 For these final two posters below I could not find such good scans and in any case their portraits of Elvis leave something to be desired. But considering that Soubie painted a poster a week and then some for three decades he could be permitted some off days. 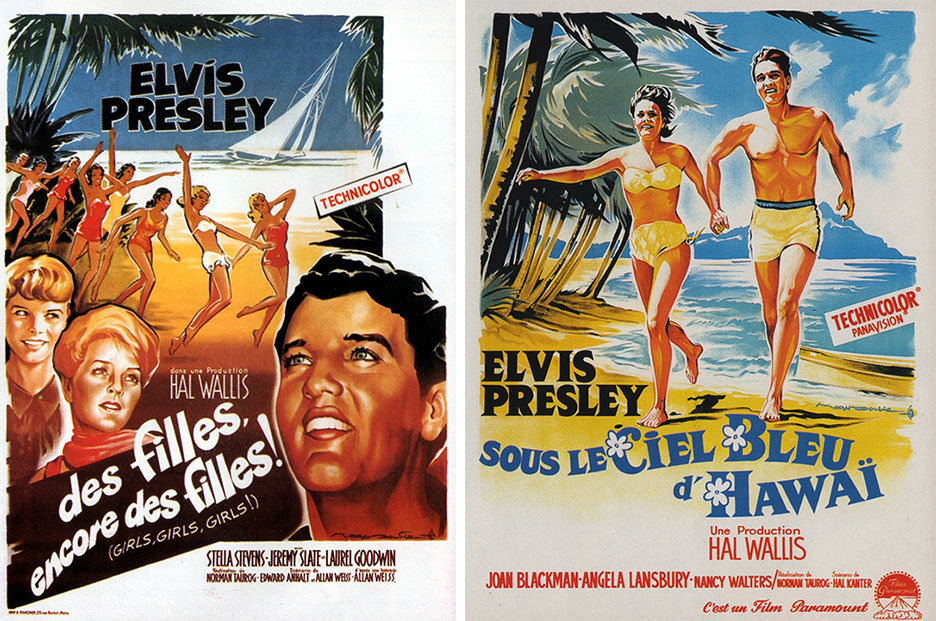 There is a great book on Soubie’s work available in France. (You might recognize the cover from my Facebook profile.)