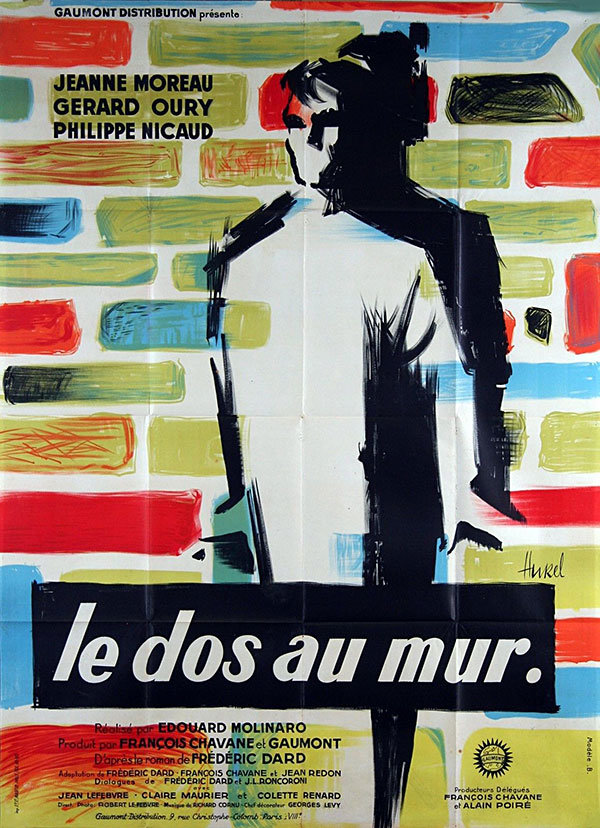 In the world of movie poster collecting, title trumps everything. A mediocre half-sheet for Casablanca or a lobby card for The Wizard of Oz will sell for thousands whereas an exquisite piece of graphic design for an obscure Czech drama can be picked up for peanuts. For good reason of course: people want movie posters to remind them of the movies they love. But I am always endlessly impressed by the bottomless well of superb design and illustration that is out there for films that have been all but forgotten. As a random example, this week the French poster dealer Dominique Besson released 171 posters for auction on eBay, and, though many of them are for well-known films I was struck by the fact that many of the most eye-catching designs were for quite obscure French films from the 40s and 50s. And all can be picked up for a song.

The Clément Hurel design for Edouard Molinaro’s 1958 Le Dos au Murs (the first feature from the future director of La Cage aux Folles) is exceptional: a vibrantly colorful semi-abstract composition. (Without realizing it until I was captioning it, the second poster I chose, a very different design by Guy Gérard Noël, is for Molinaro’s second feature). Many of the others I’ve chosen are slightly more conventional, but they are all a testament to the golden age of French movie poster design, beautiful works of illustration alive with color and presence. Many of the great artists are represented here—as well as Hurel and Noël there are posters by Roger Rojac, Boris Grinsson, René Péron, Pierre Segogne, and Jean Mascii. And some of these films may in fact be better known than I realize—especially in France—though it’s probably telling that I was able to find only 5 of the 14 titles in MUBI’s extremely comprehensive database. 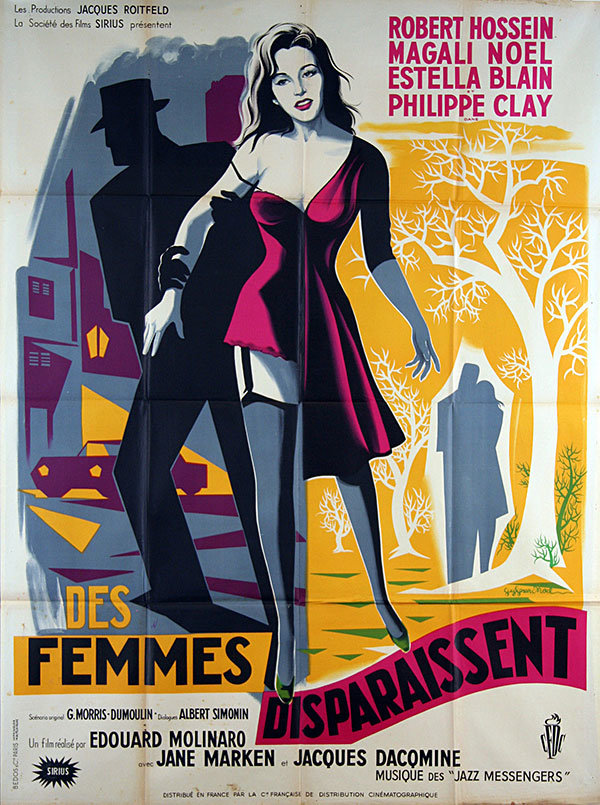 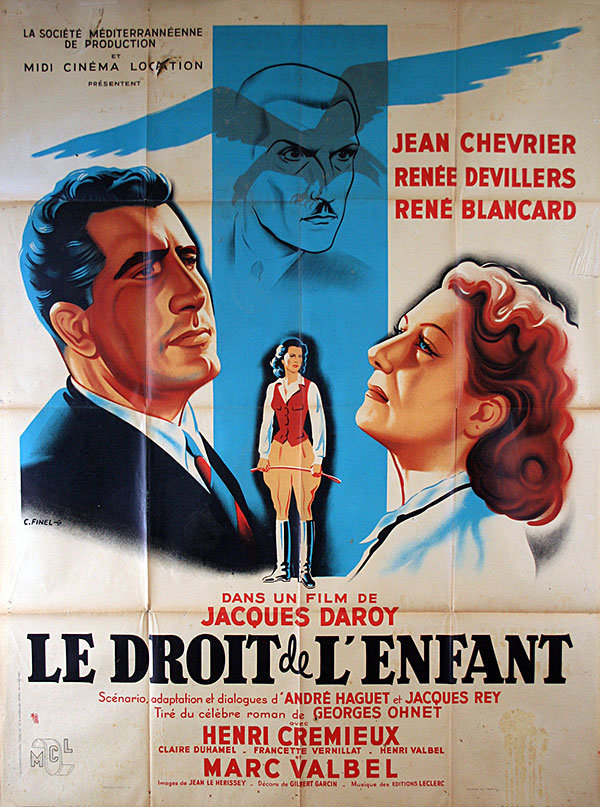 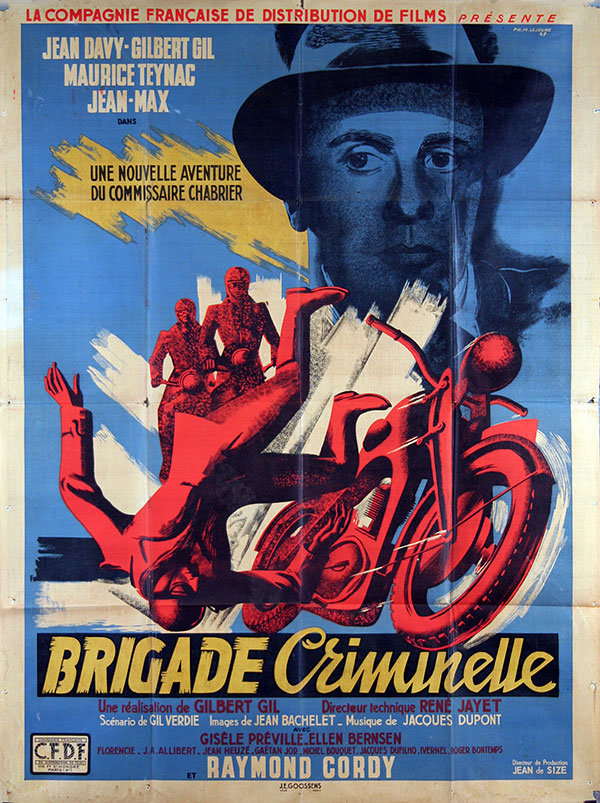 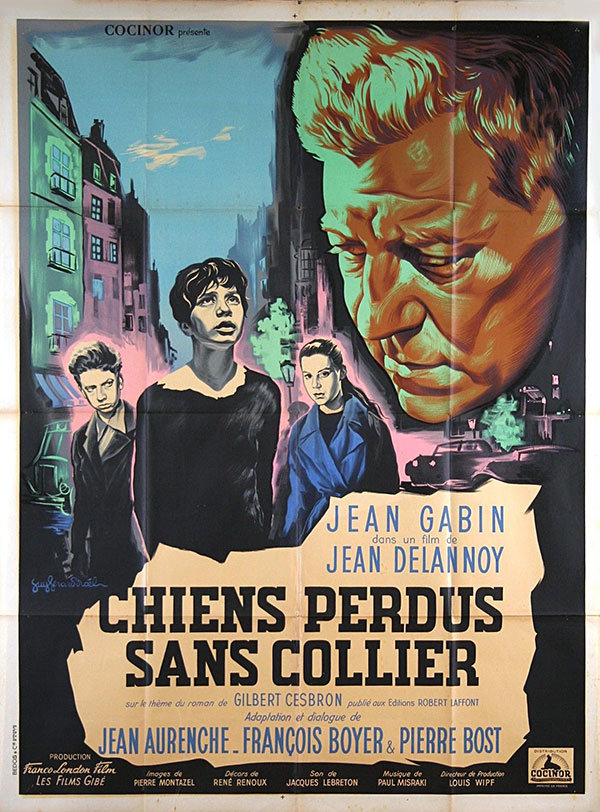 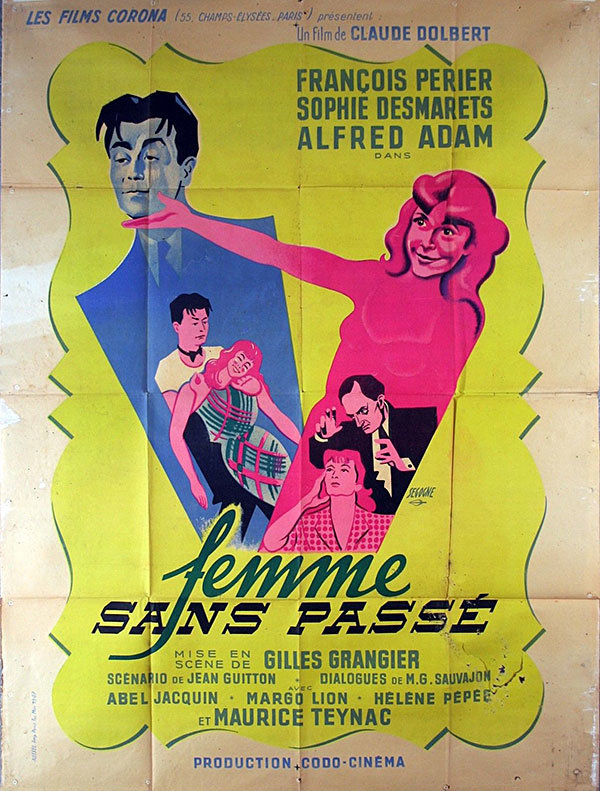 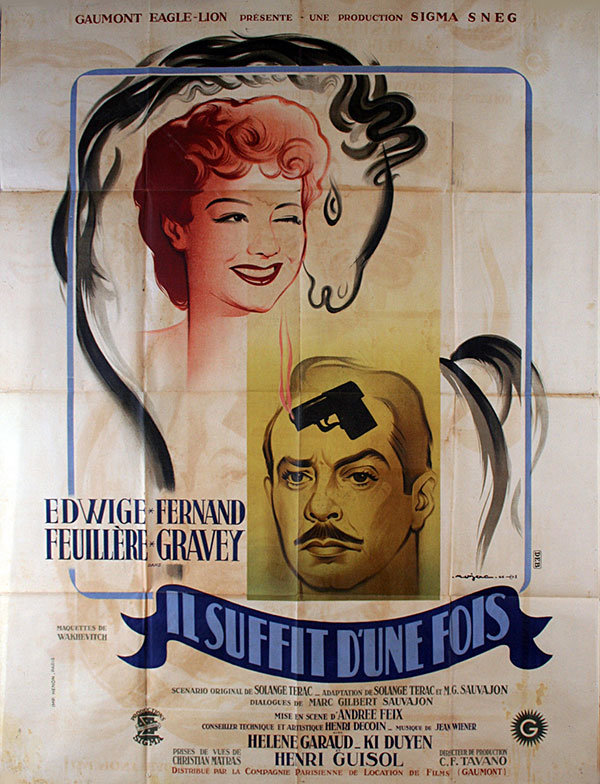 Above: Il suffit d’une fois aka Once is Enough (Andrée Feix, France, 1946). Poster by Roger Rojac. 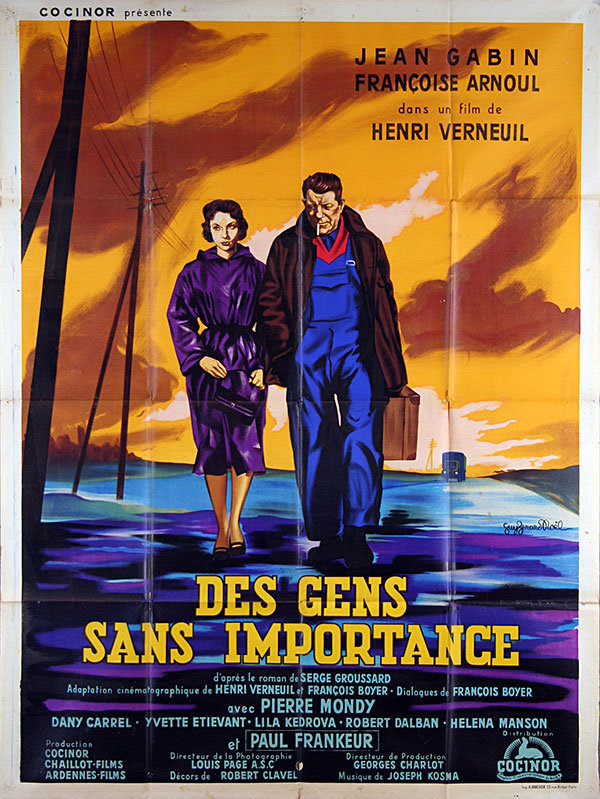 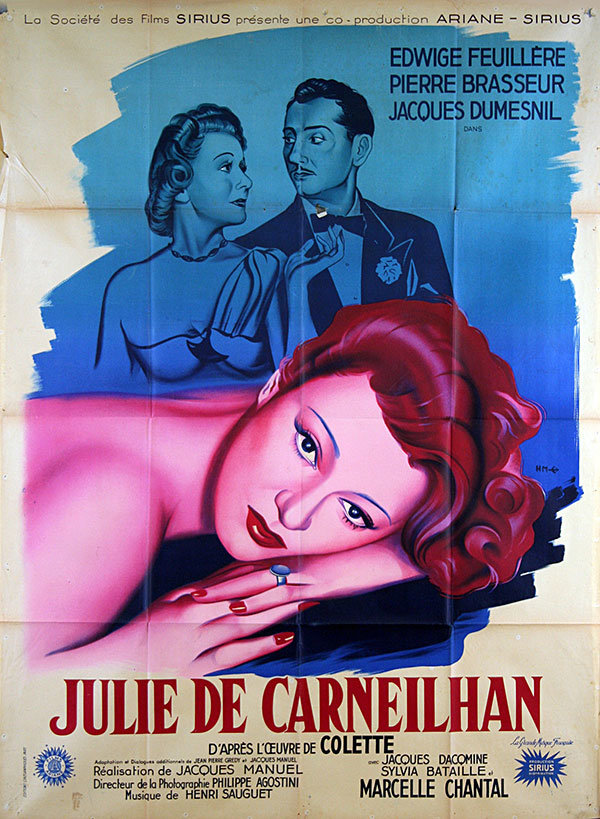 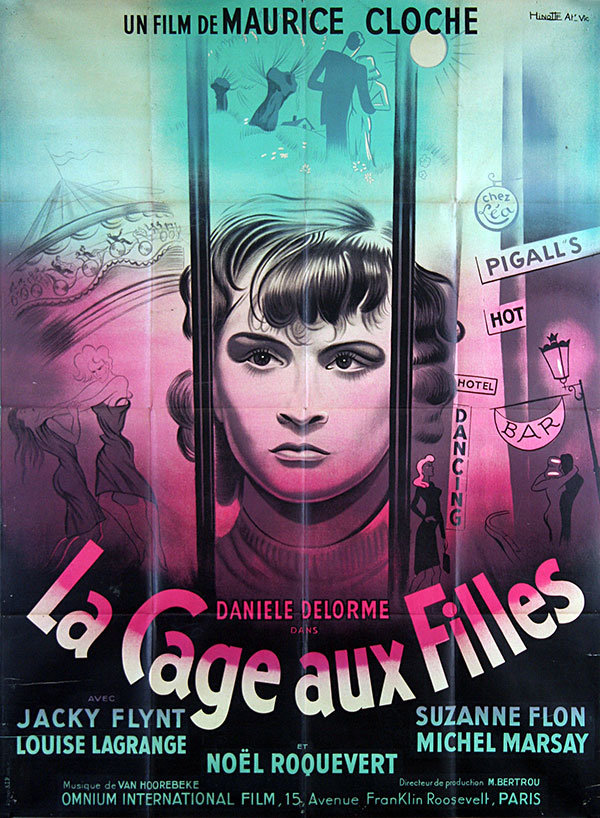 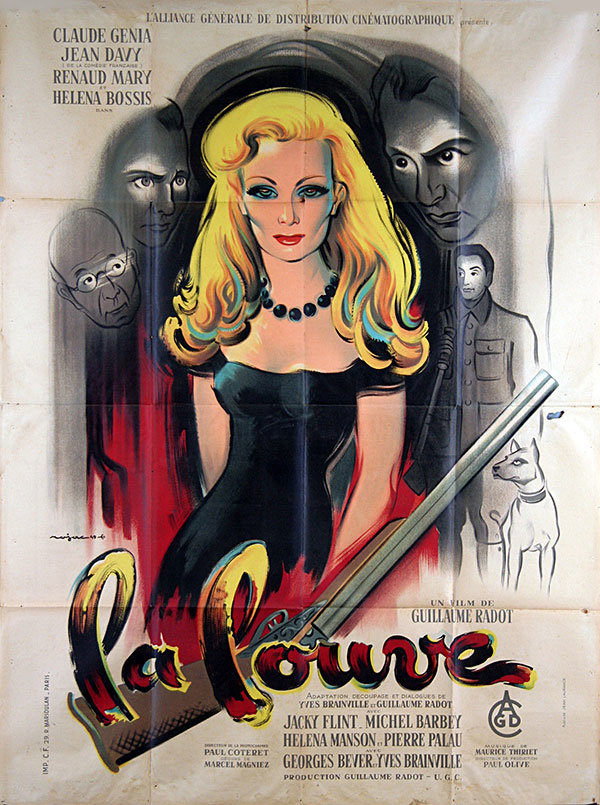 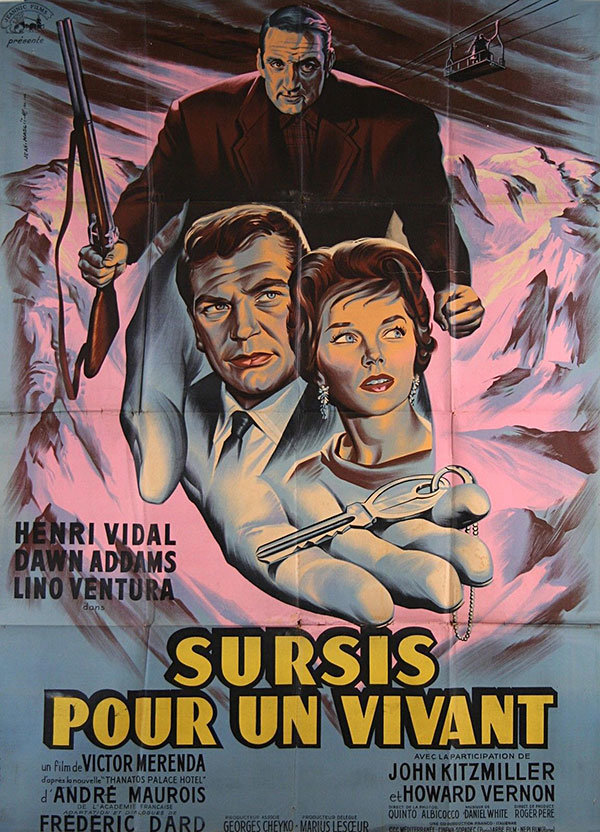 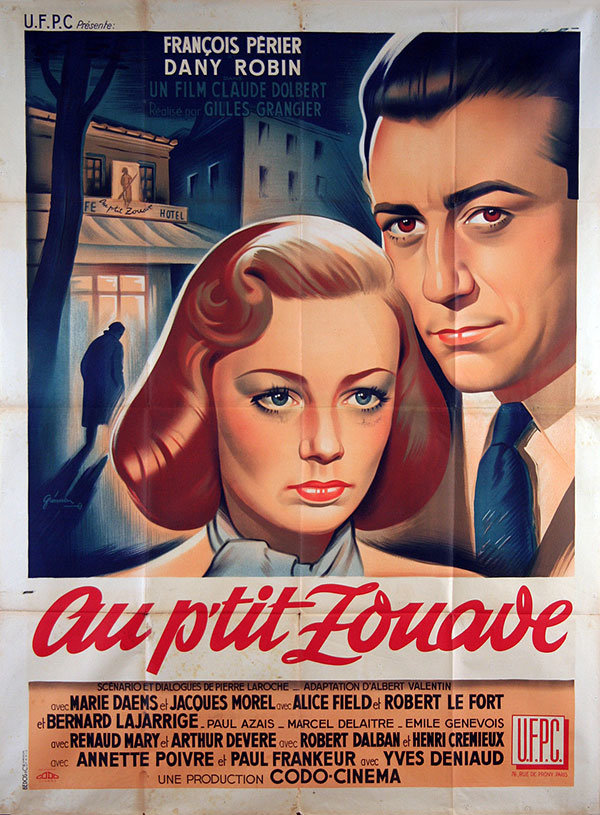 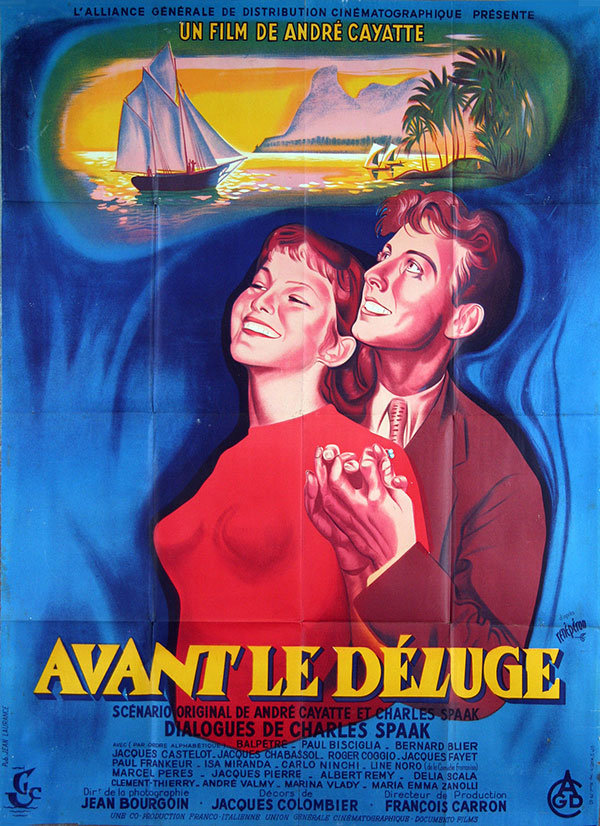 Above: Avant le déluge aka Before the Deluge (André Cayatte, France, 1954). Poster after René Péron.

You can see more of Dominque Besson’s eBay auction here and visit his website here.