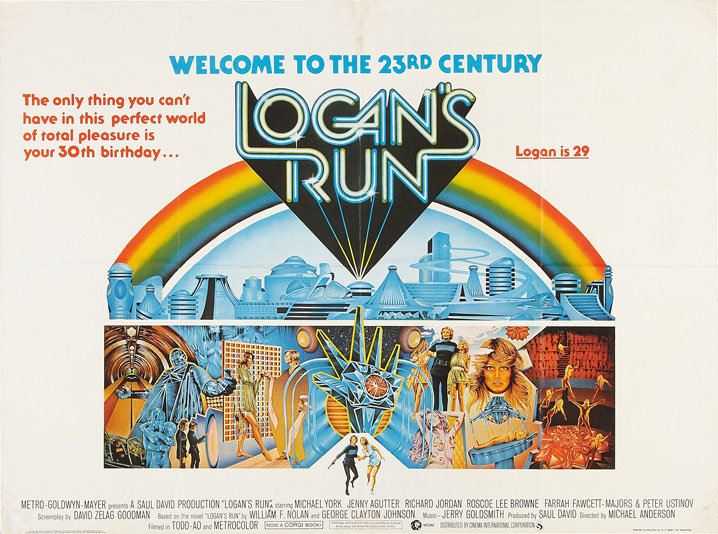 With all the recent talk of a Nicolas Winding Refn-Ryan Gosling remake (just yesterday the L.A. Times wrote “A Logan’s Run remake is like Mark Twain’s weather—everybody talks about one but nobody does anything about it”), I thought it was time to revisit the film that, at the age of 11, when I saw it in its initial British release, I thought was the greatest film ever made: a dystopic sci-fi masterpiece with a disturbing hook, stunning special effects (or so it then seemed, just a year before Star Wars) and a fleeting Jenny Agutter nude scene etched in the memory of every British schoolboy of the 1970s.*

Logan’s Run was directed by Michael Anderson, a British industry veteran who had helmed The Dam Busters in 1954 and who, at 91, is now the oldest living director to have been nominated for a Best Director Academy Award (for 1956’s Around the World in 80 Days). Because of its English stars—Michael York, Peter Ustinov and Agutter—I was always under the impression that it was a British film, but it was an MGM production, produced by American producer Saul David, that was filmed mostly in Dallas-Fort Worth and co-starred a pre-Charlie’s Angels Farrah Fawcett-Majors. Set in 2274, it takes place in an indoor megalopolis that resembles a Vegas Casino, where all work is done by robots and whose inhabitants enjoy unlimited hedonism. Unlimited that is until one turns 30, at which age everyone has to submit themselves to the Carrousel, an enforced euthanasia device in the guise of an Eyes Wide Shut-style bacchanal, an idea which had a very powerful hold on my 11-year-old mind. (Watch the trailer here).

The UK Quad poster above would be the one that I would have seen outside the Odeon Queen Street Cardiff back in 1976 and it uses the same artwork as the US poster below, but a different tagline. 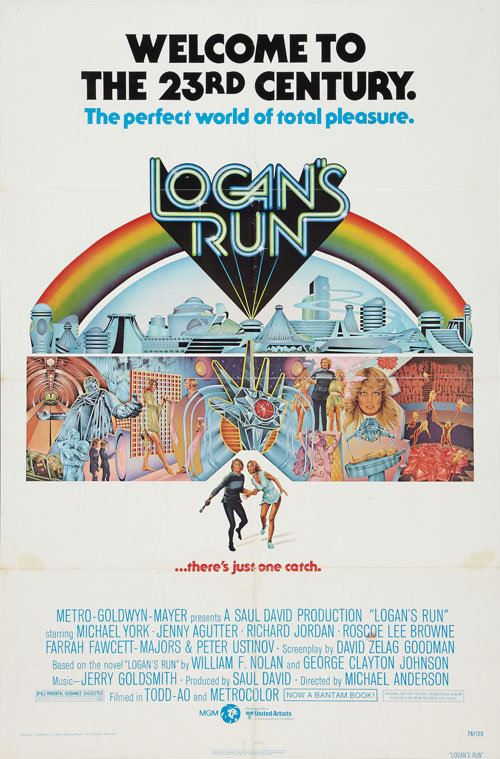 The illustration, and, I assume, that magnificent logo, was by one Charles Moll who also illustrated the poster for Bugsy Malone the same year as well as many sci-fi paperbacks. Moll signs his work with an art deco “MOLL” or “CM” but I know nothing about him beyond that and would welcome any more information. His artwork for Logan’s Run works much better in the vertical format, isolating and highlighting the fleeing Michael York and Jenny Agutter in a lower-third of white space and emphasizing the kicker of the tagline. But the real pleasures of the poster are in the details, as you can see below: 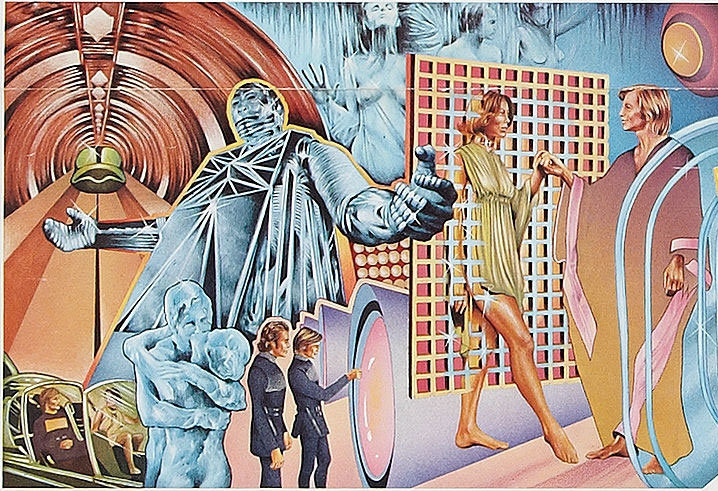 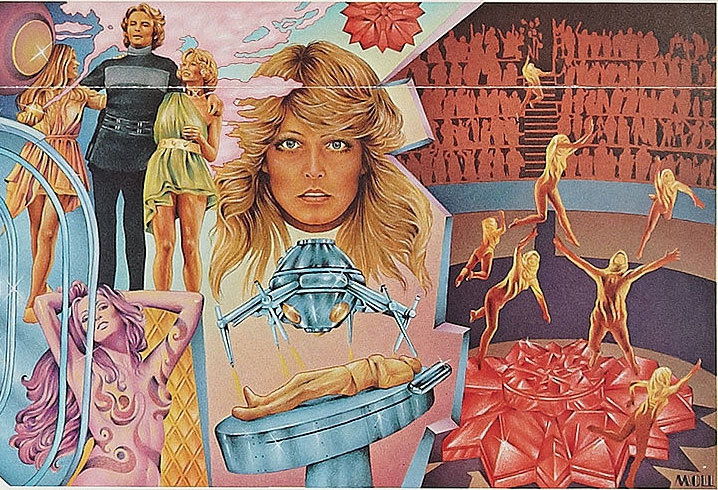 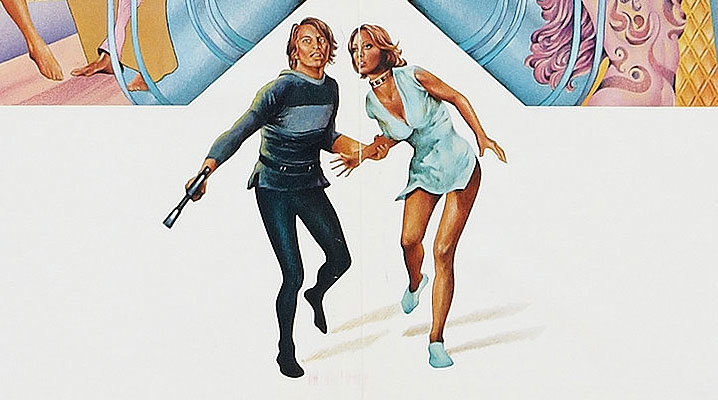 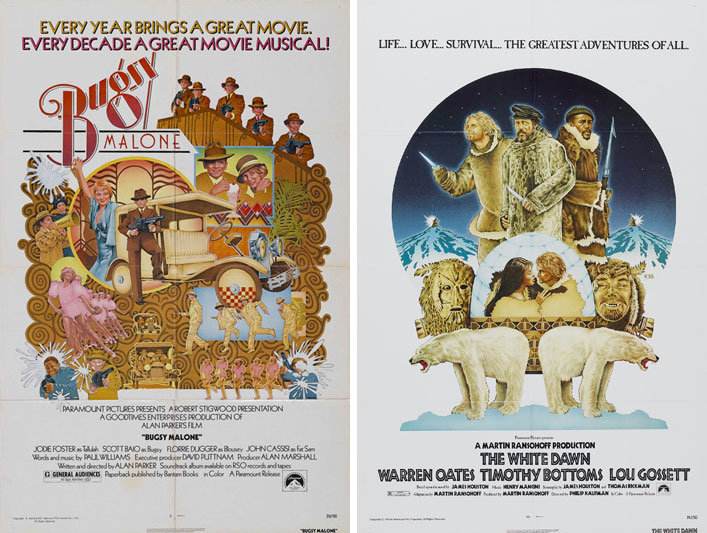 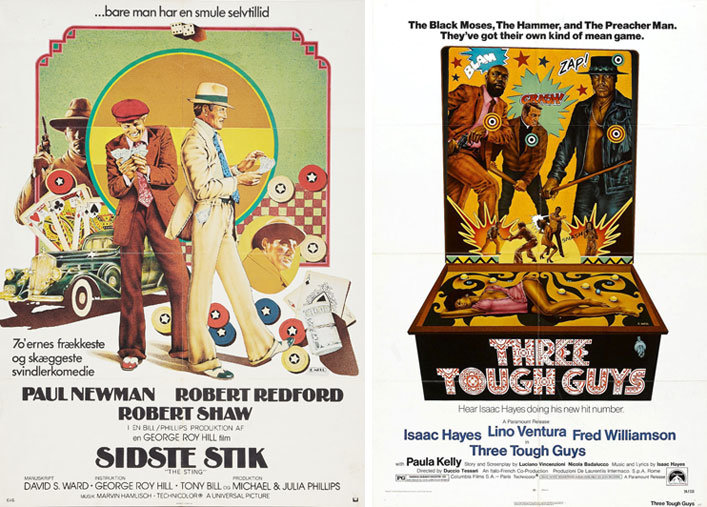 A couple of Moll’s book covers (many more of which are archived here) and more Logan’s Run esoterica after the jump: 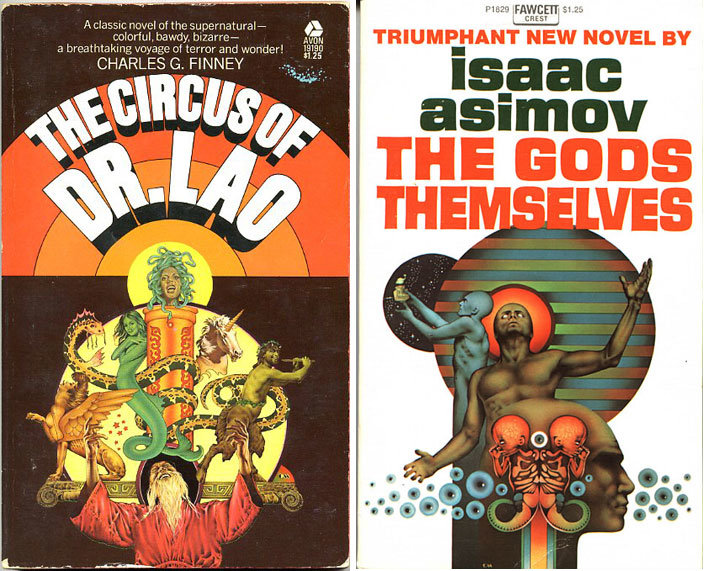 A teaser poster for the film with an early version of the logo: 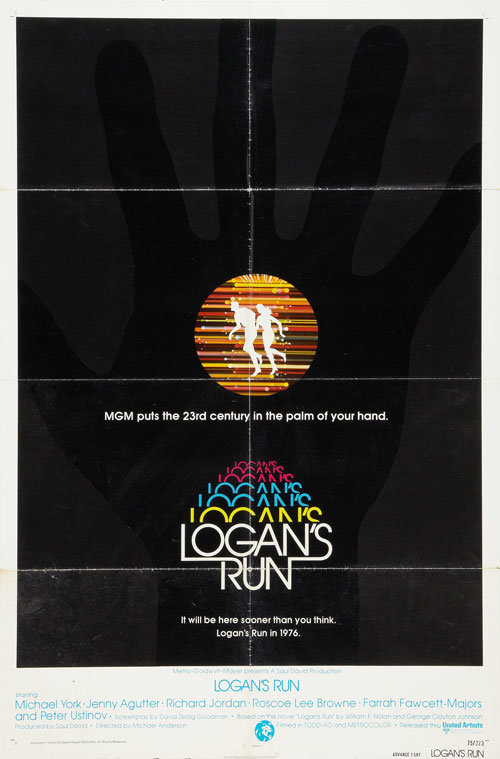 An alternative version of the poster of the t.m.i. (too much information) variety so common to the era: 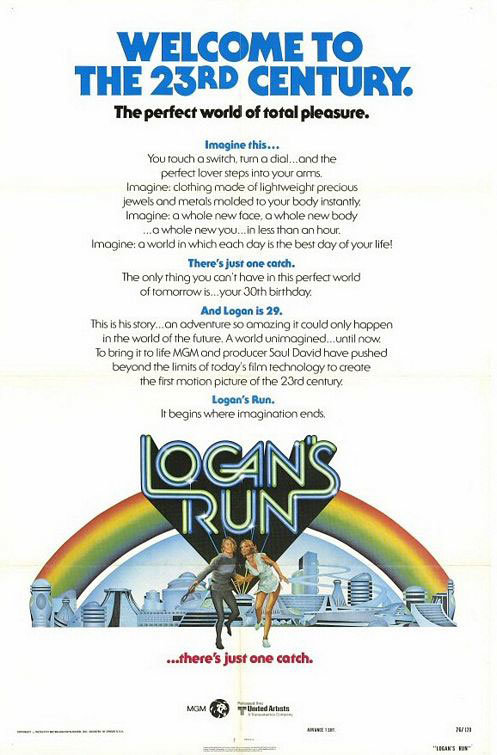 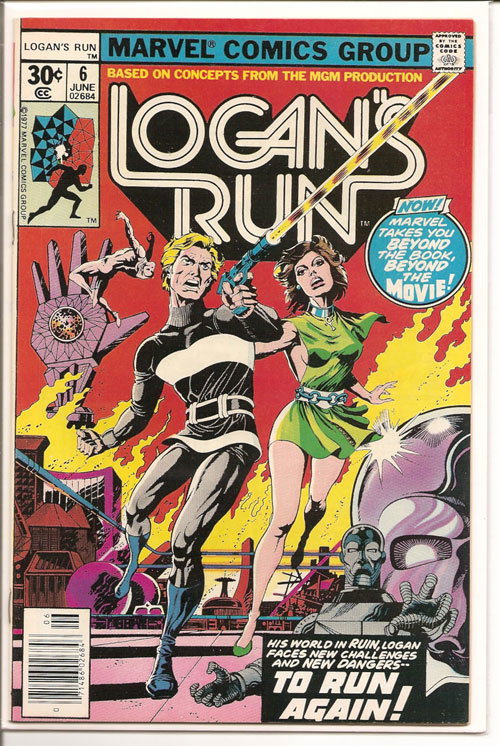 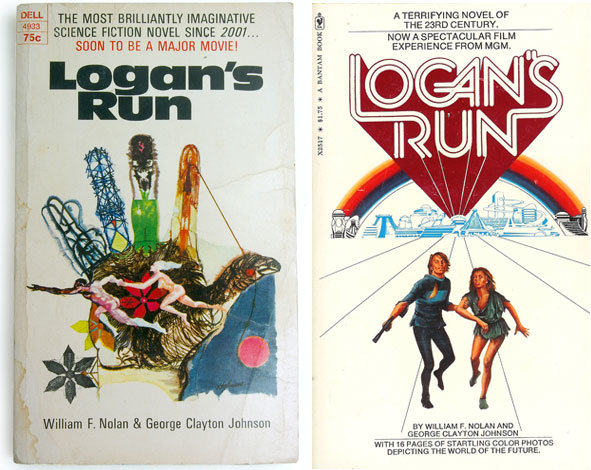 And last, but not least, a terrific 2008 fan poster by Belgian designer Tom Muller (with 3D modelling by his brothers Tim), the process for which he describes on his blog. 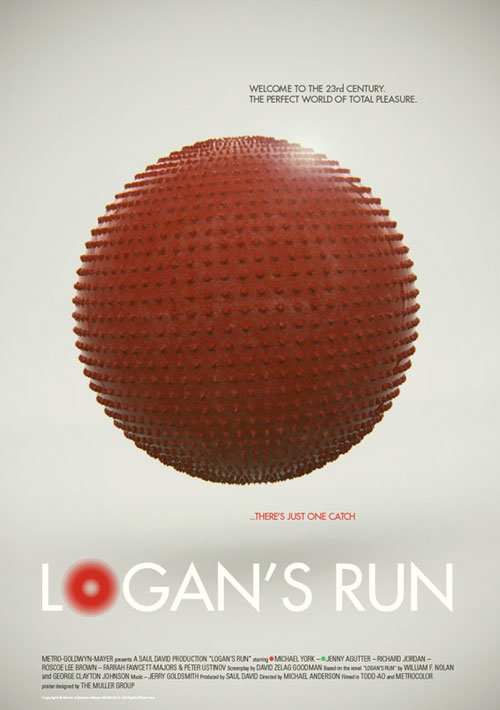 *Footnote: Logan’s Run must have been rated A in the UK, as opposed to the AA rating which existed throughout the 70s, which mandated that you had to be over 14 to see a film. The Quad poster, however, doesn’t display a rating, which seems unusual. If anyone knows when ratings on posters was enforced in the UK, please let me know.