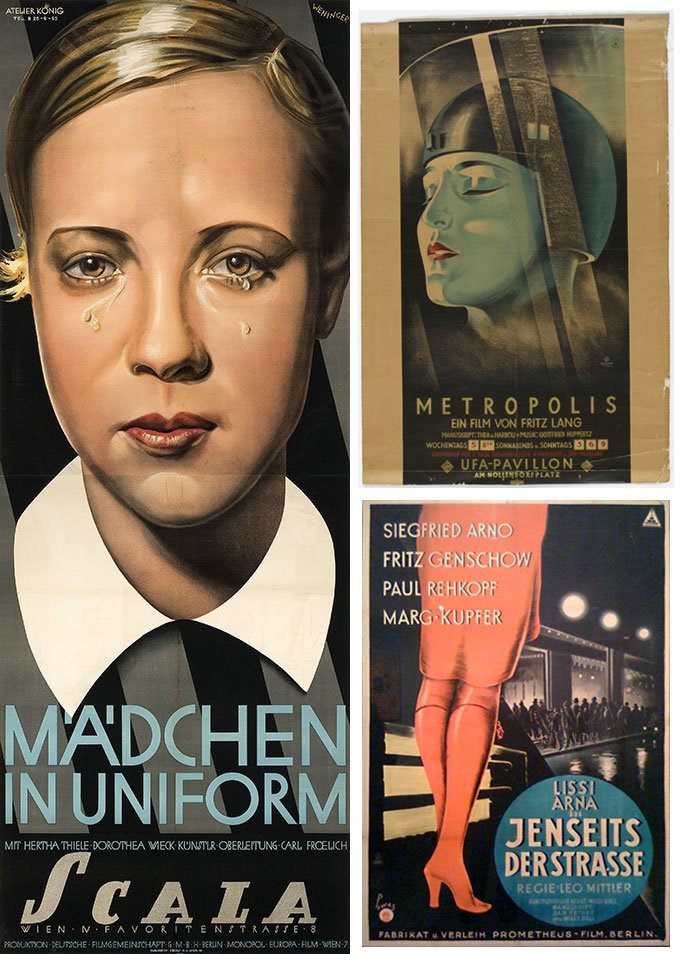 There is a terrific little movie poster exhibition on view right now at New York’s Museum of Modern Art, running in conjunction with the Film Department’s essential retrospective Weimar Cinema, 1919-1933: Daydreams and Nightmares. Curated by Ron Magliozzi, the exhibition “attests to the German film industry’s distinguished application of design and graphics to the promotion of the medium in the period.”

The highlight of the exhibition for me is this stunning 10 foot tall poster for Leontine Sagan’s 1931 Mädchen in Uniform, designed by Austrian artist Emmerich Weninger [1907-77], who is also known for a similarly skyscraper dimensioned poster for Greta Garbo in The Painted Veil. The exhibition has some familiar posters for Weimar classics like M, Berlin Symphony of a Great City, The Cabinet of Dr. Caligari, and The Last Laugh, but it's a blast to see the originals (the Metropolis alone must be worth a small fortune). And there are equal numbers for less well known films like the original Victor Victoria or Leo Mittler’s Jenseits der Straße, a.k.a. Harbor Drift (above).

Another stand-out is this unusually stark horizontal one sheet for the 1921 silent Hamlet—starring Danish actress Asta Nielsen as the prince, an identical copy of which recently sold at auction in Los Angeles for almost $4000. (The “Art-Film” on the poster was Nielsen's own production company, set up expressly to allow her to make this gender-busting film.) 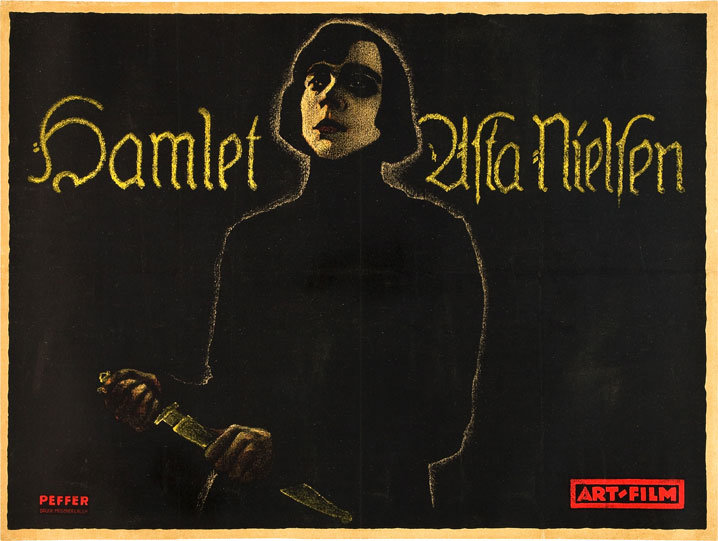 Back in 1999, MoMA held an exhibition of UFA Film Posters (both Weimar and Nazi era) and the catalogue (out of print but well worth hunting down) tells the background story of the poster for Murnau’s Faust (below) which is in the current exhibit as well. The poster (recently re-used as the cover of Masters of Cinema’s DVD edition) was the winning entry in a 1926 poster design competition. A contemporary report in the journal Reichsfilmblatt says that “the money prizes for the best designs were rather low, which is one reason why the majority of our great and best poster artists honored the event with their absence. The first prize was 2,000 marks...Poster designs that find favor in the eyes of large industrial enterprises often bring as much as 20,000 marks.” The winning poster, designed by engraver Karl Michel in the style of a medieval woodcut, is by far the least commercial, but the most striking, of all the designs featured in the book. Reichsfilmblatt continues: “at the moment one sees the poster–at least in Berlin—on almost all advertising pillars. To be quite frank, it is not to the taste of the masses.” 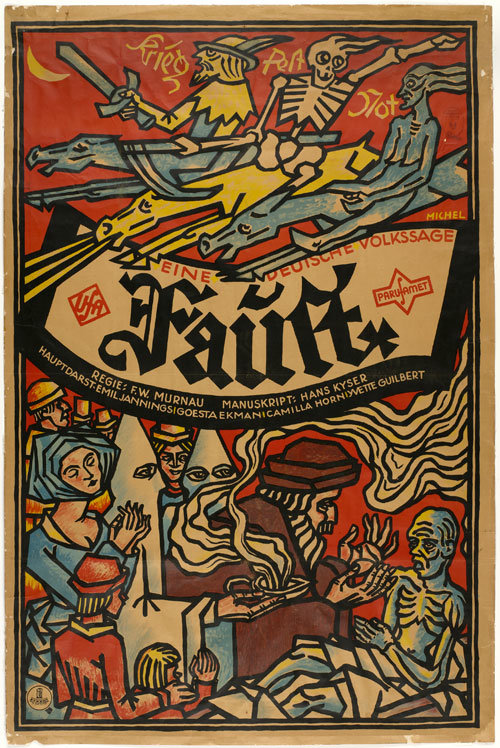 In addition to the posters, the exhibition includes some interesting ephemera, like this mid-20s studio brochure, below, promoting “The film directors of the UFA Syndicate” and a display case of UFA’s studio presentation books collected by the founding curator of MoMA’s Film Department Iris Barry on her “historic tour of Europe” in 1937. These elaborately hand-printed brochures for individual films were limited edition prestige publications circulated to a select group of exhibitors, executives and writers. 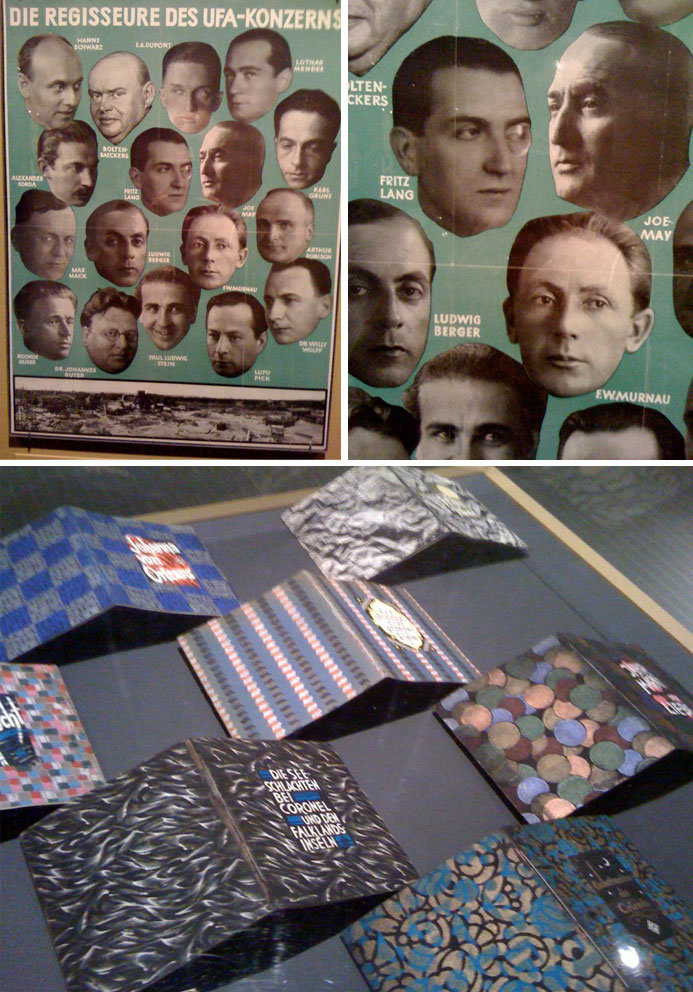 Movie Poster of the Week
1
Please login to add a new comment.