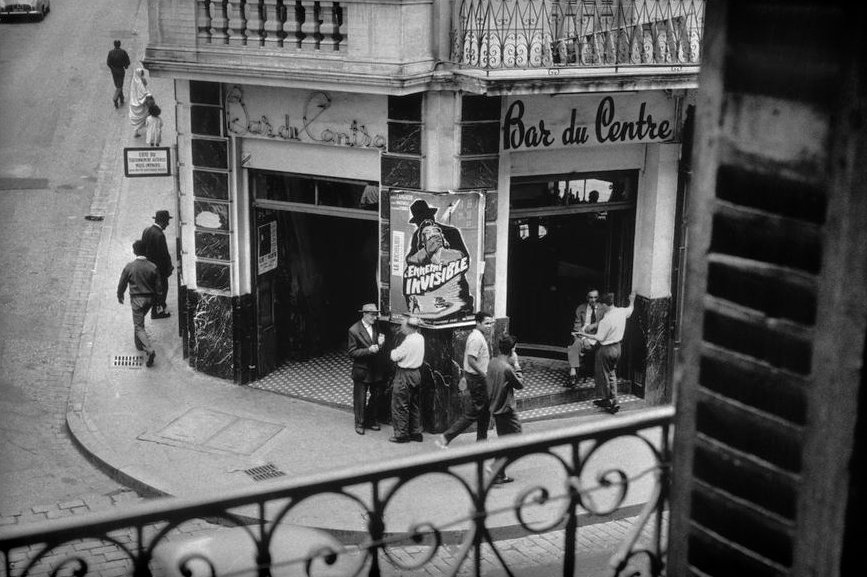 I recently came across this image (on the lovely black and white photography Tumblr Green Eyes 55) and was of course struck by the element at its center. The 1961 photograph is of a street corner bar in Algeria, taken by the great French documentarian Raymond Depardon, but its focal point is a French movie poster for a 1956 British espionage thriller, Passport to Treason. 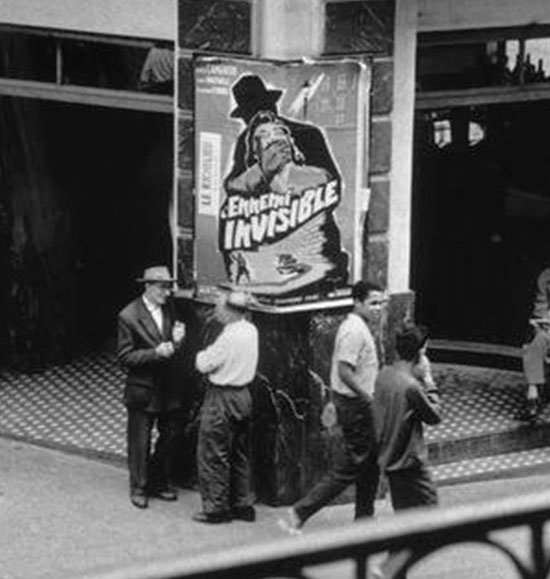 The poster is striking even from a distance so, once I tracked it down, it wasn’t a surprise to find out that it is by the great French poster artist Constantin Belinsky (1904-1999). The prolific and talented Belinsky was always capable of turning the dreariest of B-movies (which, from the little I’ve been able to read about it, Passport to Treason seems to have been, despite the participation of future Miss Moneypenny, Lois Maxwell) into something luridly spectacular and eye-grabbing, and the thought of these colors on that Algerian street corner give Depardon’s scene, and what he saw, a whole new perspective.

The French title of the film translates as The Invisible Enemy, and Depardon, who would have been only 19 at the time and at the outset of his career as a photojournalist (he is now one France’s preeminent documentary filmmakers), took this photo during the final year of the Algerian War. Algeria had been fighting for independence from France since 1954 (as documented in Gillo Pontercorvo’s 1966 masterpiece The Battle of Algiers) and in early 1961, the year of this picture, President De Gaulle had agreed to give up Algeria as a French territory after a referendum in France showed huge support for independence. A second photo by Depardon taking from the same window shows soldiers, probably French, standing on the other side of the street. A not so invisible enemy. 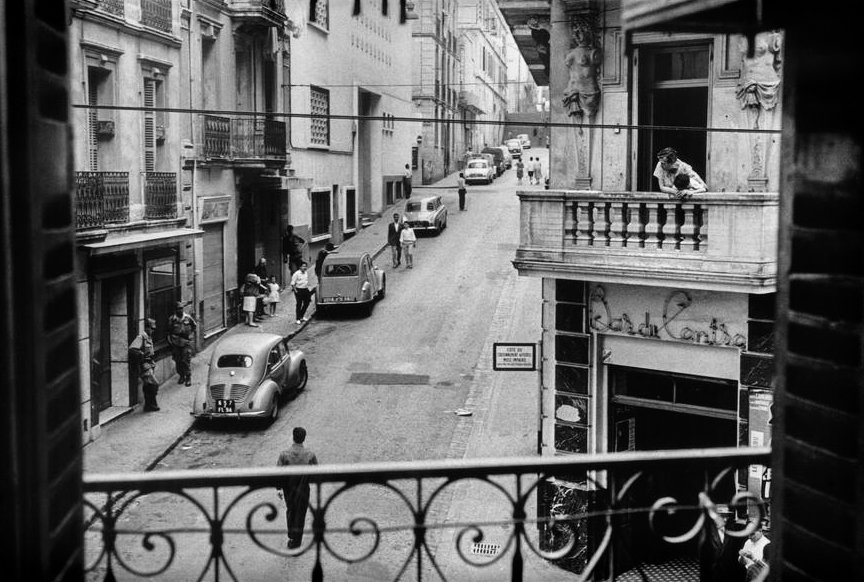 Belinsky’s images all have an air of paranoia and terror that would have been more than familiar to the people on that street, despite how carefree (and oblivious to the startling graphic in their midst) they seem in Depardon’s photograph. 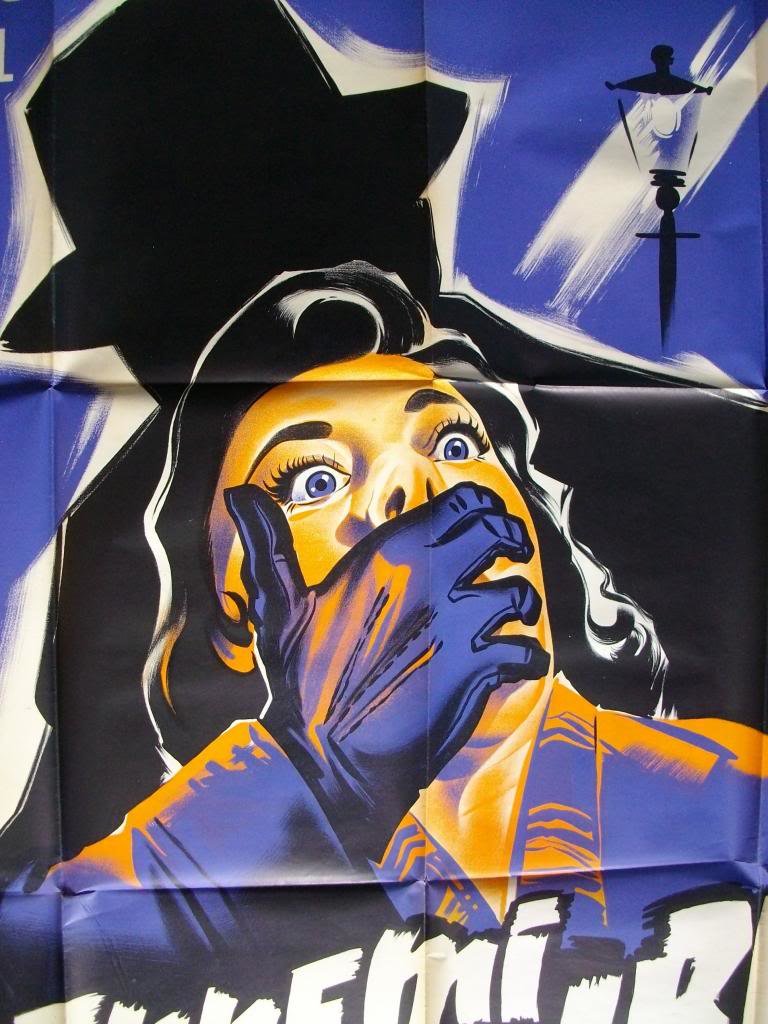 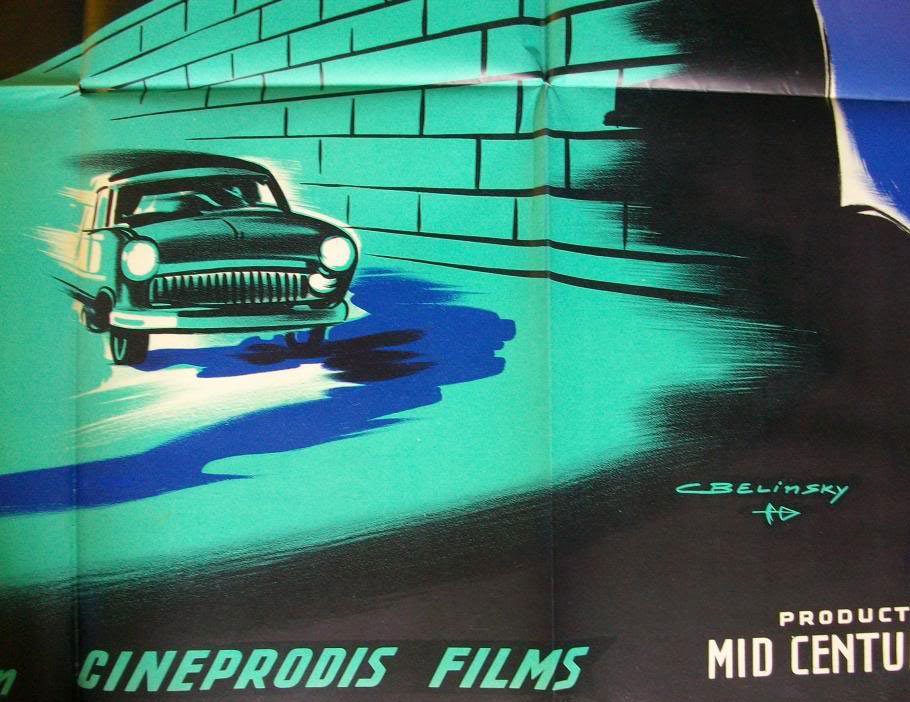 The poster images are all courtesy of EBay, where the poster is, at time of publishing, still available to purchase.﻿ As for Belinsky, who is a topic for future posts, and whom I have featured a number of times on Movie Poster of the Day, I also recently came across this, which I had hoped was one of a set of trading cards of movie poster designers (in my dreams) though in actual fact it is part of a long-running French series of movie flash cards called Les Fiches de Monsieur Cinema. 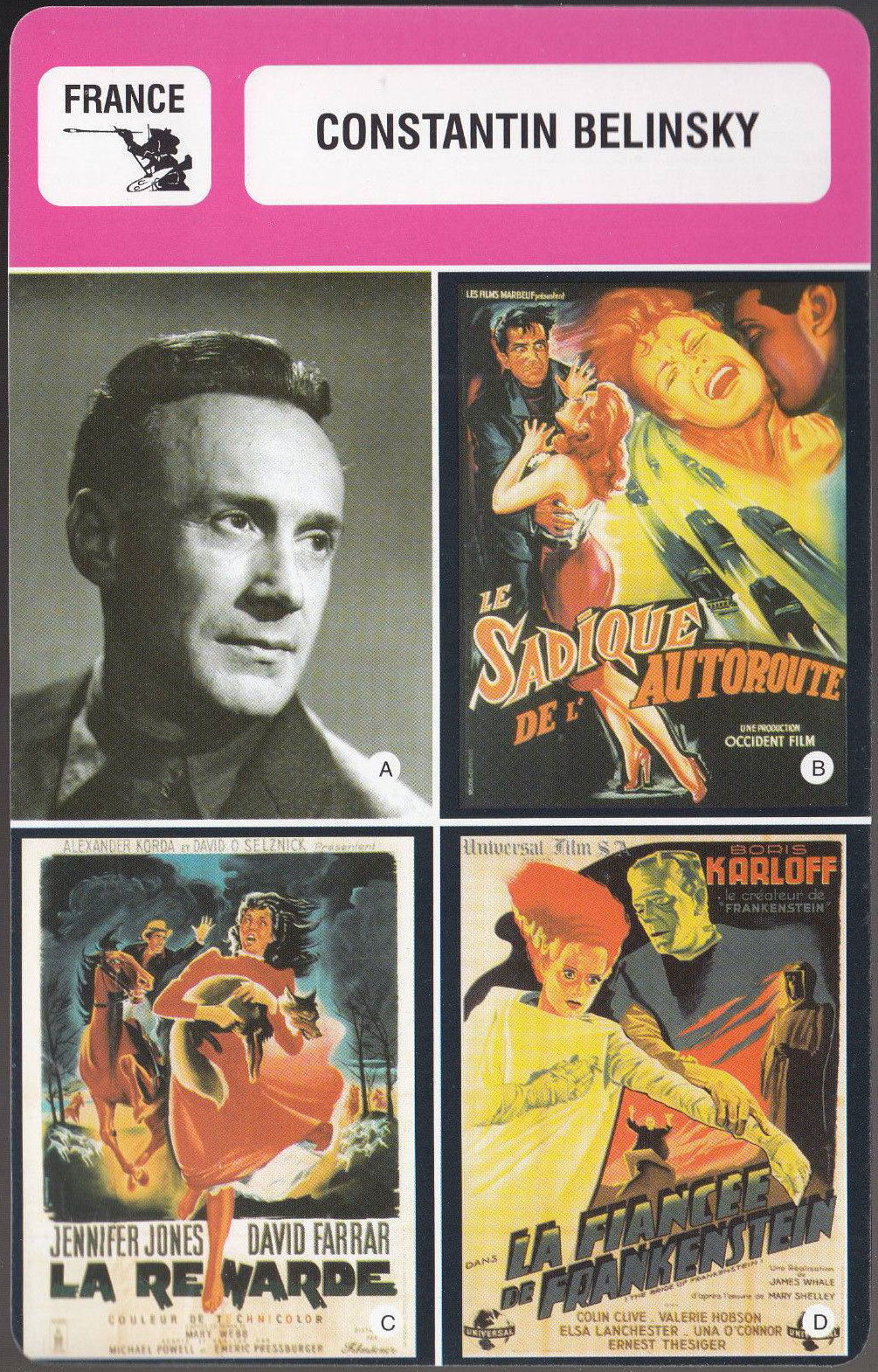 Many thanks to the unofficial Constantin Belinsky Facebook page for unearthing this gem.