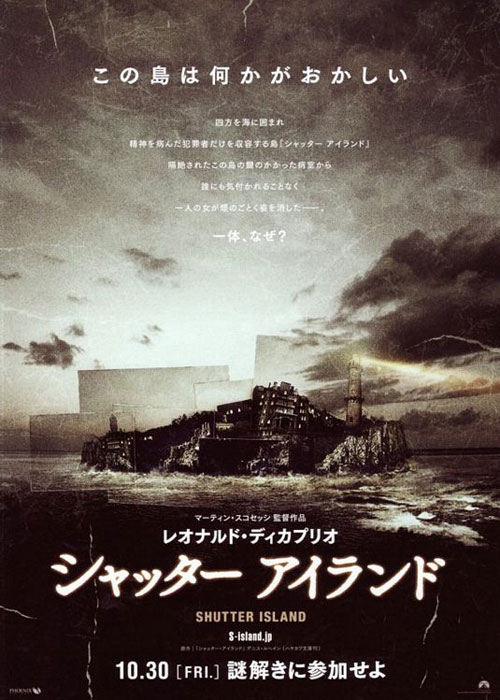 The stark and gorgeous Japanese poster for Martin Scorsese’s long-awaited Shutter Island eschews the one thing that has dominated the posters for the last four Scorsese features, and that’s the looming noggin of Leonardo DiCaprio. In anticipation of that film I thought I'd gather together some other foreign Scorsese posters, with the help of our friends at Posteritati.

Last year I wrote about Peter Strausfield’s superb woodcut designs for the Academy Cinema in London, but the holy grail for Strausfield collectors is his Mean Streets poster, one of which sold at Christie’s in 2006 for $11,400.

Mean Streets seems to have inspired more different designs than any of Scorsese’s films. Below we have two Italian and two Spanish-language posters (one Argentinian, not sure of the provenance of the one on the far right). Then one Czech and two Japanese Raging Bull posters, and three Polish posters: for Taxi Driver, New York, New York and an especially striking, and typically surreal, design for After Hours.

Movie Poster of the WeekScorsese
4
Please login to add a new comment.