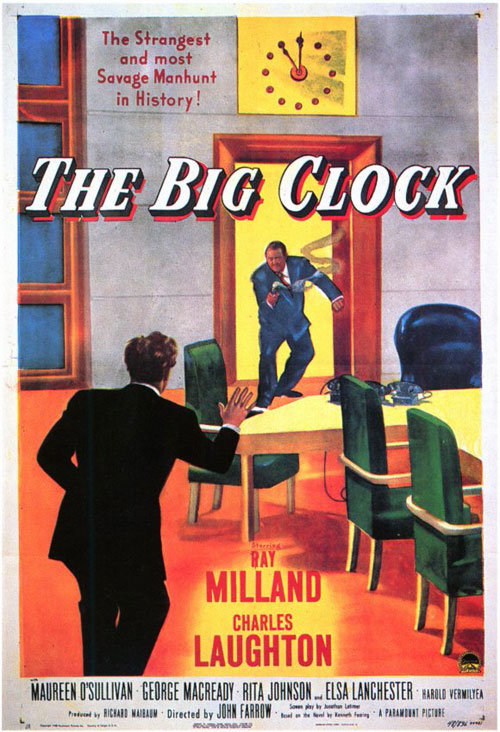 At 1:15pm last Friday I abandoned a prime piece of New York real estate. Christian Marclay’s 24-hour installation The Clock had been running for the previous four weeks at the Paula Cooper Gallery in Chelsea and on Thursday art critic Jerry Saltz had written in New York Magazine’s Vulture about “The Best Movie You Can See in New York (for Two More Days)”, calling it “My nominee for Best Picture of the year — maybe the best picture ever.” After that all bets were off. I arrived at 9:30am on Friday morning for the 10am opening and by the time I’d queued for 40 minutes there were no seats left inside the theater/gallery (the seating was a grid of black Ikea couches) and I had to sit up front on the floor. But within an hour I’d snagged a prime position on the front couch and I ended up watching three hours of Marclay’s magnum opus. When I left and saw the line snaking down 21st Street and around the corner (one person enters only when another leaves) I realized I’d just given up one of the hottest seats in the city. When a friend snuck out to the gallery at 4am that night he still had to stand in line for an hour to get in. And another friend queued for three and a half hours in cold winds on the morning of the final day.

The Clock is a video compilation of thousands of deftly edited film clips, each of which (or most of them) contain a shot of a clock, or a watch, or somebody mentioning the time. The genius (or the gimmick) of The Clock is that every clip is timed to the actual time at which you’re watching it. When it’s 10:17am on the screen, it’s 10:17am outside and there is no need to ever check your watch. The range of clips is remarkable: from 1927’s Metropolis to last year’s Father of My Children, and in the three hours I watched I feel as if I saw nearly every major Hollywood actor (and those I didn’t I’m sure appear in the other 21 hours). The film is endlessly diverting and I’d like to write more about it elsewhere, but for Movie Poster of the Week I thought I’d do my own hommage to Marclay, finding posters in which clocks appear. Basically just an excuse to show some obscure, and some not so obscure, posters with a common theme.