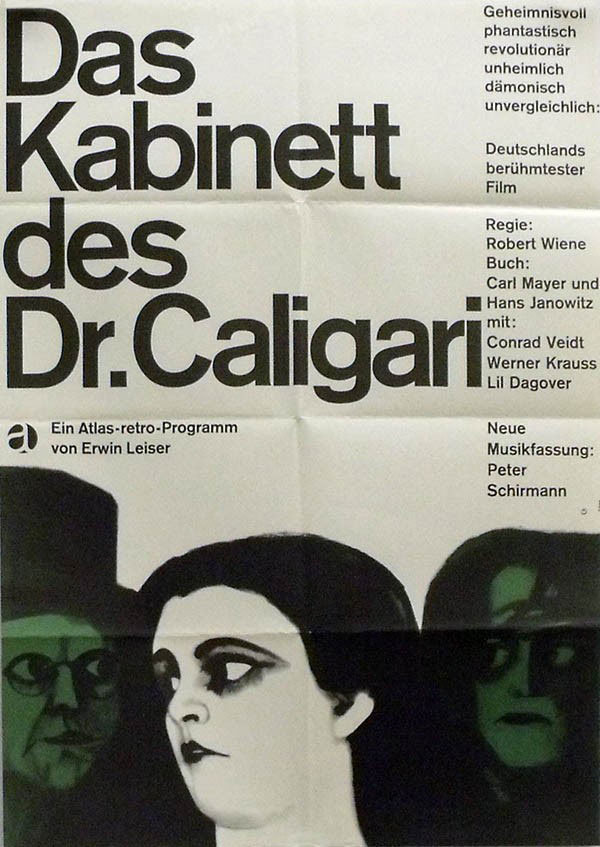 I’ve written a lot about the German designer Hans Hillmann in these pages and elsewhere, and the current exhibition running through September 27 at the Kemistry Gallery is a must-see if you’re in London (there are some great images of the exhibit here if you’re not), but I only recently came across the work of a peer and compatriot of Hillmann’s, Karl Oskar Blase. Born the same year as Hillmann, on March 24, 1925, and now in his late 80s, Blase was, like Hillmann, a professor at the Kunsthochschule Kassel. Art director of the German design magazine Form, Blase designed every cover of the magazine from 1957 to 1968. He is also renowned as a designer of stamps.

Throughout the 1960s Blase also designed film posters for the revival house Atlas Films (as did Hillmann). His posters are mostly a mixture of pencil or watercolor sketches and clean, sans serif type, combined most beautifully and dramatically in his Caligari poster. Though he rarely used photographs,  I love his incorporation of blurred film stills in his posters for Mon oncle, The Last Laugh and Black Orpheus.﻿ He was fond of black and white (though that may have been an economic imperative at Atlas) with bursts of red and green, although the only post-1960s ﻿poster of his that I have found was his psychedelic blast of color for 1988’s Candy Mountain. 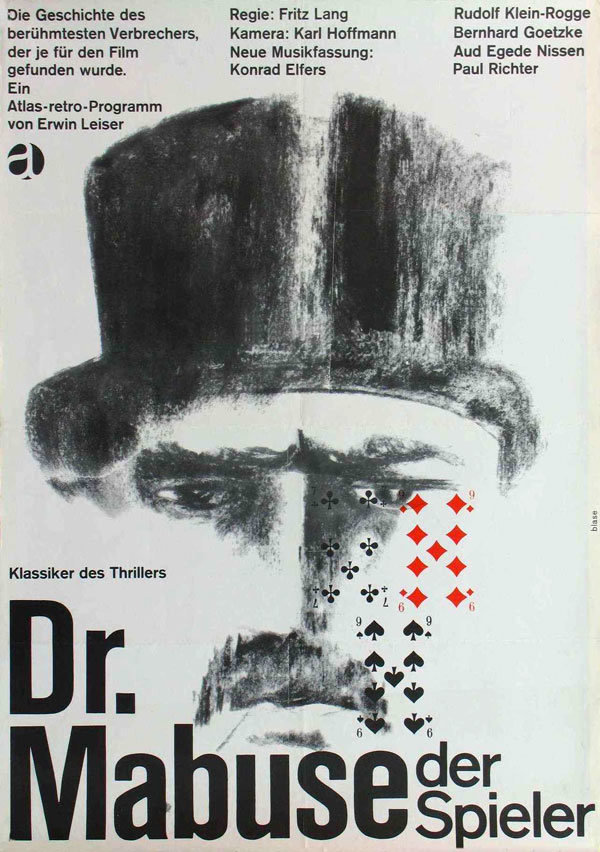 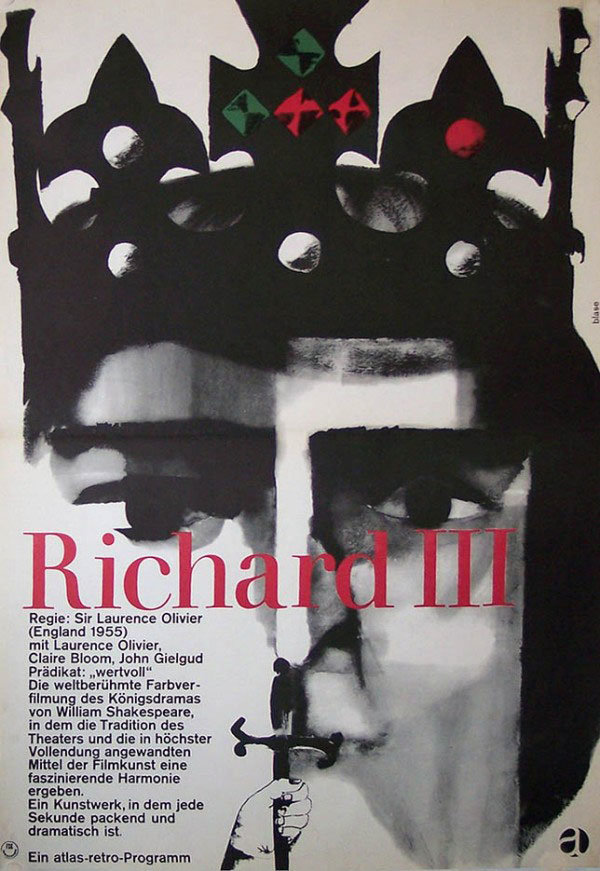 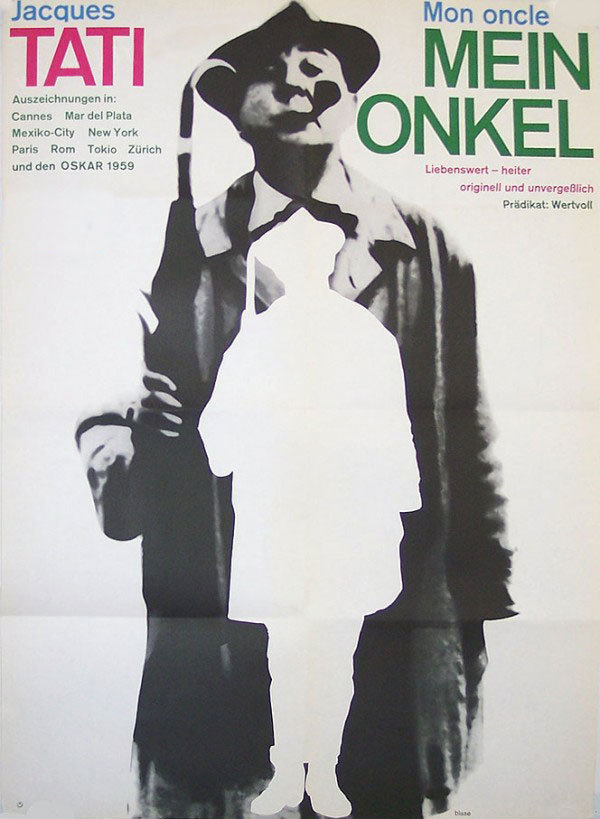 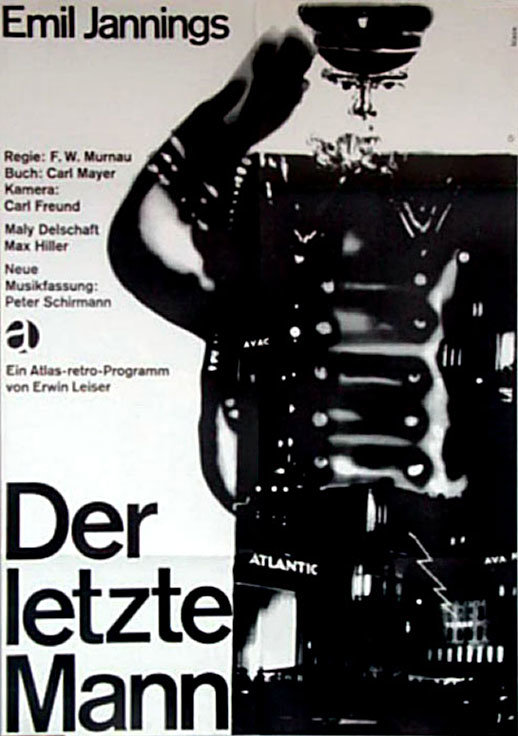 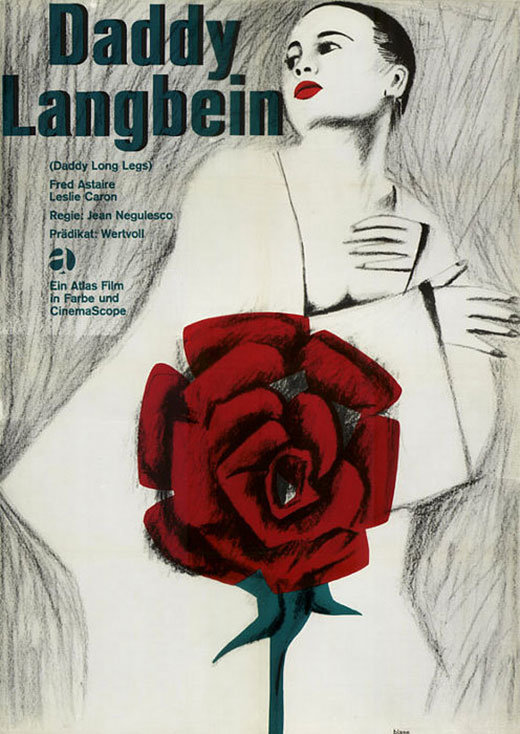 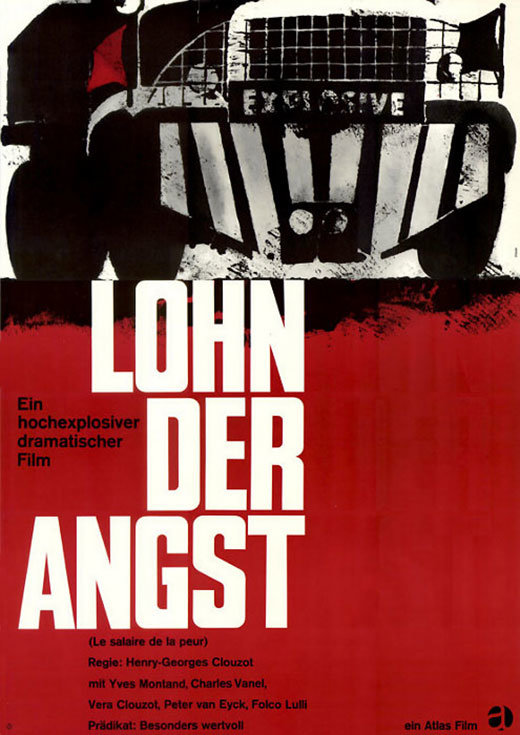 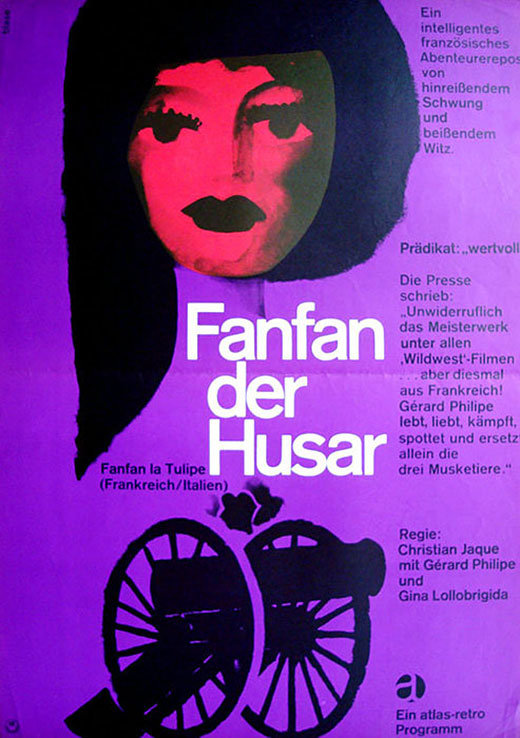 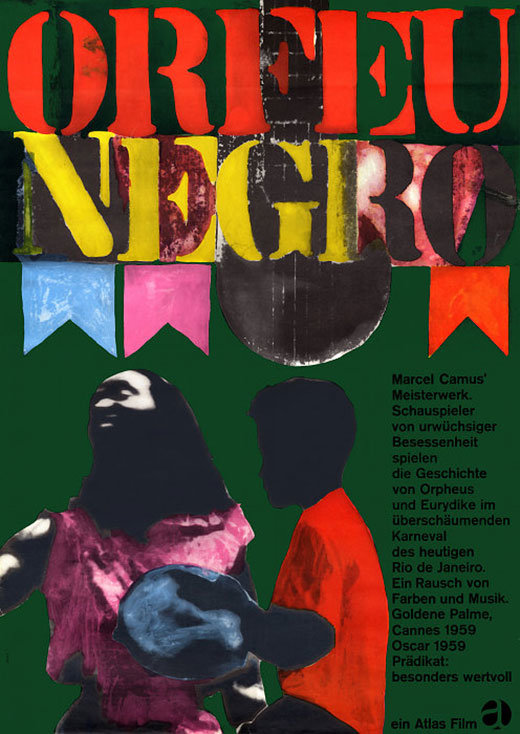 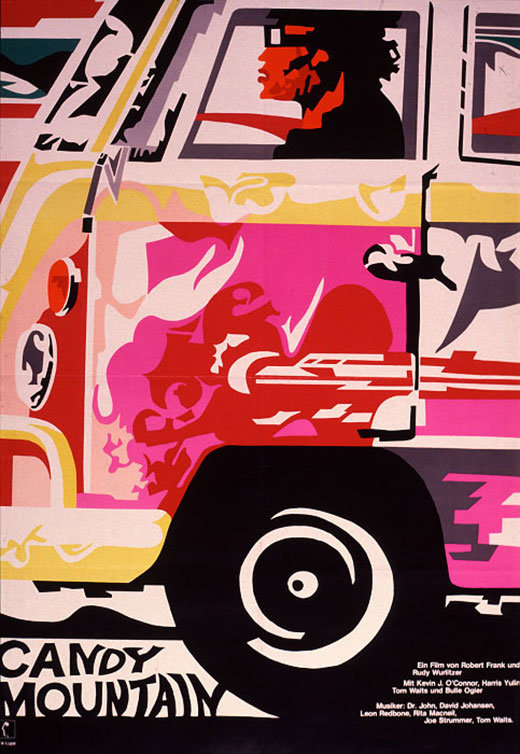 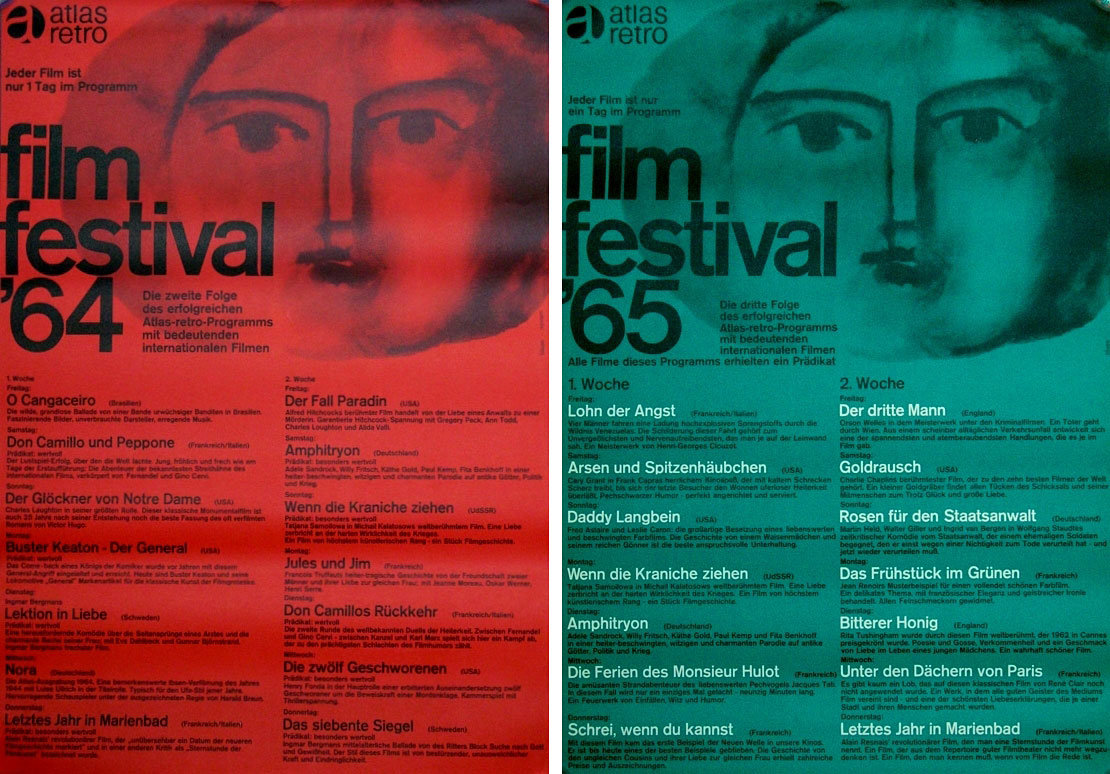