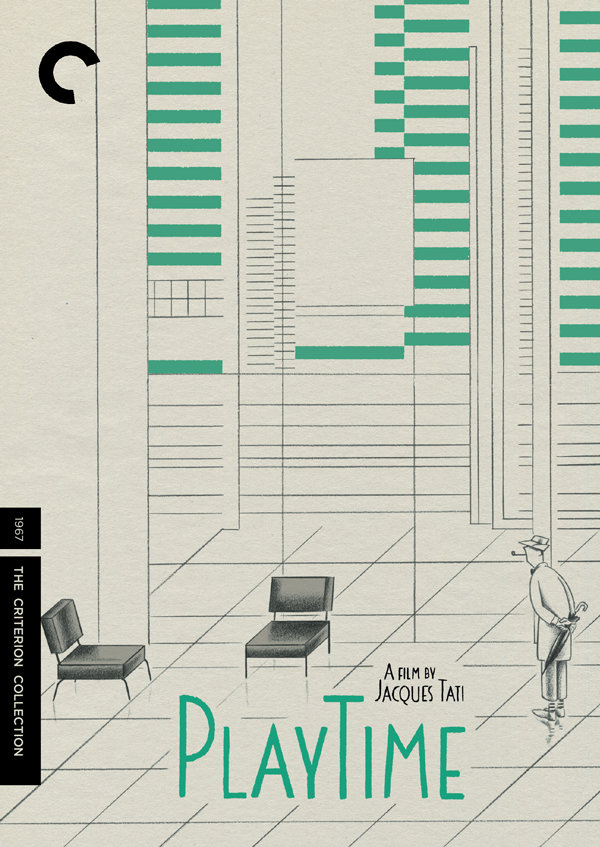 OK, so they’re not movie posters, but I’m making an exception for these marvels. The Criterion Collection has fostered many rewarding pairings of illustrators and filmmakers over the years—I’m thinking especially of Adrian Tomine’s Ozus and Daniel Clowes’ Sam Fullers—but the union of David Merveille and Jacques Tati was a match made in heaven long before Criterion commissioned this series of covers for their new box set.

Merveille is a Belgian children’s book illustrator who has been drawing Tati, or rather Monsieur Hulot, for years. In 2006 he published a wordless book of Hulot-inspired scenarios, Le Jacquot de Monsieur Hulot, which was followed by Hello Monsieur Hulot﻿ in 2010 and Monsieur Hulot s'expose ﻿in 2012. In the preface to the US edition of Hello Mr Hulot, published last year, he writes that “It was in the year 2004 that I caught Hulot-fever. I had a drawing of Monsieur Hulot in one of my illustrations. The many responses I received about it proved that the attraction of this ingenious bumbling character is highly contagious.... Translating Tati’s films into the genre of the picture book seemed very logical to me. I could actually silhouette the behavior and gestures of Monsieur Hulot. It’s ideal for a paper copy. The great film posters from Pierre Etaix demonstrated this.”

Merveille’s illustrations for the Criterion set are wonderfully minimal: charcoal illustrations of Tati on what looks like beige charcoal paper, with Tati’s environment rendered as a collection of semi-abstract lines and shapes. It is these elements which employ his judiciously spare use of bright pops of color (his books are much more story-book colorful): the horizontal green architectural bars of Playtime, the red garden hose squiggle of Mon Oncle, the orange circus tent stripes of Parade, the blue reflection of Hulot’s swimsuit in Monsieur Hulot’s Holiday and the multi-colored mid-century modern swivel chair cushions on the box set cover. The result, complete with booklet illustrations, is one of the most beautiful box sets I’ve seen since this Japanese edition of Shimizu films in 2008. 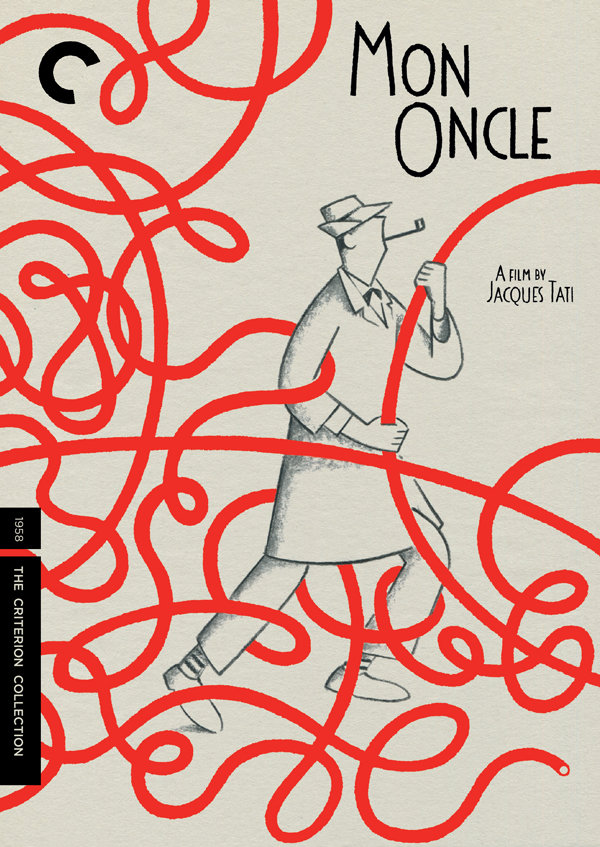 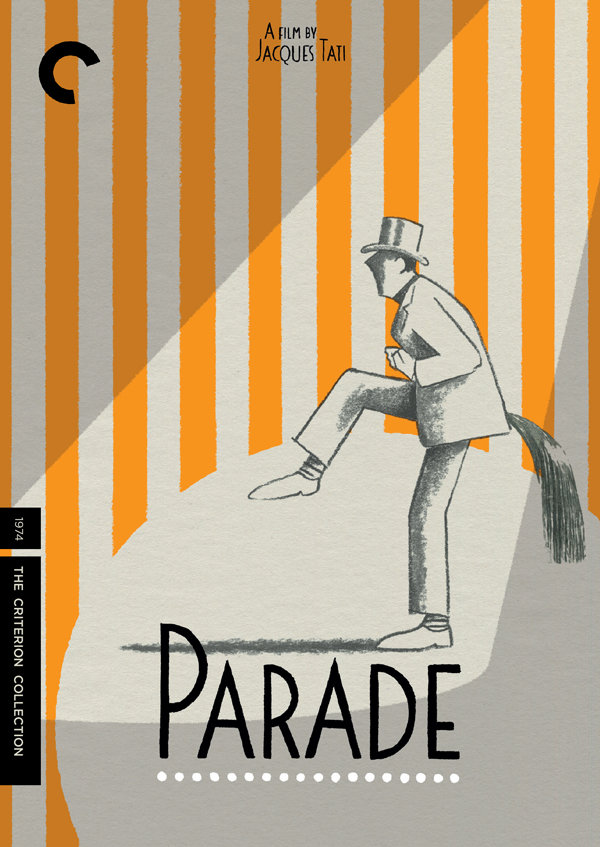 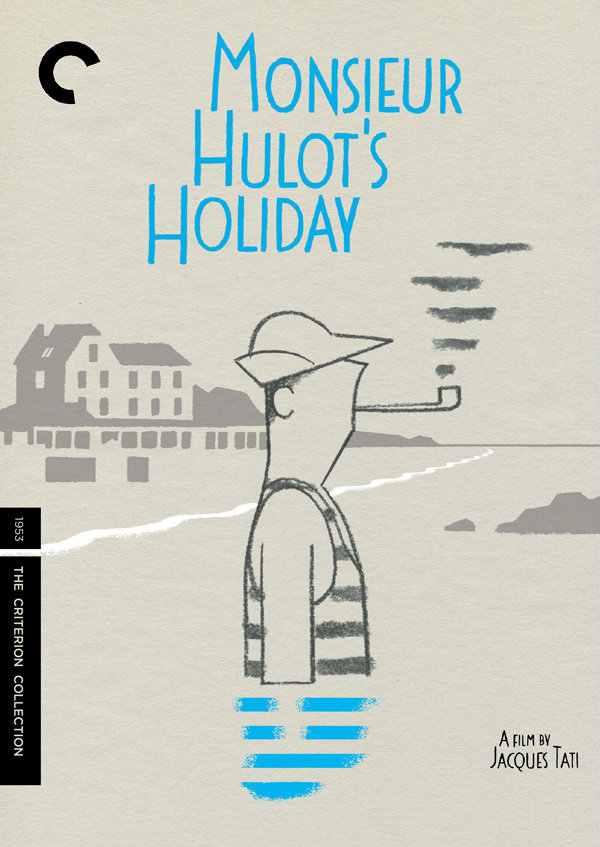 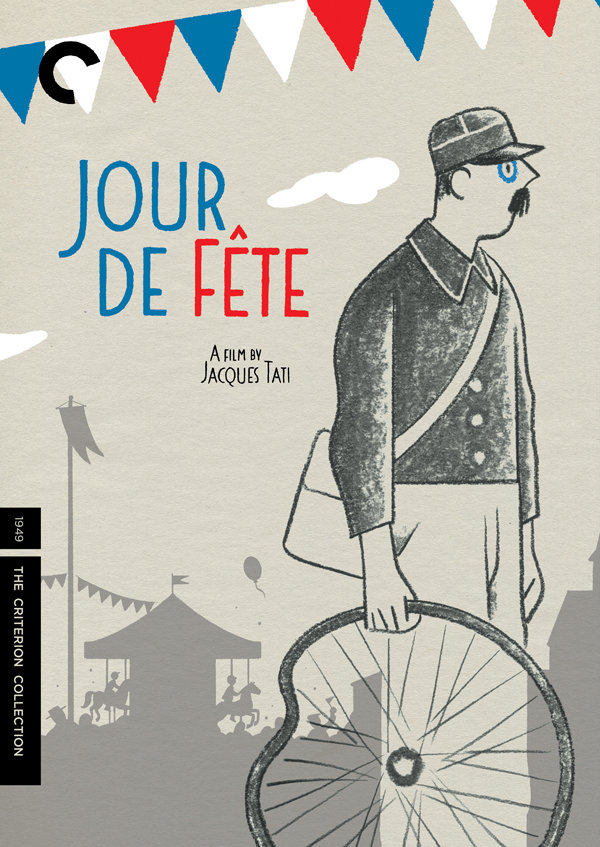 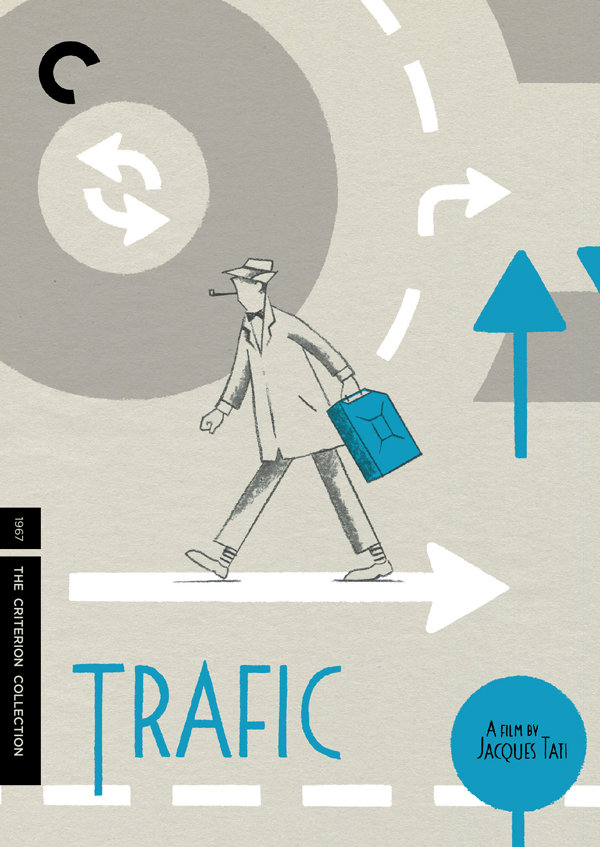 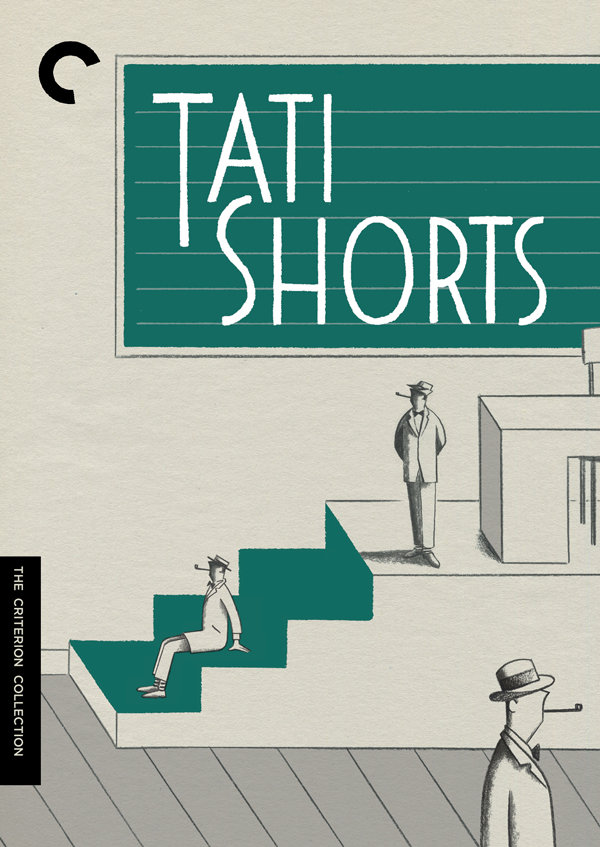 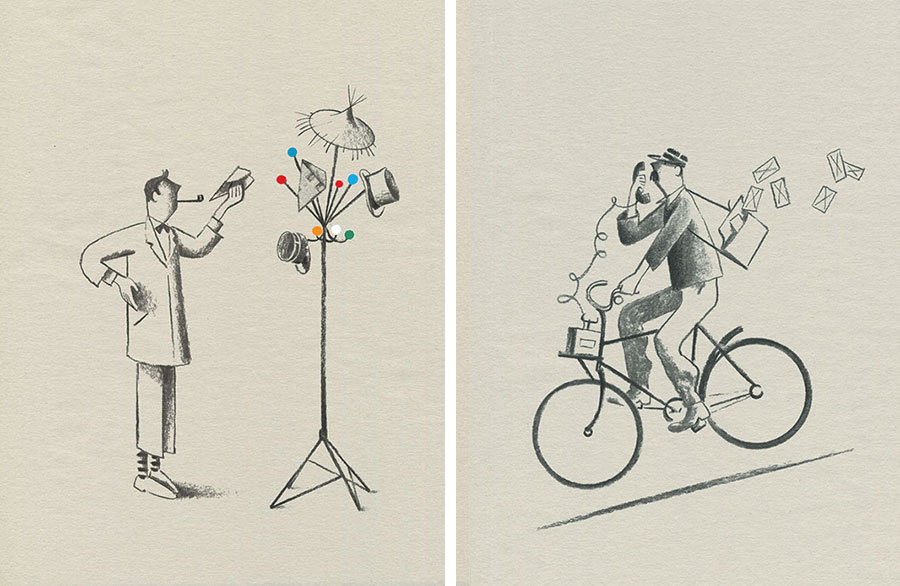 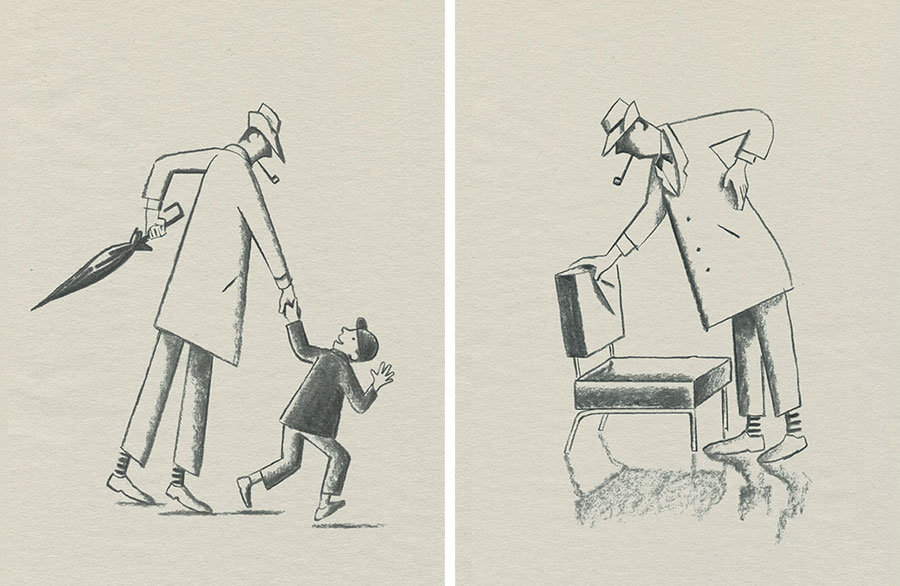 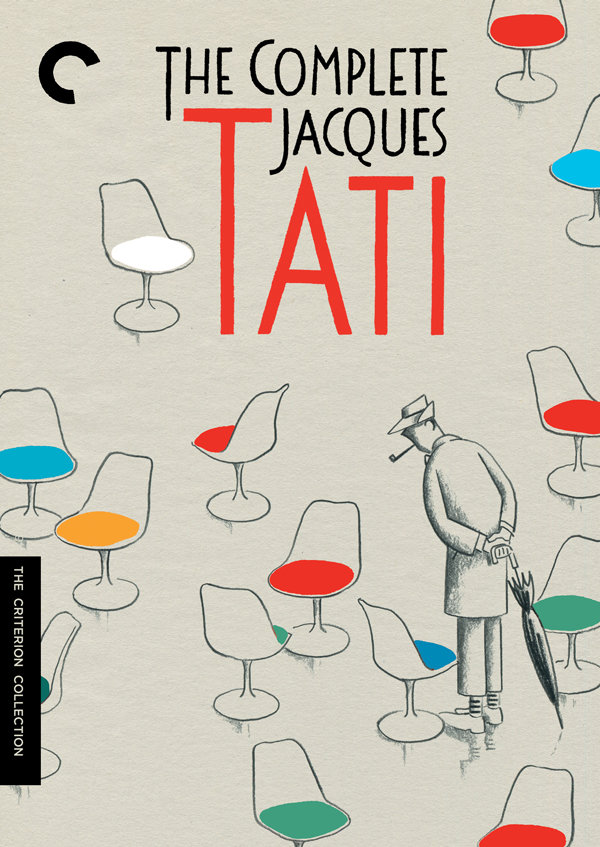 You can see more of David Merveille’s work on his website. The Complete Jacques Tati is out on DVD and Blu-ray next Tuesday. Many thanks to Sarah Habibi and Liz Helfgott at the Criterion Collection.