As a sidebar to the New York Film Festival, the Film Society of Lincoln Center is currently running a retrospective of the great and underappreciated Japanese New Wave director Masahiro Shinoda. As an addendum to last week’s collection of posters from the festival (which I have since updated) I thought I’d collect the best Shinoda posters I could find. For some time I’ve been meaning to write about the superb Japanese designer Kiyoshi Awazu, who died last year at the age of 80. His poster, above, for Shinoda’s Himiko (1974) is a stunner, and one I would love to see full size (the better to see those tiny figures at the bottom). Awazu also designed the poster for Shinoda’s Double Suicide (1969) below, another favorite of mine (and the film itself is unmissable). Next to that is a terrific Polish poster for Shinoda’s Gonza the Spearman (1986) which reminds me of the work of Hans Hillman. Below those are posters for Under the Blossoming Cherry Trees (1975), Tears on the Lion’s Mane (1962) and two—one American, one Japanese—for Demon Pond (1979). Thanks to Posteritati for a couple of these, and if anyone comes across any other great posters for Shinoda’s films I’d love to see them. 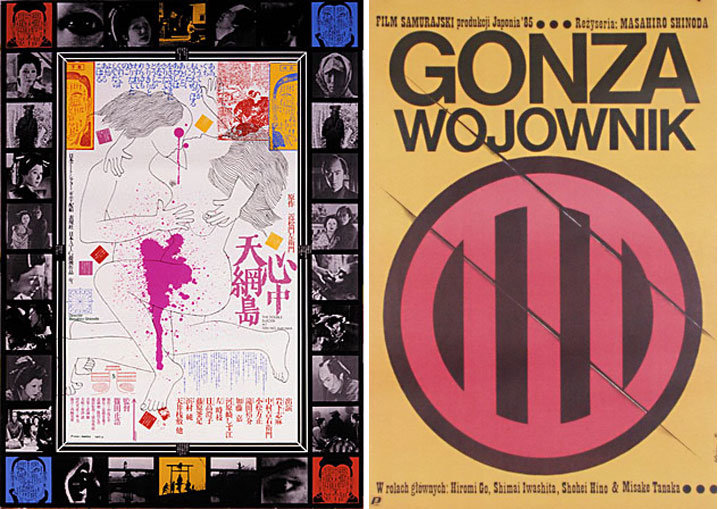 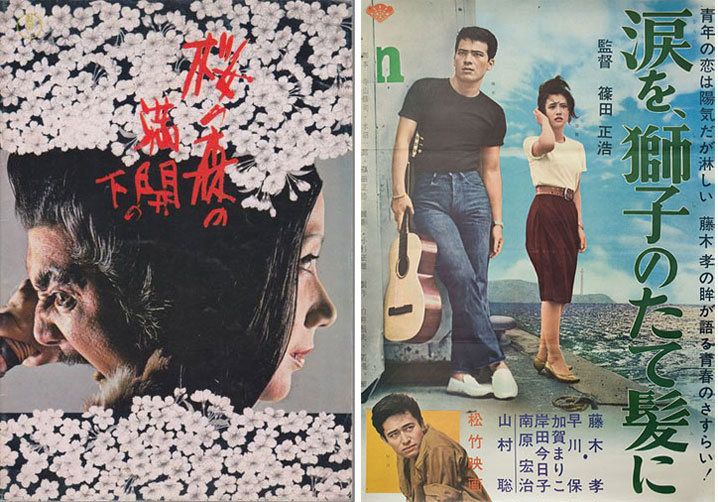 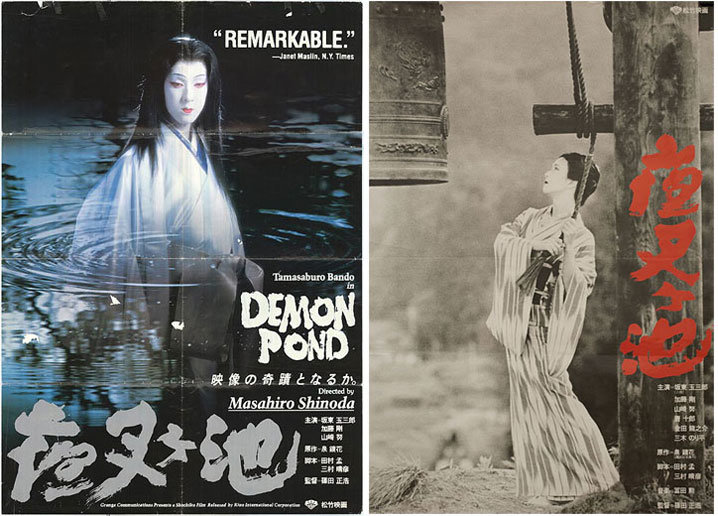 Movie Poster of the WeekNYFFNYFF 2010Shinoda
2
Please login to add a new comment.