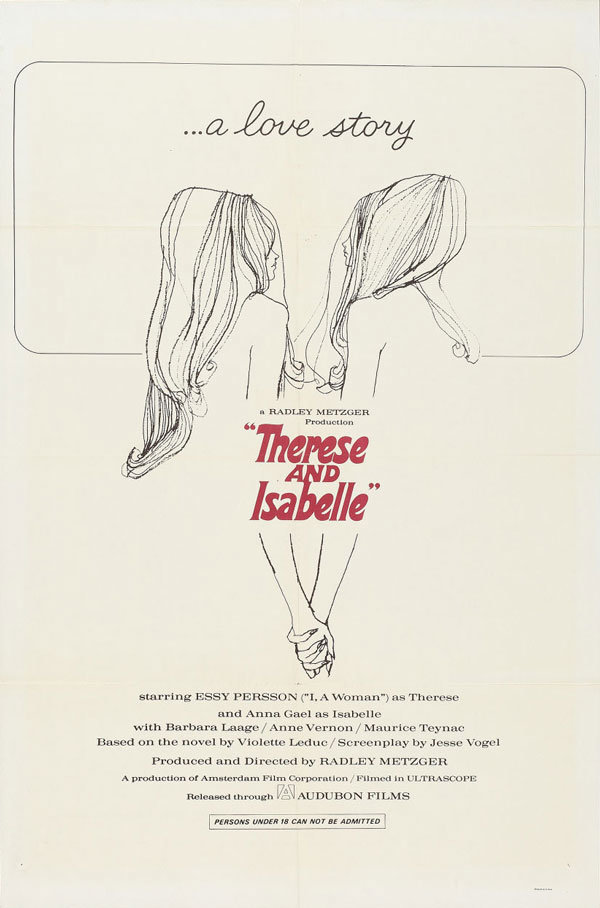 I first came to know of Radley Metzger through his posters, which bears out what the 85-year-old erstwhile king of high-class erotica told me recently, that “my respect for poster design came from my realization that more people would see my posters—for a longer period—than would see my films.” ﻿That should be rectified somewhat next week when the Film Society of Lincoln Center in New York embarks on a week-long, 8-film retrospective of Metzger’s legendary, ground-breaking “Art Cinema Erotica.” 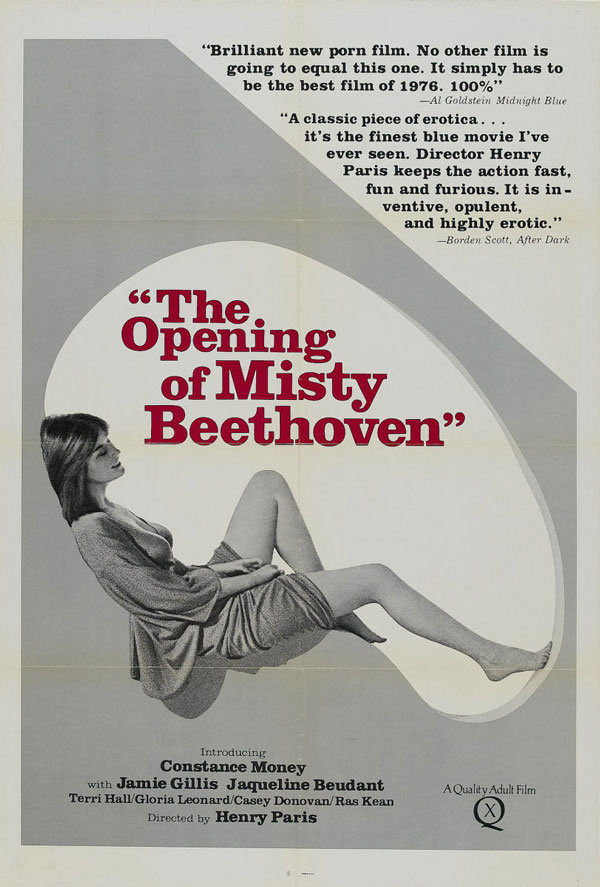 Henry Paris was, it turned out, a pseudonym used by Radley Metzger for his more hardcore work in the mid ’70s (though Misty’s poster certainly didn’t look hardcore.) And searching for posters for both Henry Paris and Radley Metzger I came across a trove of designs from the 1960s and 70s that all had a distinctive look: often black and white (with a splash of red), spare and serious, they looked more like posters for European art films than for pornography or sexploitation.

Radley Metzger’s first film, Dark Odyssey, made in 1958, was a serious drama about a Greek immigrant in New York. While shopping the film around to distributors Metzger was introduced to Janus Films, then the leading distributor of foreign-language art cinema. Metzger ended up working for Janus as an editor for a number of years, cutting trailers for films by Bergman, Antonioni and the like.

At Janus he met booker Ava Leighton and together they formed their own distribution company, Audubon Films, which imported and re-edited (and occasionally even partially re-shot) the kind of foreign sexploitation films which found an audience in the US in the wake of the permissive European art cinema that Janus had championed. Audubon’s first big hit came with the 1965 Swedish film I, A Woman, whose striking poster set the tone for the Audubon style. 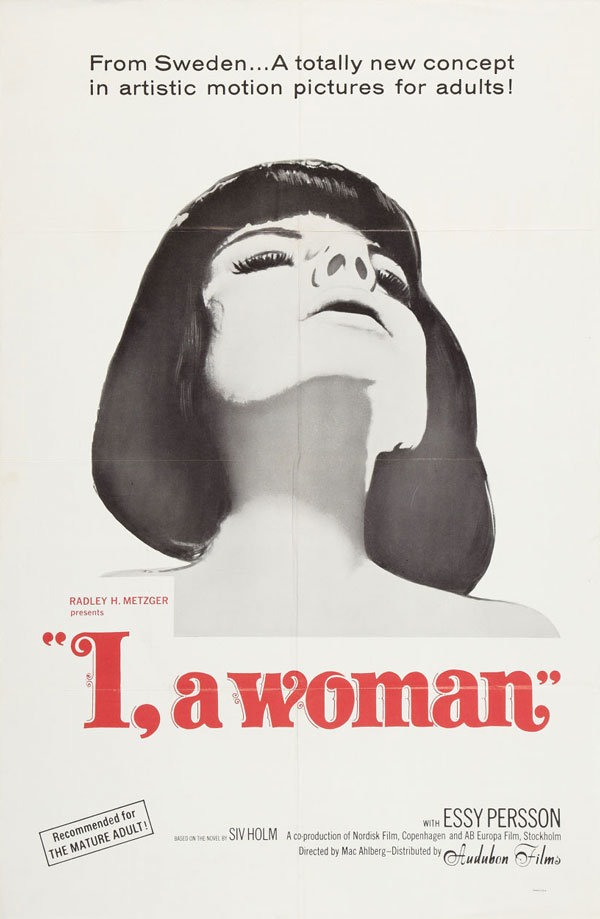 Though there is a distinctive look to Audubon’s posters, Metzger told me “we didn't have an in-house designer. We didn't want an ‘Audubon’ or ‘Radley Metzger’ look. We tried to give each film a special and distinctive personality.﻿” Some of the other foreign titles Audubon released included Koreyoshi Kurahara’s 1960 Japanese film The Warped Ones, retitled The Weird Love Makers... 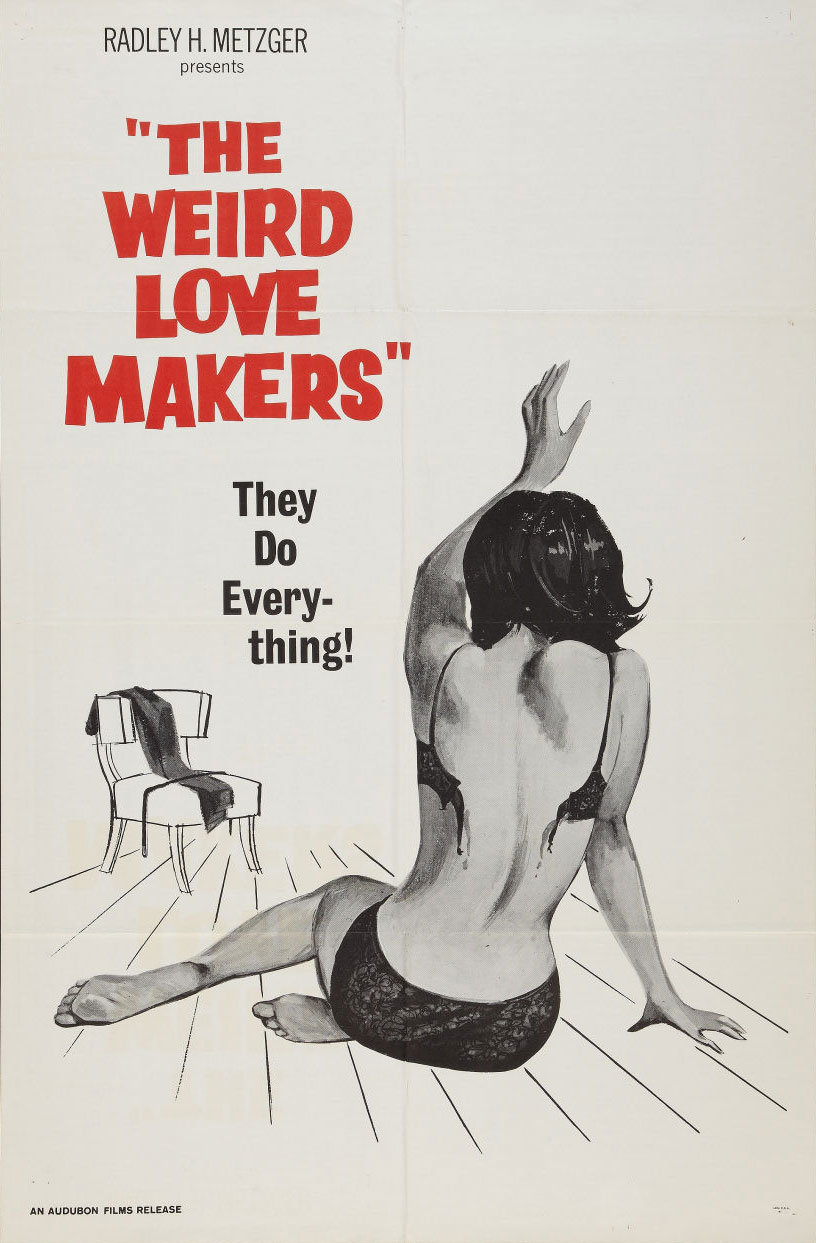 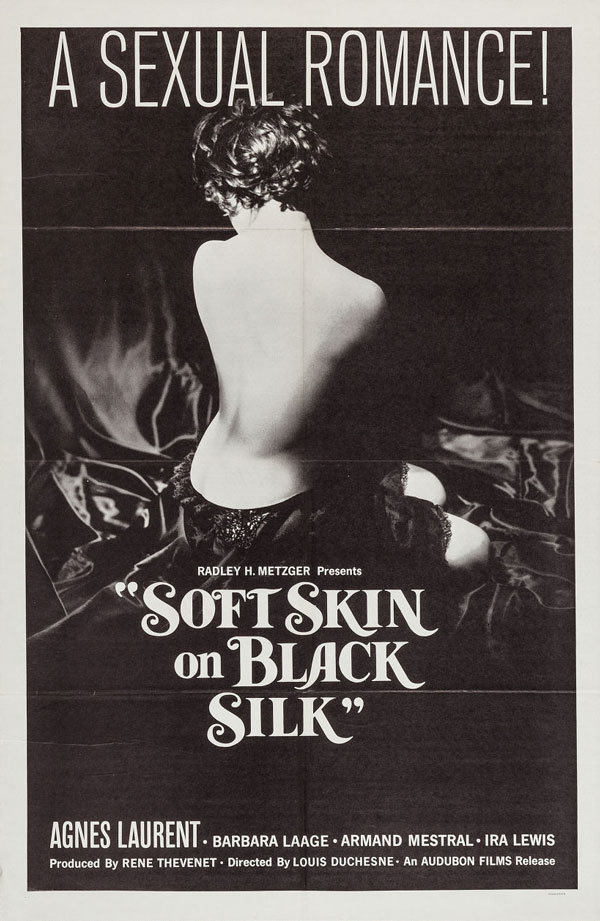 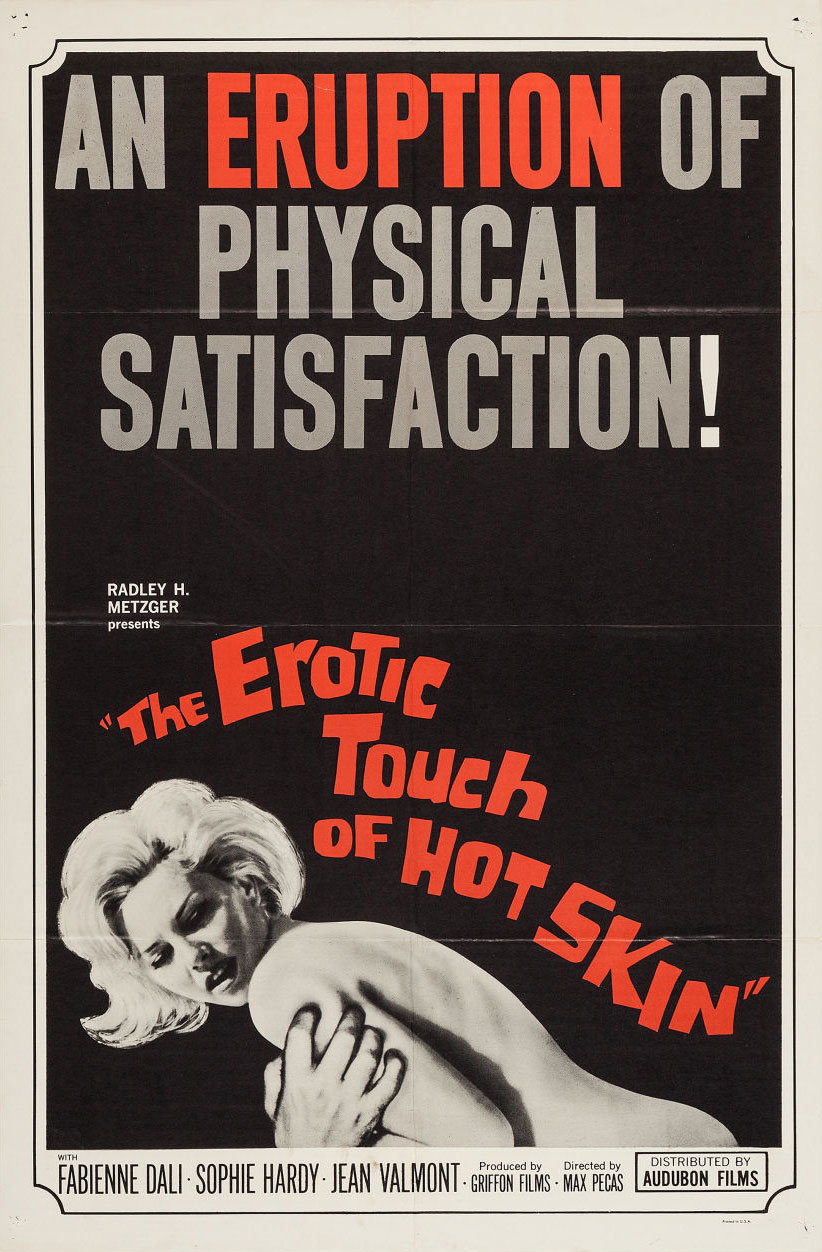 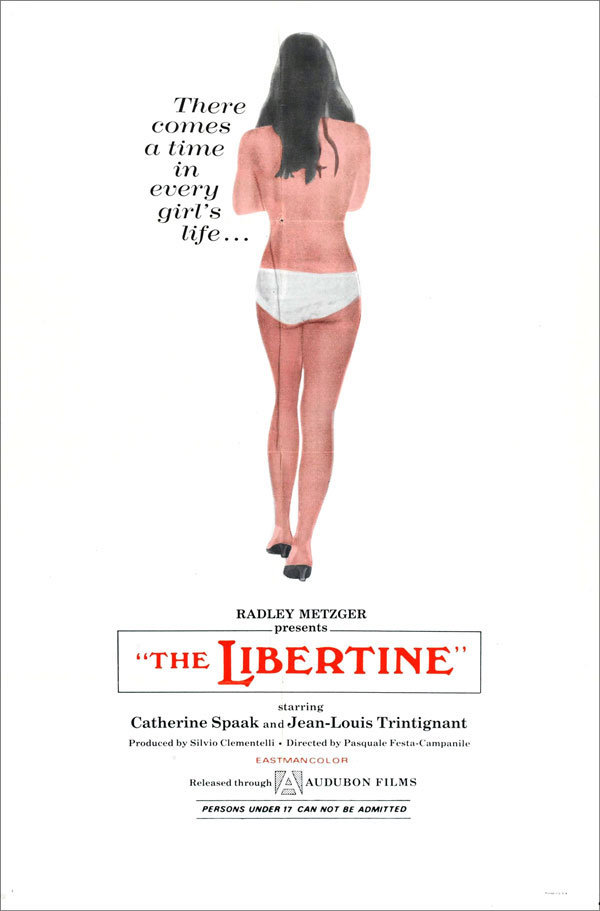 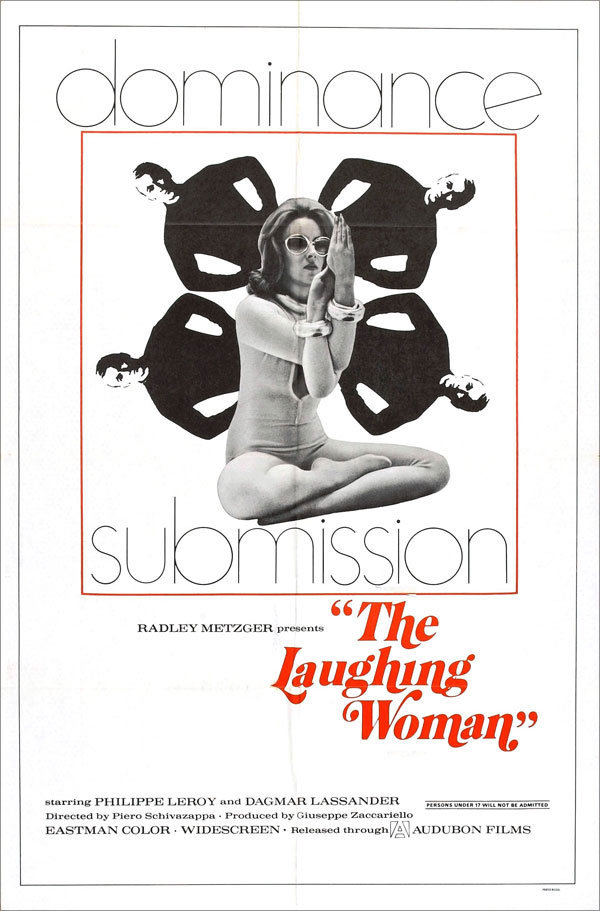 Metzger returned to directing in 1963 with The Dirty Girls and for ten years, before the advent of hardcore ushered in by the likes of Deep Throat, he was the high priest of cinerotica. The Metzger name, both on his own films and on his Audubon releases, became a byword for smart, classy, tasteful titillation; his sexually explicit romances and roundelays filmed in European resorts and adapted from literary texts went some way towards making sexploitation respectable, and the posters were part of that bid for respectability. I asked Metzger if he had a personal favorite among his posters and he said that “I think there's a special quality in each of the them. But I’ve always been partial to Therese and Isabelle [see top] because of its purity, clarity, and simplicity.﻿”

The following are some of the best posters from the Metzger oeuvre. 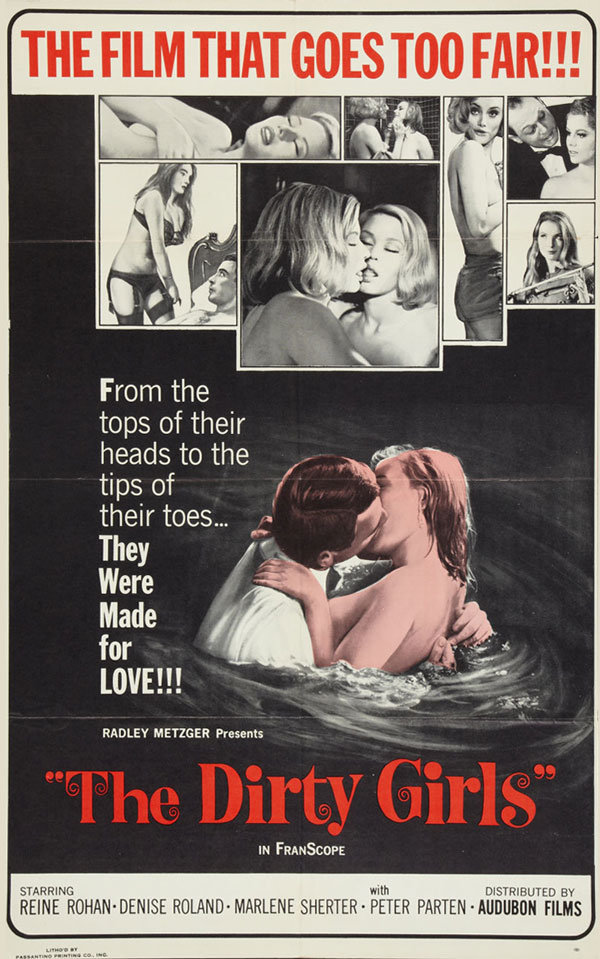 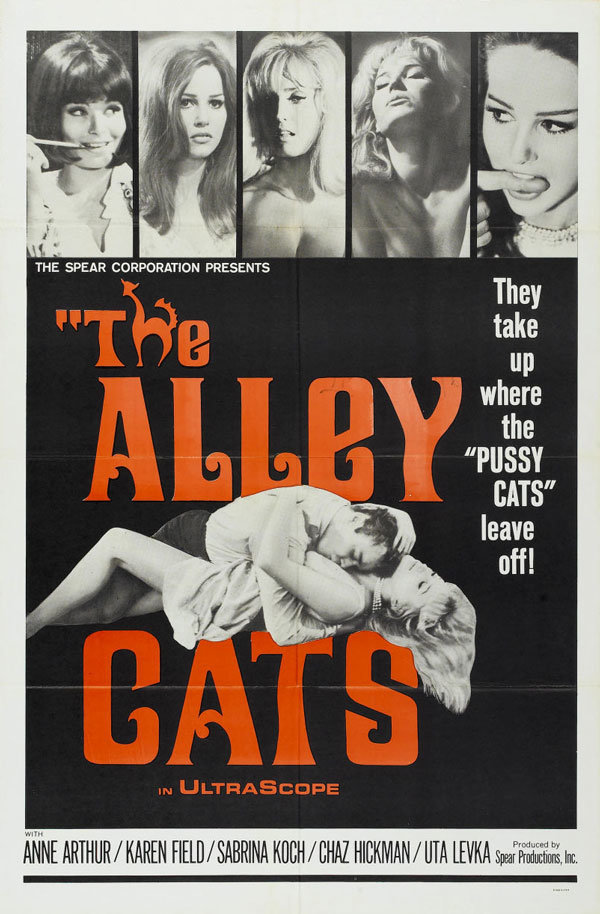 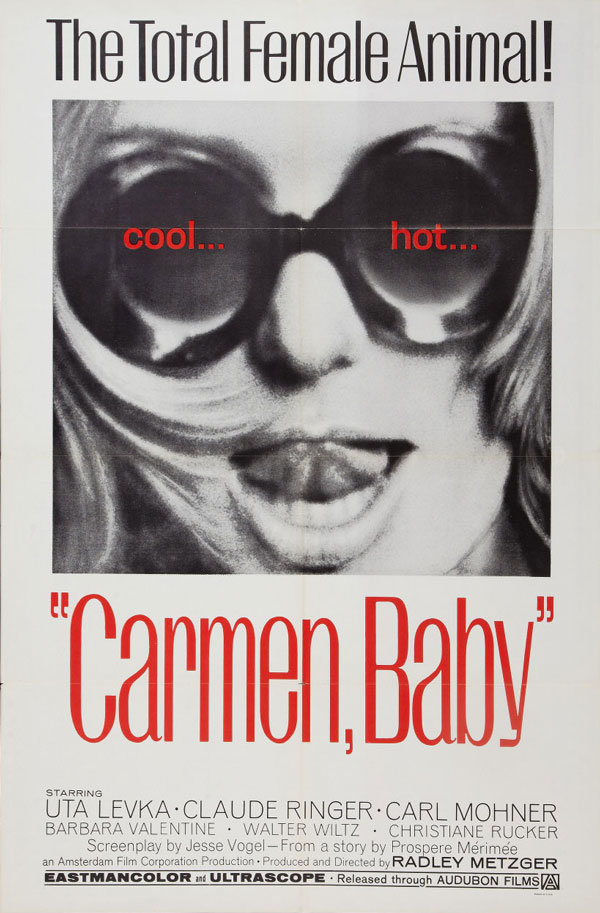 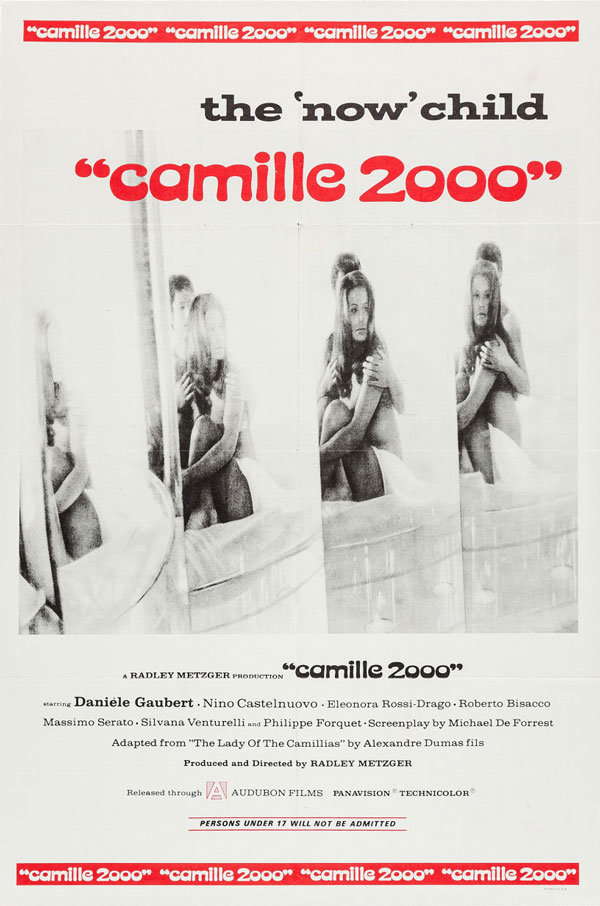 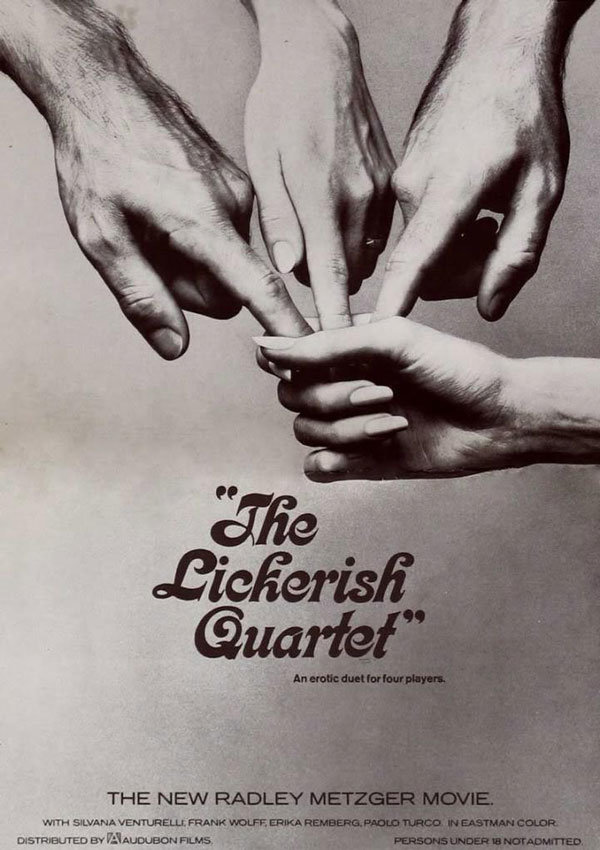 Above: The Lickerish Quartet (1970), often described as Metzger’s magnum opus.﻿ 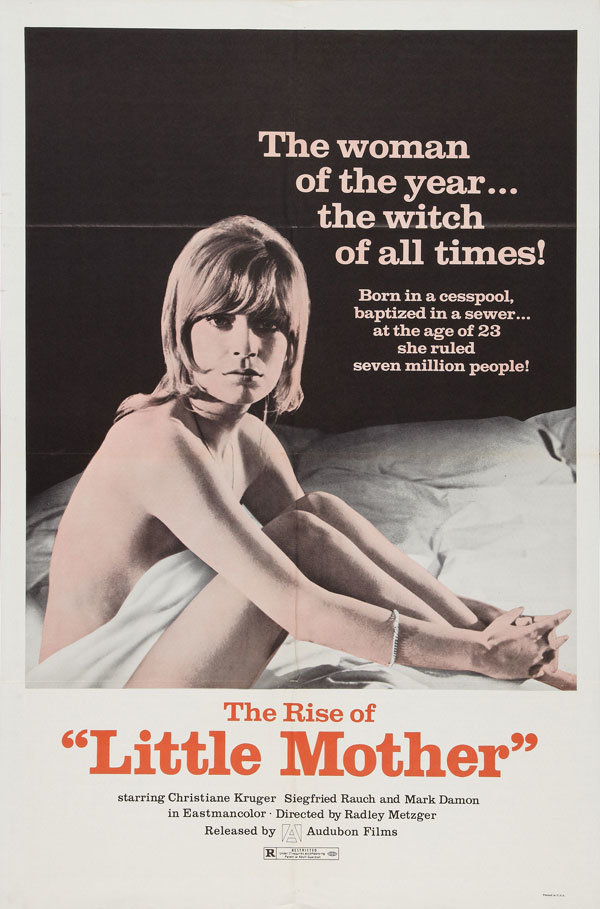 There is a superb article on Metzger by Maitland McDonagh on the Film Comment blog ﻿which I highly recommend reading. This is Softcore: The Art Cinema Erotica of Radley Metzger runs August 7–13 at the Film Society of Lincoln Center. Thanks to Heritage Auctions for most of the posters and many thanks to Radley Metzger and Gavin Smith.